Two of firms that Rishi Sunak’s wife had shares in go bust owing £623,000 to taxman – after one secured £1.3m in Covid cash from husband’s scheme

Two businesses in which Rishi Sunak’s owned shares have gone bust in the pandemic owing £623,000 to the taxman – after one secured £1.3million from her husband’s Covid loan scheme.

Her investment firm, Catamaran Ventures, is one of 53 shareholders in Mrs Wordsmith Limited, an educational firm that fell into administration in March owing £16.3m, despite receiving a £1.3million loan from the government’s Future Fund. 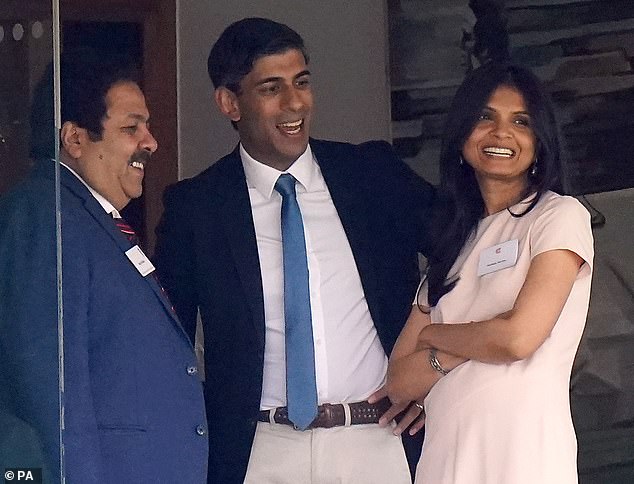 It also put staff on furlough but ‘no longer able to resist the pressure from HM Revenue and Customs and other key creditors’, The Mirror reported, citing administrators.

Lava Mayfair also furloughed staff but was unable to continue operating after its landlord sued when rent payments went unpaid.

It is in debt to Metro Bank for £9.9m and Ms Murthy is among shareholders who will lose money.

The business, which was financed by an ethical investment company, was in the process of refurbishing a Grade II listed, seven-storey building in central London to create a new venue offering restaurants, bars, a gym, exhibition space and meeting rooms.

Ms Murthy, 41, is one of Britain’s wealthiest women, with shares in her billionaire father’s tech firm worth £430million.

She and her relatives hold a multimillion pound portfolio of shareholdings which came to light amid questions over the Chancellor, who met his future wife while studying at Stanford University, California, failing to declare them in the register of ministers’ interests.

Mr Sunak, 41, has put his investments in a ‘blind trust’ and is not required to name companies in which his wife – who he met while studying at Stanford University – owns shares. 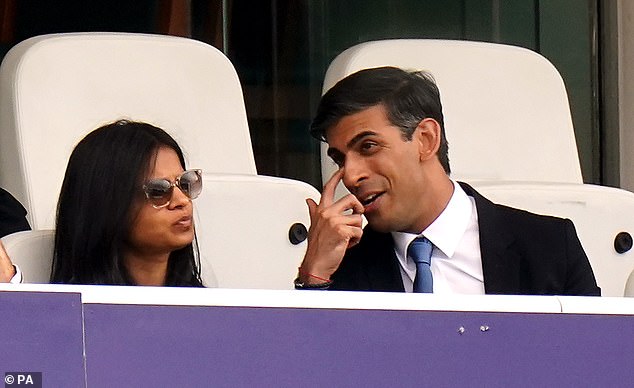 Her assets make Ms Murthy richer than the Queen, who is estimated to be worth £350million, according to the Sunday Times Rich List.

She is the daughter of one of the richest men in India – billionaire N. R. Narayana Murthy – who has been described as the father of the Indian IT sector and ‘one of the 12 greatest businessmen of all time’.

Mr Sunak is the son of a GP father and pharmacist mother who emigrated to Southampton from East Africa in the 1960s, and he studied at Oxford University before winning a Fulbright scholarship to Stanford where the future husband and wife met.

Before becoming Chancellor, he was better known in India than he was in Britain after his marriage made him a household name. 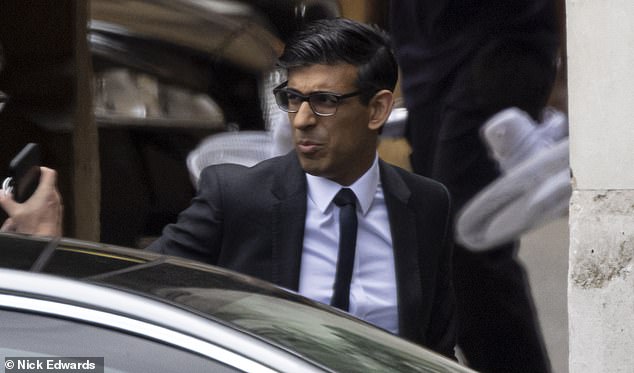 Mr Sunak, the Chancellor, is pictured leaving his car in Westminster today