One is Britain’s much-heralded new 10,400-tonne polar research ship, while the other is one of the world’s most famous wrestlers weighing in slightly less at 300lbs.

But a remarkable similarity has been spotted between the RSS Sir David Attenborough and Hulk Hogan following the launch of the vessel last Thursday.

The ship, which voters in an online poll had wanted to call Boaty McBoatface, has small windows and a bow which – when on its cradle – looks much like the wrestler. 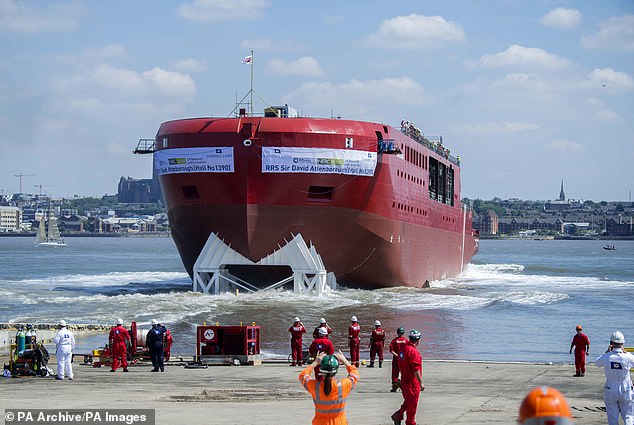 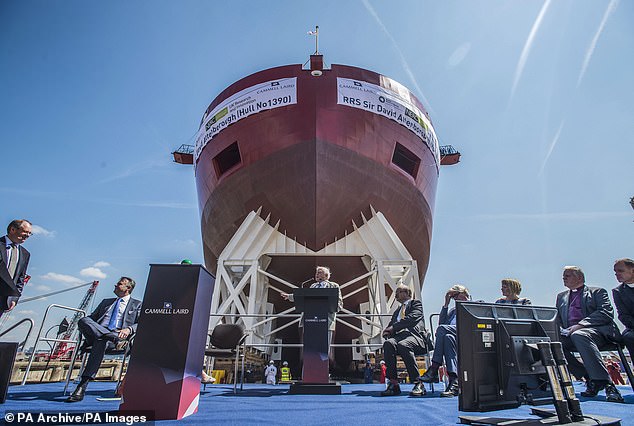 The likeness was spotted by digital content director Richard Innes, who tweeted about it in a post which has since received 11,000 likes and 1,500 retweets.

His tweet has prompted a raft of replies and memes over the past few days, with one Twitter user joking that the boat should be called ‘Hulky McHulface, brother’.

Another said: ‘What ya gonna do?! When Boaty McBoatface docks on you!’ and a third added: ”I tell you something brother!’ You might be onto something there.’

The picture tweeted by Mr Innes was of the ship’s launch onto the River Mersey in July last year, and others claimed they had previously spotted the similarity. 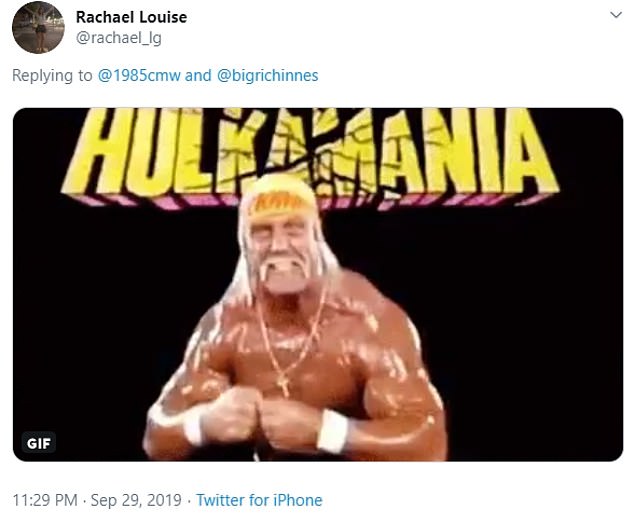 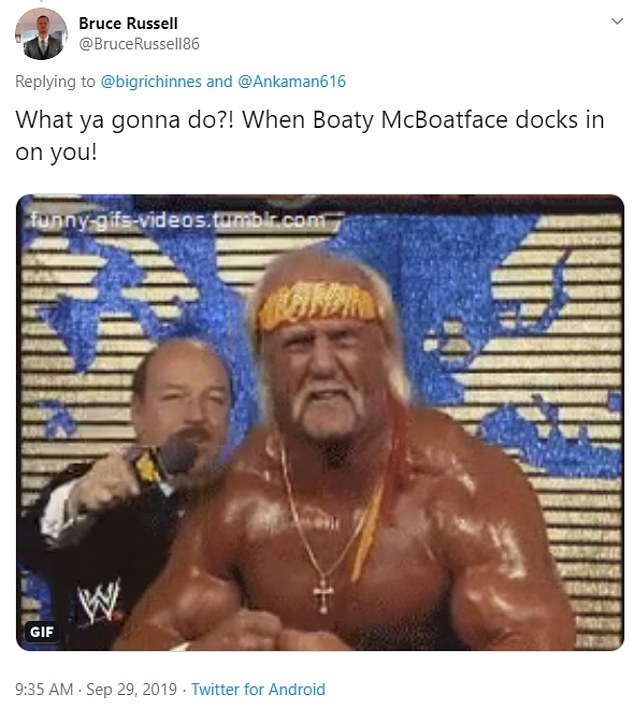 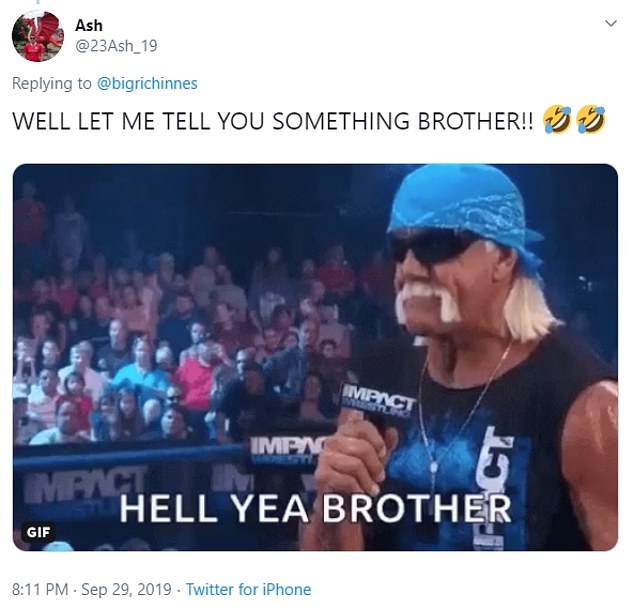 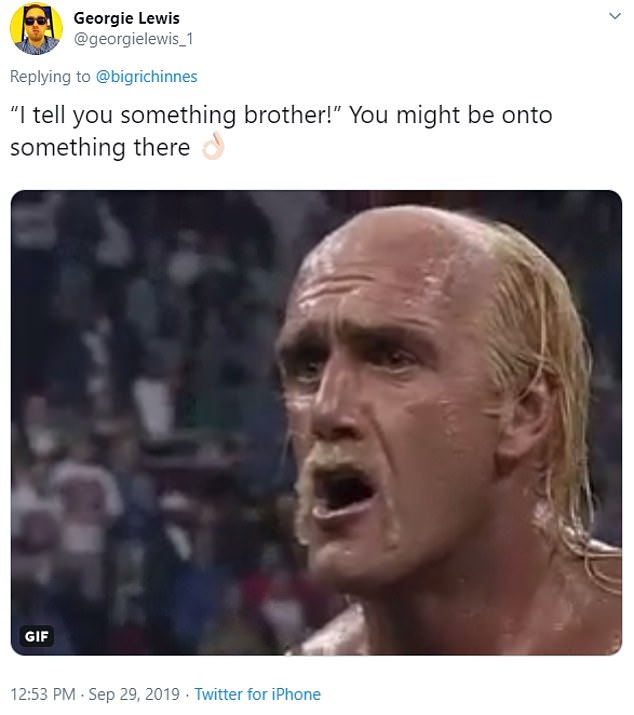 Hogan, real name Terry Bollea, became a flamboyant star in the 1980s with the World Wrestling Federation, and the frenzy of his fans was known as ‘Hulkamania.’

Last Thursday, the Duke and Duchess of Cambridge were joined by nature broadcaster Sir David, 93, for the launch at Cammell Laird shipyard on Merseyside.

As crowds cheered and hundreds of local schoolchildren watched on, a bottle of champagne was smashed against the hull of the £200million ship.

Initially suggested as a joke by a voter, the name Boaty McBoatface became the runaway winner in an poll, with 124,000 votes – 90,000 more than the runner-up.

However then science minister Jo Johnson said that while the suggestion had ‘captured the imagination’, the vessel would instead be named after Sir David. 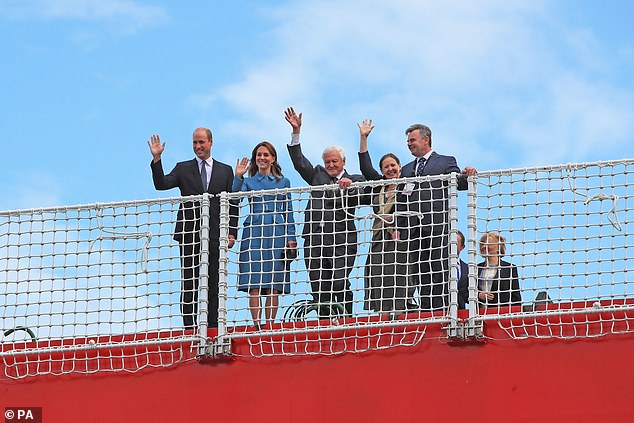 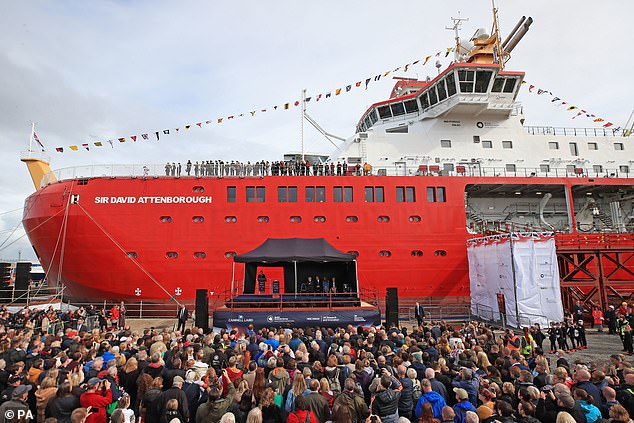 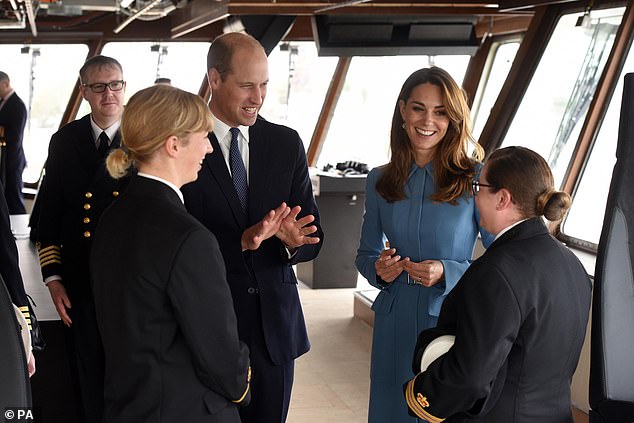 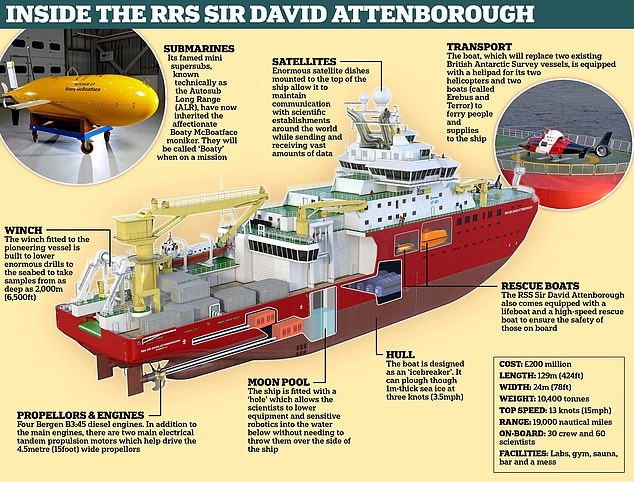 Kate, William and Sir David were given a tour of the ship and shown a miniature, unmanned yellow submarine that is carried on board – named Boaty McBoatface.

The ship will replace the RRS James Clark Ross, nearing the end of a 25-year lifespan, and RRS Ernest Shackleton, which was returned to its owners after 20 years’ service.

The ship will be able to stay for 60 days in sea ice without being refuelled and has scientific equipment so researchers can study the ocean, seafloor and atmosphere.

Hogan has not yet commented on the likeness, but MailOnline has contacted his management team to ask what he thinks of the similarity.