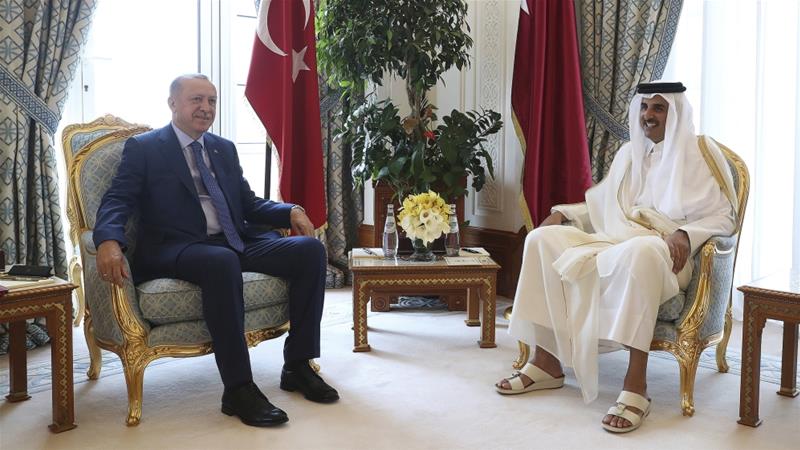 A statement by Turkey’s Communications Directorate on Thursday said the leaders of the two “brotherly and friendly” nations would exchange views on regional and international issues.

Ankara and Doha have enjoyed strong relations, particularly since the Gulf crisis erupted on June 5, 2017, when Saudi Arabia, the United Arab Emirates, Bahrain and Egypt imposed a blockade on Qatar and severed diplomatic relations.

The blockading countries stopped many vital exports to Qatar, including basic food supplies. To avoid potential food shortages, Turkey sent cargo planes full of essential food items to Qatar within less than 48 hours of the start of the blockade.

In 2016, when hundreds of people were killed in a failed coup in Turkey, the Qatari emir was the first world leader to call Erdogan and express support to his government.

The two countries have also strengthened military ties, with Turkey maintaining a military base in Qatar since 2015 – and the two sides’ armies carrying out joint military drills in recent years.