Donald Trump has fallen further behind Joe Biden following bombshell reports that the president knowingly misled Americans about the dangers of COVID-19 and privately disparaged dead U.S. soldiers as “suckers” and “losers,” according to a new Yahoo News/YouGov poll.

The survey, which was conducted from Sept. 9 to 11, shows Biden leading Trump by 10 percentage points among registered voters, 49 percent to 39 percent. The previous Yahoo News/YouGov poll found Biden ahead by just 6 points immediately after the Republican National Convention.

The results suggest that a week of unrelenting and unflattering revelations about Trump — from the Atlantic report on his alleged contempt for Americans wounded or killed in war (which appeared on Sept. 3) to Bob Woodward’s recordings of Trump admitting he downplayed the deadliness of COVID-19 (released on Sept. 9) — has damaged the president’s standing with voters.

Asked if their opinion of Trump’s coronavirus response has changed because of Woodward’s big scoop — a tape of Trump privately acknowledging the virus was “deadly stuff” even as he publicly sought, in his own words, “to play it down”— nearly a quarter of Americans (23 percent) say yes. Even 15 percent of those who voted for Trump in 2016 say the Woodward news has changed their mind about the president’s handling of the pandemic.

Those might seem like small numbers. But in an age of extreme polarization, they could augur a real shift. Overall, 15 percent of Americans say the Woodward quotes have made them less likely to vote to reelect the president in November — and a third of these were 2016 Trump supporters.

The military story seems to have had a similar impact. Asked which candidate shows more respect for the military, 50 percent of registered voters name Biden, compared to 39 percent for Trump. By the same margin, voters say Biden would do a better job leading the military than the current commander in chief. 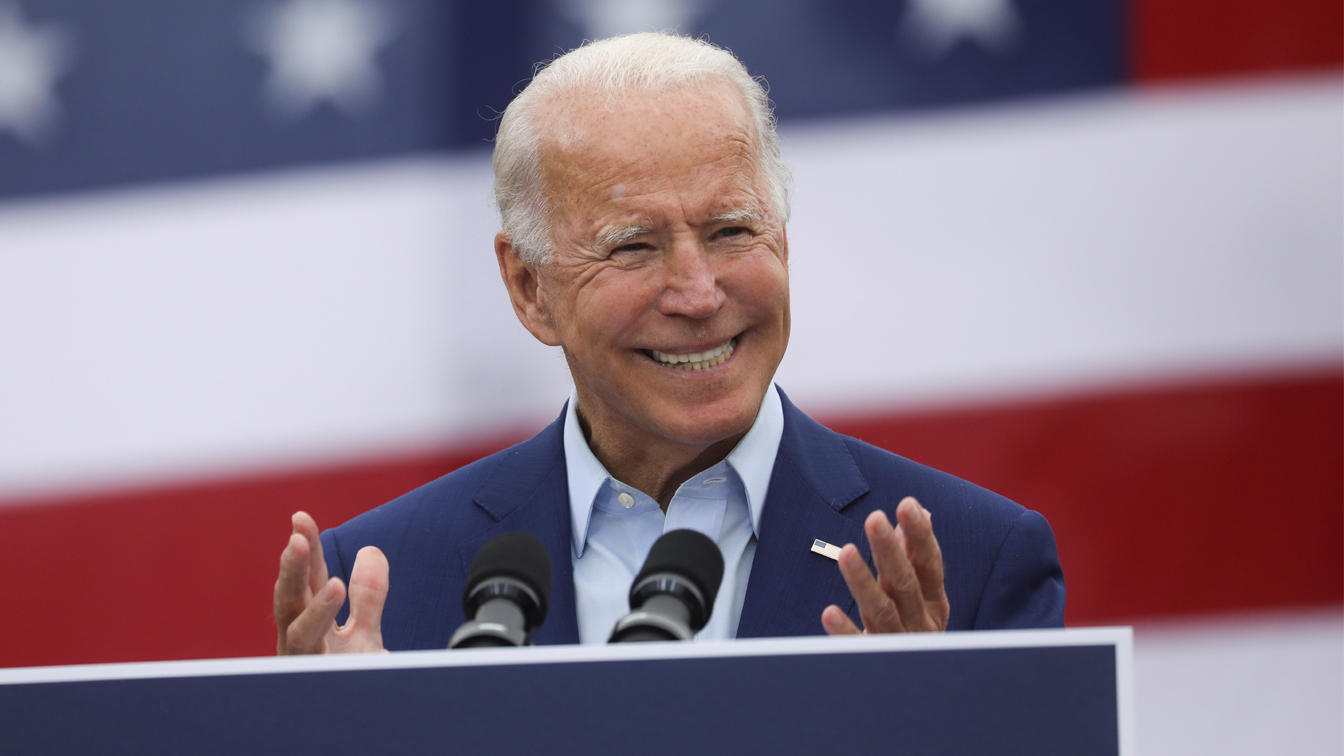 Registered voters reject Trump — and prefer Biden — on nearly every major issue. For instance, a wide majority of them (57 percent) disapprove of the president’s handling of the pandemic; only 40 percent approve. By a 17-point margin (48 percent yes to 31 percent no) voters say the current coronavirus situation in the U.S. would be better right now if Biden had been president instead of Trump.

Likewise, only 37 percent of registered voters approve of the way the president has handled the Black Lives Matter protests; 54 percent disapprove. In the wake of the protests in Kenosha, Wis., an even larger majority of registered voters (57 percent) say Trump “makes things worse” when he talks about race. Just 27 percent say he “makes things better.” By a 15-point margin, voters believe that Biden (49 percent) would have handled the Black Lives Matter protests better than Trump (34 percent).

Looking forward, a 10-point plurality thinks that if Biden is elected, there will be less violence of the sort seen in Kenosha (42 percent) rather than more (32 percent). Half as many voters believe Biden wants to “abolish the suburbs” (23 percent) — a frequent Trump attack — than believe he wants to do no such thing (46 percent). And a full 61 percent predict there will be more violence if Trump is reelected, while just 20 percent say there will be less.

Before the Atlantic and Woodward stories broke, the nation’s attention was focused on Trump’s push to release a COVID-19 vaccine before Election Day — an event that Trump campaign advisers have privately called “the holy grail.”

But the Yahoo News-YouGov poll suggests that even an “October Surprise” vaccine might not save Trump’s reelection bid. Only 16 percent of registered voters think that a vaccine released before Election Day would be safe; 58 percent believe the opposite. Even more of them (62 percent) say that it’s a bad idea for Trump to push health officials to release a vaccine before the election, with just 17 percent saying it’s a good idea.

The Yahoo News survey was conducted by YouGov using a nationally representative sample of 1,577 U.S. adult residents interviewed online September 9 to 11, 2020. This sample was weighted according to gender, age, race and education based on the American Community Survey, conducted by the U.S. Bureau of the Census, as well as 2016 presidential vote, registration status, geographic region and news interest. Respondents were selected from YouGov’s opt-in panel to be representative of all U.S residents. The margin of error is approximately 3.3 percent.