Trump on Twitter accused local politicians of price-gouging, although much of the projected $US92 million price was attributed to Pentagon costs for aircraft, equipment and personnel. 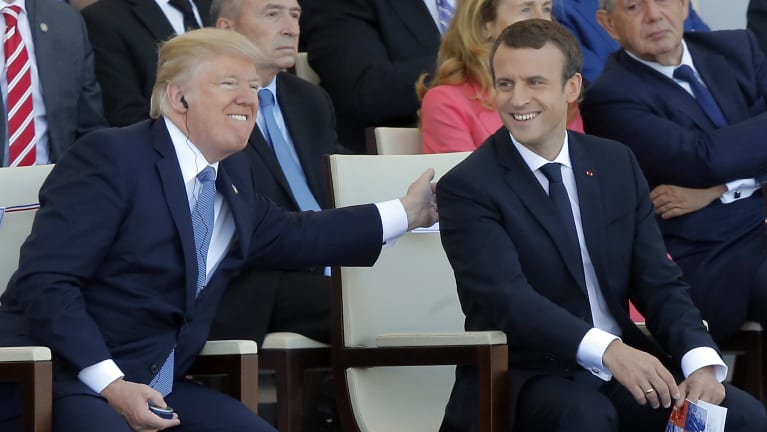 Trump decided he wanted a military parade in Washington after he attended France’s Bastille Day celebration in the center of Paris last year.

The Defense Department announced a day earlier that there would be no parade in 2018. Trump said perhaps something could be scheduled next year when the price "comes WAY DOWN." He did not explain how the costs would be reduced.

Trump said he would instead attend an event at Andrews Air Force Base on another day and travel to Paris for November 11 events marking the centennial of the end of fighting in World War I.

Colonel Rob Manning, a Pentagon spokesman, said Thursday that the military and the White House "have now agreed to explore opportunities in 2019."

That announcement came several hours after The Associated Press reported that the parade would cost about $US92 million, according to US officials citing preliminary estimates more than three times the price first suggested by the White House.

According to the officials, roughly $US50 million would cover Pentagon costs for aircraft, equipment, personnel and other support for the November parade in Washington. The remainder would be borne by other agencies and largely involve security costs. The officials spoke on condition of anonymity to discuss early planning estimates that have not yet been finalised or released publicly.

Officials said the parade plans had not yet been approved by Defense Secretary Jim Mattis.

Mattis himself said late Thursday that he had seen no such estimate and questioned the media reports.

The Pentagon chief told reporters travelling with him to Bogota, Colombia, that whoever leaked the number to the press was "probably smoking something that is legal in my state but not in most" — a reference to his home state of Washington, where marijuana use is legal. 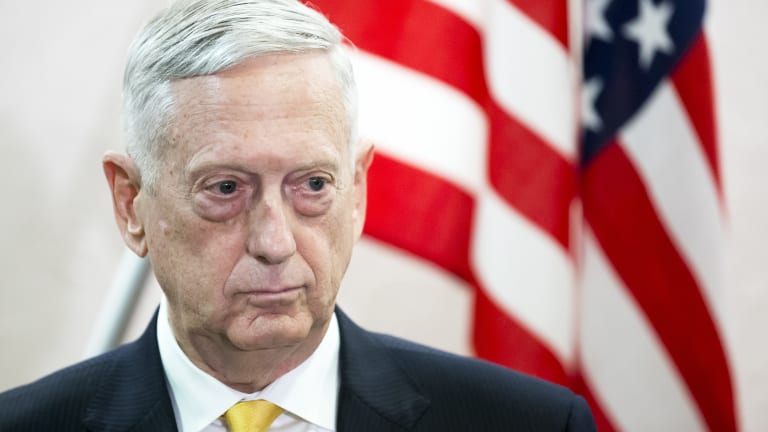 James Mattis, US secretary of defence.

He added: "I'm not dignifying that number ($US92 million) with a reply. I would discount that, and anybody who said (that number), I'll almost guarantee you one thing: They probably said, 'I need to stay anonymous.' No kidding, because you look like an idiot. And No.2, whoever wrote it needs to get better sources. I'll just leave it at that."

The parade's cost has become a politically charged issue, particularly after the Pentagon cancelled a major military exercise planned for August with South Korea, in the wake of Trump's summit with North Korean leader Kim Jong-un. Trump said the drills were provocative and that dumping them would save the US "a tremendous amount of money." The Pentagon later said the Korea drills would have cost $US14 million.

Lieutenant colonel Jamie Davis, a Pentagon spokesman, said earlier Thursday that Defense Department planning for the parade "continues and final details are still being developed. Any cost estimates are pre-decisional."

The parade was expected to include troops from all five armed services – the Army, Navy, Air Force, Marine Corps and Coast Guard – as well as units in period uniforms representing earlier times in the nation's history. It also was expected to involve a number of military aircraft flyovers.

A Pentagon planning memo released in March said the parade would feature a "heavy air component," likely including older, vintage aircraft. It also said there would be "wheeled vehicles only, no tanks — consideration must be given to minimize damage to local infrastructure." Big, heavy tanks could tear up streets in the District of Columbia.

The memo from Mattis' office provided initial planning guidance to the chairman of the Joint Chiefs of Staff. His staff is planning the parade along a route from the White House to the Capitol and would integrate it with the city's annual veterans' parade. US Northern Command, which oversees US troops in North America, is responsible for the actual execution of the parade.

Earlier this year, the White House budget director told Congress that the cost to taxpayers could be $US10 million to $US30 million. Those estimates were likely based on the cost of previous military parades, such as the one in the nation's capital in 1991 celebrating the end of the first Gulf War, and factored in some additional increase for inflation.

One veterans group weighed in Thursday against the parade. "The American Legion appreciates that our President wants to show in a dramatic fashion our nation's support for our troops," National Commander Denise Rohan said.

"However, until such time as we can celebrate victory in the War on Terrorism and bring our military home, we think the parade money would be better spent fully funding the Department of Veteran Affairs and giving our troops and their families the best care possible."

Trump decided he wanted a military parade in Washington after he attended France's Bastille Day celebration in the center of Paris last year. As the invited guest of French President Emmanuel Macron, Trump watched enthusiastically from a reviewing stand as the French military showcased its tanks and fighter jets, including many US-made planes, along the famed Champs- Elysees.

Several months later Trump praised the French parade, saying, "We're going to have to try and top it."