PRESIDENT Donald Trump called a reporter a "criminal" on Monday for not reporting on what he says is Joe Biden's criminal background.

While he was about to embark on a plane in Phoenix, Arizona, ahead of his campaign rally, Trump said: "Joe Biden is a criminal." 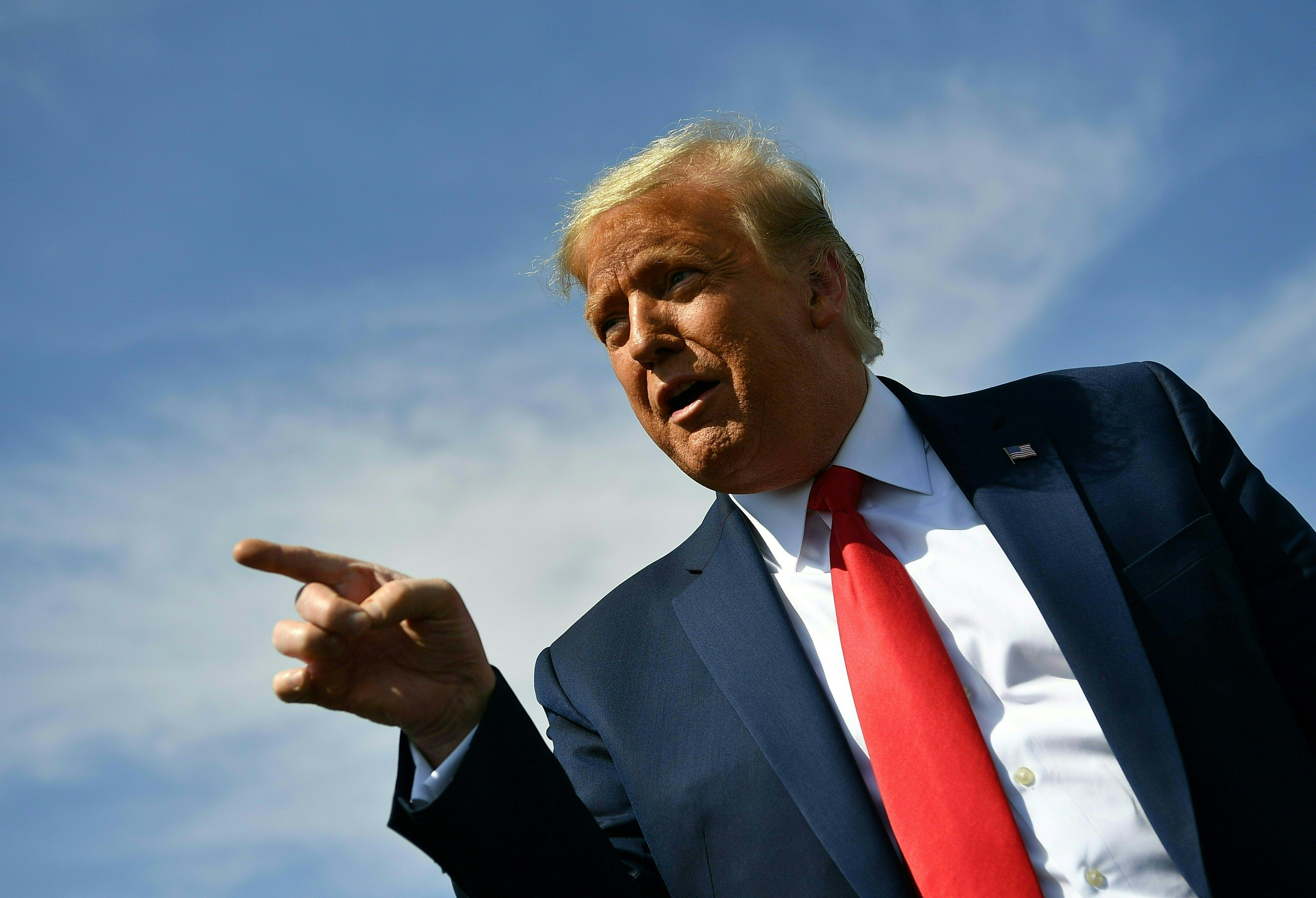 "He's been a criminal for a long time. And you're a criminal – and the media – for not reporting it," Trump told Reuters correspondent Jeff Mason.

Trump's remarks came after he had been asked by journalists why his "campaign strategy seems to be to call Biden a criminal."

"He got caught, read his laptop," Trump said of Biden's son, Hunter Biden. 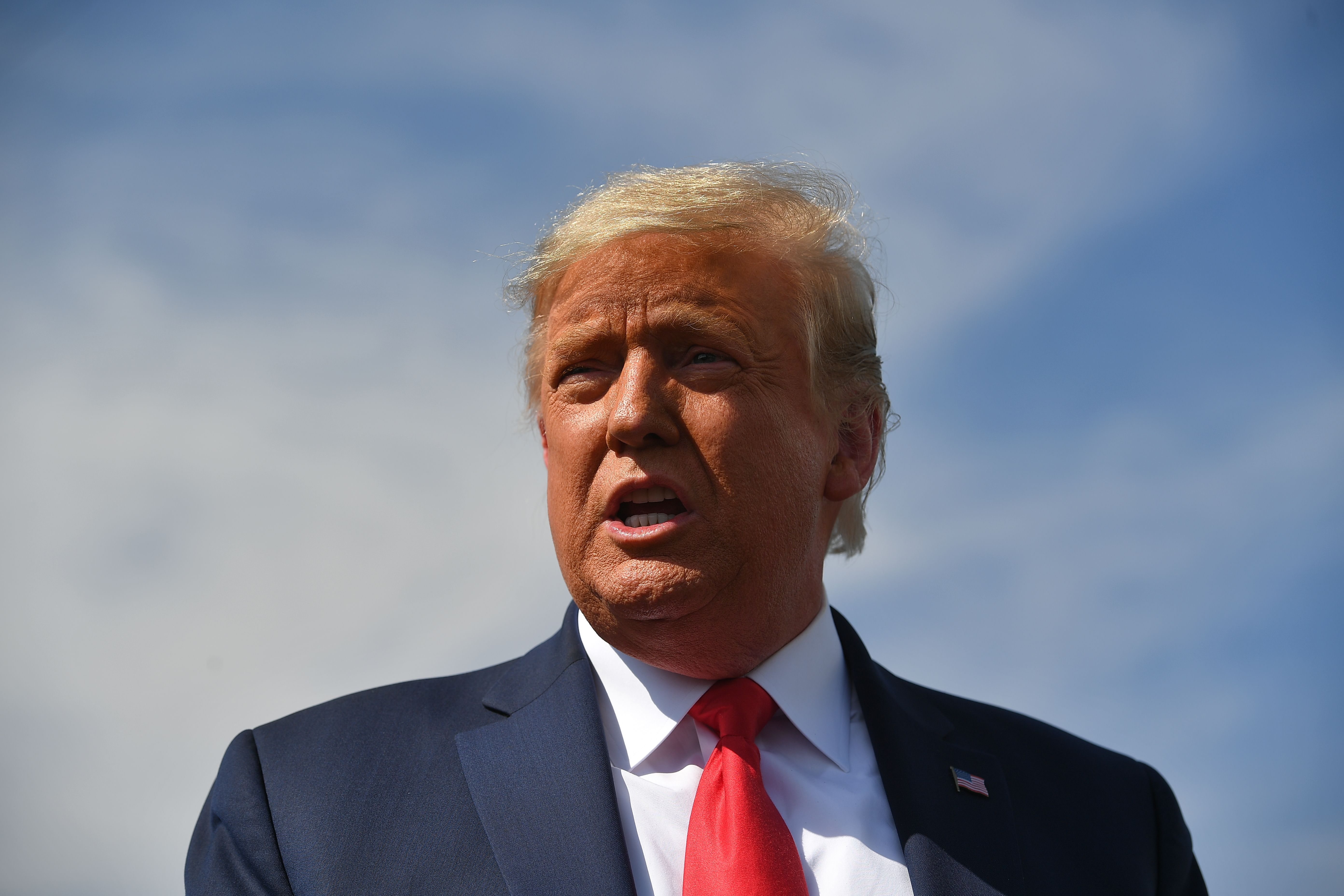 Hunter joined the board of the Ukrainian gas company Burisma in 2014, around the time Biden was helping conduct the Obama administration's foreign policy with Ukraine.

Trump and his supporters have alleged that Biden pushed for the firing of Ukraine's top prosecutor to protect his son and Burisma from any investigation.

Biden did push for the prosecutor's firing – but that's because he was reflecting the official position of not only the Obama administration, but many Western countries and because the prosecutor was seen as “soft on corruption.”

The Biden campaign said they looked over Biden's schedules from the time "and no meeting, as alleged by the New York Post, ever took place.” 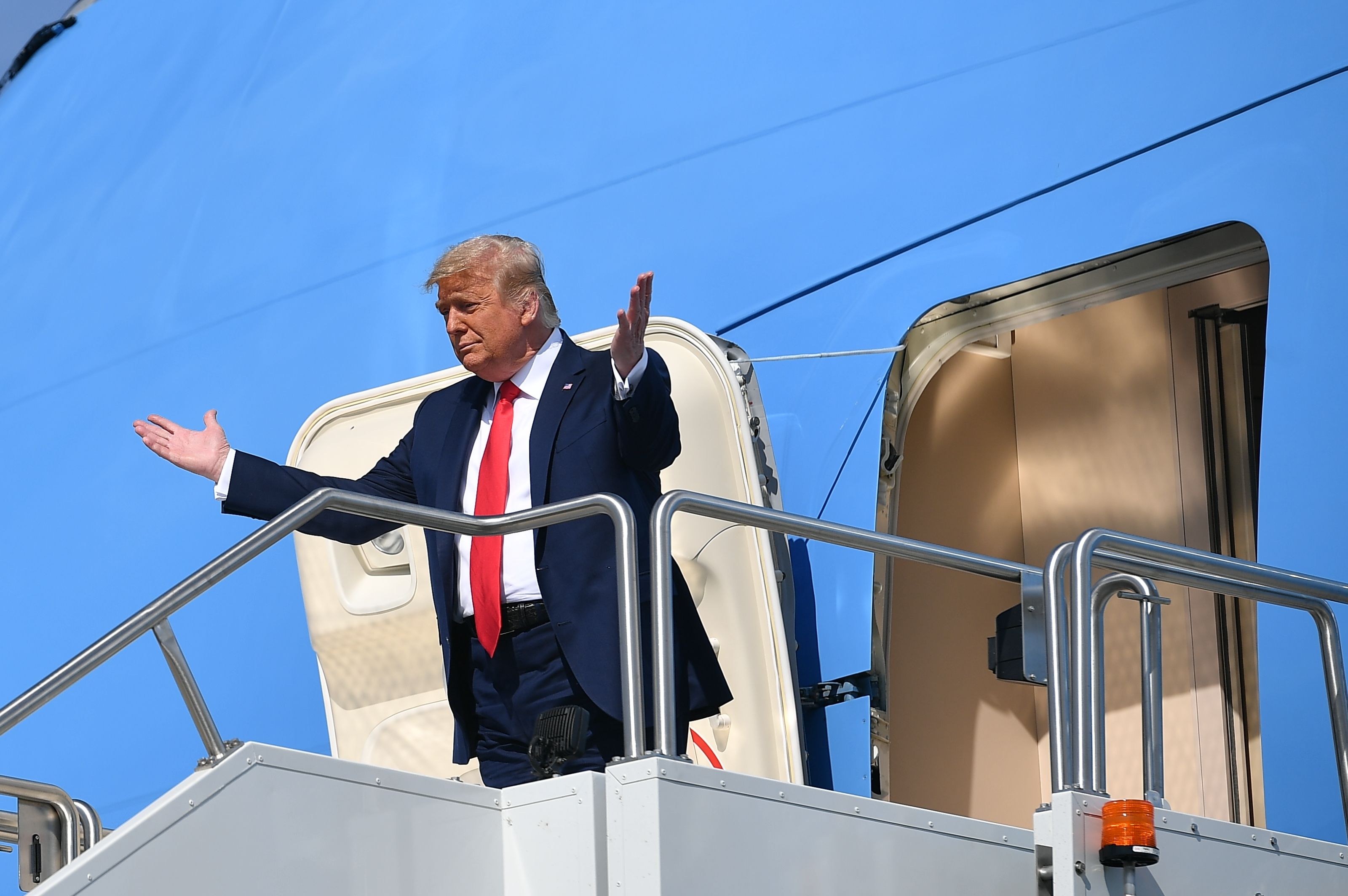 "Investigations by the press, during impeachment, and even by two Republican-led Senate committees whose work was decried as 'not legitimate' and political by a GOP colleague have all reached the same conclusion: that Joe Biden carried out official U.S. policy toward Ukraine and engaged in no wrongdoing. Trump administration officials have attested to these facts under oath,” spokesperson Andrew Bates said.

The Post reported that an email from May 2014 shows Pozharskyi asking Hunter for “advice on how you could use your influence” on the Ukrainian company’s behalf.

The emails were reportedly discovered in a laptop Hunter dropped off at a local repair shop in Delaware in April 2019.

The FBI seized the laptop in December after the shop owner, John Paul MacIsaac, 44, alerted them to the laptop.

Biden's son left the damaged Apple laptop at the shop in April 2019 – but MacIsaac claimed Hunter never returned, or paid the $85 bill.

The president spoke to the media at Phoenix Sky Harbor International Airport in Phoenix ahead of his scheduled campaign rally in Prescott at 3pm ET.

Over the weekend, Trump slammed the Biden family as a "criminal enterprise," and said the "scandal" involving Hunter makes it "impossible" for his father to become president.

The president said Biden should be jailed and followed the comments up by saying he could never become president in a Sunday morning tweet.

Biden's camp has called the Hunter scandal a "smear campaign."

Trump currently trails in the national polls behind Biden – similar to the 2016 election against Hillary Clinton.

But four years ago, he sensationally overturned Clinton's lead for an upset win.

More than 22million Americans have already voted in the presidential election – a record-shattering number of early votes driven both by Democratic enthusiasm and the coronavirus pandemic.

The number of ballots submitted as of Friday night represents 16 percent of all the votes cast in the 2016 presidential election.

Americans’ rush to vote is leading election experts to predict that a record 150million votes may be cast – and turnout rates could be higher than in any presidential election since 1908.

Election Day, November 3, is the final day Americans can vote in the heated presidential race between Trump and Biden.

Queen Elizabeth II is looking for a new personal assistant at Buckingham Palace to help her manage her diary. The vacancy for the role at…