Tropical Storm Michael has strengthened overnight and is nearing hurricane-force winds on Monday morning as it sets its sights on the Florida Panhandle.

Florida Gov. Rick Scott already declared a state of emergency in 26 counties in the northern part of the state on Sunday. The Federal Emergency Management Agency mobilized resources from the federal government to assist in preparation early Monday.

Officials believe the storm could strengthen into a Category 2 hurricane by the time it makes landfall midweek. 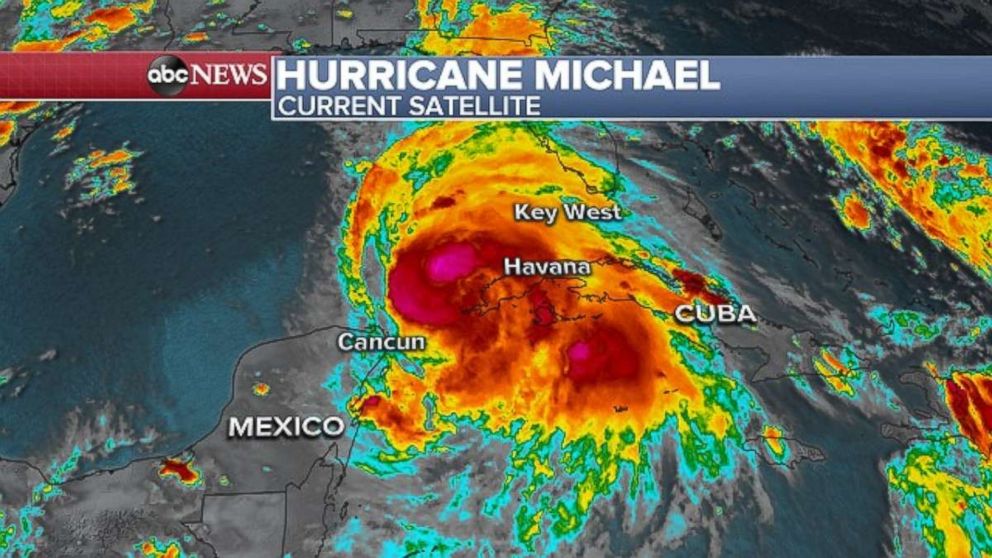 “The Panhandle and Big Bend could see winds in excess of 100 mph,” Scott said at a briefing Sunday evening. “Remember, this storm could grow stronger and be a Category 3 hitting our state. This storm will be life-threatening and extremely dangerous.”

The tropical storm has maximum sustained winds of 70 mph as of 5 a.m. on Monday. It is located 90 miles east of Cozumel, Mexico. 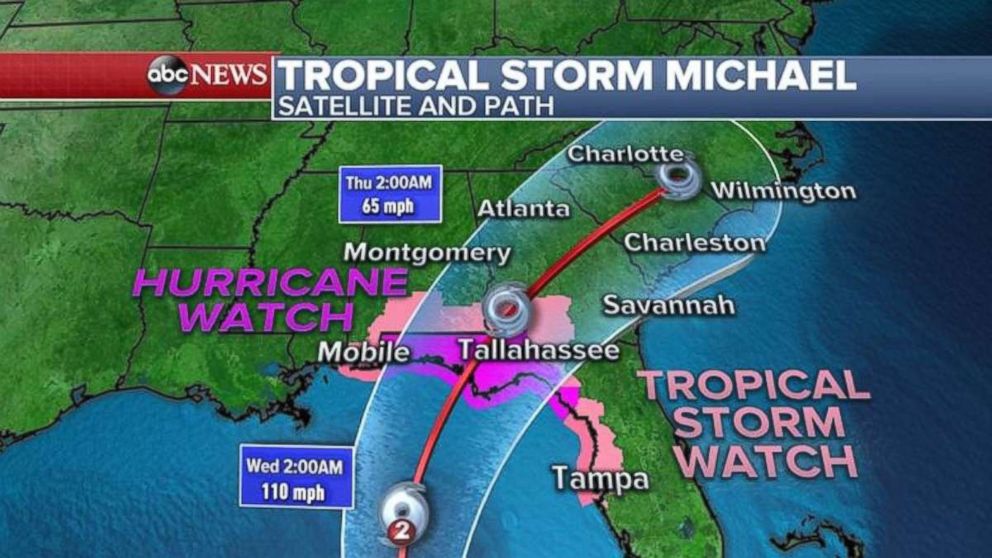 A tropical storm watch has also been issued for the Alabama coast, including Mobile. 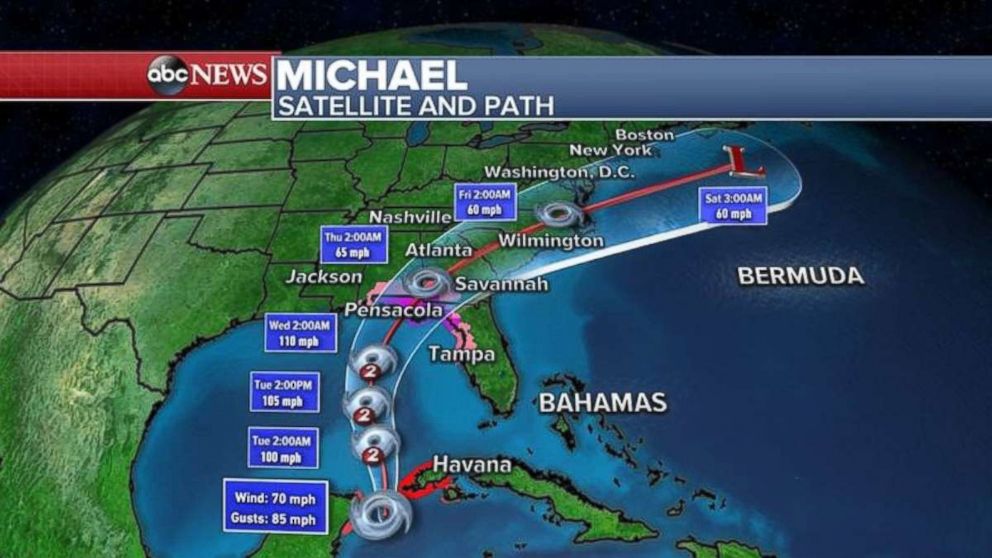 The storm will move further inland later in the week and bring its effects to Georgia, South Carolina, North Carolina and Virginia. The Carolinas and Virginia were blasted by Hurricane Florence last month, which dumped more than 2 feet of rain in some locations and caused record flooding.