Tropical storm Dorian is expected to become the second hurricane of the season early this week according to weather forecasters as the tempest barrels towards the Caribbean. Dorian is expected to bring wind, rain and storm surges to the Lesser Antilles and Puerto Rico over the coming week. The government in Barbados issued a tropical storm warning earlier today and advised caution using a tropical storm watch alert for St Lucia, St Vincent and the Grenadines.

The National Hurricane Center has said watches and warnings for the Windward and Leeward Islands will probably be required later today, and Puerto Rico and Hispaniola should monitor the storm’s progress. 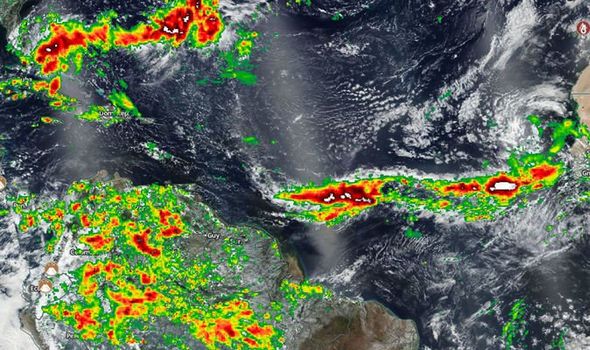 This is roughly 430 nautical miles east southeast from Barbados.

Dorian is forecast to reach its most powerful between 72 and 96 hours.

The National Hurricane Center predicts by Wednesday (August 28) at 1pm, it will be located at latitude 15.6 north, longitude 65.3 west – with wind speeds at 75 mph. 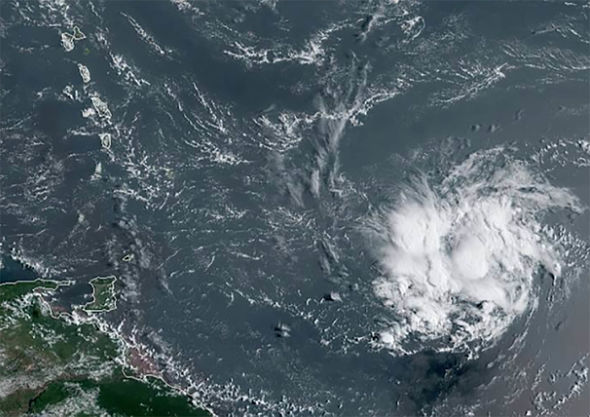 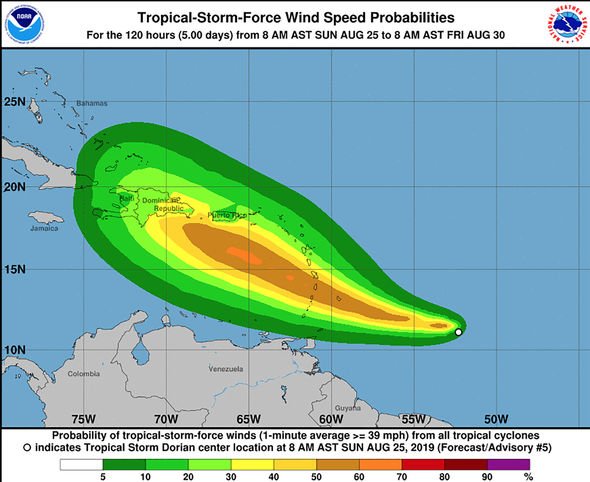 Whereas, 96 hours from now, Dorian is forecast to have wind speeds of 70 mph and be located at latitude 17.5 north, longitude 69.0 west.

The tropical storm may develop into a Category 1 hurricane, which would mean winds from 74 to 95 mph.

Dorian is the fourth named storm of the 2019 hurricane season – which typically reaches it peak around September 10.

Two thirds of all storms normally occur in this period because water in the tropics has warmed by mid-August and wind shear across the Atlantic has started to weaken – leading to storms developing. 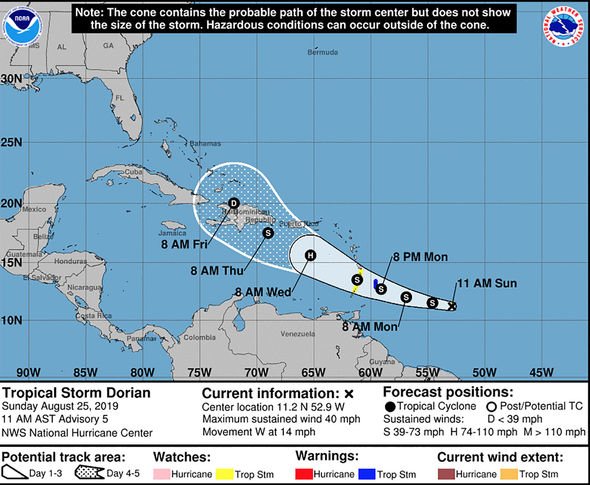 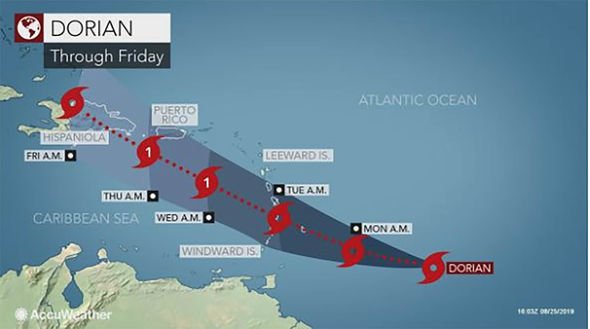 While vertical wind shear is decreasing over Dorian, the cyclone still appears to be ingesting dry air based on the ragged convective pattern.

Some dry air entrainment is expected to continue for the next few days, and based on this the new intensity forecast again calls for gradual strengthening through the next 72 hours – however, there is low confidence in these predictions as it depends upon the amount of wind shear and land that the storm will encounter.

The latest forecast calls for some weakening due to shear before Dorian moves over Hispaniola, followed by weakening to a depression due to passage over the island. 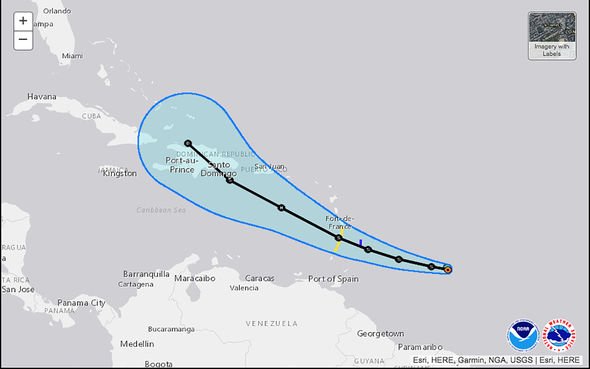 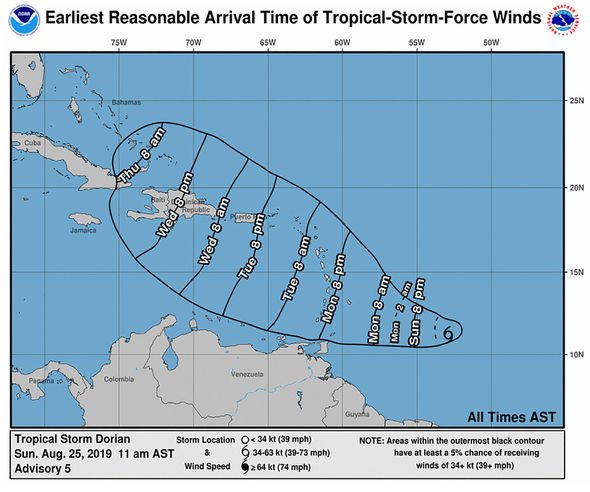 However, it is possible that Dorian will move northwards of Hispaniola and remain a hurricane and the small cyclone will dissipate completely over Hispaniola.

In terms of weather, the tropical storm is expected to produce up to 6 inches of rain in some areas of the Lesser Antilles, but most areas should get between 2 and 4 inches.

Strong winds and life-threatening surf conditions are also expected to hit Barbados as a by-product of tropical storm Dorian’s path.