Travel in and out of Melbourne by public transport and car has ground to a halt to prevent anti-lockdown protesters from gathering in the CBD.

Police have set up checkpoints on roads into the city to stop people from travelling into Melbourne without a reason ahead of a rally that was originally planned for 12pm on Saturday. 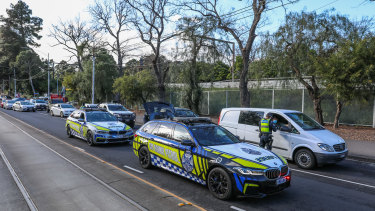 Trains, trams and buses won’t run through the city from 8am to 2pm, with services terminating at suburban stations. Limited shuttle buses are running from key locations for those who are permitted to travel.

More than 2000 officers have been deployed as part of the anti-protest operation, with senior police stating they will do everything they can to prevent access to the city.

Police made two hundred arrests at the last anti-lockdown rally on August 21 after more than 4000 people descended on the city. 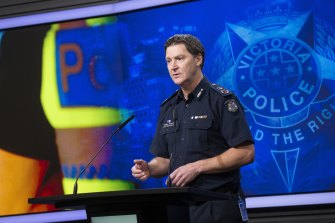 “This is the biggest game in town for us, to stop this occurring,” Mr Patton said. “There’s nothing more important than what we’re about to embark on this weekend to stop this protest.

“We’ll do everything we can to prevent access to the city.”

Mr Patton also revealed that the longer restrictions go on the more likely it was that people would be fined. He said the longer and heavier the lockdown the greater the temptation was for people to break the rules.

Access to the CBD will only be granted to those travelling for essential work, healthcare or to attend a vaccination appointment.

Cars were banked up for over 100 metres outside the Women’s Hospital on Flemington Road as authorities closely checked the permit and ID of every car trying to get into the CBD. 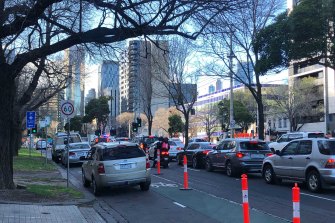 Cars were banked up for over 100 metres outside the Women’s Hospital on Flemington Road as authorities closely checked the permit and ID of every car.Credit:David Estcourt

Organisers of the demonstration were issuing tactical instructions to attendees late on Friday, saying a new location for the rally would be released early on Saturday morning.

Rally instructions, sent around on an encrypted messaging service, asked protesters to move in smaller groups of 10 to 20 before meeting up near the final location to hold the demonstration. 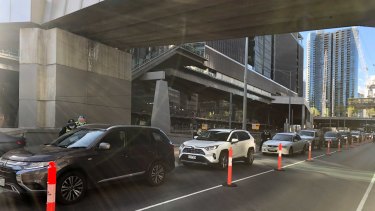 On Friday, construction workers brought traffic around the city to a standstill with a demonstration smoko after being told they would no longer be able to use tea rooms.