A four-year-old girl died of a rare form of meningitis just days after complaining of head and stomach pains.

Courtney May, 20, said daughter Evie was her ‘happy, normal self’ at breakfast but then began being sick and having seizures.

The youngster, of Radcliffe, Greater Manchester, was rushed to Manchester Children’s Hospital where scans revealed she had brain damage.

Evie was put in an induced coma, but she never recovered and died days later.

Tests found she had contracted Meningococcal type B which infected her spine and brain.

A vaccine has been given to babies against the infection since 2015, meaning Evie missed out by a matter of months. 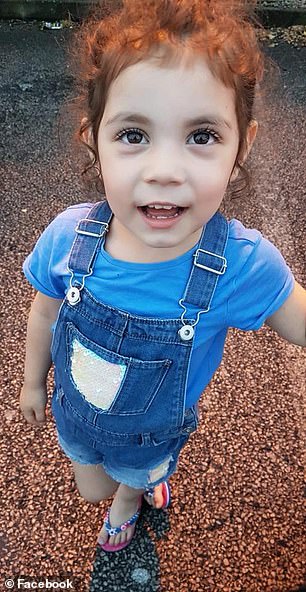 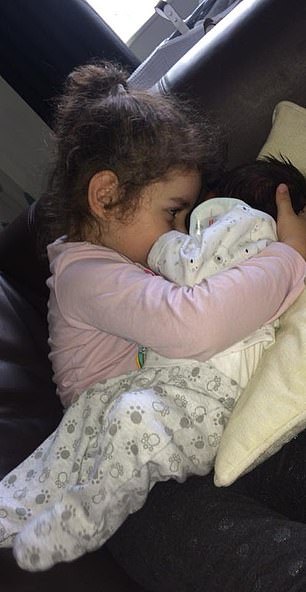 Evie May, four, pictured left and right, with baby brother Carter, died of a rare strain of meningitis just days after complaining of a headache and stomach pains 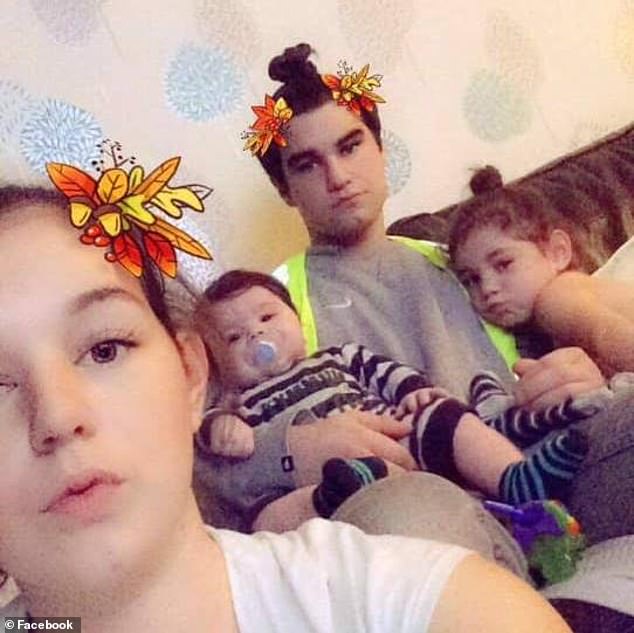 Mother Courtney, pictured with (from left) Carter, partner James and Evie, said her daughter had never been ill before and she still ‘cannot get her head around what happened’

Devastated Miss May said Evie had never been ill before and was told by nurses ‘nothing could be done’ to save her.

She told the Manchester Evening News: ‘I just broke down. I just sat there thinking “why has this happened?”

‘I still can’t get my head around it now. I was hoping for the best, that she was going to get better. She’s never been ill or in hospital.’

Miss May, who also has a nine-month-old son called Carter, is now raising awareness of the condition so other parents do not have to go through a similar ordeal. 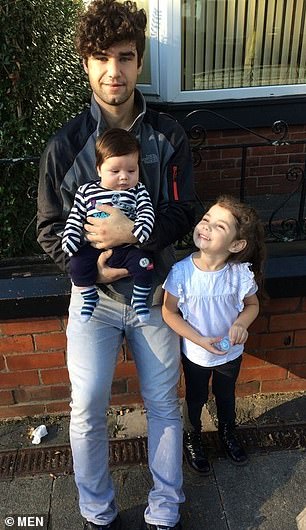 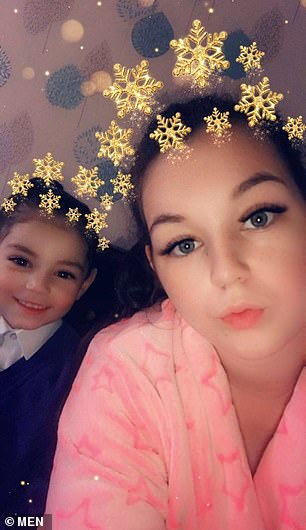 Miss May, pictured right with Evie, said her daughter was an ‘amazing and beautiful chatterbox’ and is trying to raise awareness of the condition to stop other parents going through the same ordeal. Pictured right is Evie with stepfather James and brother Carter

She added: ‘I want to make sure that people know about this. I thought a rash was usually a sign of meningitis. But eight times out of ten people don’t get a rash. I thought she had a normal bug.’

Evie’s organs have since been donated and her heart was used in a life-saving transplant, which Miss May said brought her some comfort.

She described her daughter as an ‘amazing and beautiful chatter box’ with a massive smile.

A GoFundMe page has since been set up to raise money for her funeral.

What is Meningococcal group B?

The Meningococcal group B bacteria causes life-threatening infections worldwide, including meningitis and blood poisoning, and is the leading infectious killer of babies and young children in the UK.

Meningitis and sepsis caused by meningococcal group B bacteria can affect people of any age but are most common in babies and young children.

Meningococcal infections tend to come in bursts. In the past 20 years, between 500 and 1,700 people every year, mainly babies and young children, have developed MenB disease, with around 1 in 10 dying from the infection.

Many of those who survive have a permanent disability, such as an amputation, brain damage or epilepsy.

A vaccine was introduced in 2015 and is recommended to be administered to babies when they turn eight weeks, 16 weeks and one year old, as part of the NHS’s routine vaccination programme.

The MenB vaccine used is called Bexsero. It’s given as a single injection into a baby’s thigh.

England was the first country in the world to offer a national, routine, publicly funded MenB vaccination programme using the Bexsero vaccine.