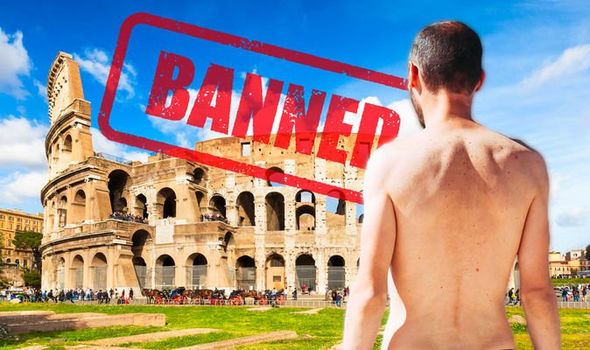 Authorities are clamping down on visitor actions in a bid to clean up the city’s look and minimise the damage done to Italy’s top tourist spot. Couples looking to leave a tangible sign of their relationship in the Eternal City by locking a “love padlock” onto a bridge – an Instagram staple – will be fined. And men wishing to strip off to cope with the Italian heat can think again – parading around bare chested is now out of the question.

Rome City Council has updated its public action laws which will affect the 15.2million tourists who visit annually, but also Romans themselves.

Residents will no longer be allowed to hang their washing on wires extending from one building to another on the opposite side of the street.

Local touts selling advance passes to skip the queues at attractions will also be clamped down on.

And anyone indulging in slices of pizza as they stroll down the street, casually dropping tomato sauce and toppings onto the ground, is also a no-no. 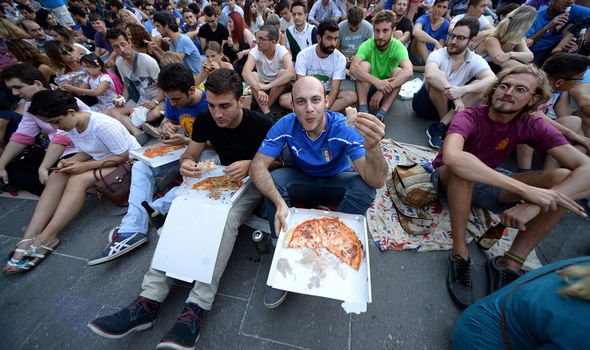 Virginia Raggi, the mayor of Rome, told the Daily Telegraph: “Rome is, and always will be, welcoming, but that does not mean tolerating bad behaviour and damage been done to our city.”

Tourist who want to take a sip from one of the public water fountains will have to be careful not to touch their lips to the spout.

“Severe fines” will be handed to anyone caught swimming in Rome’s fountains.

The Roma community will also be hit by the regulations as singing or playing music on public transport – which they do in exchange for coins from tourists – is no longer permitted. 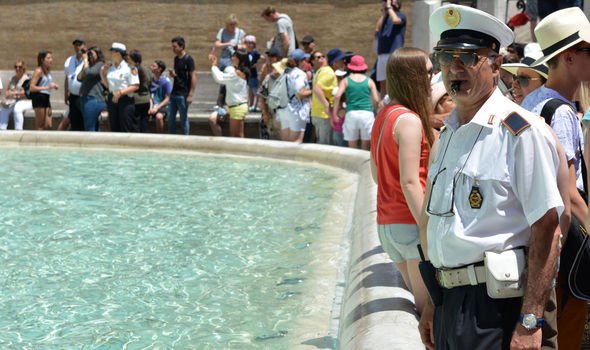 Anyone thinking of hauling a pushchair or wheeled suitcase up the Spanish Steps will be stopped.