Tory MP David Warburton won’t face any sanction despite being found to have breached Commons’ rules over £150,000 loan from a Russian-born businessman he provided a character reference for

A Tory MP won’t face any sanction despite being found to have breached parliamentary rules in relation to a £150,000 loan from a Russian-born businessman.

The Commons’ standards watchdog today ruled against David Warburton, the MP for Somerton and Frome, for failing to register the loan among his financial interests.

They also found another breach of MPs’ rules in relation to Mr Warburton’s sending of a character reference for Roman Joukovski – who had given him the money – to the Financial Conduct Authority.

Mr Warburton is currently suspended from the Conservative parliamentary party over separate allegations relating to sexual harassment and a photo of him allegedly sitting alongside lines of cocaine.

In a report by the Parliamentary Commissioner for Standards, Kathryn Stone, Mr Warburton was found to have received the loan in August 2017 from Mr Joukovski.

It was paid via a Seychelles-registered intermediary company, Castlebrook Associates Limited.

It has previously been claimed the money was to help Mr Warburton buy a £1.2million property in Somerset, which he planned to operate as an Airbnb. 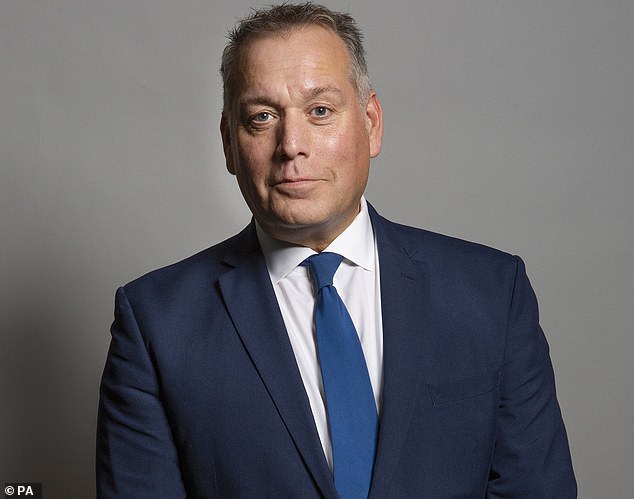 The Commons’ standards watchdog today ruled against David Warburton, the MP for Somerton and Frome, for failing to register a loan 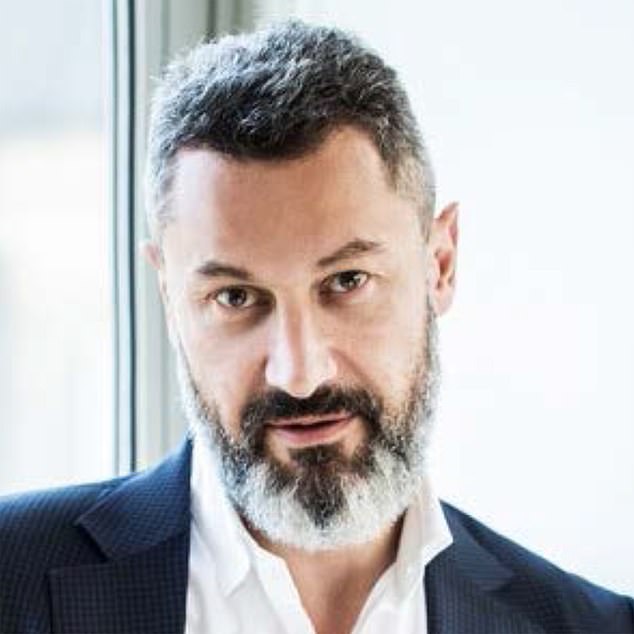 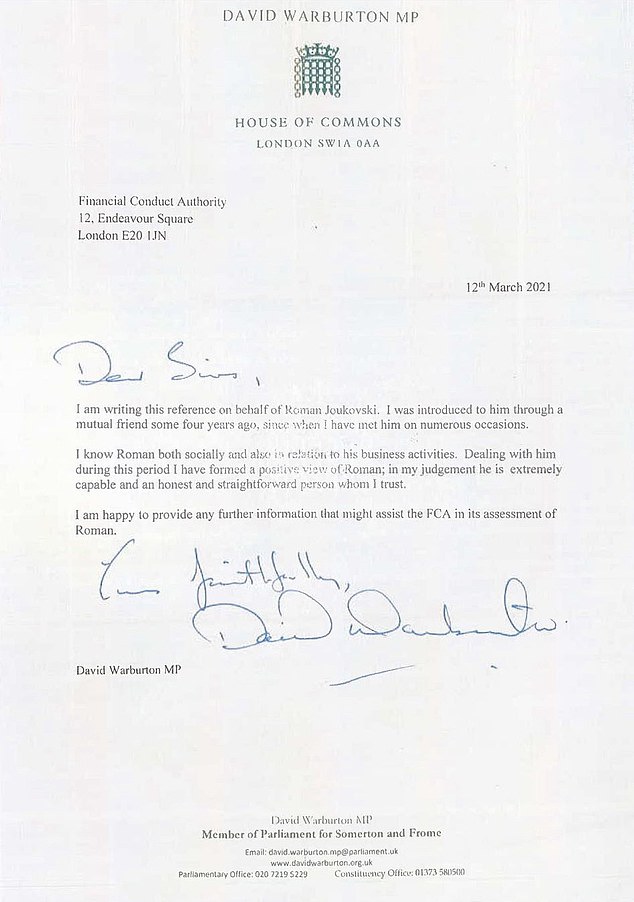 Ms Stone concluded the loan should have been logged by Mr Warburton at the time on the his register of financial interests.

‘I reached this conclusion because an onlooker might have reasonably thought that at the time the loan was provided it had the potential to influence Mr Warburton’s words or actions’, she said.

The commissioner also found the loan should have been declared when Mr Warburton wrote to the FCA about Mr Joukovski in March last year.

‘This is because an onlooker might reasonably have thought that the loan was either influencing the words in Mr Warburton’s reference or had influenced Mr Warburton’s decision to write a reference,’ she added.

The Sunday Times previously reported that the letter sent by Mr Warburton was aimed at getting the FCA to reconsider its assessment of Mr Joukovski.

The FCA refused to certify the businessman as a ‘fit and proper person’ in 2014.

But Ms Stone found the letter penned by Mr Warburton ‘did not amount to paid advocacy’ as he ‘did not suggest that the FCA should take any positive action in respect of Mr Joukovski, nor did it make any representations on Mr Joukovski’s behalf’.

The commissioner also found the two rule breaches that were committed by Mr Warburton could be rectified by his written apology and him belatedly adding the loan to his register of financial interests.

Her report revealed the MP had told her he did not register the loan at the time because it was ‘entirely unconnected with either my role as an MP or any parliamentary activities’.

Mr Warburton also told Ms Stone that ‘in no way did (the loan) ever influence my words or actions as an MP. Nor could it have done’.

He currently sits as one of 14 independent MPs in the House of Commons after having the Tory whip withdrawn in April this year.

When a picture emerged of Mr Warburton allegedly sitting alongside lines of cocaine earlier this year, he said he had ‘enormous amounts of defence’ but added he could not comment further.

In an update posted on his website last month, Mr Warburton confirmed he was facing multiple investigations into his conduct and described how ‘not being able to speak out against those stories has been the most appallingly frustrating and painful experience’.

In response to the publication of Ms Stone’s report today, Mr Warburton told MailOnline: ‘I fully accept the commissioner’s findings, including that I did not breach paragraph 12 of the code of conduct, and I am happy to have the loan added to the register retrospectively.

‘I am still unable to comment on the ICGS (Independent Complaints and Grievance Scheme) investigation, but I’m hoping that it concludes as quickly as possible.’