‘Praying that he gets away safely’: Tory MP Nus Ghani reveals she was on the phone to an Afghan outside Kabul airport when explosion took place

An MP has told how she was on the phone to an Afghan friend outside Kabul Airport when the suicide bombings hit.

Nus Ghani, Conservative Member of Parliament for Wealden, said they had been talking when the blasts ripped through the air.

Posting online, she said: ‘Explosion at Kabul airport. I was on the phone to an Afghan outside the airport when he heard the explosion.

‘Praying that he gets away safely and we get his family safe passage out of this nightmare.’

Ms Ghani had previously worked for the BBC World Service before she became an MP. 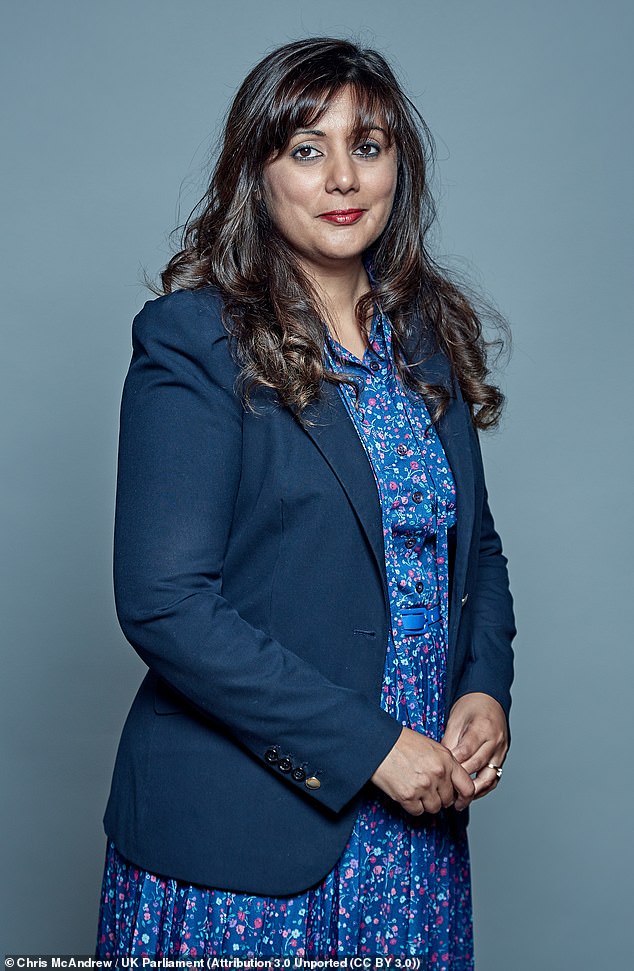 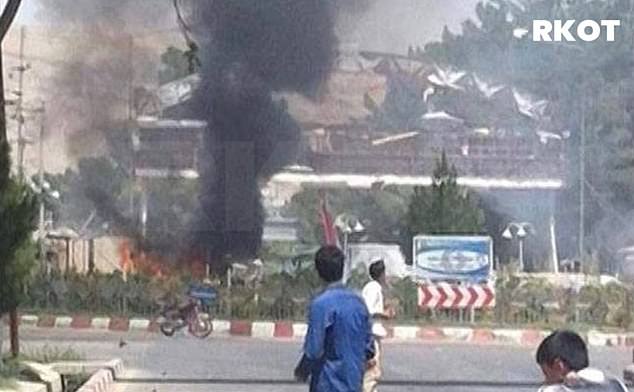 She has spoken movingly about how the Afghan people had hopes and dreams about their future after the horrors of 9/11.

This week  she told the House of Commons: ‘Women and girls will suffer brutalisation under Taliban rule which will set the ideal conditions to promote violent extremism and terrorism on an international scale.’

The two separate explosions rocked Kabul with at least 13 casualties including children and three US soldiers among the wounded just hours after warnings of an ‘imminent’ and ‘lethal’ ISIS terror attack.

President Joe Biden has been briefed on the blast, one of which ripped through a crowd of Afghans gathered at the Abbey gate of the Hamid Karzai airport, and another which hit Barons Hotel, followed by gunfire amid the mass panic.

Images from the scene show scores of bloodied people being carried away from the bombsite with reports of multiple casualties.

Witnesses told Sky News the suicide bomber had detonated a device in a sewage canal-way packed with people and that there were ‘definitely’ civilian casualties, but it is believed there were no British military fatalities. 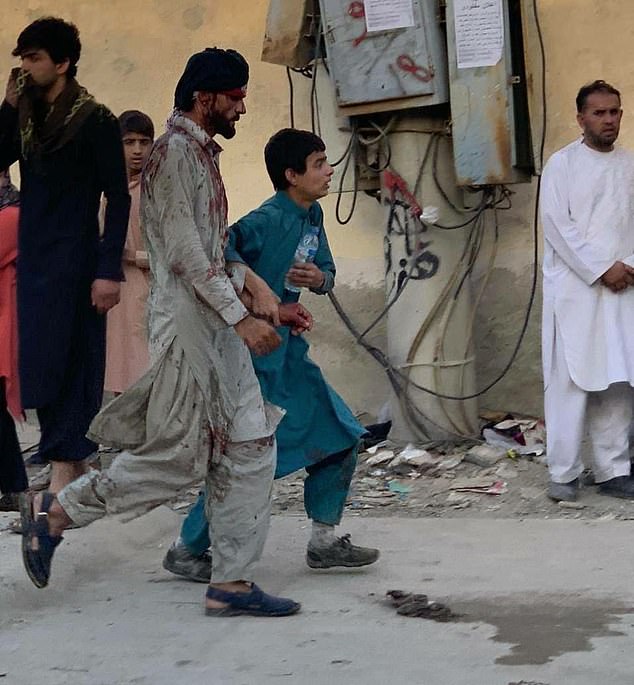 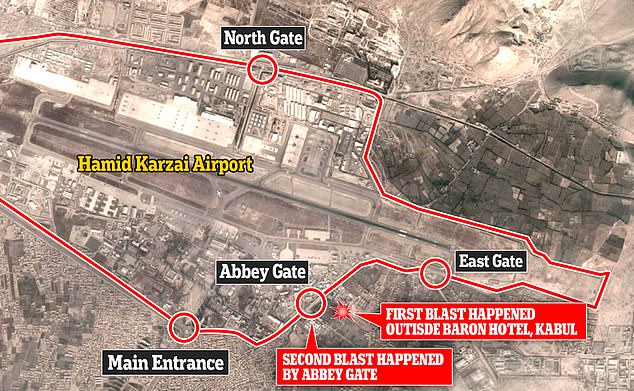 He said the passage was overlooked by US soldiers and he had been told that there were casualties among the American troops.

He added: ‘This could be the end of the airlift’

Meanwhile an Afghan man queueing to enter the airport said the explosion hit the middle of a crowd of thousands, and he saw many injured and maimed people and was told of multiple fatalities.

Pentagon Spokesman John Kirby said: ‘We can confirm an explosion outside Kabul airport. Casualties are unclear at this time. We will provide additional details when we can.’

Following the explosions, Germany announced all its military planes have left Kabul and it has finished its evacuation operation.