Jackson said she initially thought she was getting a cold, then, as her symptoms persisted, doctors suggested it was likely seasonal allergies, putting her among the more than 50 million Americans who struggle with them each year. 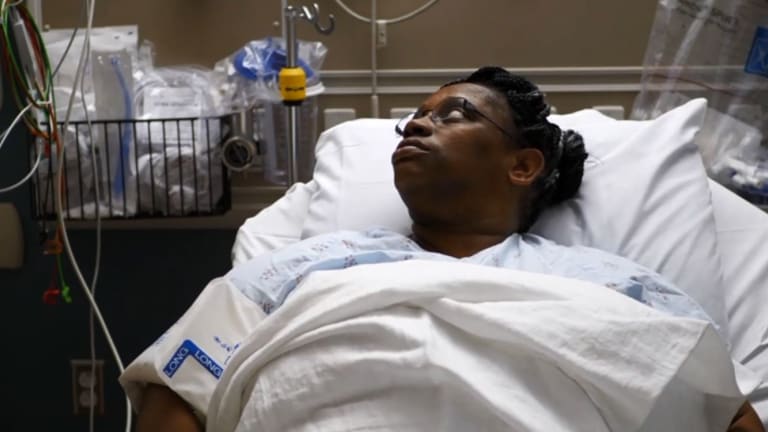 Kendra Jackson was diagnosed with a cerebrospinal fluid (CSF) leak after other doctors suggested she had seasonal allergies.

But the symptoms never cleared up, and, as the years went by, Jackson started to worry that it might be something worse.

She told US television station KETV this week her nose ran "like a waterfall, continuously, and then it would run to the back of my throat."

"Everywhere I went," she added, "I always had a box of Puffs, always stuffed in my pocket."

She had frequent headaches. And she could rarely sleep.

Doctors at Nebraska Medicine in Omaha recently diagnosed Jackson with a cerebrospinal fluid (CSF) leak, a condition in which the watery liquid surrounding the brain spills out through a hole or tear in the skull and then drains into the ears or the nose, according to Johns Hopkins Medicine.

The doctors told Jackson that she was losing an estimated half-pint (235 millilitres) of the fluid per day through her nose, according to KETV.

Surgeons performed a procedure last month, going through Jackson's nasal cavity to repair the damage. A spokesman for Nebraska Medicine told The Washington Post that Jackson followed up with doctors Friday and "is doing extremely well".

Nebraska Medicine said in a Facebook Post last week that "Doctor after doctor told Kendra the fluid coming our of her nose was because of allergies. But after years of coping with this problem and the headaches associated with it, she turned to the ENT team at Nebraska Medicine. Carla Schneider, PA, discovered Kendra had a CSF leak — cerebrospinal fluid FROM HER BRAIN WAS LEAKING OUT OF HER NOSE!"

Medical experts say that CSF leaks can put patients at an increased risk of infection as well as complications such as meningitis. 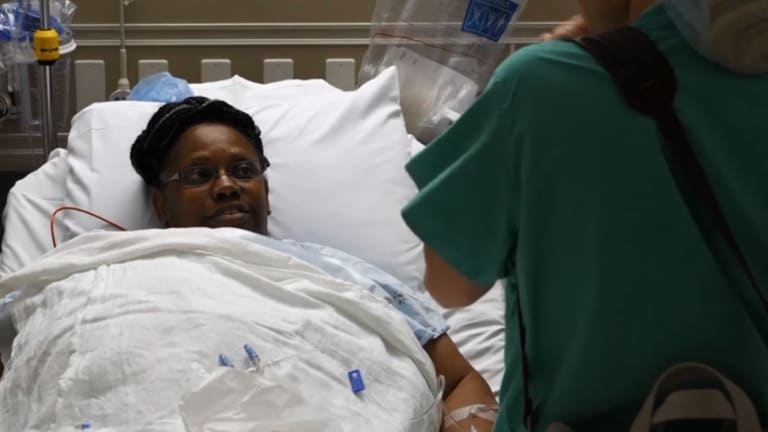 Doctors repaired the leak by taking fatty tissue from Jackson’s body to plug a tiny hole between her skull and nostrils.

In some cases, the leaks occur as the result of a head or spinal injury, or a tumour, or after a medical procedure such as an epidural or a lumbar puncture (or spinal tap); other times, they occur with no known cause, according to Cedars-Sinai Medical Center. Jackson told KETV that in 2013, she was involved in a car accident – she was rear-ended, causing her to slam her head on the dashboard. Her symptoms started a couple of years after the trauma, she said.

Though many CSF leaks correct themselves, sometimes they need to be repaired through various medical or surgical means.

On April 23, rhinologist Christie Barnes and neurosurgeon Dan Surdell at the University of Nebraska Medical Center performed a CSF leak repair, according to the spokesman for Nebraska Medicine.

"We go through the nostrils, through the nose," Barnes said, according to KETV. "We use angled cameras, angled instruments to get us up to where we need to go."

Barnes, who specialises in nose and sinus problems, told the station that the surgical team took fatty tissue from Jackson's body and used it to plug a tiny hole between her skull and nostrils, where the brain fluid was leaking.

Following her surgery last month, Jackson said that she has her life back.

"I don't have to carry around the tissue anymore," Jackson told KETV weeks following the operation, "and I'm getting some sleep."

According to the American Rhinologic Society, CSF leaks become noticeable "when there is clear drainage from the nose or into the back of the throat that may occur with straining or position changes and does not improve with medications aimed at other causes of a 'runny nose.' If it drains out of the nose, it is usually from one side. If it drains into the throat, it has been described as salty tasting".

Other symptoms may include:

– Drainage from the ear