A dog walker was left with horrific injuries after a teenager smashed a glass bottle into his face.

The victim, who has asked not to be named, was punched, kicked in the face and left in the street by a gang of young men and women in Cowes, Isle of Wight, last Thursday (July 26).

While out walking his pet the 41-year-old came across the group smashing bottles in the road. When he asked them to stop, he was set upon.

Shocking footage shows a young male swinging a bottle at the dog walker before punching, mounting him and raining down blows on the victim’s head, in front of a group of young women.

The attacker is then pulled away by a female- before the same young woman steals the victim’s shoe. 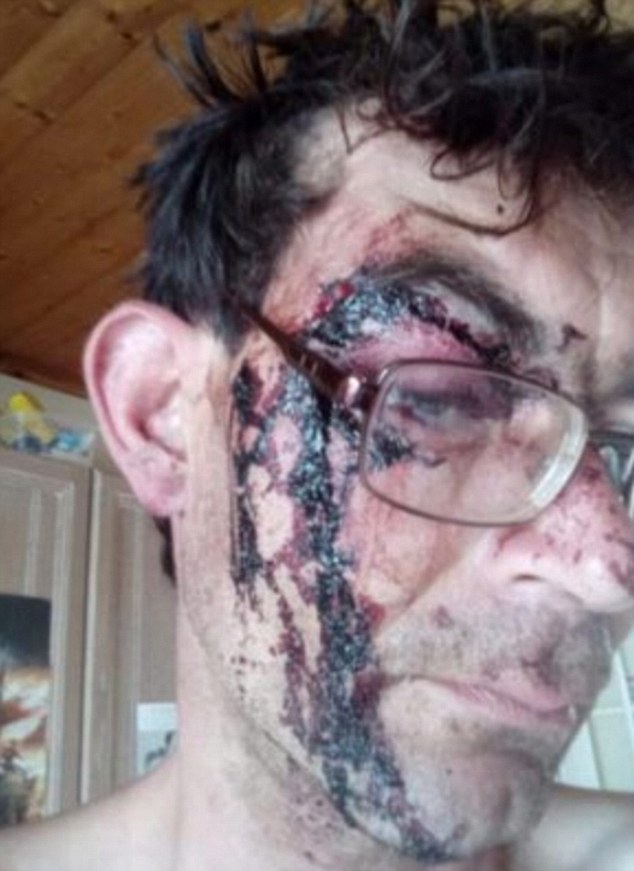 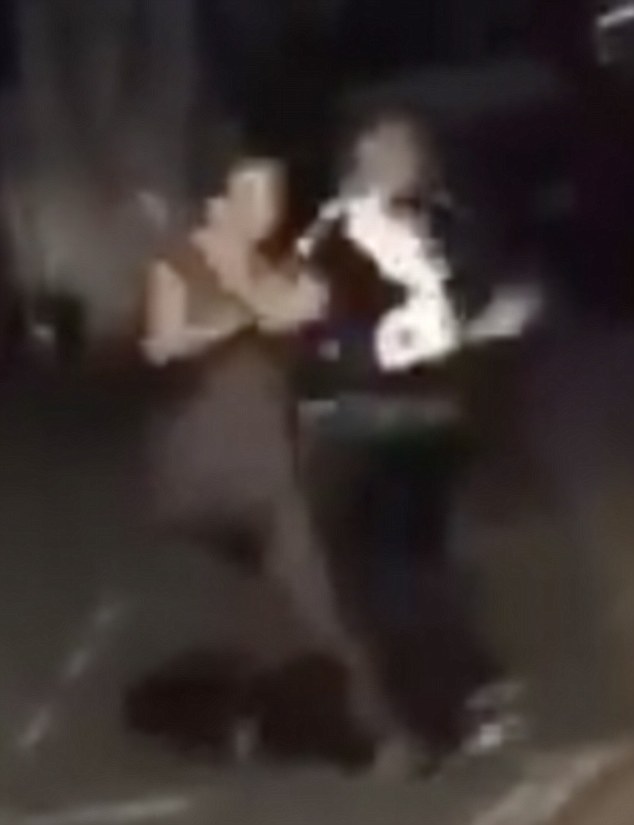 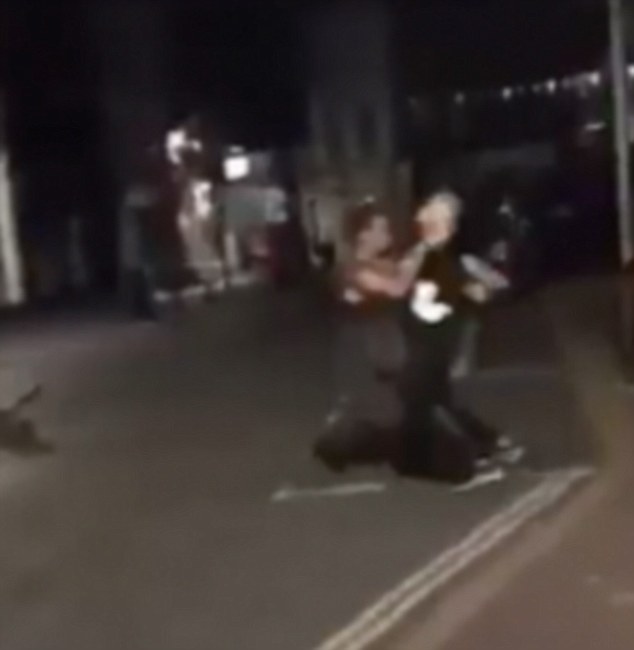 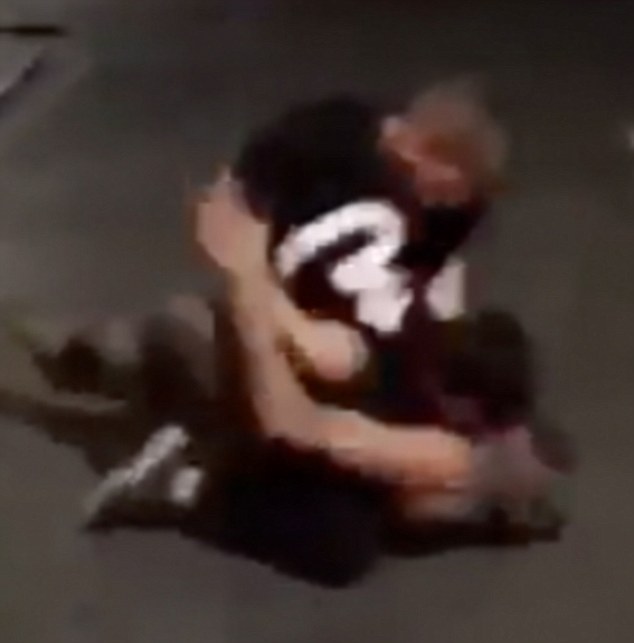 The man, believed to be a teenager, punched the dog walker several times in the head because he asked him to clear up broken glass

The man revealed how his attackers laughed at him before fleeing.

He said: ‘I asked them very nicely to pick it up and explained my reasoning.

‘They then turned around and that was when I was smashed in the face. I fell to the ground. I felt my legs go.

‘It was whilst I was on the floor than one of them kicked me in the side of my face all for asking them to pick up the bottles that they had smashed.

‘The group then thought it was funny – they then laughed and ran off.’ 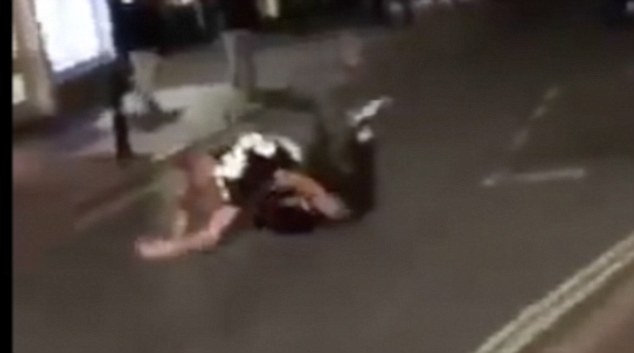 The young man continued to attack his victim in the middle of the road, last Thursday (July 26)

A photo of the dog walker’s injuries has been circulating Isle of Wight Facebook groups attached to an appeal for information to find the attackers.

A spokesman for Hampshire Constabulary said: ‘We were called to reports on July 26 at 11.32pm in Bath Road, Cowes. 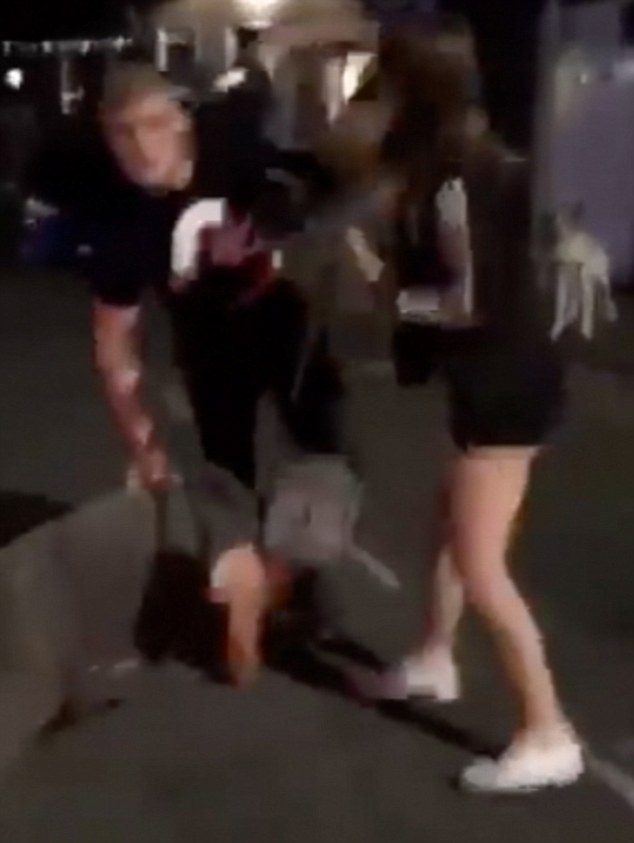 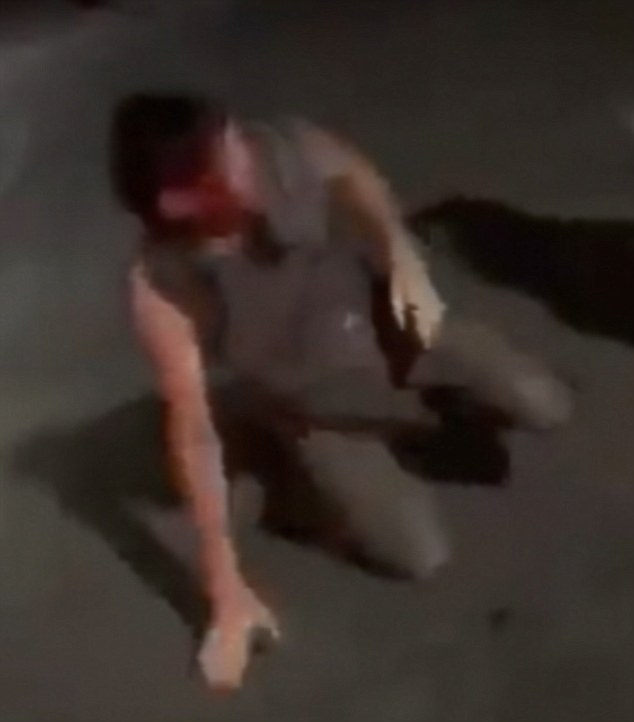 ‘A 41-year-old male had been assaulted by a teenage boy causing lacerations to his head.

‘No arrests have been made.’

Many have taken to social condemning the attack.

Gem Casson said: ‘Oh my god that’s awful! Hope you find the cowardly scrotes and they get put away. Hope you recover quickly.’