THREE tourists could face death by firing squad for allegedly trying to smuggle meth and cocaine into Bali.

Indonesia's customs agency warned that another tourist, Russian beautician Tatiana Firsova, faces up to 15 years' prison if convicted of smuggling 6.6grams of cocaine. 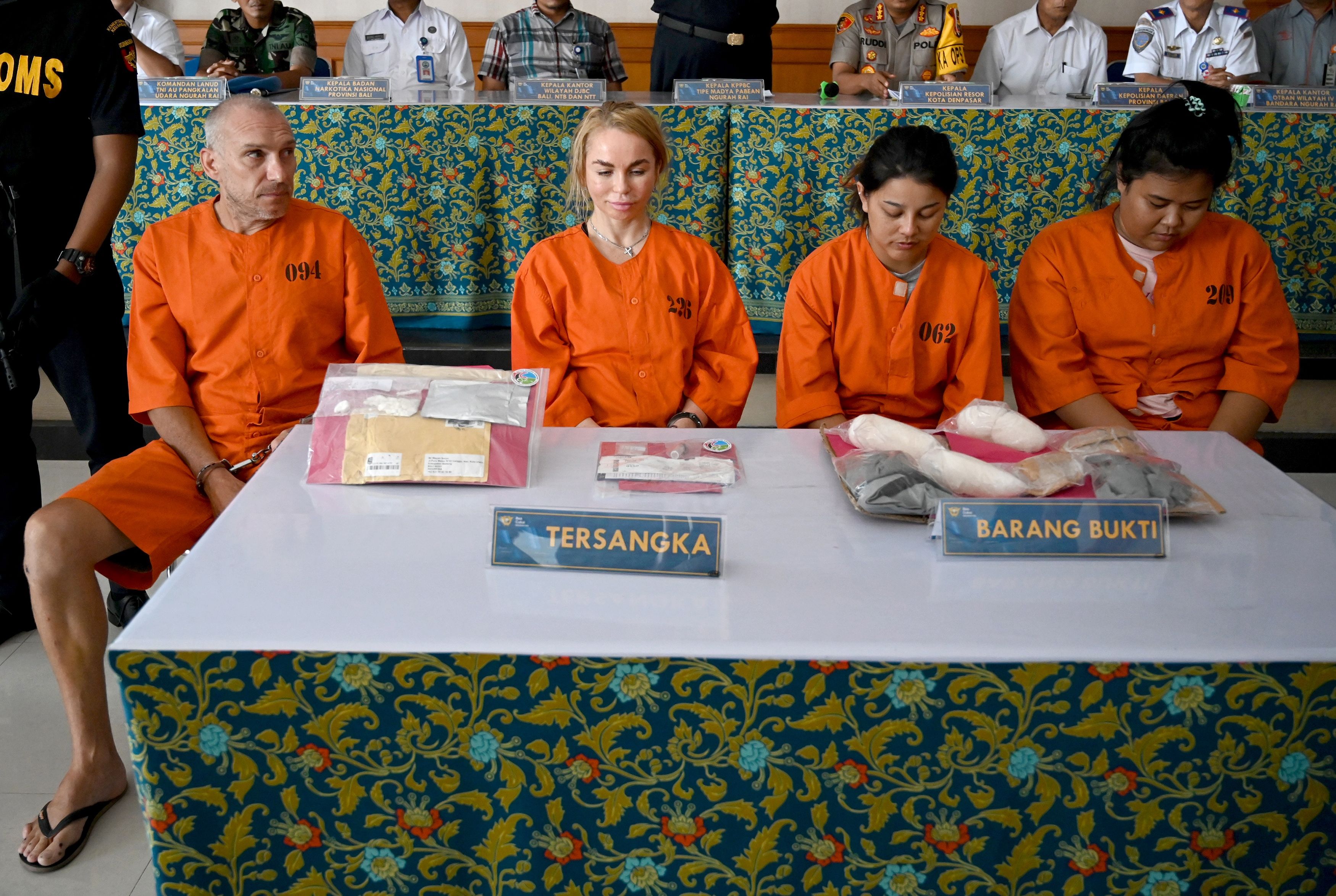 All four suspects, dressed in orange prison jumpsuits, were paraded in front of reporters.

The 37-year-old Russian beautician was arrested after arriving at the Ngurah Rai Airport on the resort island of Bali on a flight from Doha, Qatar, last week.

Pojok Satu in Indonesia quoted the head of customs, Himawan Indarjono, saying that after Firsova went through a scanner, "suspicious objects" were allegedly found in her cellphone.

A physical examination was conducted in a separate room, and "the suspect object was found to be a kind of white powder wrapped in a transparent tube.

"After an examination at the customs laboratory, it turns out that the powder is a type of cocaine drug with a total weight of 6.63grams gross," Himawan said. 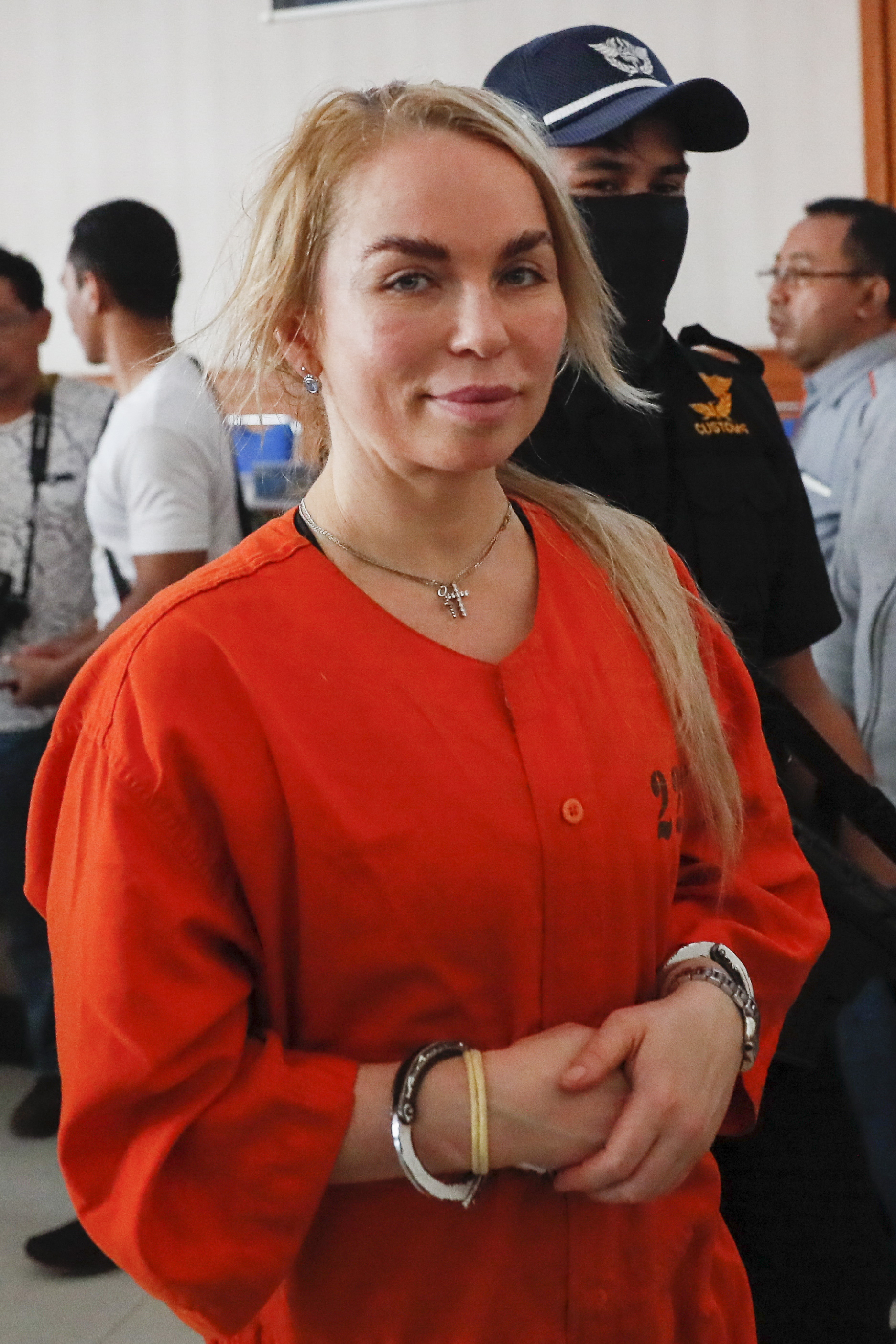 Himawan said the three other arrested foreigners were two Thai women and a Frenchman.

The customs boss said the two Thais were arrested on October 13 after landing at the airport with a total of 958grams (33.8 ounces) of methamphetamine allegedly concealed under their clothes.

Identified as Kasarin Khamkhao and Sanicha Maneetes – a janitor and an operator of a motorcycle shop in Thailand – they could face a firing squad if convicted in the Muslim majority nation, reports News.com.au.

Several days later, customs officers nabbed the Russian woman, followed by the Frenchman, Oliver Jover, who was allegedly picking up 22.5grams (0.8 ounce) of cocaine at a delivery service.

The package being collected by Jover had been sent from France, and had his address on it.

Authorities said that the Frenchman faces either a lengthy jail term or the death penalty if found guilty.

More than 150 people are currently on death row, mostly for drug crimes. About one-third of them are foreigners.

In May, a Frenchman was sentenced to death on Lombok, an island next to Bali, for smuggling 3kg (6.6lbs) of ecstasy.

And in July, a court in Bali sentenced two Thais to 16-year jail terms for smuggling 2.2lbs of methamphetamine.

It faced international criticism in 2015 when it executed several foreign nationals, including two Australians who were leaders of the Bali Nine trafficking ring.

There has been an unofficial moratorium on the death penalty for drug trafficking since 2016, but several foreigners remain on death row.

In September, British couple Roger and Sue Clarke were jailed for eight years by a Portuguese court for drug smuggling on a cruise ship.

They were caught with nine kilos of cocaine in their suitcases. 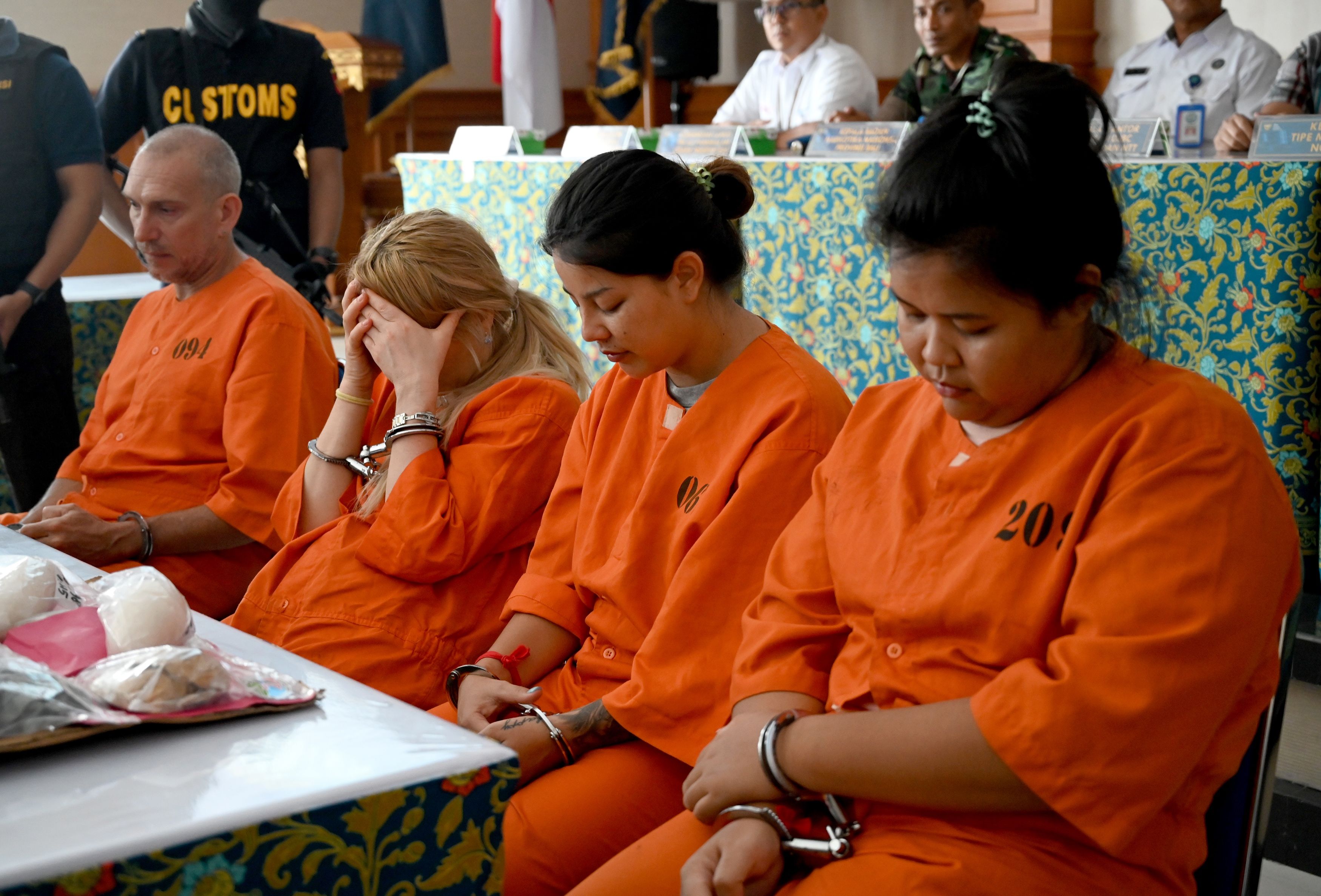 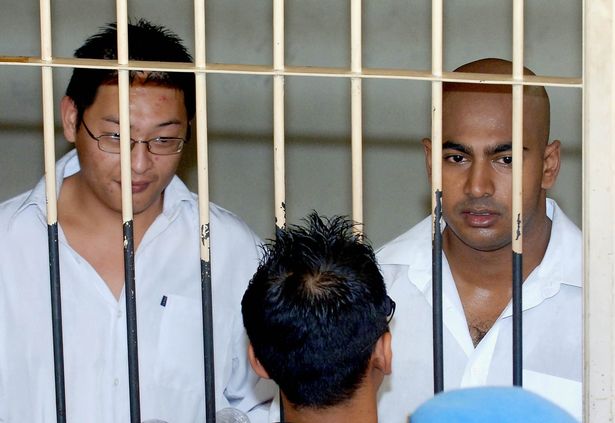