BUDAPEST (Reuters) – Around ten thousand Hungarians protested in Budapest on Saturday against government control over the media which they say helped Prime Minister Viktor Orban to a landslide election victory earlier this month.

The rally was the second mass protest against Orban since the April 8 election, with demonstrators urging the fragmented opposition parties to join forces against the rightwing nationalist Fidesz party, which won two-thirds of parliamentary seats at the polls.

In a Facebook post before the rally, organizers said state media has been turned into Orban’s “propaganda machine”.

“Our main goal is to dismantle Fidesz control over the public media … but opposition parties also have a task as they are also responsible for this situation we are in,” they said.

“Together with them, we must fight for a new, just and fair election law and an investigation of corruption cases.” 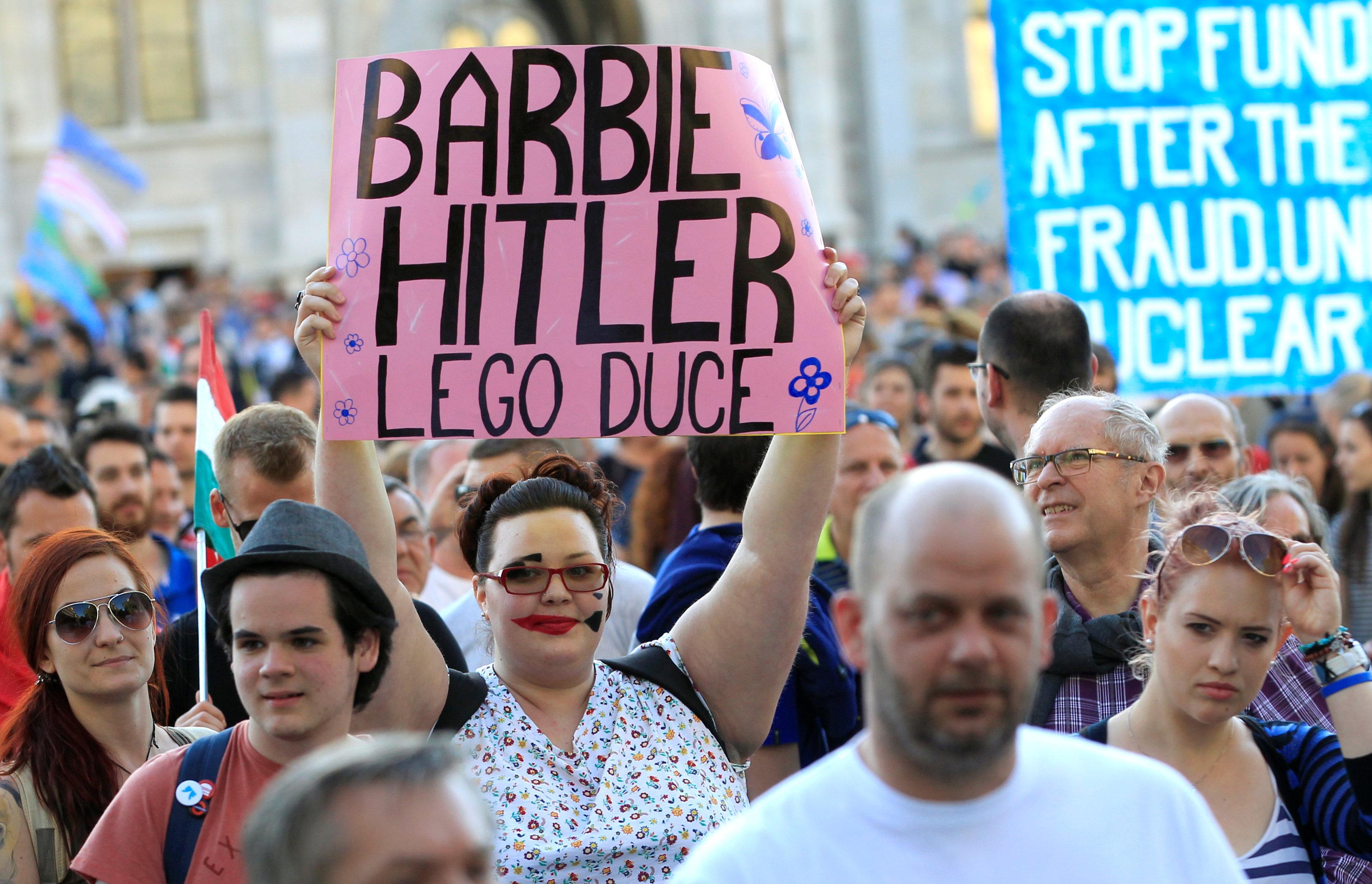 Orban won a third straight term in power after a strong anti-immigration campaign.

Since 2010, the Hungarian premier has increased his control over the media and put allies in charge of formerly independent institutions, while his stand on refusing to accept large numbers of migrants in Hungary has also brought him into conflict with the EU.

The foundation of Budapest-born financier George Soros on Friday accused Orban of trying to stifle non-government groups, and said it could leave the country if parliament passes a “Stop Soros” law that would impose a 25 percent tax on foreign donations to NGOs that support migration.

The government says the legislation is meant to deter illegal immigration.

Critics of Orban said a departure of the Open Society Foundations (OSF) would mark a milestone in a slide towards authoritarian rule.