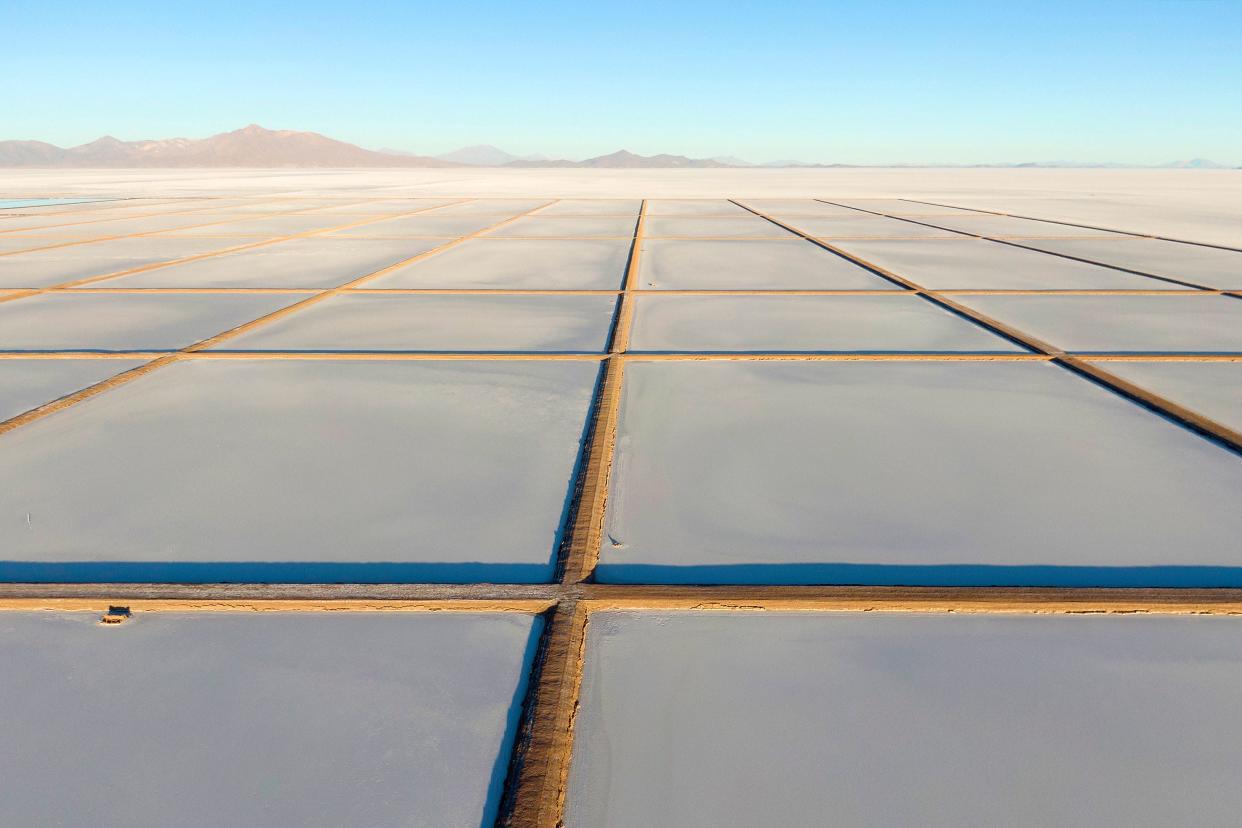 The gold rush is back, but this time the focus is on “white gold” lithium – a major player in the world’s shift toward green energy.

The metal has been referred to as “the new gasoline” because of its use in electric vehicle batteries, but you can also find it in smartphones, laptops, Airpods, electric toothbrushes, smartwatches, e-cigarettes, pacemakers and other devices.

The metal is in the midst of a boom. Prices have surged roughly 500% year over year, triggering a global race to find and extract more.

While there’s an abundance within the U.S. – billions of dollars’ worth of the metal is believed to be contained in just one mine in Nevada – the country relies on imports. There are plans to open more mines in states like Nevada, California and North Carolina to help the U.S. reach supply goals.

“It’s funny how the development of this is just picked up immensely over the last four or five years. The lithium market was a pretty sleepy market for decades,” said Ken Hoffman, the co-head of consulting firm McKinsey & Co.’s EV Battery Materials Research Group. “All of a sudden, the battery space really started to explode.”

The search for lithium: Three women search for the lithium that will power our electric future

Why is lithium important?

Lithium can be used in ceramics, greases and pharmaceuticals, but it’s best known as the material in batteries for cellphones, laptops and EVs. The rechargeable batteries take advantage of lithium’s light weight (it’s the lightest of all metals) and high electrochemical potential.

Production in 2021 was up 21% from the year prior while global consumption of lithium was up 33%, per the U.S. Geological Survey. 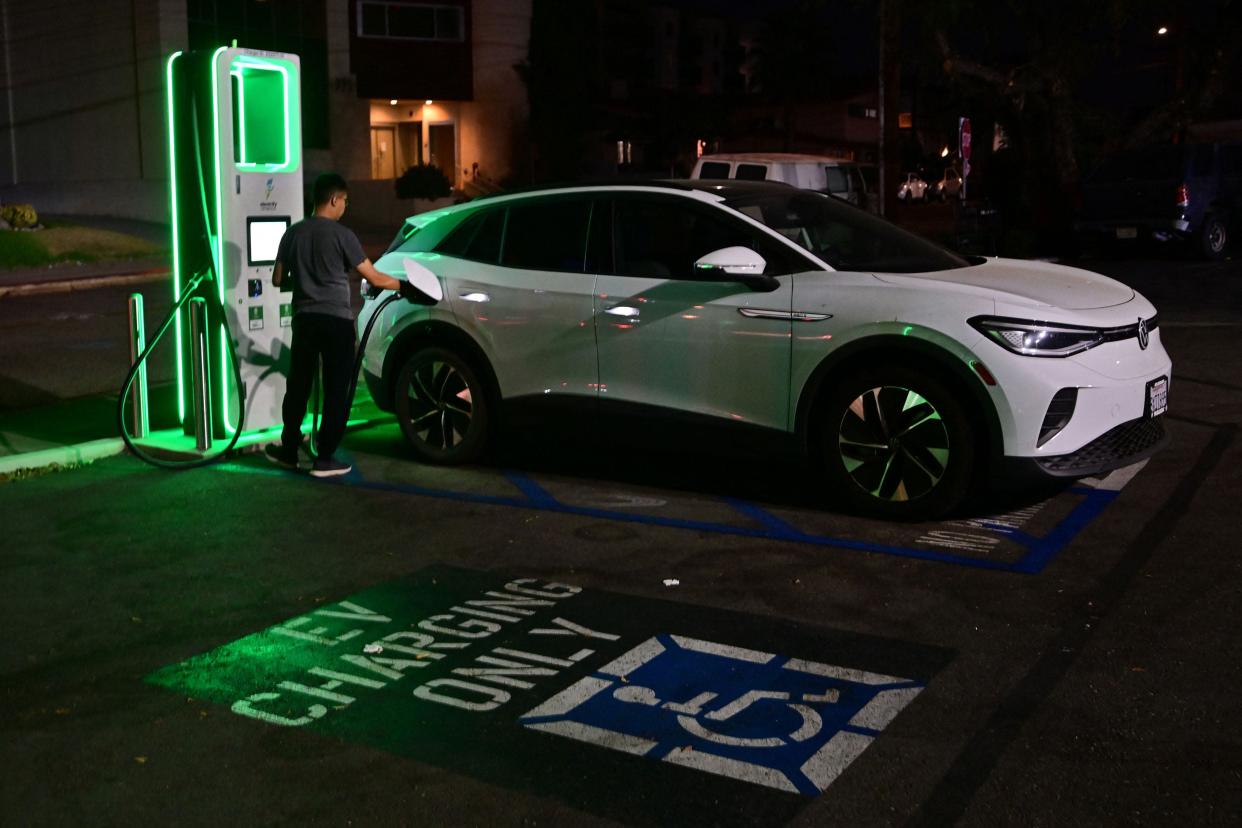 “One of the major reasons is because of those electric vehicles,” said Zhimin Xi, an associate professor at Rutgers’ department of industrial and systems engineering whose research interests include lithium-ion batteries.

EV sales doubled in 2021 to nearly 7 million units and have kept strong in 2022 as consumers turn toward vehicles that are more environmentally friendly.

“There’s a lot of cost of ownership changes that people will see over time,” Hoffman said. “The reason why automotive companies are embracing this so much is it’s just a better, cheaper form of transportation.”

What country has the most lithium?

While the United States has significant lithium sources, it imports most lithium from countries like Argentina, Chile, China and Russia. The only domestic lithium production comes from one brine operation in Nevada.

But more U.S. production is on the horizon.

“There is a race to capture the market,” reads the 2021 blueprint from the Federal Consortium for Advanced Batteries. “Strengthening and bolstering U.S. competitiveness in advanced battery innovation and manufacturing is vital.” 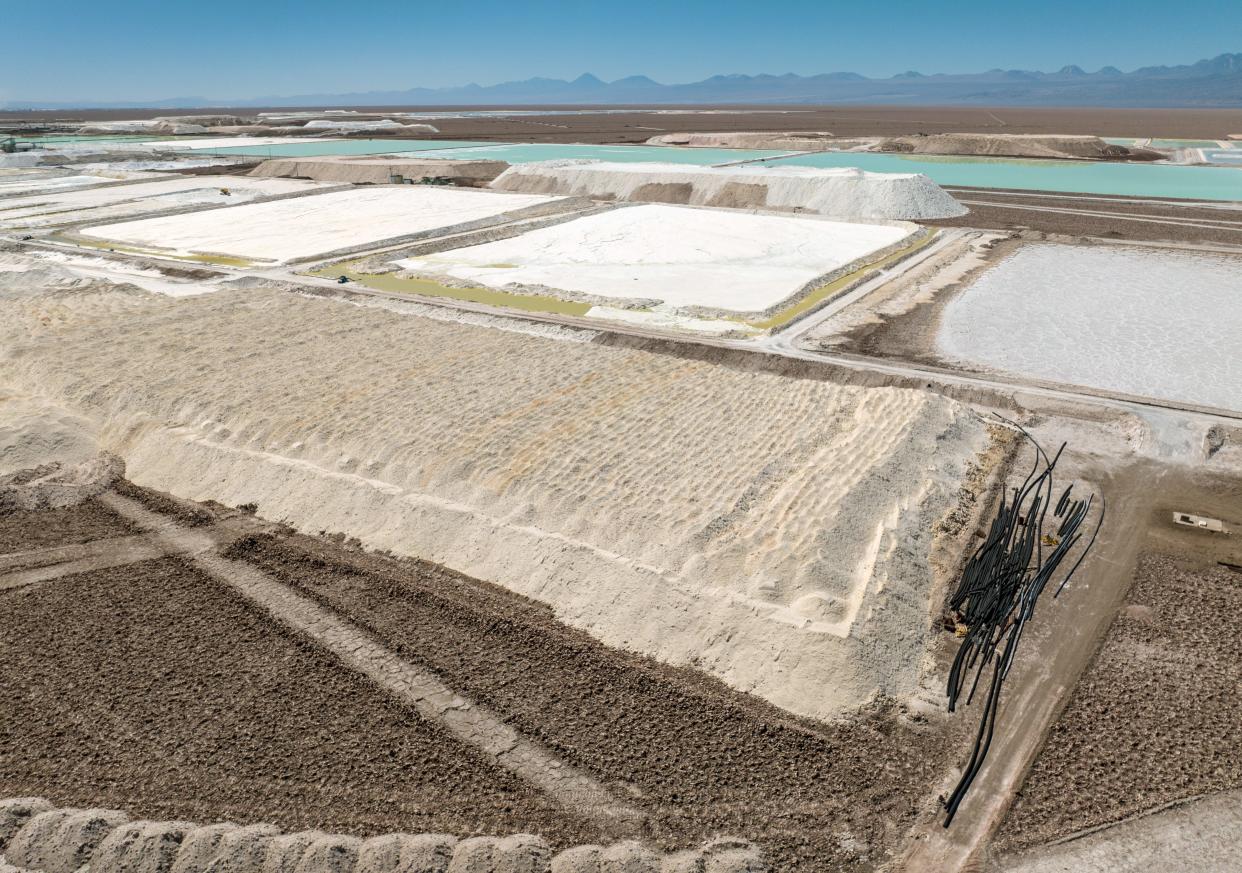 Lithium prices are up more than 500% year over year, according to an April report from McKinsey & Co.

That’s bad news for EV buyers looking for a deal. The average cost for lithium batteries is expected to jump in 2022 after falling for more than a decade in part due to supply chain issues. Just how much prices will increase by the end of the year is still up for debate, but some experts expect to see prices rise about 20%, per Axios.

Y. Shirley Meng, a professor of molecular engineering at the University of Chicago, said the price hike is likely temporary and won’t do much to tamper with the rising demand for electric cars.

“That sets us back a little bit,” she said. But “people still think it’s more important that we reduce emissions as much as possible, even if it means they have to pay a little bit more.”

As for the price of consumer goods with smaller lithium-ion batteries like smartphones, experts say those prices should be more stable. 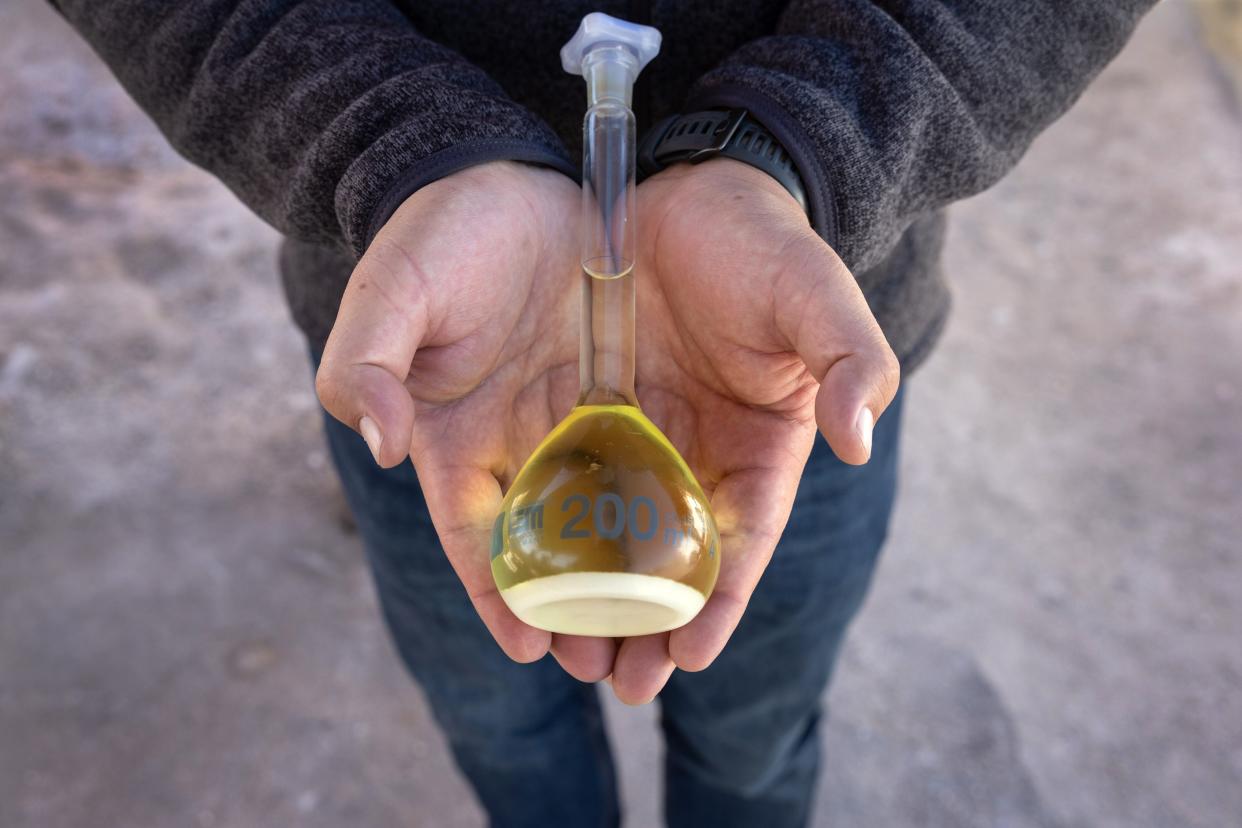 “For a lot of smaller-scale devices that you more regularly buy, like a cellphone or laptop, the batteries per unit energy or per unit mass are already priced in on the relatively higher side,” said Gary Koenig, an associate professor at the University of Virginia’s department of chemical engineering.

Will lithium supplies run out?

Lithium is more abundant than other popular metals like tin and silver, with over 39 million tons of lithium resources across the globe.

While demand is growing, McKinsey & Co. says the lithium industry should be able to provide enough product to supply the lithium-ion battery industry.

“When we are desperately looking for lithium, they will find it,” Meng said. “The abundancy of lithium on the planet Earth at this stage of the EV electrification should not be the major concern, whether we have enough lithium or not. We do.”

What are the dangers of a lithium battery?

Small lithium batteries are generally considered safe when used properly but may cause injury if they have defects, are damaged, or are recharged improperly.

There were more than 25,000 cases of overheating or fire incidents from more than 400 types of lithium battery-powered consumer products between 2012 and 2017, according to a U.S. Consumer Product Safety Commission report.

The Federal Aviation Administration also has strict rules around devices with lithium batteries and requires travelers to keep the devices in carry-on baggage due to fire risk. Devices packed in checked baggage should be turned completely off and packed in a way to protect them from damage.

There are also some fire hazards among the larger batteries found in EVs. While these fires are rare, they can be deadly. 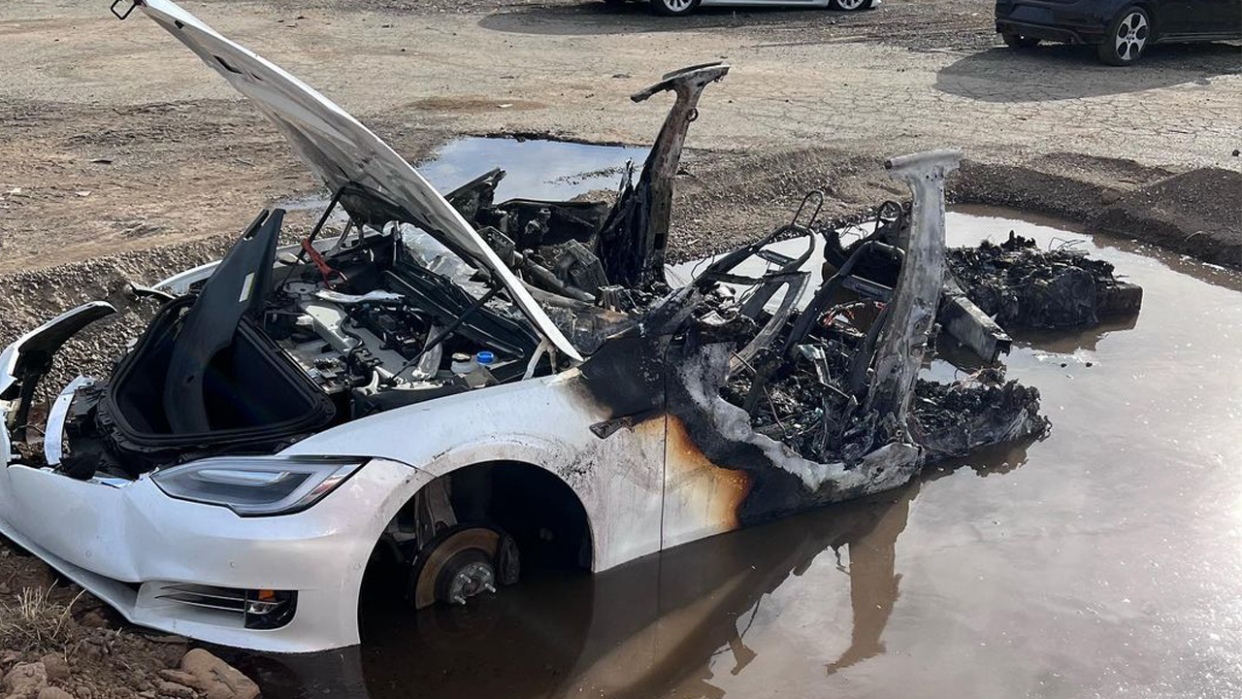 The fires are extremely hot, reaching thousands of degrees. They can lead to electric shock and are known to reignite, according to a 2020 report from The National Transportation Safety Board.

Firefighters in 2018 reportedly spent 16 hours working to put out a Tesla vehicle fire that reignited three times in one day. Last year, General Motors recalled 141,000 Chevrolet Bolt EVs due to battery defects that could start a fire. And after hurricane Ian made landfall in Florida in late September, State Fire Marshal Jimmy Patronis said local firefighters were dealing with “a new challenge” of EV fires caused by batteries damaged by the storm.

There’s a ton of EVs disabled from Ian. As those batteries corrode, fires start. That’s a new challenge that our firefighters haven’t faced before. At least on this kind of scale. #HurricaneIanpic.twitter.com/WsErgA6evO

But studies indicate risk for fire is relatively low among EVs. A June report from referral service AutoinsuranceEZ found car fires most common in hybrid vehicles, followed by gas and then electric vehicles.

EV fires: This secret project in Michigan may hold the key to averting a future battery fire crisis

Can lithium batteries be recycled?

Recycling lithium-ion batteries is expected to play a “key role” in the supply of lithium in the medium to long term since it can be recycled repeatedly, according to the U.S. Geological Survey.

McKinsey’s report says it’s possible to recover up to 80% of the lithium contained in end-of-life batteries and found recycling is expected to increase this decade, “but not to game-changing levels.” Secondary supply is expected to account for just over 6% of lithium production by 2030. 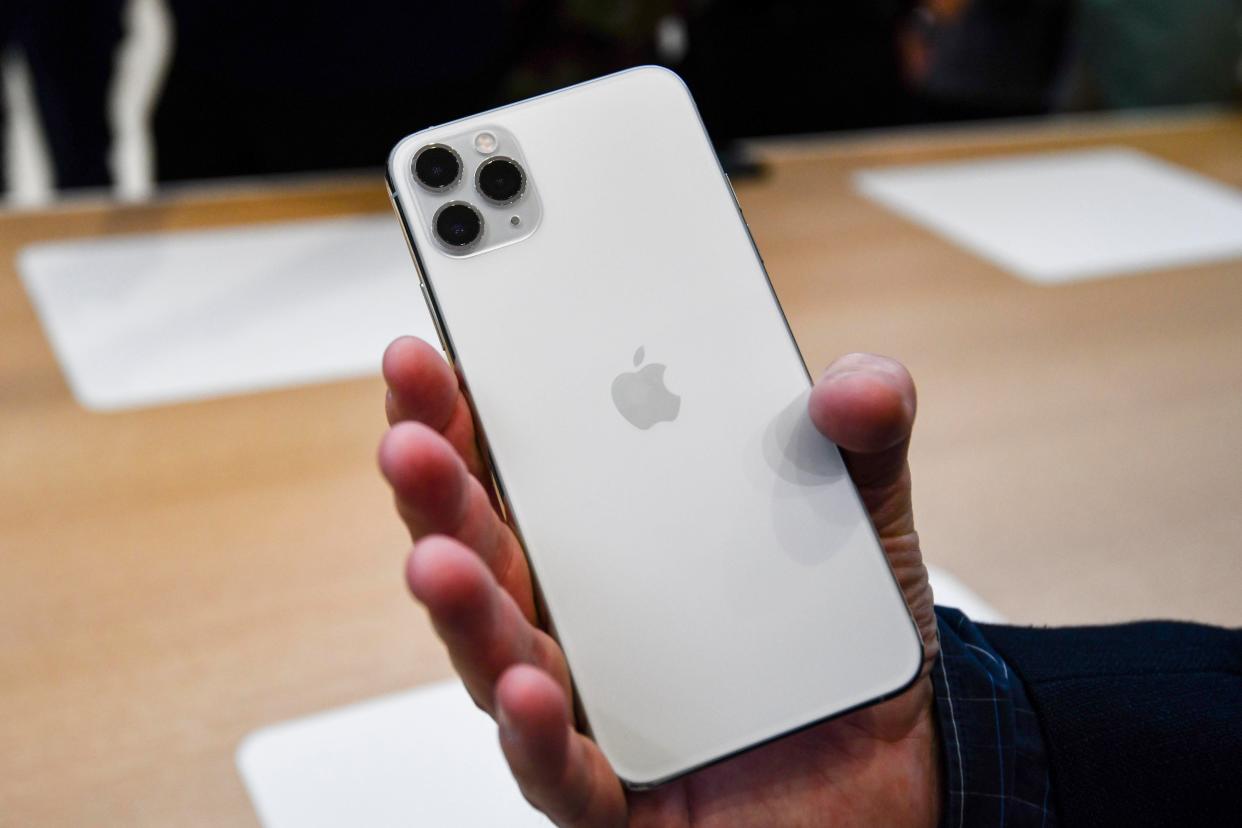 Lithium mining can lead to groundwater contamination and jeopardize ecosystems.

Even so, many experts say EVs are still the better option for the planet when compared to gas-powered vehicles.

“Even using the dirtiest coal plant to make the battery materials that go into the batteries, EV batteries actually are actually still better for the environment,” Hoffman said. “Under any circumstances, EV batteries on a long-term basis are going to be better.”

Meng acknowledges that lithium battery production does have a carbon footprint but urged consumers not to hold the EV industry to unfair standards.

Companies manufacturing gas-powered vehicles “were never subjected to such stringent environmental criteria,” she said. “We welcome those demands from society, but we also ask for support to help the entire field to move toward green manufacturing (and) 100% recycling.”

You can follow USA TODAY reporter Bailey Schulz on Twitter @bailey_schulz and subscribe to our free Daily Money newsletter here for personal finance tips and business news every Monday through Friday.

This article originally appeared on USA TODAY: ‘The new gasoline’: What the lithium gold rush means for you