The TEN new skyscrapers planned for the City of London that could change the capital’s skyline: From a block towering 935ft above sea level to a 32-storey office beside Leadenhall Market

Ten new skyscrapers are reportedly being planned for the City of London that could forever change the capital’s skyline.

Developers behind eight of the tower blocks are reportedly in confidential ‘pre application’ discussions with the City, while two others have recently submitted formal applications.

The applications that have been made public are for a 63-storey development at 55 Bishopsgate – which at 935ft above sea level would be one of the tallest in the Square Mile – and a 32-storey tower at 85 Gracechurch Street, beside Leadenhall Market.

But the scheme has already received objections from Historic England and Westminster Council amid fears it could block protected views of St Paul’s Cathedral and the wider city skyline. 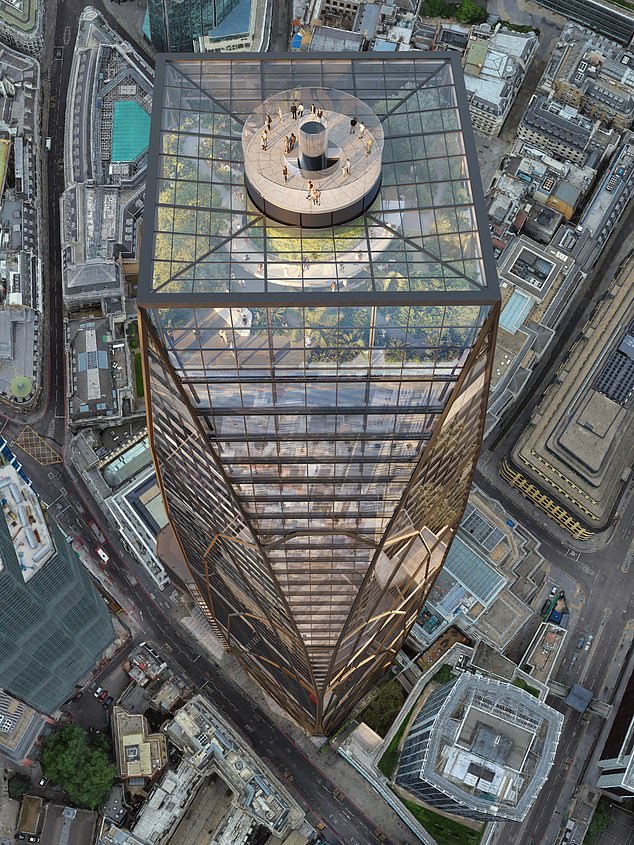 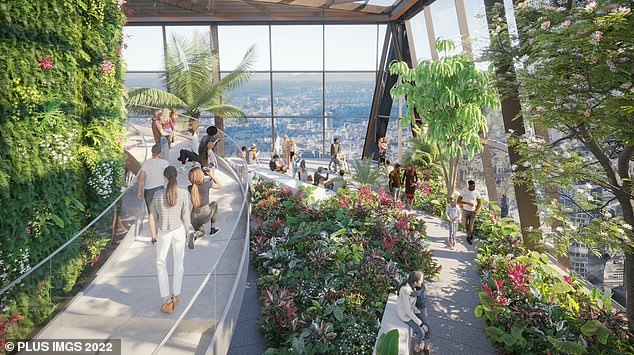 A development at 55 Bishopsgate – whose design ‘takes inspiration from nature’ and would include a sky garden to rival that at the Walkie Talkie building.

Most of the new towers are located in the City’s ‘eastern cluster’ – which is already littered with iconic buildings including the Gherkin, the Walkie Talkie building, the Cheesegrater and the Scalpel.

The new proposed developments all exceed 75-metres tall, making them ‘tall buildings’ under the City’s definition.

Shravan Joshi, chairman of the City’s planning and transformation committee told the Standard that they were all ‘substantial buildings that will change the skyline of the City once more – or add to it’.

Others already under construction include the 35-storey One Leadenhall tower and a 33-storey tower approved for 70 Gracechurch Street last year. 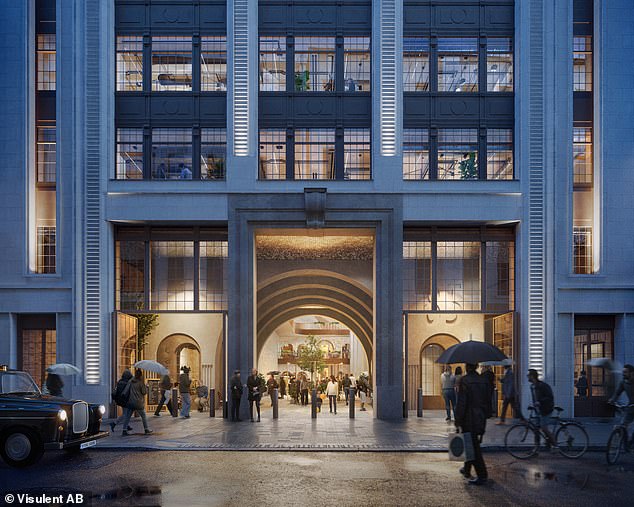 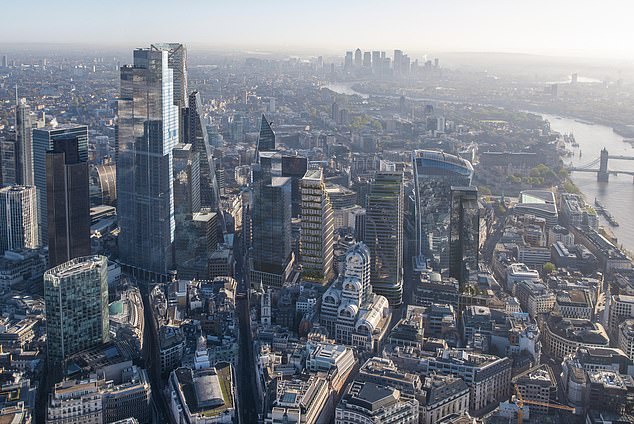 Another is a 32-storey tower at 85 Gracechurch Street, with developers saying the office tower will drive footfall to historic Leadenhall Market which will lie in its shadow 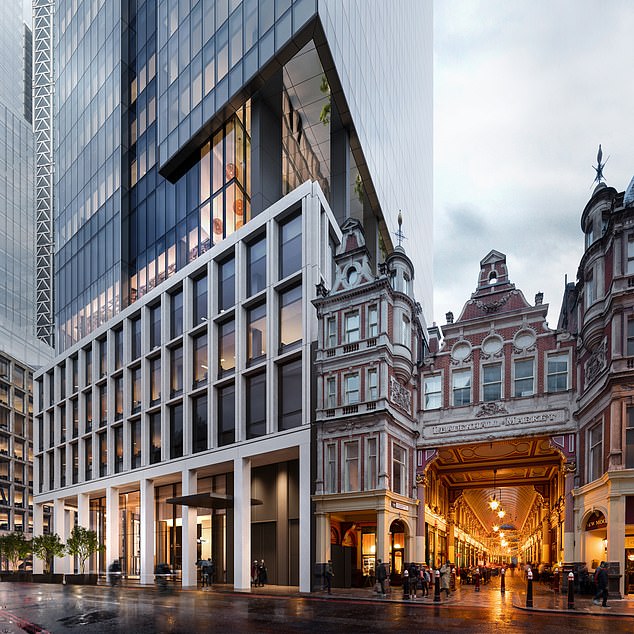 One Leadenhall Street, a skyscraper at 183-metres tall, will sit adjacent to the iconic Grade II*-listed market

One Leadenhall Street, a skyscraper at 183-metres tall, will sit adjacent to the iconic Grade II-listed market.

The 35-storey tower, designed by architect Eric Parry, features a hanging garden across the exterior and a public viewing terrace at level 10. 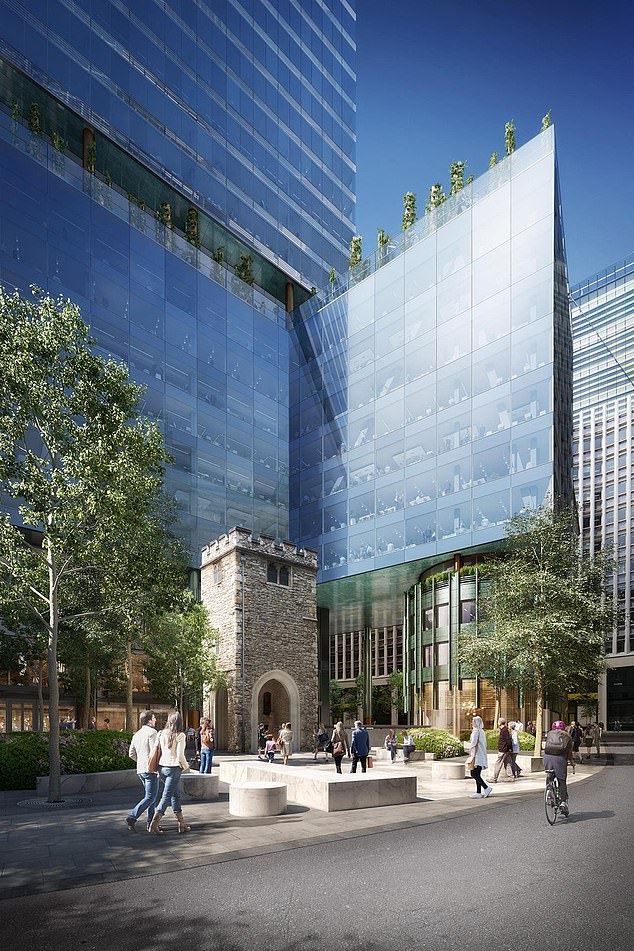 Meanwhile, 70 Gracechurch Street is set to include a public gallery and winter garden offering views across the city.

The number of applications exceeds those made in 2020 and 2021, in what Mr Joshi said was an encouraging sign of post-pandemic recovery as new industries are attracted to the Square Mile, including technology, creative arts, media and education firms.

He declined to comment on whether the eight developments included a controversial £1.5billion scheme for a 16-storey tower above the Grade II-listed Liverpool Street Station. 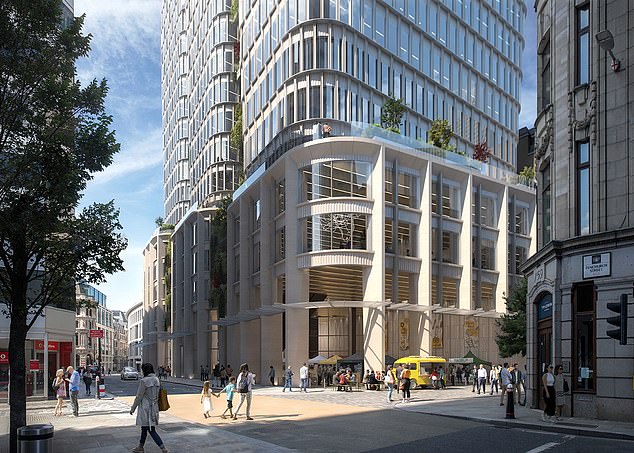 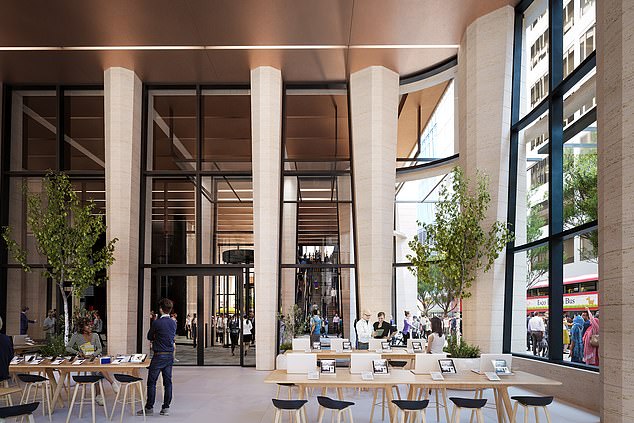 A CGI drawing of 70 Gracechurch Street which is in development

The hotel and office block development is proposed by Sellar, who are behind the Shard at London Bridge, which sits at 310-metres (1,017ft) making it the capital’s tallest building.

But preserving historic buildings is also a consideration for the City, with Mr Joshi adding: ‘We have got to get a balance in the Square Mile.

‘We are not Manhattan, in the sense we have a Roman history to preserve; we have heritage buildings to look after.

‘We have a responsibility to maintain that historical and cultural fabric that makes the Square Mile what it is.’