Sidon, Lebanon: Ain al-Hilweh is not a camp in the way that most Australians recognise the word. There are no tents here. People don't move in for a few weeks holiday, then pack up and go home.

Here instead there are high walls, checkpoints, apartment buildings, schools, offices and armed men. Lots of armed men. It's a mini city composed of concrete and thwarted dreams. And, as usual, photographer Kate Geraghty is making a friend. 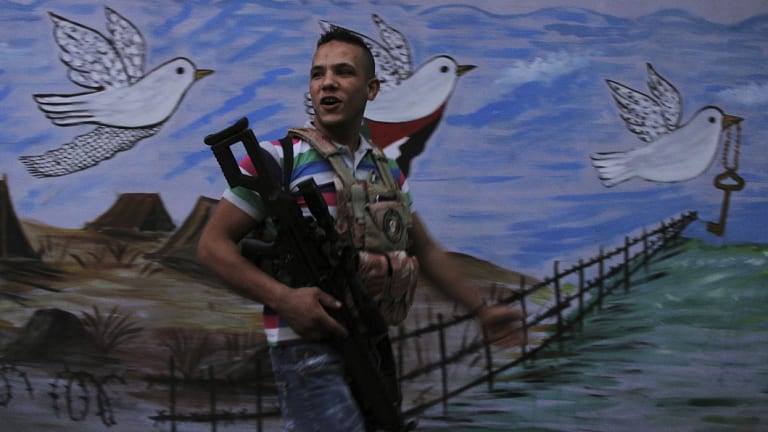 "W'allah!", she exclaims, a grin splitting her face, "Aren't you magnificent?"

A buff young man, striding with a military-style vest and a sub-machine gun down a street, stops and preens for her.

"Can I photograph you?"

When the state of Israel was being formed in 1948, and a war with the Arab world raged, hundreds of thousands of Palestinians fled their homes into neighbouring Lebanon and set up temporary camp. Uneasily, Lebanon let them stay. And as they stayed, their children grew up, and married. And then there were grandchildren, and great-grandchildren, all of whom are still recognised by the United Nations as refugees.

With the help of the international community, they brought in building materials and erected houses, then schools and apartment blocks. 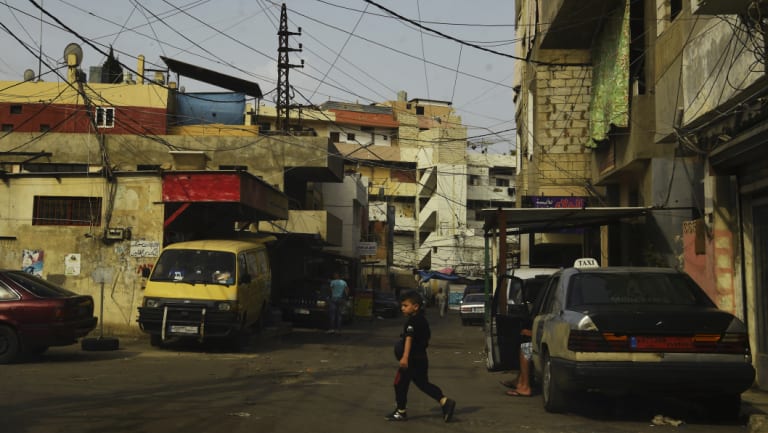 Ein el-Helweh – a refugee “camp” that’s a cross between a ghetto and a prison.Credit:Kate Geraghty

Ain al-Hilweh, in Sidon, about 50km south of Beirut, is the biggest such camp in Lebanon. It has a main street, two health centres, pizza shops, mechanics, hairdressers and thousands of children.

The Lebanese state effectively stops at the red and green painted checkpoint that guards the entrance. Striding the streets in what is a cross between a ghetto and a prison and providing security are the gun-toting young men of the state-of-Palestine-in-exile's political factions.

One area of this concrete camp is patrolled by groups affiliated with the Lebanese Shiite party, Hezbollah; another is the domain of Hamas. Over there (you can tell by their garb) are the fundamentalists of HTS, once known as al-Qaeda. Bullet holes on the walls show that, sometimes, the factions clash. 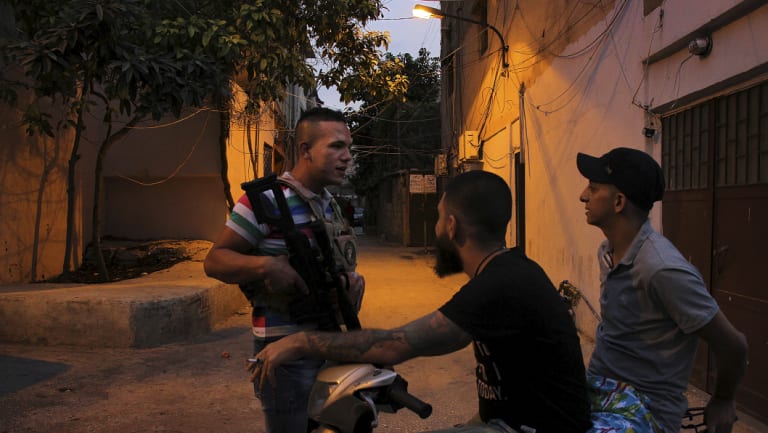 Geraghty's new friend, later revealed to be called Abu Raban, accedes to the picture. He struts on his rounds, and, as dusk falls, Geraghty follows using a borrowed camera (unlike the guns, the tools her of trade are not allowed through the gate).

At the bottom of the street, he joins his mates. One has a tight T-shirt and a pistol strapped to a belt around his trim waist. Another wears a white singlet and trainers and carries an M-16. They pose in front of a super-life-sized mural of their late leader, Yasser Arafat. 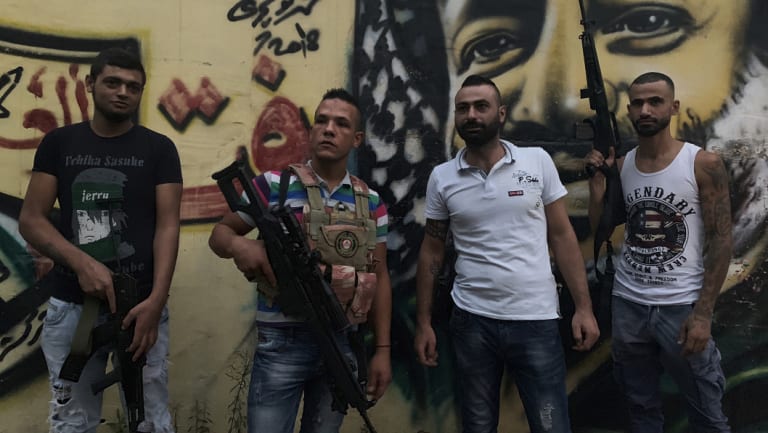 Then they invite us for coffee.

"We've been tracking you around the camp all day," says their leader Abu Nasser, a tanned, compact, older man in full jungle camouflage and a sharp haircut. He leads us into a small room in a bunker. He could be menacing, but it seems he wants us to like him.

"We are the soldiers of the revolution," he assures us, wiping sweat from his face. "We provide security. Did you feel safe?"

Another man scowls at me across the table. He's huge. The men of Fatah pour coffee into tiny plastic cups, a cardamon pod floating in each. It's my 47th coffee for the day and by far the worst. I slug it and try not to grimace. Cigarettes are shared and lit.

My coffee, unfortunately, is refilled.

The big man is Yanal. He has a soft voice and he uses it to tell us in excellent English how much he would love to go to Australia.

We are in a concrete room inside a concrete jungle, behind concrete walls administered by an unyielding Lebanese state which believes these people to be a demographic problem, and so is adamant that these men, and their families will never become citizens.

They live largely on the charity of the United Nations and a genuine, frustrated dream of returning to a Palestinian home they have never visited on land now governed by Israel. Pictures of keys are everywhere, the symbol of the Palestinian "right of return" to their ancestral homes.

Meanwhile, these men take their masculine pride from patrolling it in tight shirts with very large weapons. 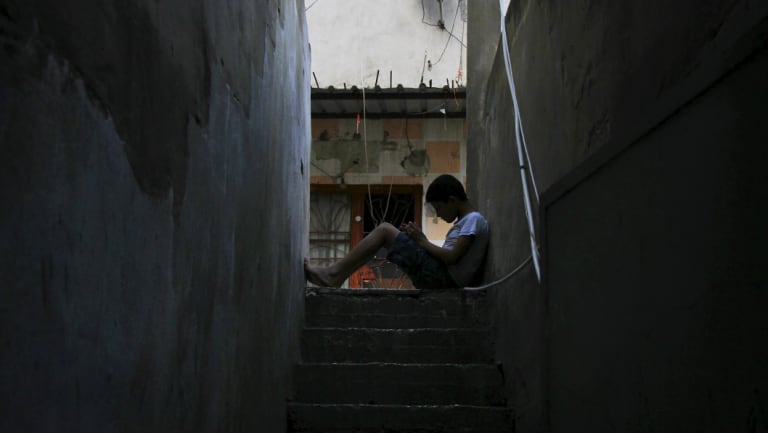 A boy reads on stairs in the Fatah area of Ein el-Helweh.Credit:Kate Geraghty

A few days later, a nearby pizza shop owner jokingly asks us to take his climbing toddler off his hands and back to Australia with us.

"I have three others," he says drily, gesturing to his son. "It's enough.

"And any life you could give him would be better than this."