The Army deserter who Escaped to the Chateau: Spotted on Channel 4, the soldier who fled to France, married, and turned a rundown 18th century mansion into a £900,000 B&B

A trooper who deserted the Household Cavalry was caught nearly a decade later after he appeared on Channel 4 renovating a £890,000 French chateau.

Billy Petherick, 33, went absent without leave in 2009, starting a new life in France, marrying a local woman and buying and restoring the 40-room 18th century mansion.

When the programme was broadcast in 2018 the Army was finally able to pinpoint his exact address – the Chateau de la Basmaignee in the Pays de la Loire, which boasts royal ties to Louis XIV and has its own lake.

Bulford Military Court in Wiltshire was told this week that Petherick had deserted the Household Cavalry, which guards the Queen, in 2009 and never returned.

Captain Daniel Lawlor, prosecuting, said Petherick’s stepsister had died that year and he had been bullied by colleagues as a result. 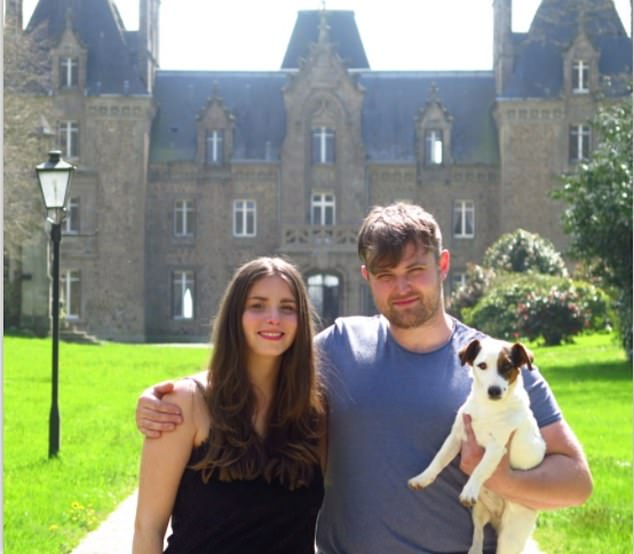 Billy Petherick, 33, went absent without leave in 2009, starting a new life in France, marrying a local woman and buying and restoring the 40-room 18th century mansion. 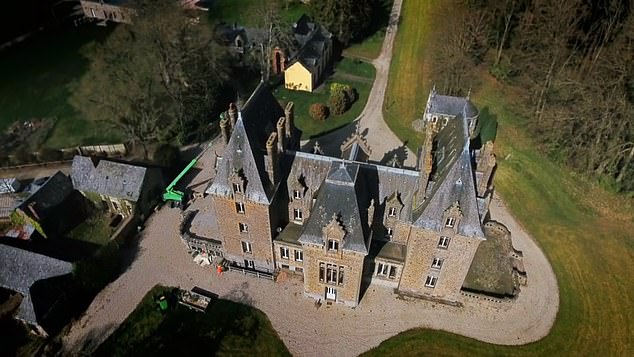 The Army was finally able to pinpoint his exact address in 2018 – the Chateau de la Basmaignee in the Pays de la Loire, which boasts royal ties to Louis XIV and has its own lake.

‘Trooper Petherick has since moved to France, where he lives permanently, and is married with two children. Through inheritance money he and his wife have started a business in France.’

The court heard Petherick fled to start a ‘changed’ life in France, where his parents lived. He fell in love with and married a French woman, Gwendoline Mouchel.

When the couple bought the chateau in 2016, using a bequest from Mrs Petherick’s late mother, it had no electricity, no running water and 90 rotten windows. Along with his brother Michael, Petherick set about doing it up, creating their own bed and breakfast business in the process.

The court heard that in 2014 French authorities were contacted to locate him, and three years later an arrest warrant was issued.

After finally establishing his whereabouts in 2018, a British Army official approached Petherick and persuaded him to return to Britain, the court heard.

In August this year Petherick returned to the UK and was arrested. The reason for the delay in his return is unclear. He appeared at Portsmouth Magistrates Court the following month charged with going AWOL.

‘After his absence of 12 years, his unit has no intention for him to return,’ Captain Lawlor said. Petherick pleaded guilty to one charge of desertion and was dismissed from the military, but avoided a jail sentence.

Chateau de la Basmaignee was described on the Channel 4 programme as having six floors and 22 bedrooms.

It boasts more than 60 acres of parkland with a picturesque forest, a tennis court, a private chapel and a separate building which once housed servants. 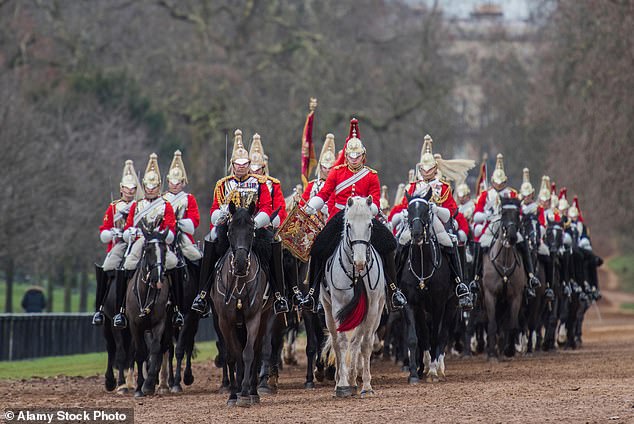 Bulford Military Court in Wiltshire was told this week that Petherick had deserted the Household Cavalry, which guards the Queen, in 2009 and never returned.

The chateau was named after the Basmaignee family, who were advisers to Louis XIV, who ruled France from 1643 until his death in 1715.

In the show, Petherick says: ‘I moved over here [to France] about six years ago. My parents were already living here and I thought I would give it a try. It is a bit of a fancy, living in a chateau… it’s always been a bit of a dream.’

The programme made no mention his links to the Army.

The main series, Escape To The Chateau, featuring Dick Strawbridge and his wife Angel, receives three million viewers every Sunday, making it one of Channel 4’s most popular programmes.