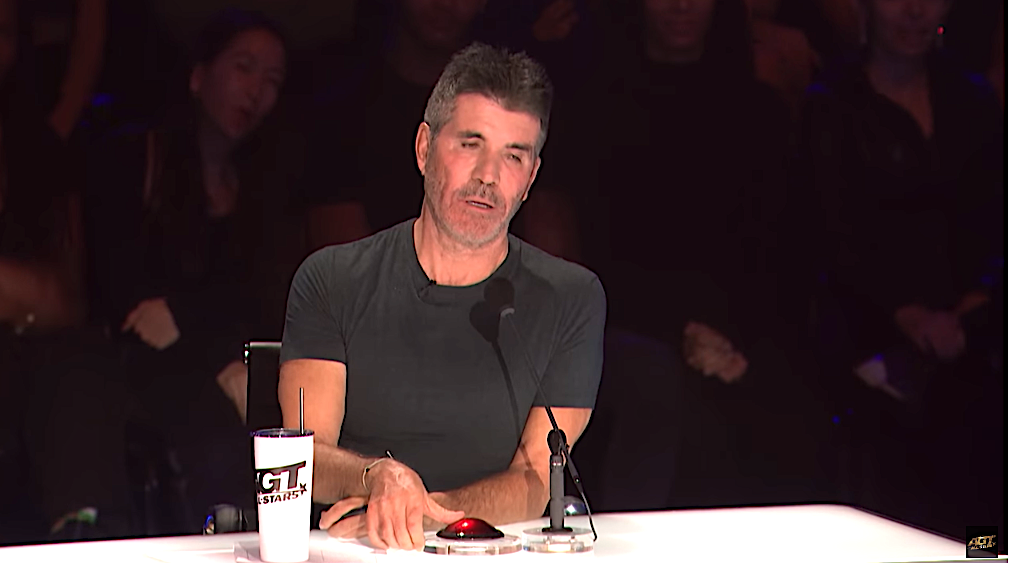 The third week of America’s Got Talent: All-Stars aired Monday, with just two of this week’s 10 “best of the best” alumni advancing to the finale: one voted through by an elite group of “superfans” from across the country, and another chosen via Golden Buzzer by one of the judges.

This week, the Golden Buzzer power lay in the hands of Simon Cowell, the panel’s pickiest and harshest member, so the contestants had to work especially hard to impress. Cowell eventually used that power on a very deserving contestant, but the grumpy judge also used his red buzzer — giving what host Terry Crews called a “rare All-Stars X” — to no less than three performers. Apparently, it wasn’t so “rare” after all.

The first contestant to feel the wrath of Cowell was British mentalist Peter Antoniou, who in AGT Season 16 was voted out of the semifinals after his routine went awry and Cowell red-X’d him back then. "I really hope this performance wins Simon over, and makes him regret pushing that red buzzer," Antoniou said this week. But sadly for him, not much had changed two years later. Even though Antoniou’s psychic tea party act went according to plan and eventually delivered a big payoff, Cowell still buzzed the mind-reader midway through, while pretending to be in a bored mid-snooze.

“It’s not always about the finish — it’s getting there. And how you got there wasn’t very good, in my opinion,” Cowell explained. “Because it takes too long. I think it’s your lack of showmanship.” Host Terry Crews and judges Heidi Klum and Howie Mandel all disagreed with Simon. Mandel in particular was amazed by Antoniou’s “superpower,” said Cowell was “100% wrong,” and thought Antoniou pulled off a performance “worthy of the finals.” But it was obvious that this magician wasn’t going to get the coveted color of buzzer this week. 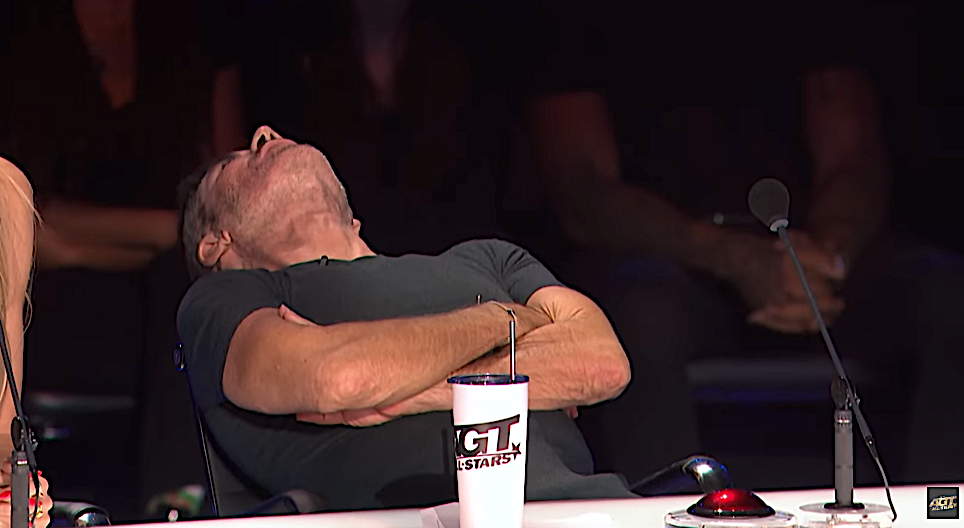 Cowell’s next reject, perhaps more understandably or justifiably, was Jackass-lite comedy stunt troupe Dustin’s Dojo. Ironically, these guys received the first Golden Buzzer ever in AGT history — but that was back in Season 9, when Howard Stern, not Simon, served as the lead judge. At that time, Klum and then-judge Mel B both gave Dustin’s Dojo red X’s, but Stern, who actually compared them to the Three Stooges, swooped in to save them. As it turned out, Dustin’s Dojo didn’t last long, not even surviving Season 9’s Judges’ Cuts round, so their not-so-triumphant return this week was clearly a gimmick casting.

Cowell buzzed these three stooges before they made it even a minute into their clumsy routine, and Klum, who tried to keep an open mind and give them a chance at redemption, eventually followed suit. Mandel gave them a one-man standing ovation, described them as “pure comedy,” and said, “I think it's silly, I think it's bad, I think it's atrocious — I would go see this movie!” But the loudly booing studio audience obviously agreed with only part of Mandel's sentence. “That wasn’t karate, that was ka-rappy,” Cowell groaned. 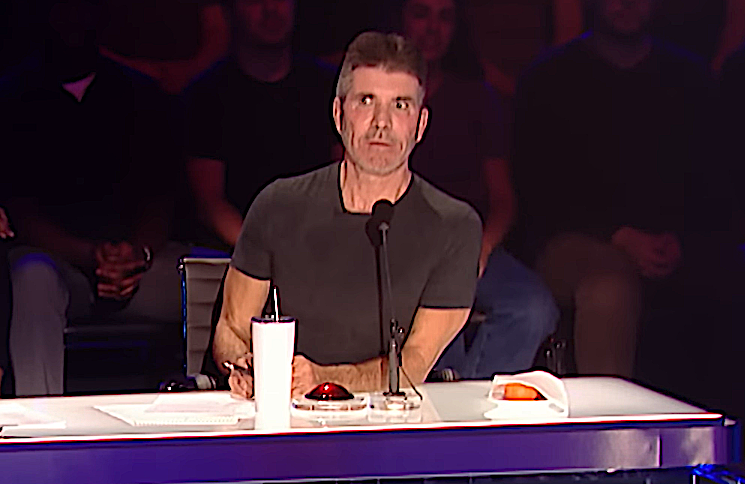 Cowell’s final red X recipient was “punk-rock daredevil” Captain Ruin, whose knife-throwing skills actually earned him a Golden Buzzer on Australia’s Got Talent in 2019, before he mysteriously quit the show. Ruin’s withdrawal wasn’t addressed on Monday’s show, but it was apparent that Cowell wasn’t thrilled to see the Keith Flint lookalike and apparent Gogol Bordellon superfan return to the Got Talent franchise. On a night featuring truly dangerous danger acts like fan-favorite aerialist Viviana Rossi (who’d disappointingly been forced to withdraw from AGT Season 17 due to injury) and India’s blindfolded, sledgehammer/chainsaw-wielding Bir Khalsa (who Mandel called “by far the craziest thing I have ever seen”), Ruin just wasn’t operating at an All-Stars level. “It was a lot of build-up, not much delivery,” Cowell shrugged. 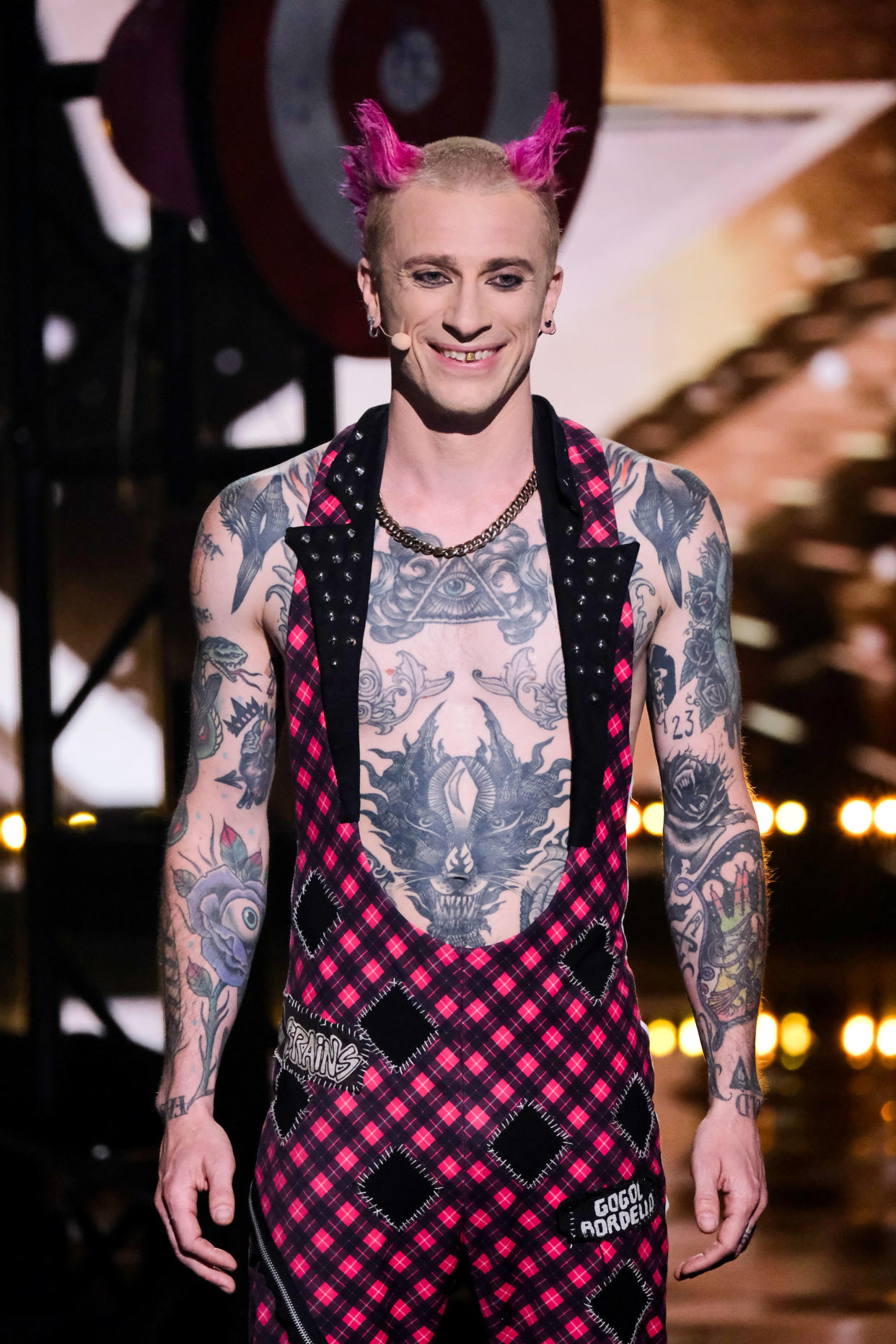 However, things got interesting when it was time for the superfans’ vote, and that national jury had a chance to disagree with Simon. The superfans’ top three actually included the red-X’d Antoniou! Along in the top three was Dominicana’s Got Talent’s 2021 champion, teen singer Keren Montero, despite Cowell’s “constructive criticism” of her song choice — Lauren Daigle’s “Rescue” — which he said Montero failed to “turn into her unique version.” But in the end, the superfans voted through saxophonist Avery Dixon (Terry Crews’s Golden Buzzer pick in Season 17), who upped his game this week with a full band that he called “The Avery Dixon Experience.”

Cowell was presumably happy with the superfans’ choice, since he’d told Dixon earlier in the evening, “You’ve given yourself a shot of winning this. You have absolutely set the bar right now.” In fact, Simon explained he didn’t give his Golden Buzzer to Dixon because he was that sure that Dixon would secure the superfan vote. But as Rossi, Bir Khalsa, charming Britain’s Got Talent magician Keiichi Iwasaki, and Miami’s Dance Town Family were eliminated on yet another competitive All-Stars episode, Cowell did acknowledge, “Wow, we lost some good people.”

So, which contestant earned Simon’s all-important Golden Buzzer, if it wasn’t Avery? That honor went to fan-favorite Season 17 comedian Mike E. Winfield, and rightfully so. Mike received a standing ovation from Monday’s live audience the moment he walked onstage, before he’d even told one joke, and once his routine started, he was funny as everyone remembered, if not more so. “I think if you had done that routine in the [2022] final, it might have be a completely different story,” Cowell told Winfield, who just missed making Season 17’s top five last year.

While Winfield’s career has exploded since competing on AGT, so he didn’t really need All-Stars, but he explained that he came back because he didn’t win last time — and he still wants to fulfill his dream of being the first comedian to ever win AGT. “I’m here to play!” he declared. “I love, love, love people who compete,” Simon raved, before whacking his golden button and even hopping onstage to give Mike a congratulatory hug.

It remains to be seen if Mike E. Winfield can make AGT history as a barrier-breaking comedic champ, but on a night when Simon Cowell was being especially critical, the fact that he earned Simon’s Golden Buzzer makes him a winner of sorts already.

· 'AGT' all-stars Tone the Chiefrocca, Aidan Bryant return to settle the score: 'I want to win so bad, and I'm here to prove it'

· One of reality TV’s all-time biggest successes cut in early 'AGT: All-Stars' shocker: 'I would have never guessed that'

· Nick Cannon on quitting 'America’s Got Talent': 'One of the best decisions I ever made in my career'