Thailand’s king has married his consort – a former flight attendant who had been deputy head of his bodyguard unit.

The announcement in the Royal Gazette comes just before his official coronation which happens on 4-6 May.

Vajiralongkorn, also known by the title King Rama X, became monarch after the death of his father, King Bhumibol Adulyadej, in October 2016, after 70 years on the throne. 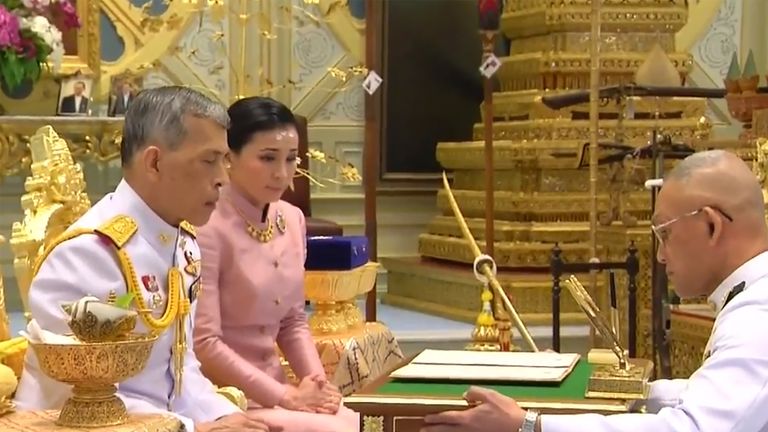 Despite being in the public eye for around three years, not much is known about the new queen.

She is reported to be aged 40 and used to work for Thai Airways. In 2014, Vajiralongkorn appointed Suthida as a deputy commander of his bodyguard unit.

The king made Suthida a general in December 2016, and the deputy commander of the king’s personal guard in 2017. He also made her a Thanpuying, a royal title meaning Lady.

This is Vajiralongkorn’s fourth marriage, having divorced his previous wife, who he shares a son with, in 2014.

Thai television showed a video of Suthida prostrating herself before the king, and was said to have presented a tray of flowers and joss sticks – and in return was given traditional gifts associated with royal power. 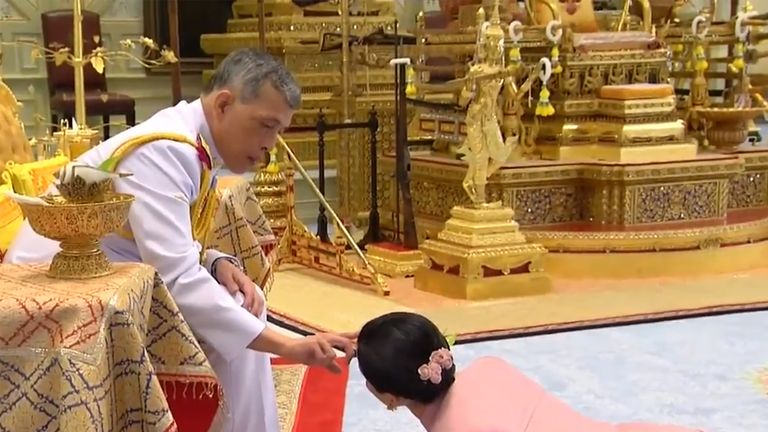 It also showed the king in a white uniform and his bride in a pink silk traditional dress formally registering their marriage in his palace residence in the Thai capital Bangkok.

The newlywed couple were also shown signing a marriage certificate book, which was also penned by the king’s sister, Princess Sirindhorn, and privy council head Prem Tinsulanonda as witnesses.

Thai prime minister Prayuth Chan-ocha and other senior officials were also at the ceremony. 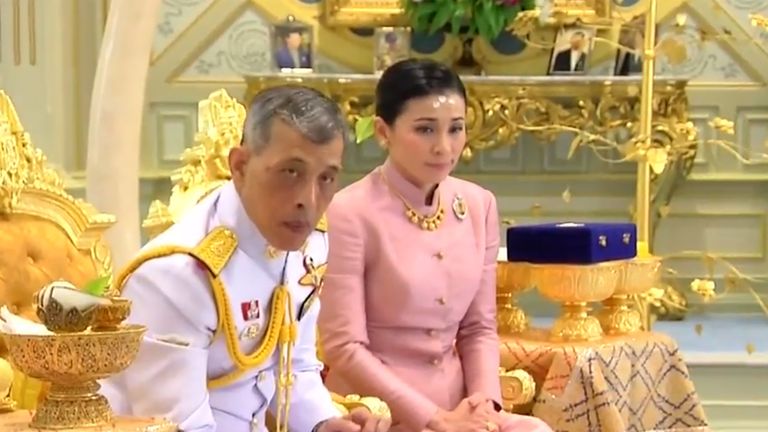