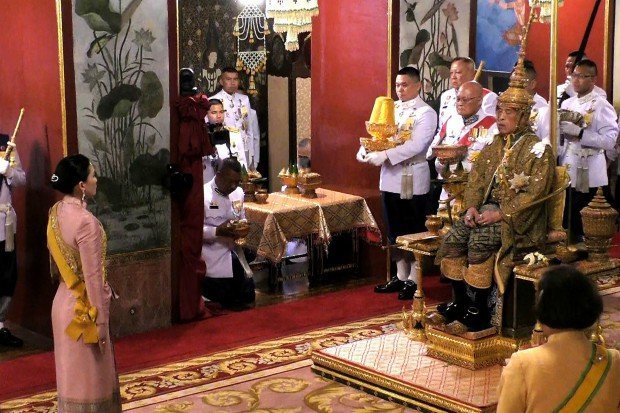 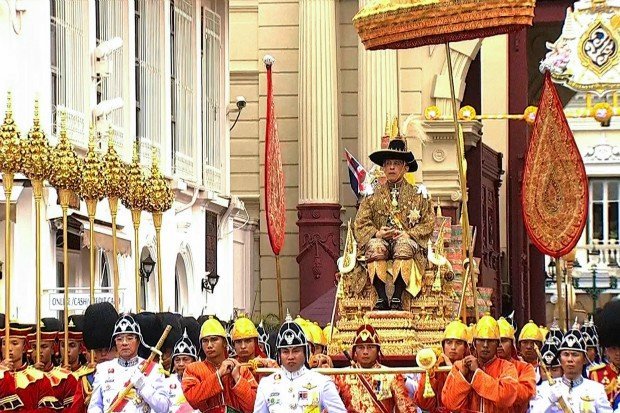 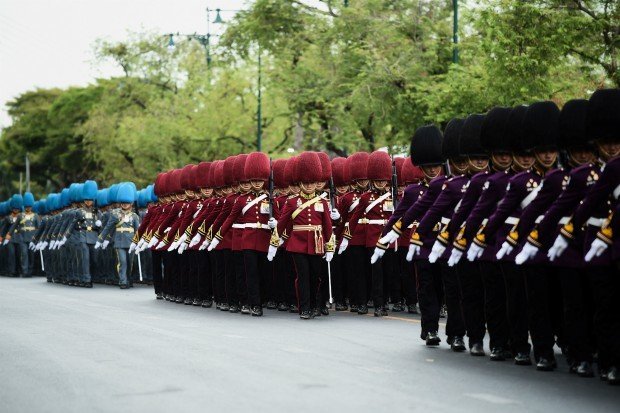 He also ascended the magnificent Bhadrapitha Throne and placed a 200-year-old crown, weighing 7.3kg, on his own head as part of the presentation of royal regalia.

Brahmins monks handed him more regalia, including a wooden sceptre inlaid with gold, a jewel-encrusted sword believed to have been found in a lake in northern Cambodia, decorative slippers, and a whisk made from yak’s hair.

Today he returns to the Temple of the Emerald Buddha, the most sacred place of worship in Thailand, before symbolically moving into the Royal Residence.

And on Sunday, he will go on a royal procession, featuring a 21-gun salute will and an expected 200,000 people lining the 4.3-mile route around the city.

In Thailand, hundreds of people have been prosecuted simply criticising the king, who is treated like a god and is expected to proclaim himself the Royal Patron of Buddhism during the ceremonies. 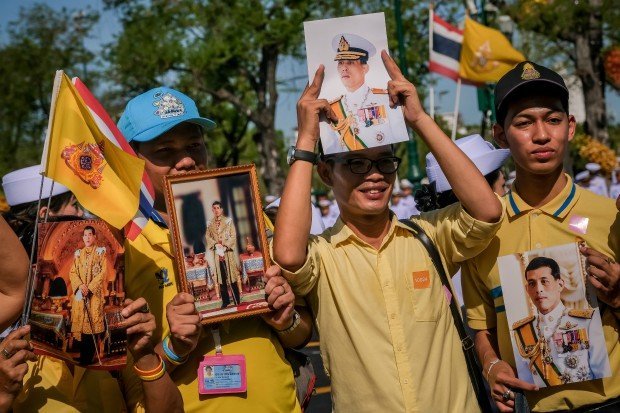 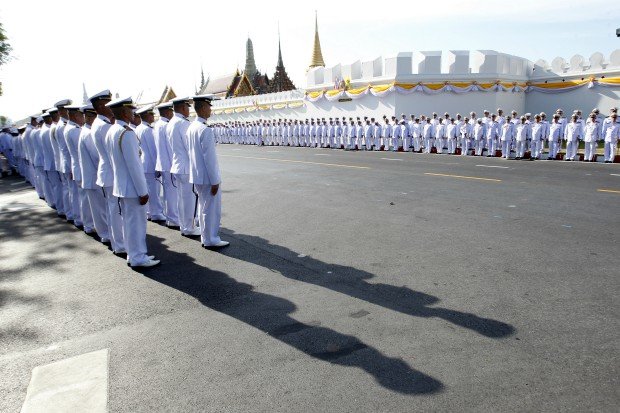 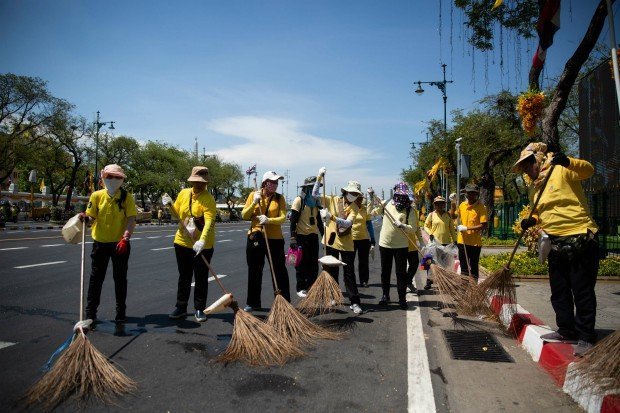 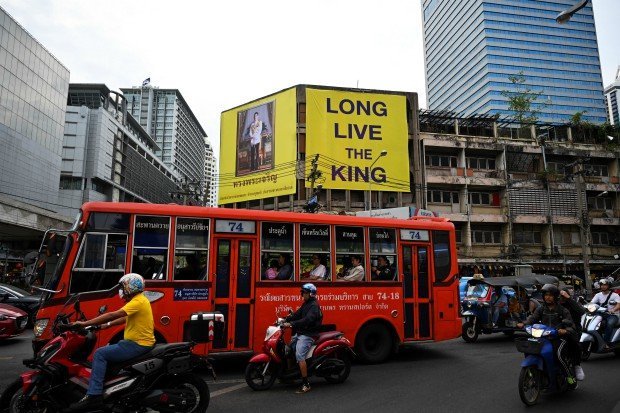 The king is regarded as semi-divine, and as such, must always be seated the highest in any room.

Vajiralongkorn is known to be a flamboyant and eccentric man, having been pictured wearing skin tight crops tops in public and promoting his small dog Fufu to the rank of “Air Chief Marshal” in the Thai military, complete with a tiny uniform and boots.

Fufu, who sadly died in 2015, rose to fame when a scandalous video of Vajiralongkorn’s third wife Srirasmi feeding him a birthday cake in a restaurant, whilst dressed in just a tiny g-string, was leaked.

The king married his fourth wife Suthida, 40, his former bodyguard, just two days ago and proclaimed her as his Queen consort.

The couple met while she was working as an air hostess and he was a pilot and their relationship was never been formally acknowledged before the recent wedding.

During the wedding, the king’s consort bizarrely laid almost face down at his feat to bless him and pass him objects.