A 17FT great white shark could be heading for Britain after "taking a wrong turn".

Nukumi – who weighs 253 stone – has become only the second in history to cross the Atlantic. 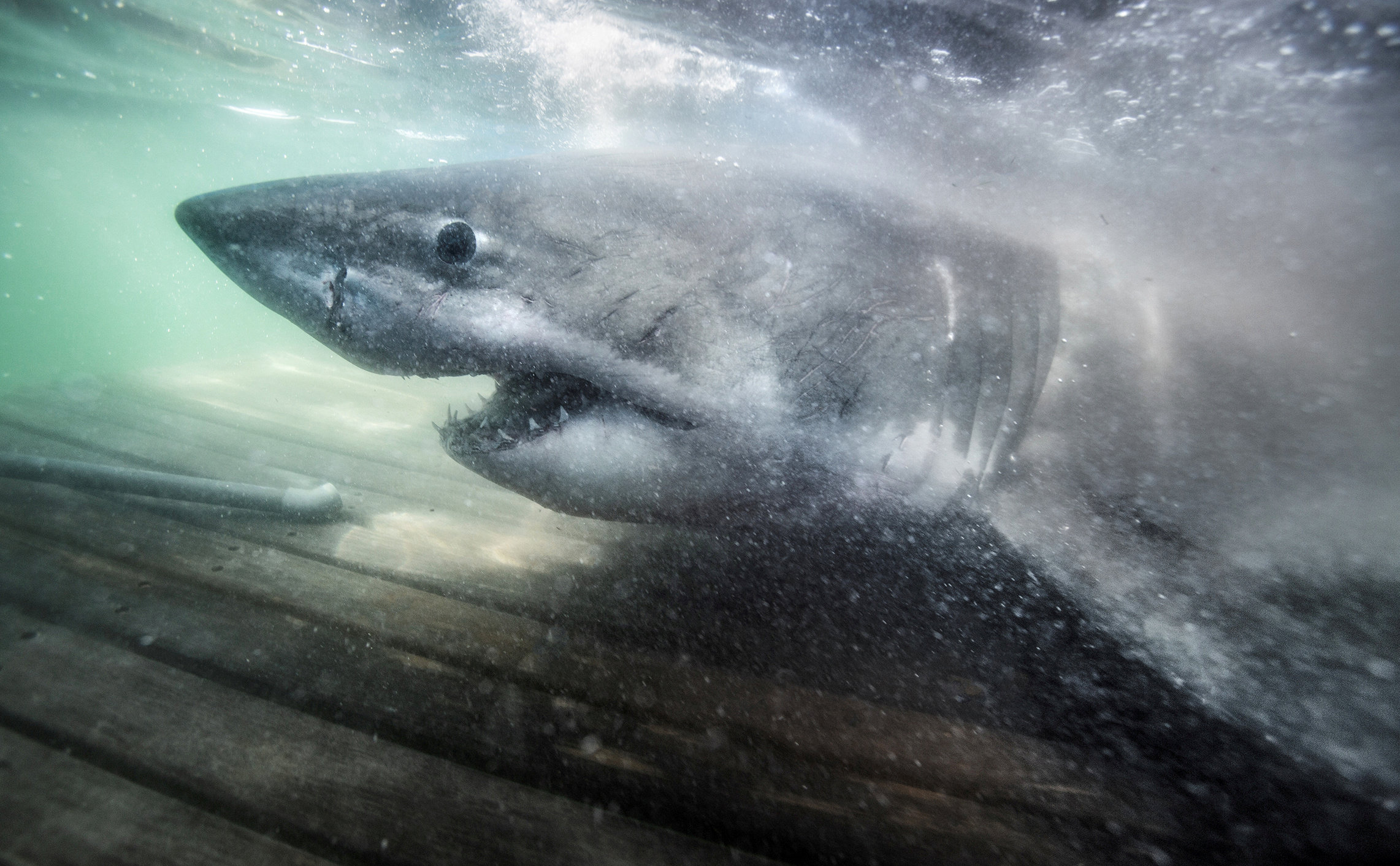 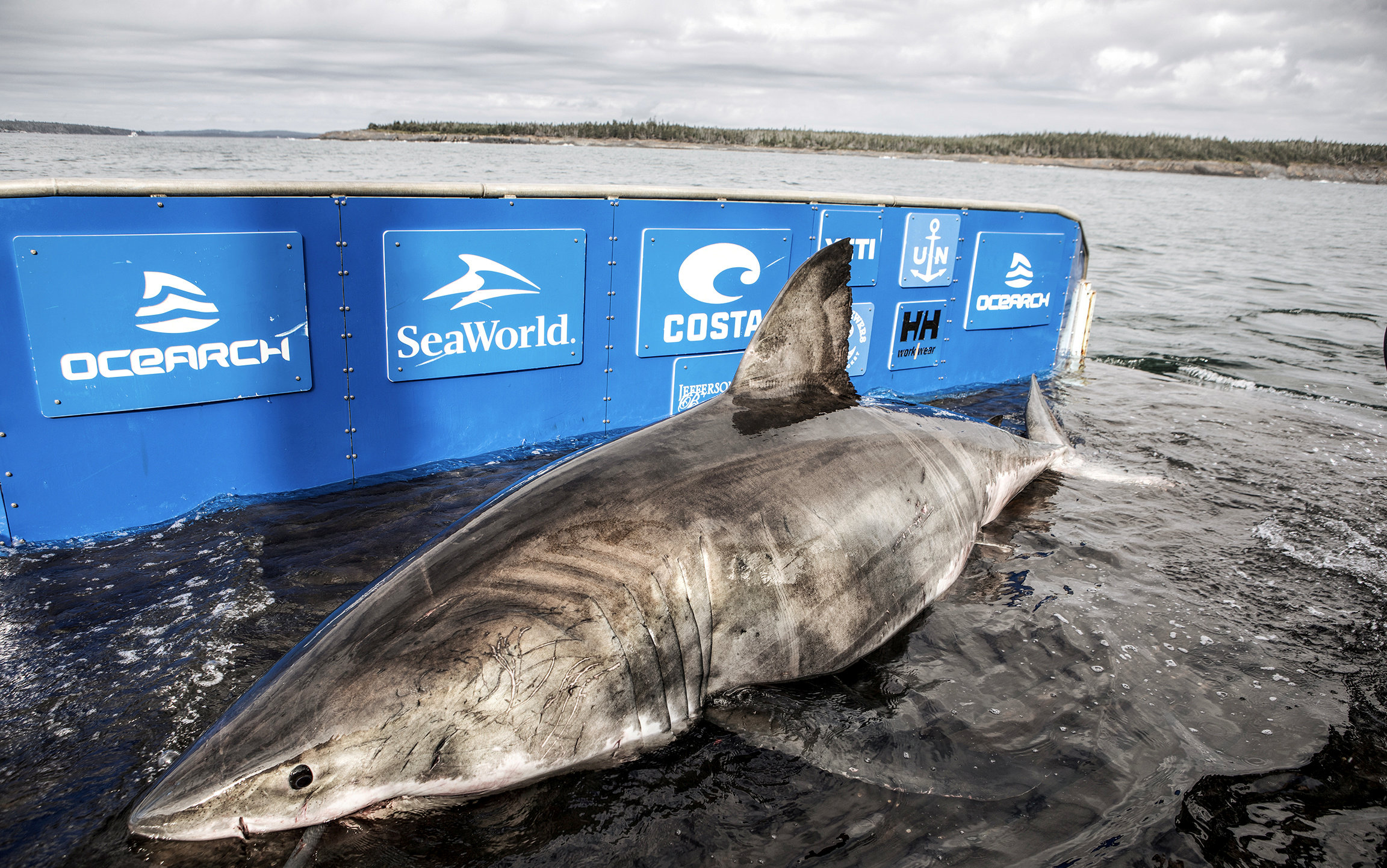 She usually swims up and down the west coast of America and Canada but seems to have taken a swerve east.

And now the 50-year-old matriarch – the largest ever tagged in the region by scientists monitoring her – has been located just 1,700 nautical miles off UK shores.

Migratory species like great white sharks rarely cross the Mid-Atlantic Ridge – a barrier in the middle of the ocean – but Nukumi took the plunge earlier this month.

And she has kept going, surfacing long enough for the tag in her dorsal fin to 'ping' a GPS location back to gripped shark trackers at science organisation OCEARCH.

The only other great white shark tracked making the crossing was Lydia, in April 2014, which stunned scientists with an epic journey to the coast of Portugal.

Nukumi's two-month voyage has so far taken her close enough to British shores for experts to admit: "She is capable of reaching the UK coast."

They reckon she's on the move because she could be pregnant, and is looking for a place to give birth away from her aggressive male counterparts.

'CAPABLE OF REACHING THE UK'

OCEARCH's chief scientist Dr. Bob Hueter said: "At this point in her track, Nukumi has crossed from the western Atlantic to the eastern Atlantic over the Mid-Atlantic Ridge, the dividing feature between west and east.

"She has been swimming eastward for about two months since she left the US coast off the state of North Carolina.

"As of her last known location, Nukumi was still about 1,700 nautical miles from the UK.

"Now, that is less than her distance from the US coast, so she is capable of reaching the UK coast. But we would not predict that she will do that, as white sharks are rare off the UK."

Instead they believe she might go to offshore islands or seamounts in the eastern Atlantic – perhaps the Azores.

Or she could head towards the opening into the Mediterranean Sea, "as there are white sharks in the Med".

But most likely is that she will make a turn and "loop back into the western Atlantic". 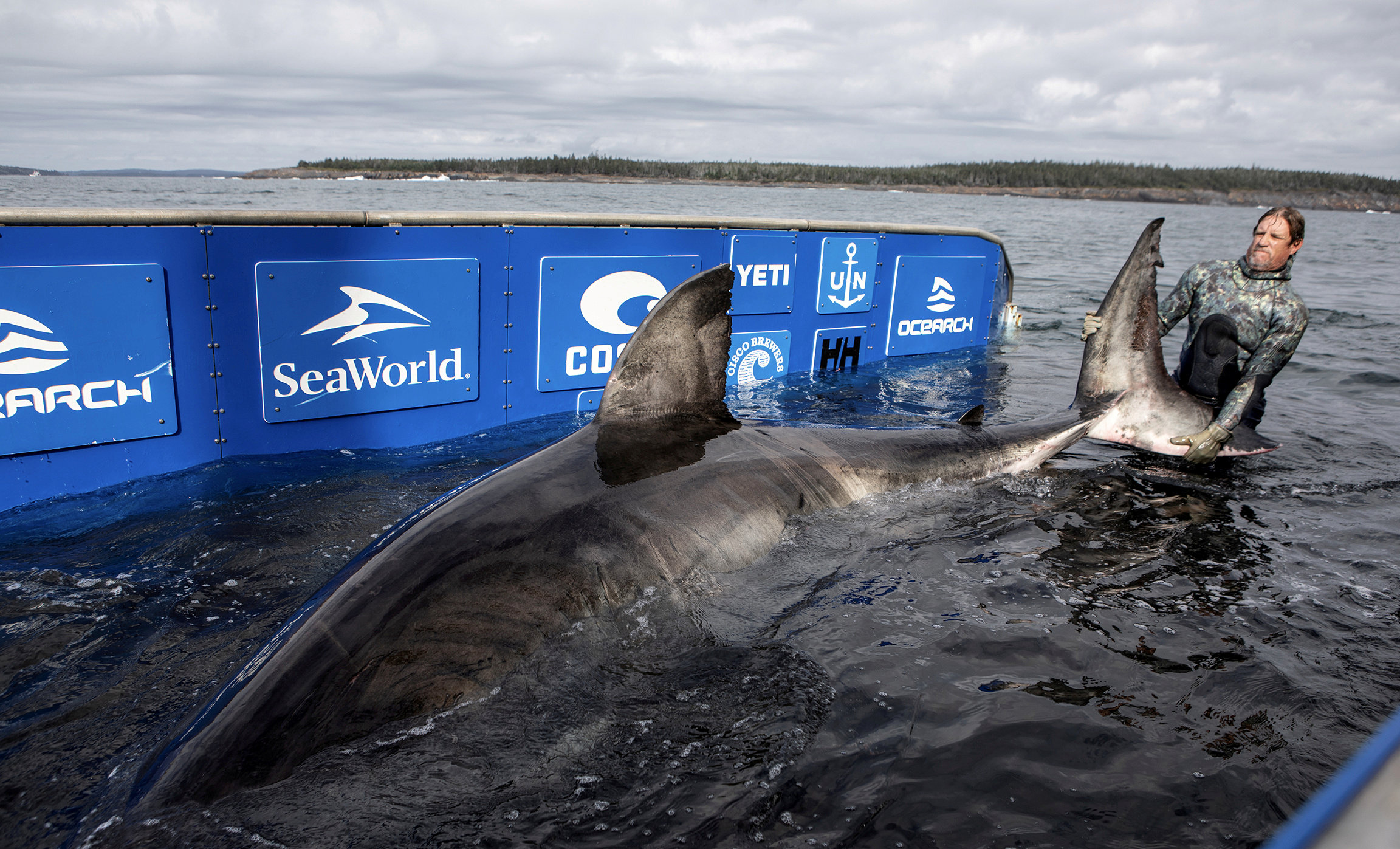 Generally UK waters are considered too cold for great whites to survive, but some scientists believe this could change due to climate change.

Shark expert Dr Ken Collins previously said that in the next 30 years, warmer conditions and availability of prey could make could make British waters an ideal hunting ground for the feared beast.

Dr Collins, of the University of Southampton, said: "You get great whites off the coast of South Africa where the water is colder than here and I see no reason why we should not have them in our waters.

''There are Great Whites in the Med, which isn't too far away and so I see no reason why they shouldn't be spotted here, particularly off the coast of Cornwall where there is an abundant supply of seals, their favourite food."

Nukumi is the largest white shark tagged in the Northwest Atlantic by OCEARCH to date, and researchers believe she is over 50 years old judging by her large scars.

Tracking from non-profit OCEARCH, which attached a tag to her dorsal fin in Nova Scotia in October 2020, shows she travels on average of 44 miles each day.

The sharks are given a position and temperature tag which utilises satellites to send their location each time they reach the surface.

You get great whites off the coast of South Africa where the water is colder than here and I see no reason why we should not have them in our waters.

Nukumi left the North Carolina coast on February 22 and since being tagged has travelled around 5,570 miles.

She crossed the ridge around April 5, and has 'pinged' a number of times since.

She has potentially had 15 reproductive cycles and up to a hundred babies, which would now be old enough to have their own.

Her name means 'grandmother' in the Miꞌkmaq language of indigenous people of Nova Scotia.

Dr Hueter thinks that Nukumi could be pregnant and is heading away from the predatory males closer to the US.

He said: "Nukumi is the largest shark in our North Atlantic White Shark Study, so it is possible she could show us some new wrinkles in the migration of this species in the North Atlantic.

"A proportion of the large, adult female white sharks we have tagged, have made these offshore, looping forays, far out into the western Atlantic.

"The hypothesis that we have developed is that these females are pregnant, having mated off the US coast and now heading away from the main population to gestate their young.

"She is likely taking advantage of deep-living prey such as squid and fish that live out in the open sea at depth.

But he said nothing would be confirmed until the team "see more of her track", with more detail expected from a pop-up satellite due to report in September.

He added that his team are concerned about major fishing activity, with huge fleets of long liners fishing for other species.

"She is a massive white shark and could tear through a lot of fishing gear, but any interaction with hooks and lines could pose a severe risk to her survival," he said.