How did he do that? ‘Contortionist’ becomes an internet sensation after rescuing woman locked out of her car

A ‘contortionist’ has become a viral sensation after he rescued a woman who was locked out of her vehicle.

Stills from the video show the teenager slipping through a tiny window space to unlock the van from the inside.

Caroline Conway had been training two of her dogs at Camperdown in Dundee earlier this week when she got locked out of her pink Volkswagen Transporter. 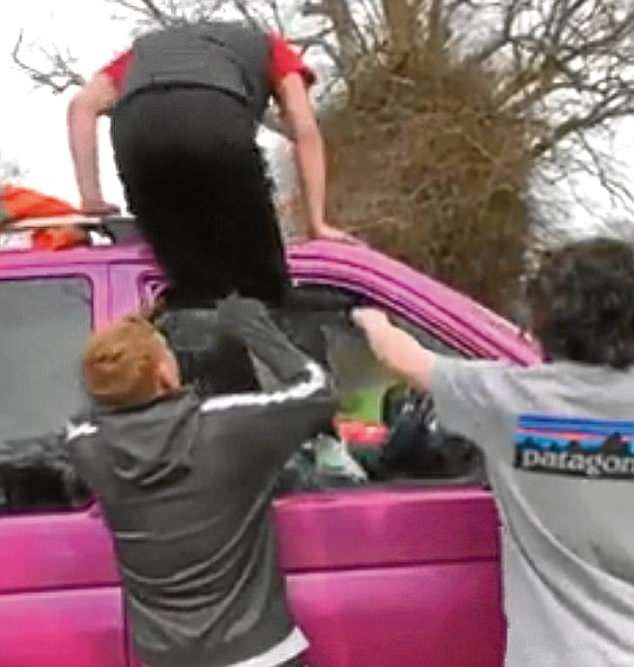 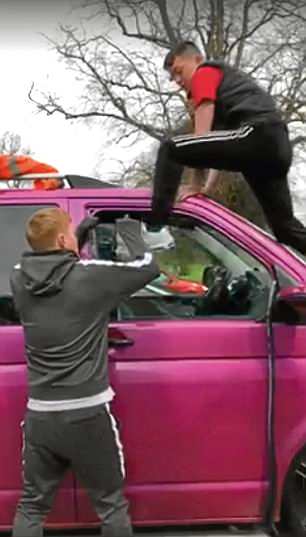 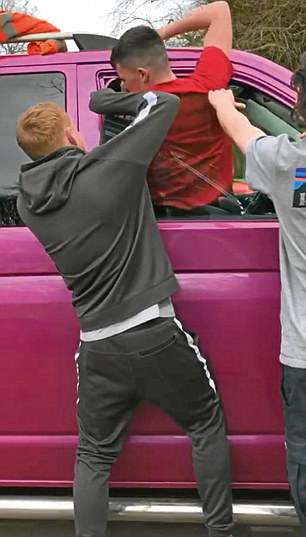 The clip uploaded to social media has racked up thousands of views in a matter of days.

During the 36-second video the teenager can be seen on top of the bonnet before sliding his left leg between the window frame and the glass.

Another youngster can be heard shouting ‘he’s in’ as they begin to help him by pulling the window back.

Caroline, who is watching in disbelief, says ‘no way’ as the teen gets his right leg into the vehicle.

More bystanders can be heard cheering on the trio. 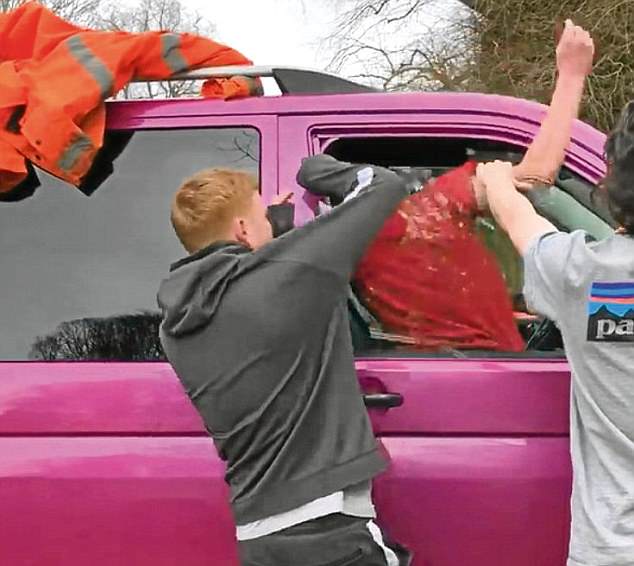 The young man then begins to have difficulties as he tries to get his backside through the driver’s side window.

One of the group advises him to take his jacket off as they assist him by removing it, and he finally gets into the vehicle.

Caroline said the group had saved her from smashing the window to get into the vehicle.

She said: ‘I’d been locked out and only realised when I’d returned with the dogs. 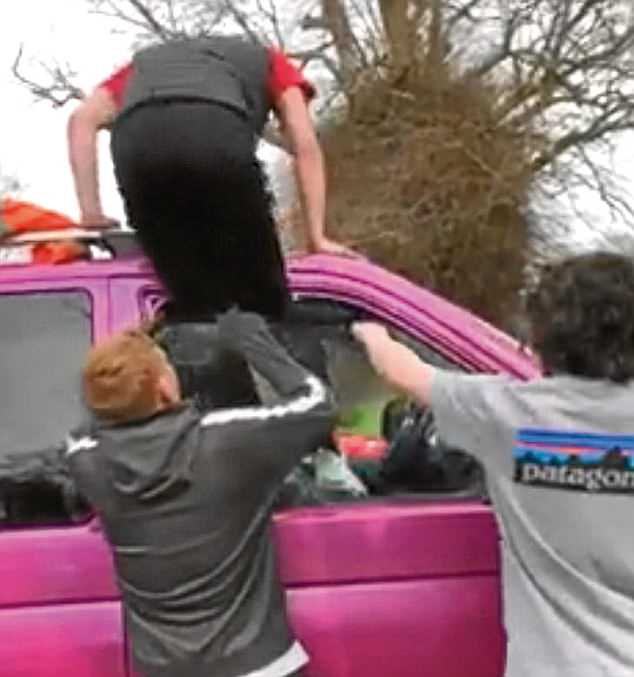 ‘I had put out an SOS and a friend of mine had come to rescue me with his lock kit to no avail.

‘As the dogs were tied up and I had puppies at home I thought the only option was to smash the window. The lads had come past and heard what had happened.

‘They said someone could get in the window but my fear was that they would get stuck or that the glass would shatter and they would hurt themselves.

‘I don’t have a clue how the guy managed – he should be a contortionist.

‘They were a lovely bunch of lads and it’s great in this day and age that total strangers can come to your aid.

‘They were a credit to their families.’