Tech businessman, 27, who blinded colleague with a glass in pub row over red wine spillage as they watched football is jailed for 15 months 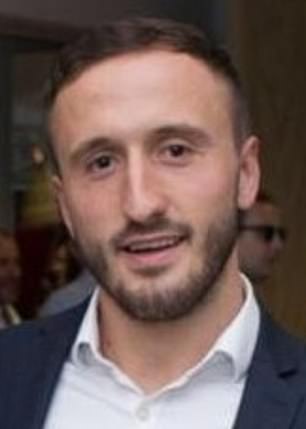 Shemsi Kercova, 27, blinded a colleague when he smashed a glass into his eye

A tech businessman who blinded a colleague with a glass in a row over spilled red wine has today been jailed for 15 months.

Shemsi Kercova, 27, smashed a glass into Nawal Mehta’s eye in retaliation to having a drink thrown in his face in a central London pub.

Mr Mehta threw his drink at Kercova after the defendant accidentally spilled some wine on him while celebrating a goal.

Mr Mehta can no longer drive or play sports. He has lost depth perception and is at risk of going totally blind if the other eye gets injured.

The pair, who both worked multinational IT services and consulting firm Accenture, were drinking in a pub with a group of friends on 25 January 2019.

Sarah Forshaw, QC, defending told Inner London Crown Court that the group was in a ‘celebratory mood’ as Kercova introduced his fiancée.

He was sitting at a table behind Mr Mehta and watching a football game when his team scored a goal.

Kercova jumped up in the excitement and some of the wine he was holding in his hand flicked out of the glass and at Mr Mehta, who in return threw his drink in Kercova’s face.

The drink-doused man retaliated by hitting Mr Mehta while holding his glass in his hand.

Mr Mehta’s face and eyeball were cut as a result.

Judge Silas Reid said: ‘The least possible sentence I can pass in this case is one of 15 months imprisonment.

‘I’m quite sure you hit him hard in retaliation.

‘When he threw his drink in your face, you felt the same violation as he felt moments before.

‘It is a truly life changing and destabilising injury.

‘You were aware you had a glass in your hand at the time you struck Mr Mehta… but I’m not sure you intended to hit him with the glass.

‘You were acting in a moment of spontaneous, instinctive action.

‘You smashed a glass into someone’s face. You hit him with considerable force, you blinded him in one eye.

‘He must live with the effects of that forever.

‘But I strongly hope that you can tap into the stoicism that you have, there’s nothing you can do to change it and I hope you bear it with the fortitude to have.’

The judge added that three years later, the injured eye is ‘misshaped and unsightly’. 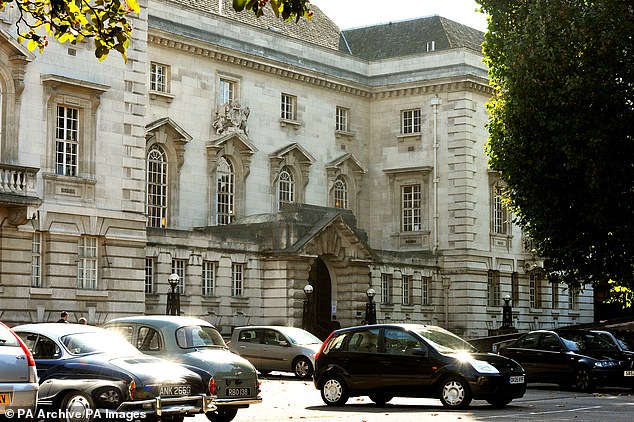 Kercova, who lives in Hayes, Hillingdon has no past convictions and is of previous exemplary character.

Ms Forshaw said: ‘This is the first time he’s ever struck out at anybody.

‘The impact on Mr Mehta of that evening is tragic and nothing I say seeks to minimise that.

‘It is a tragic case for both men actually. In a split second Shemsi Kercova has lost his job, his good name, everything he has worked for.’

Kercova came to the UK with his family when he was five as a refugee after fleeing the Kosovo War. He got a job leading a team for Accenture in the City.

Ms Forshaw also said Kercova waives payment for those who cannot afford it and tutors people in his spare time.

He voluntarily resigned from Accenture.

During the trial Kercova was asked how he felt when he saw Mr Mehta with his eye damaged. He said: ‘I wish he was here now, I want to apologise, I felt so sorry, really sorry.’

Ms Forshaw added: ‘It is a whisker away from a tragic accident, but in fact he’s been convicted of a criminal offence, without any evidence of intent.’

Kercova denied and was cleared by a jury of wounding with intent to cause grievous bodily harm but convicted of the lesser offence of unlawful wounding.