HEAVILY tattooed gangsters are being crammed like sardines in hellhole El Salvador prisons during the deadly coronavirus pandemic.

Pictured packed into cells, or handcuffed on floors in front of pacing guards, the half-naked lags wear just face masks despite the highly contagious disease. 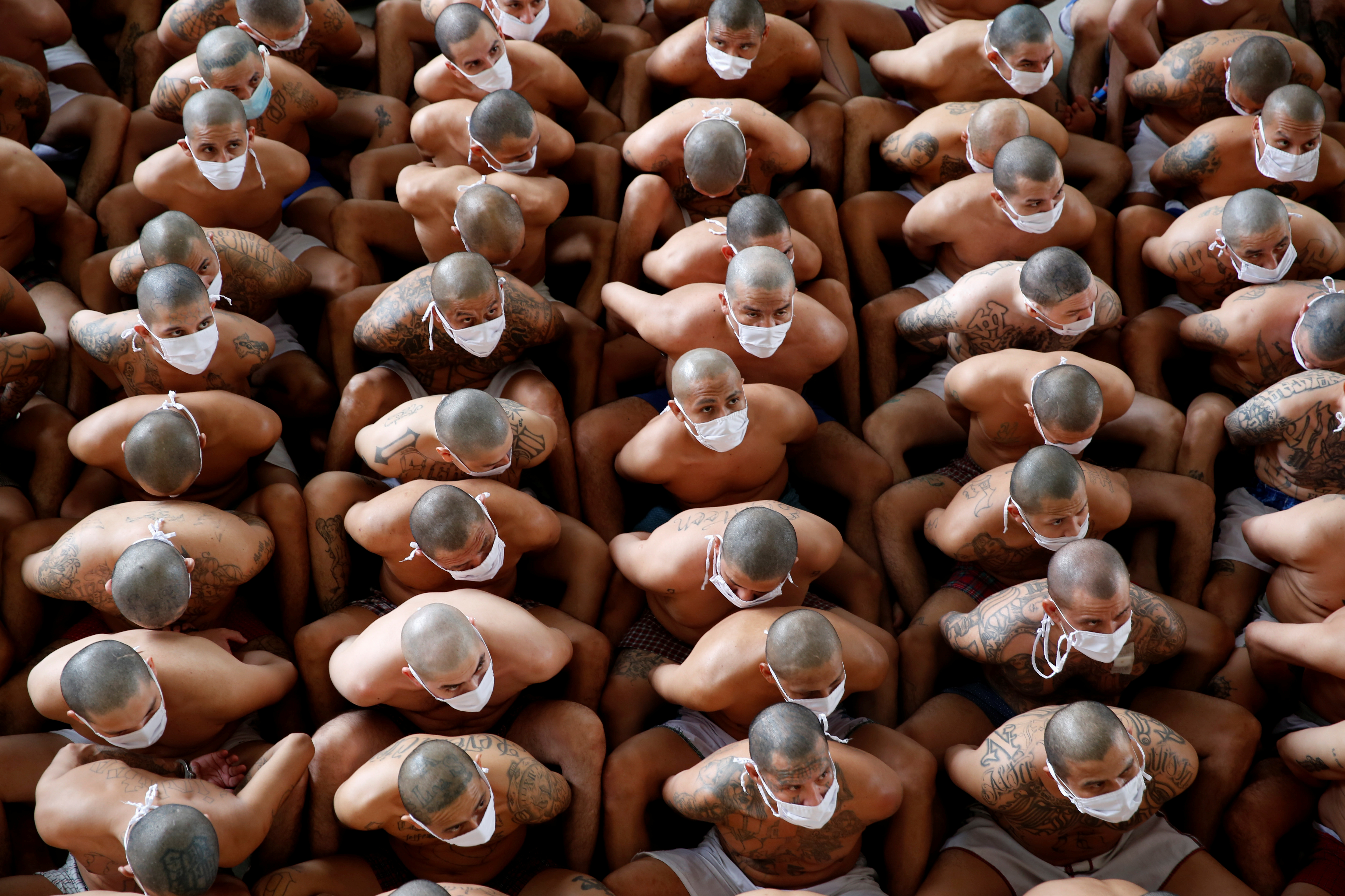 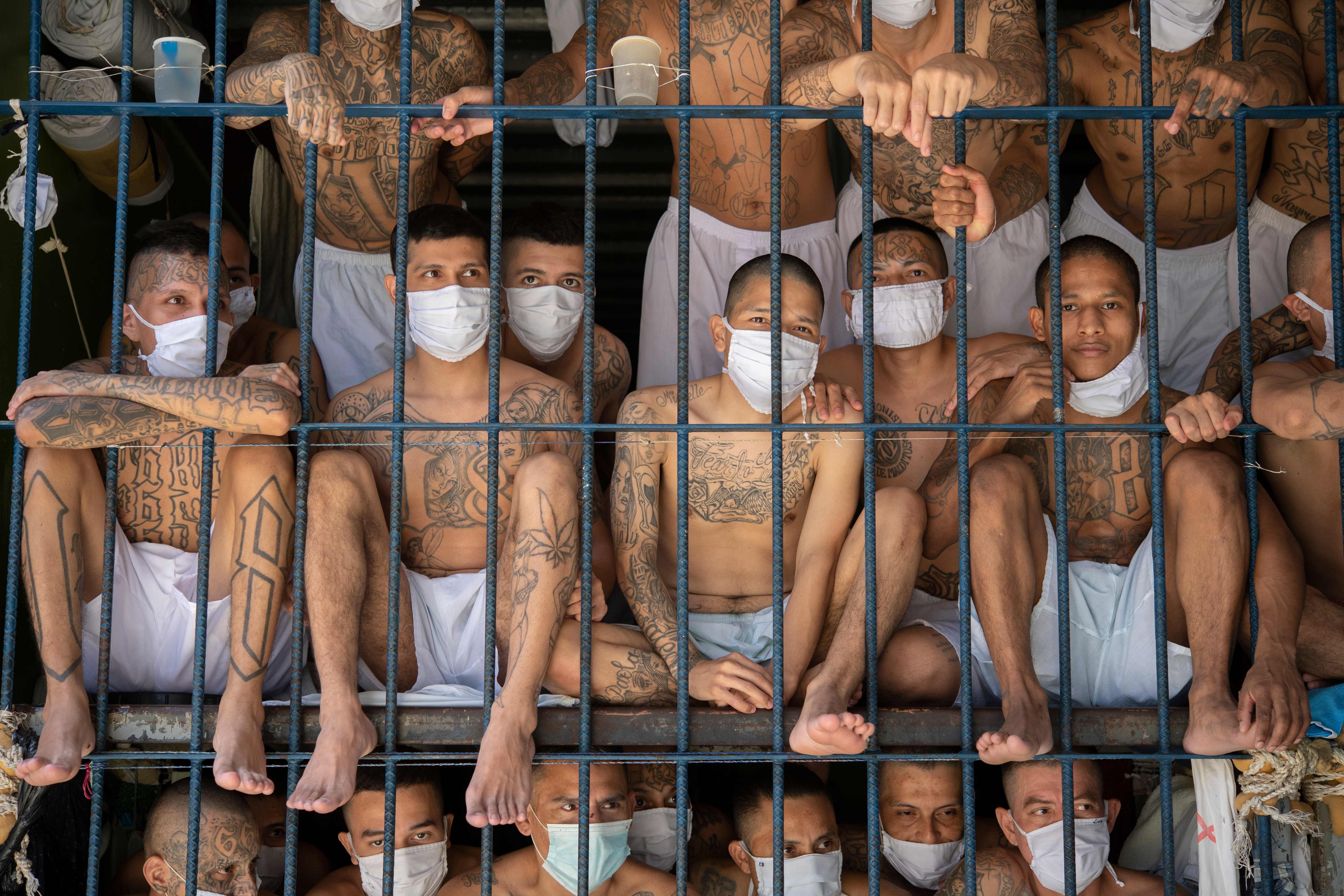 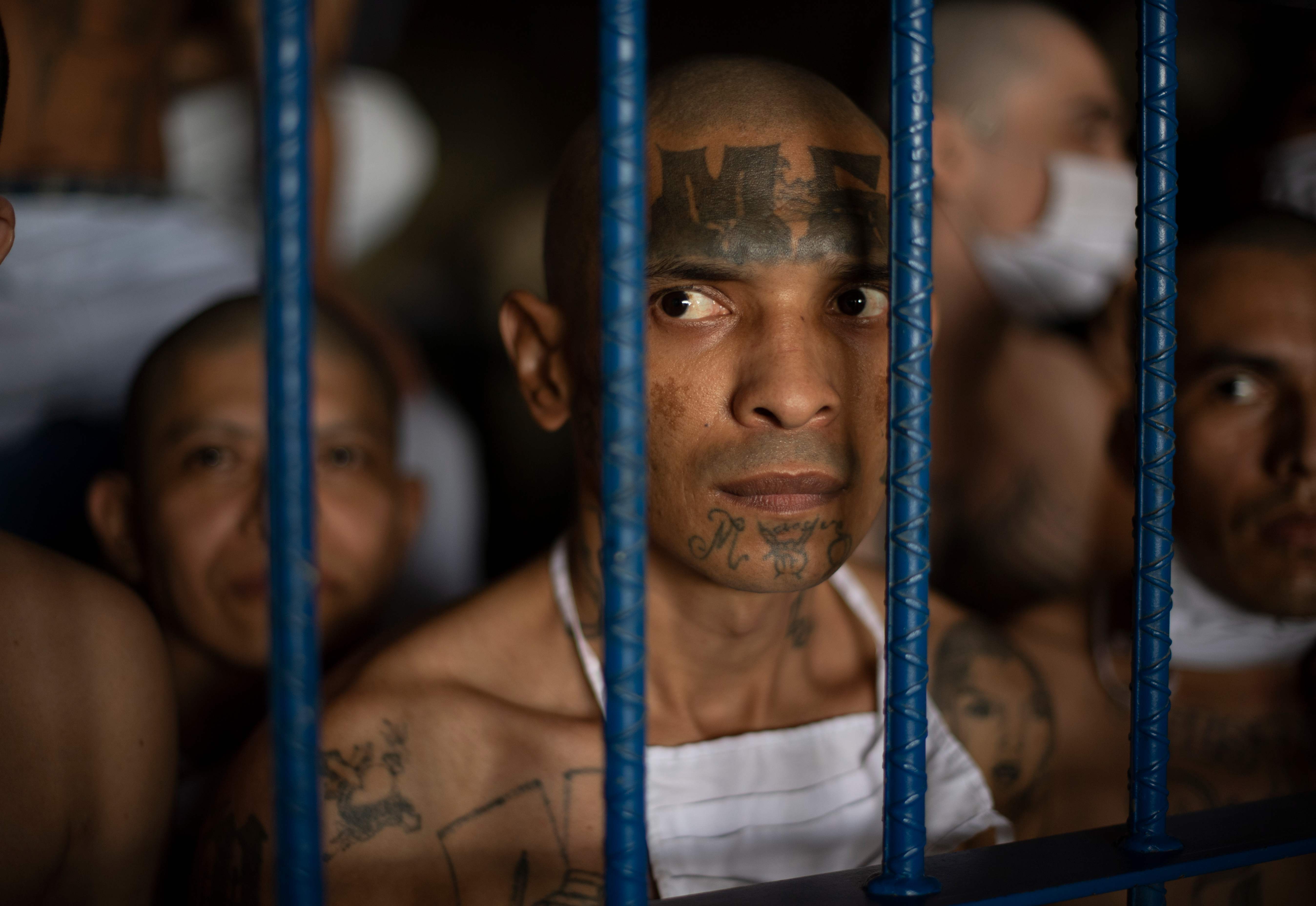 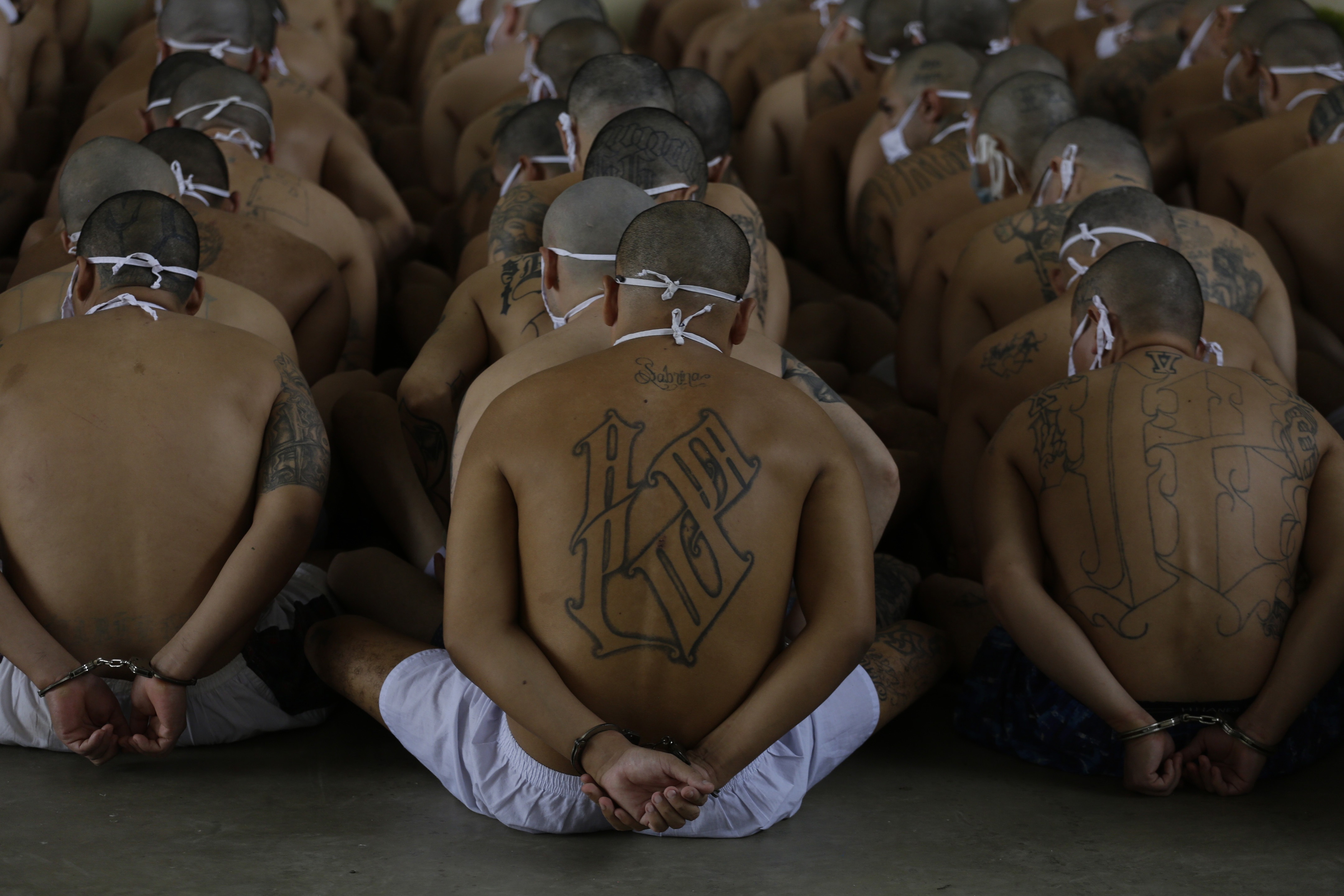 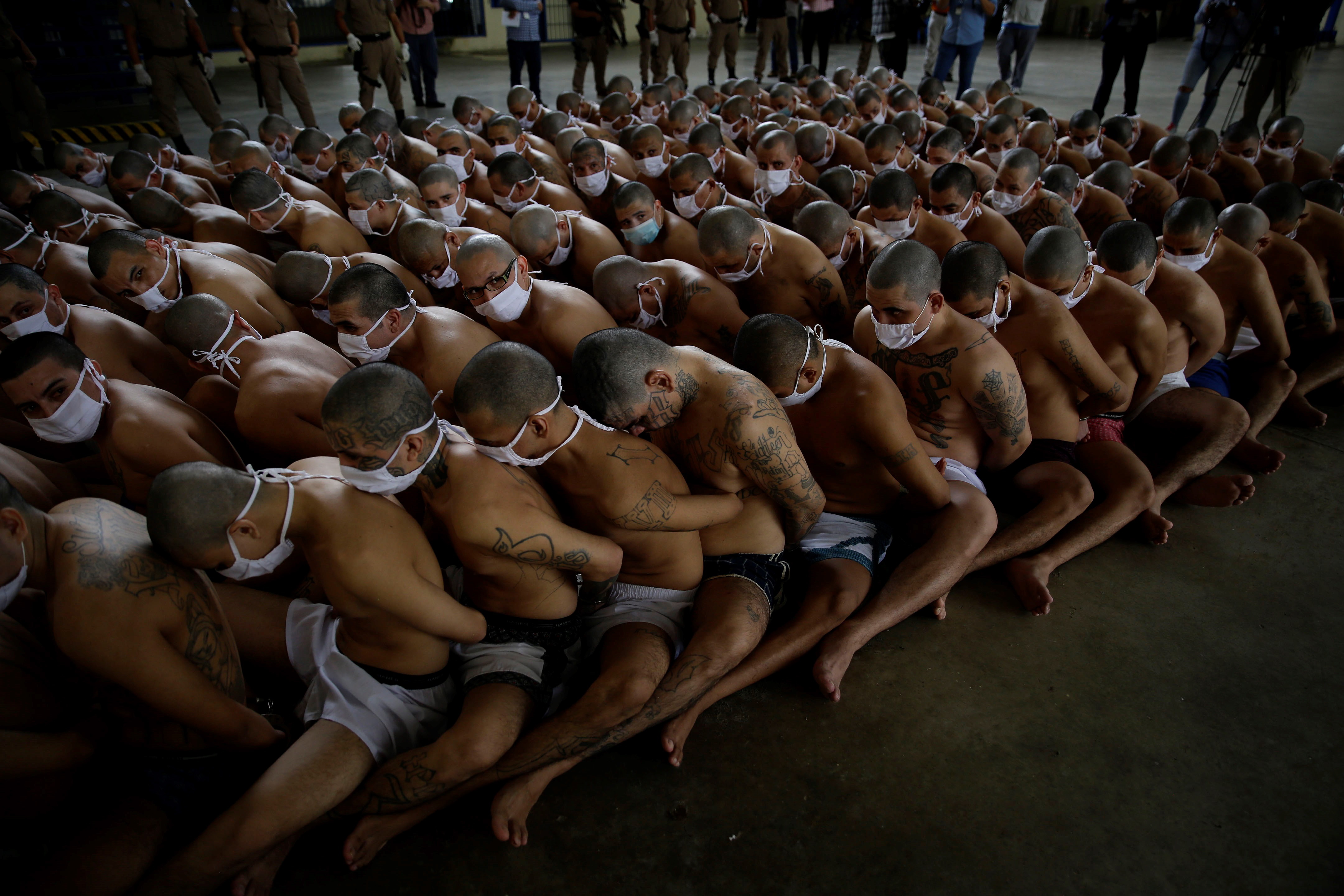 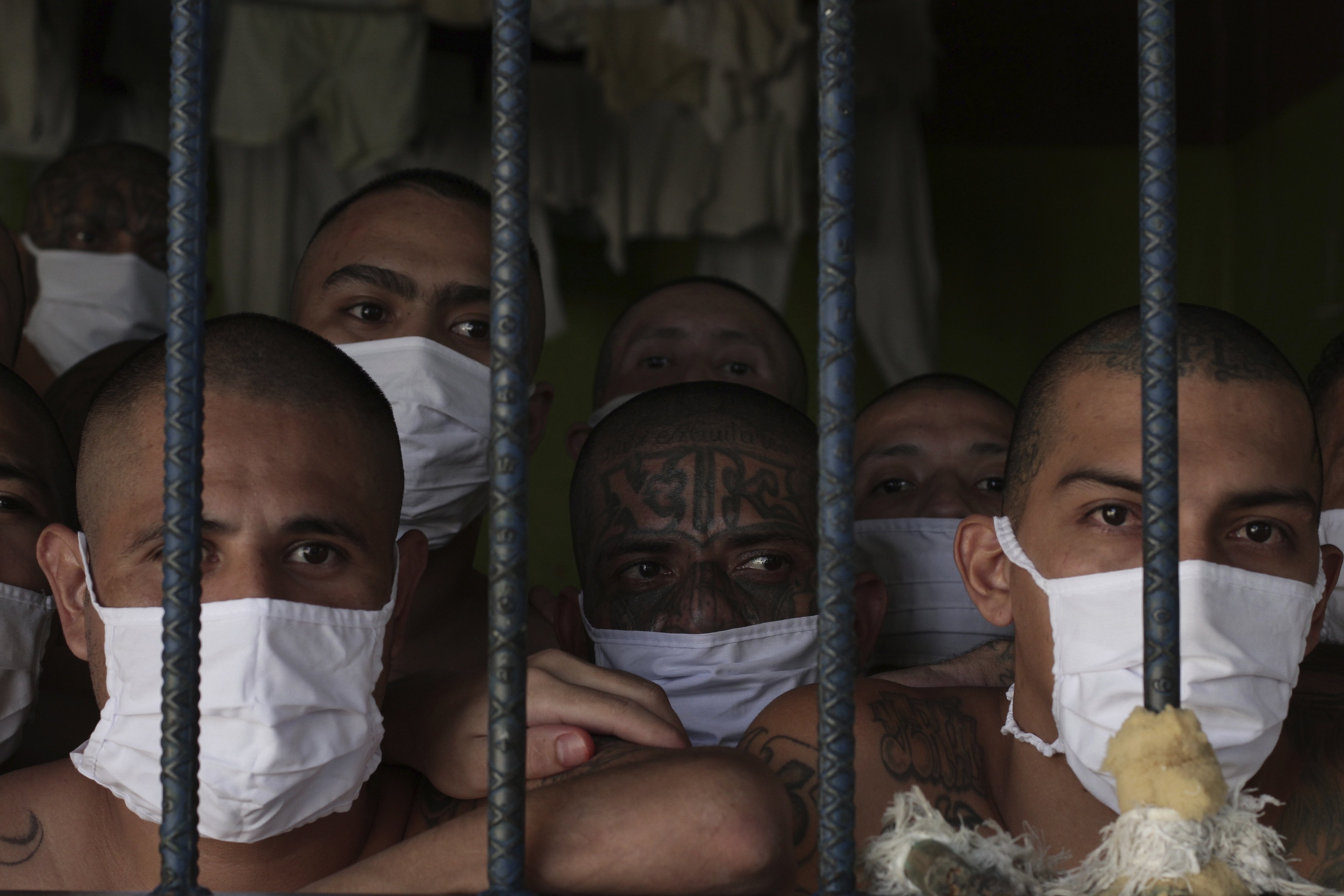 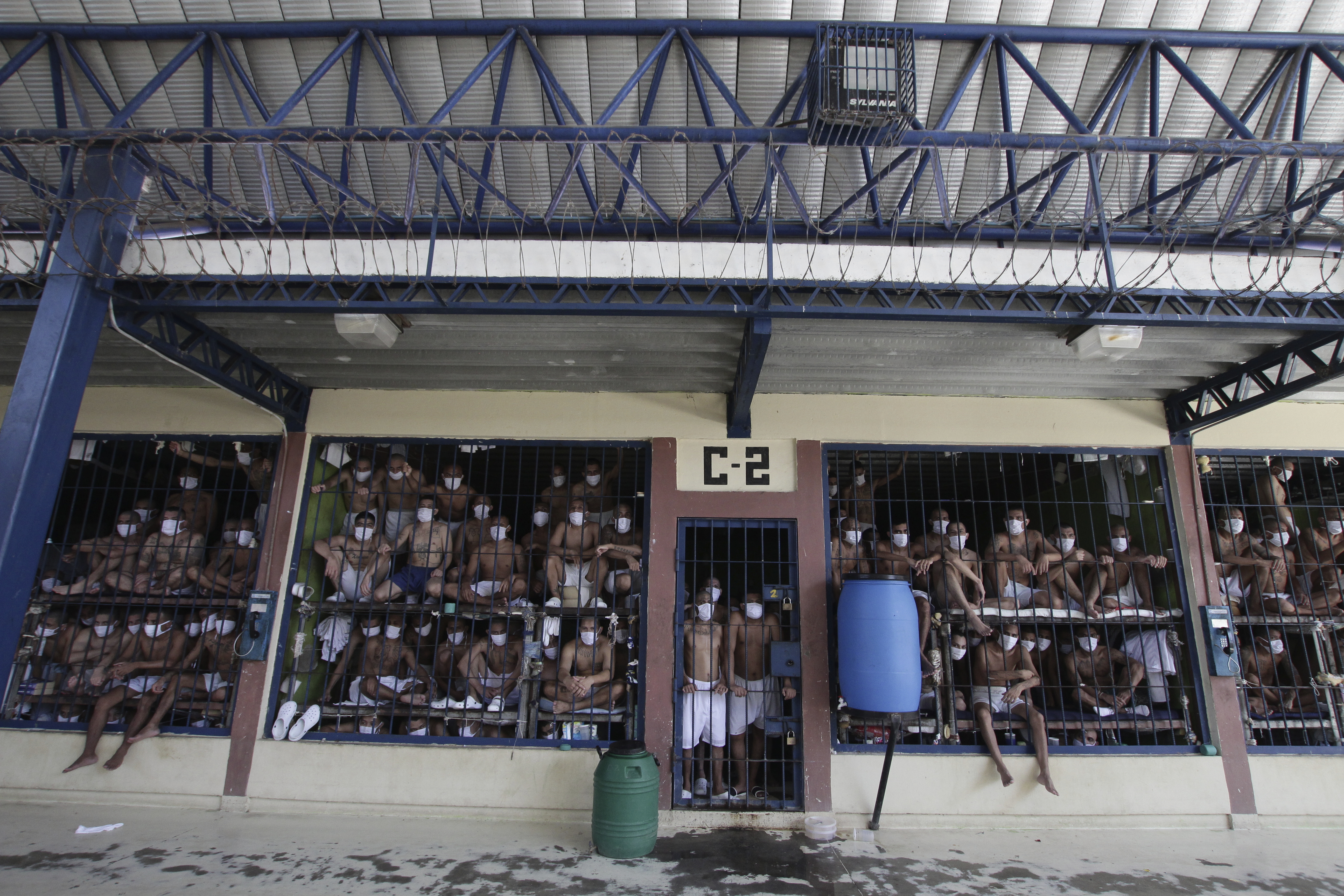 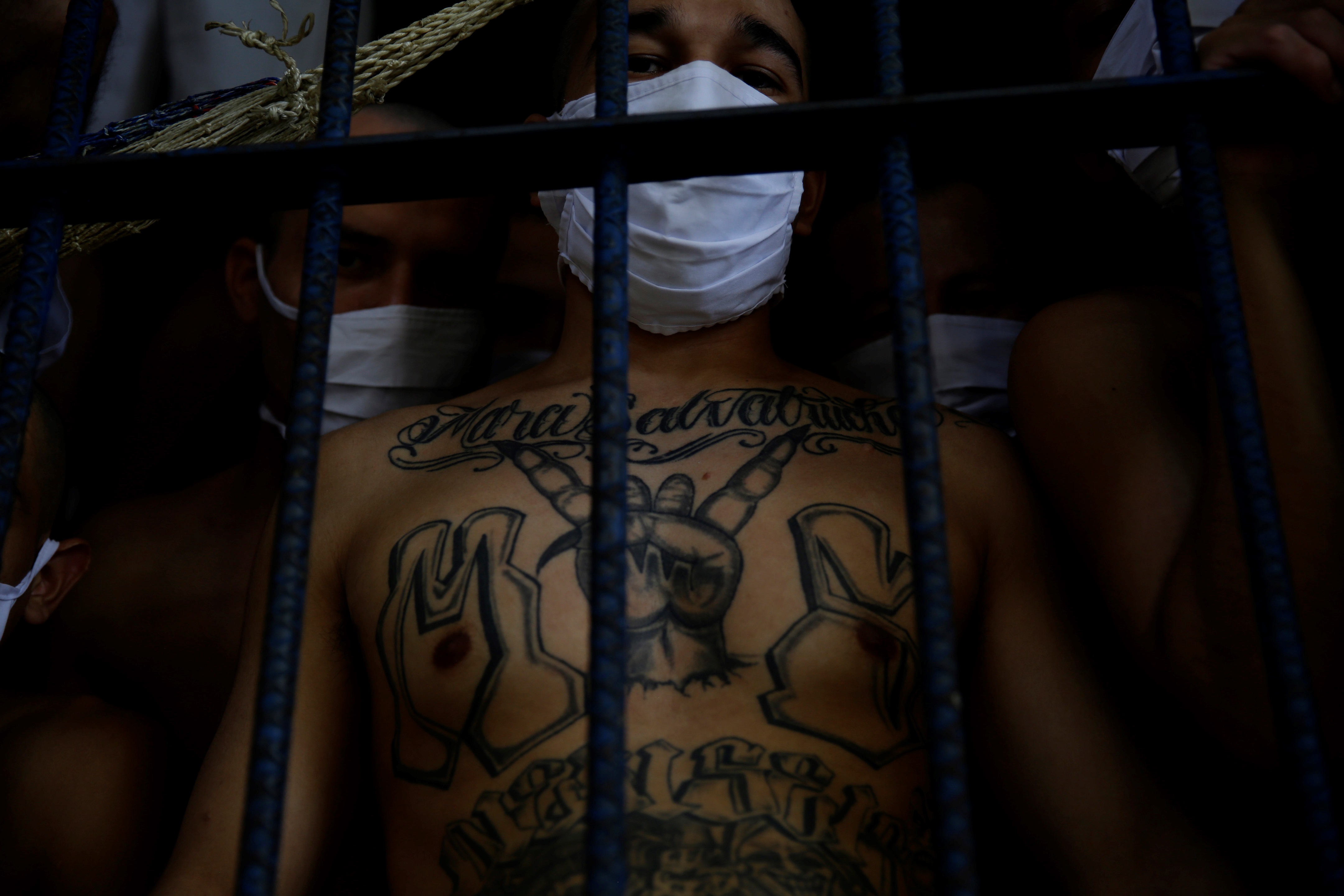 Members of the Mara Salvatrucha (MS-13) and Barrio 18 gangs were photographed inside cells while waiting to be searched at maximum security jails on September 4.

The hyper-violent gangs are infamous for their well-publicised reign of terror in Southern California, carrying out a series of brutal murders.

Authorities from the General Directorate of Penal Centres (DGCP) visited three Salvadorean prisons to check on conditions and carry out searches amid the Covid-19 pandemic.

President Nayib Bukele has seemed unconcerned about the potential for the virus’ potential spread inside the packed prisons.

The latest round of pics comes several months after an annoyed Bukele promised to make gangsters responsible for ordering dozens of killings regret their bloodshed.

He circulated photos of tattooed, nearly naked gang members marched into prison yards and made to sit so closely they were touching.

“They won’t be able to see outside the cell anymore,” Bukele explained on Twitter.

“This will keep them from communicating with signs in the hall. They will be inside, in the dark with their friends from the other gang.” 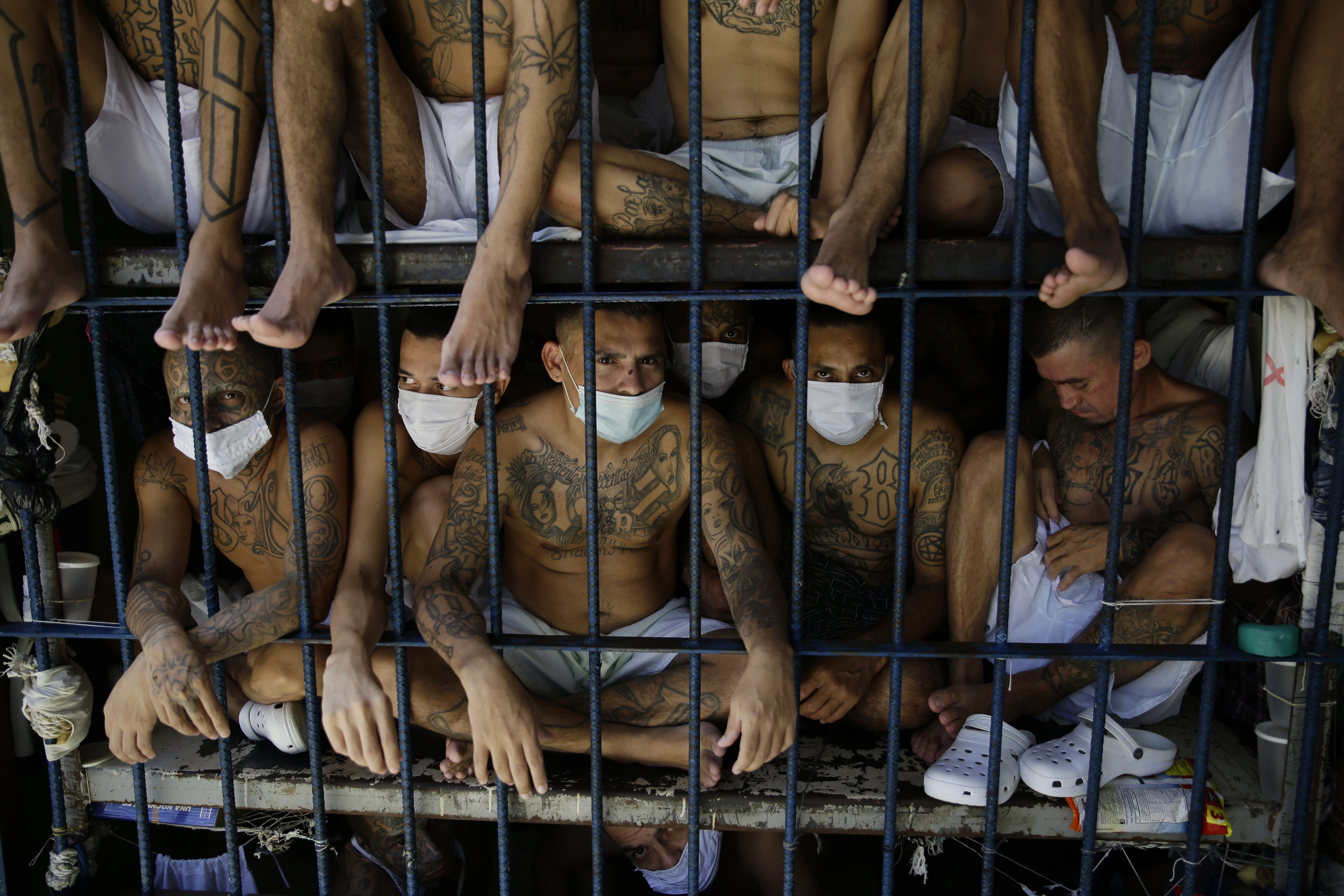 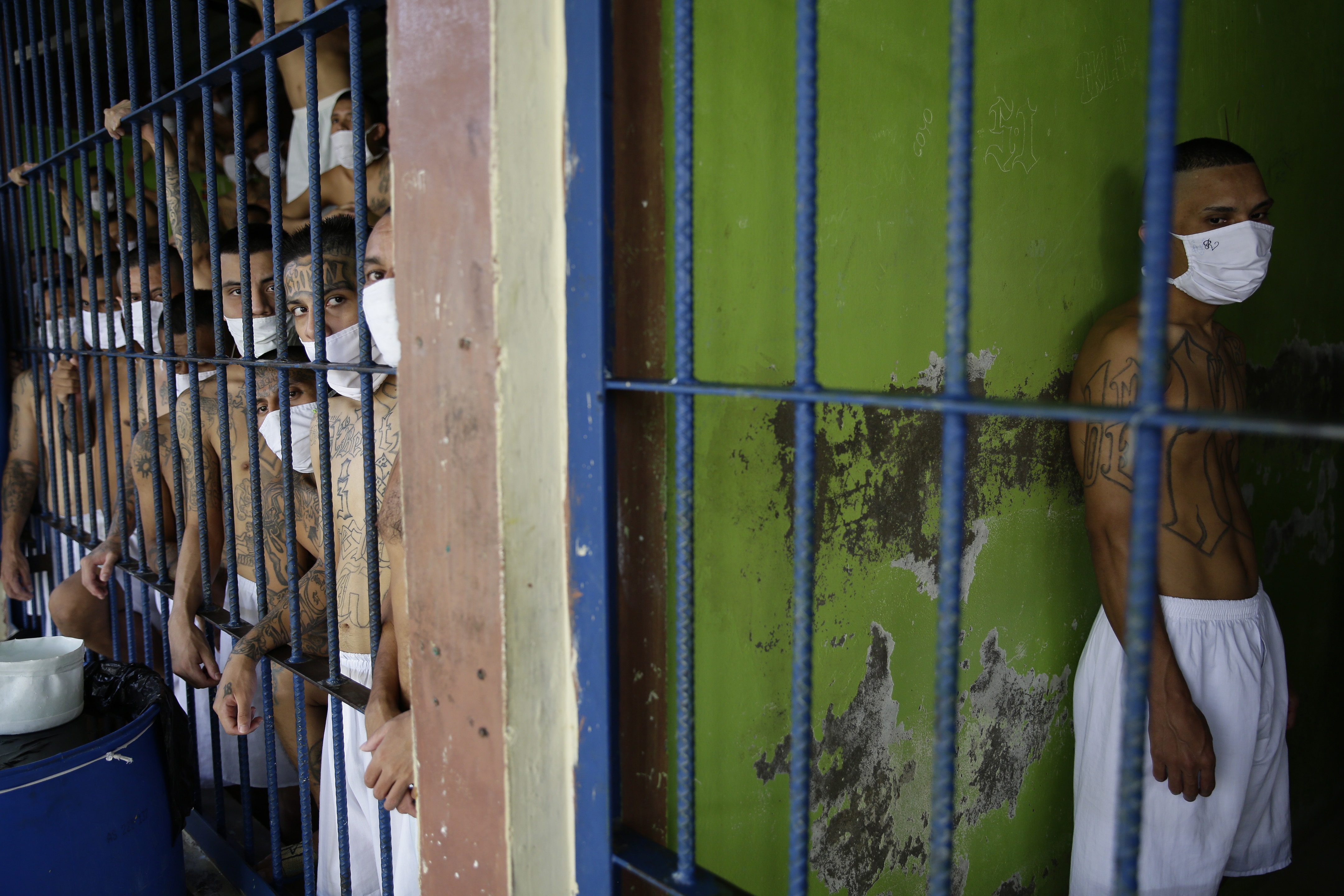 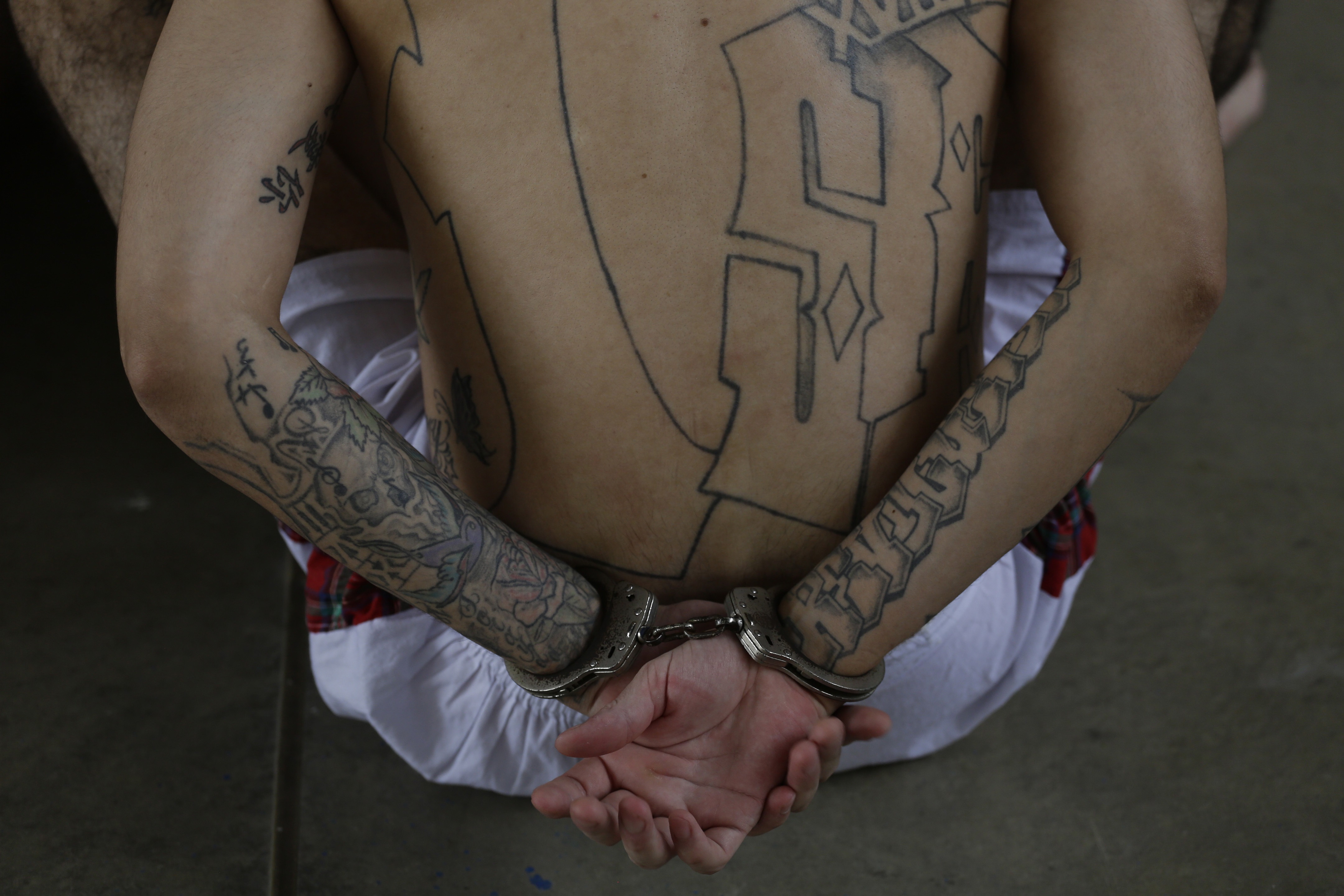 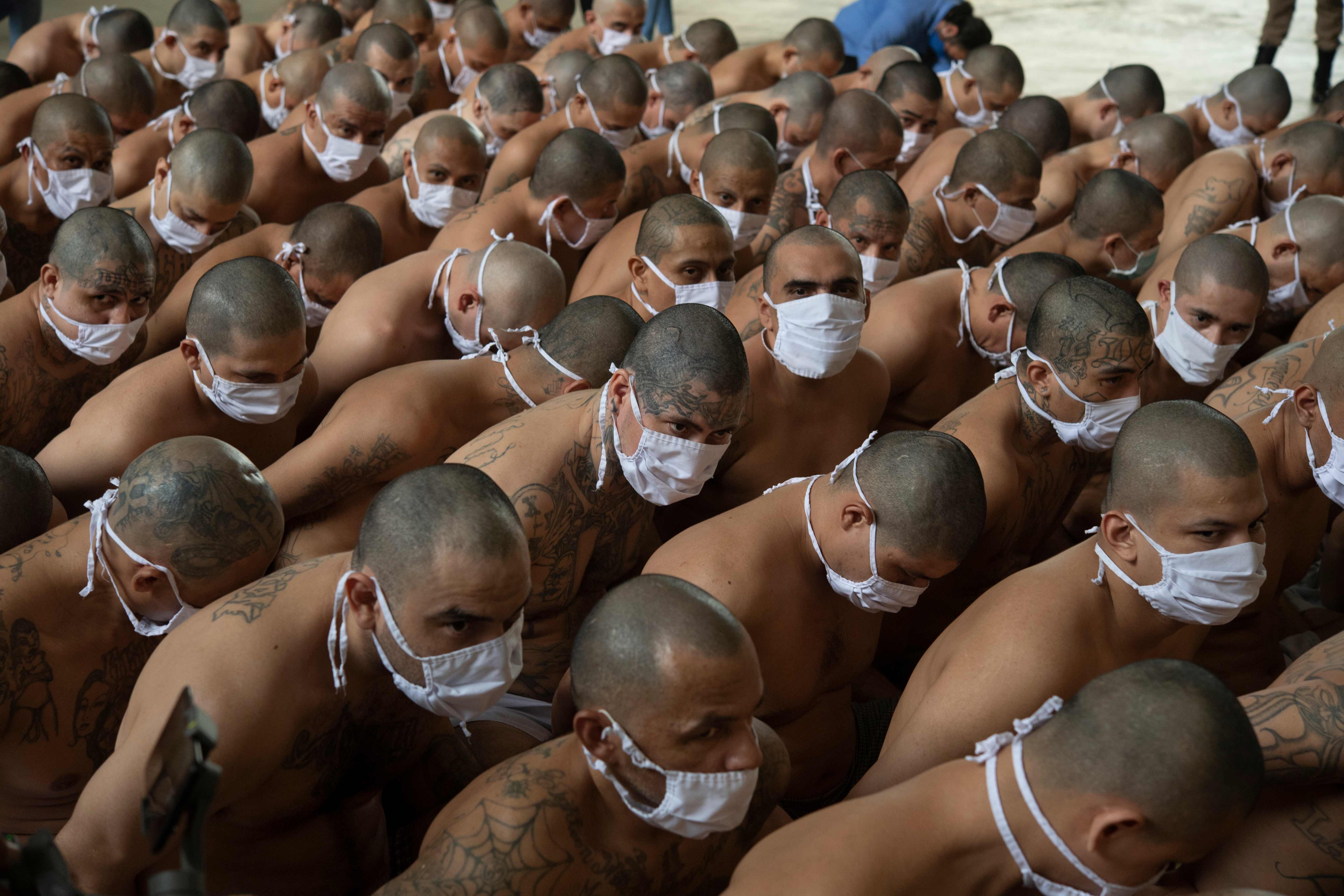 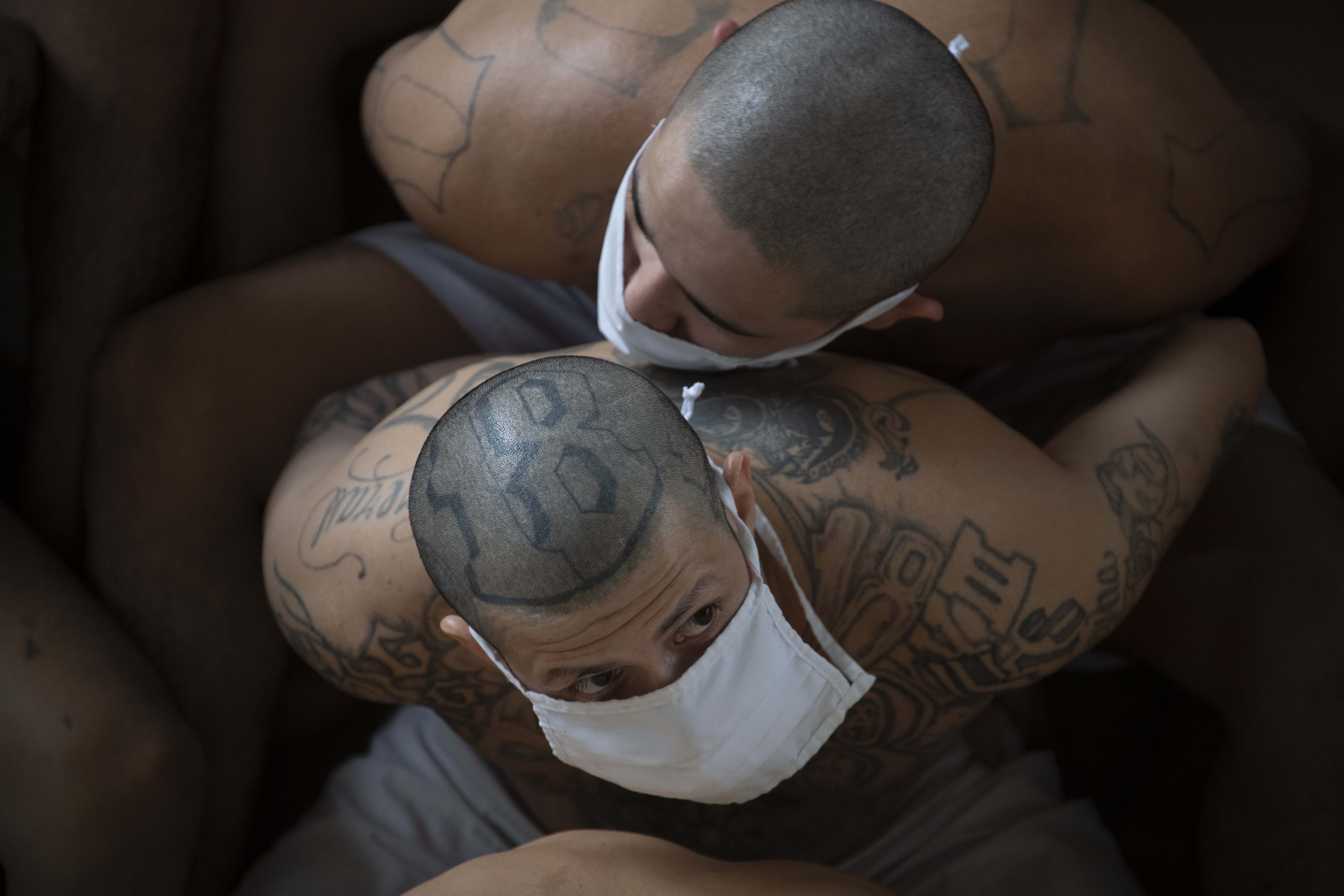 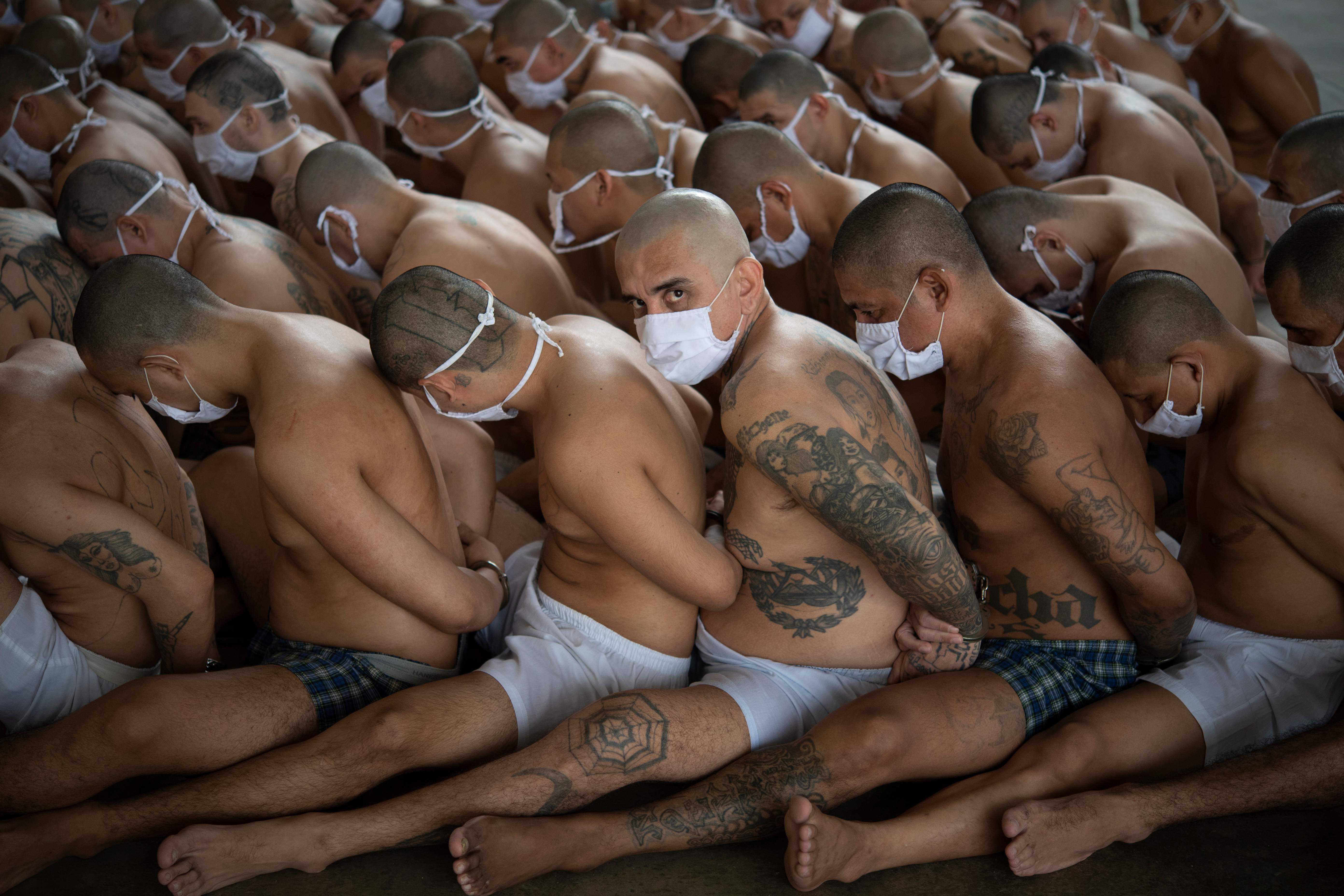 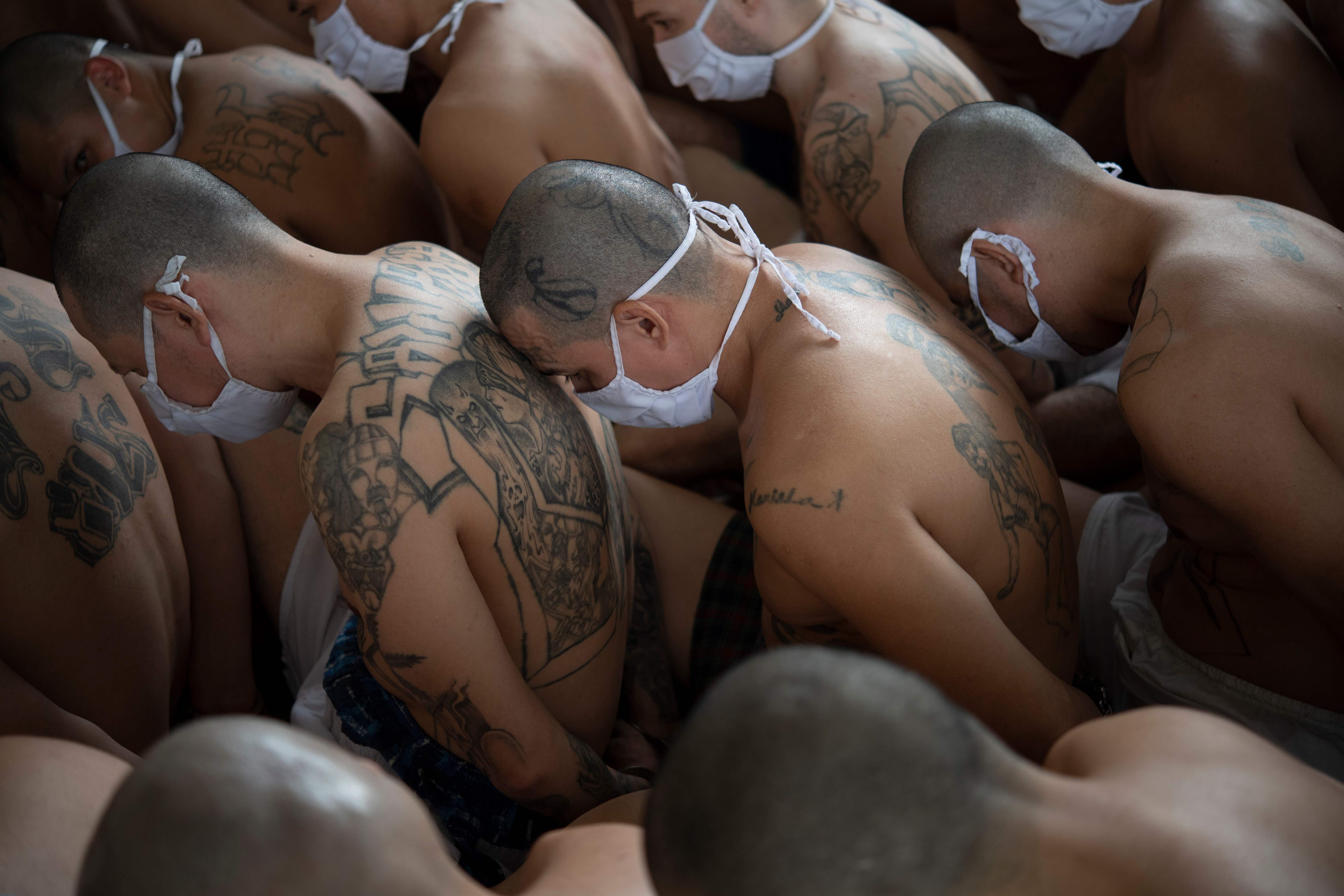 Now “the gangsters will have to adapt, learn to live packed together, get along with their enemies,” he said.

But, the Inter-American Commission on Human Rights has expressed concern and urged the government to “guarantee the life and safety of the imprisoned.”

Yet Justice and Security Minister Rogelio Rivas rejected human rights critiques by noting that the Supreme Court had previously declared the gangs as terrorists.

He said: “They are a threat to state security and we’re going to fight them with all force to protect Salvadorans lives."

"The people are going to applaud him," said Juan Carlos Fernández Saca, dean of graduate studies at the José Matías Delgado University.

One unnamed woman told the Associated Press: “They’re villains, they’re murderers, they steal the little bit of money we have.

“I’m religious, but I don’t care what they do to them, they deserve it.” 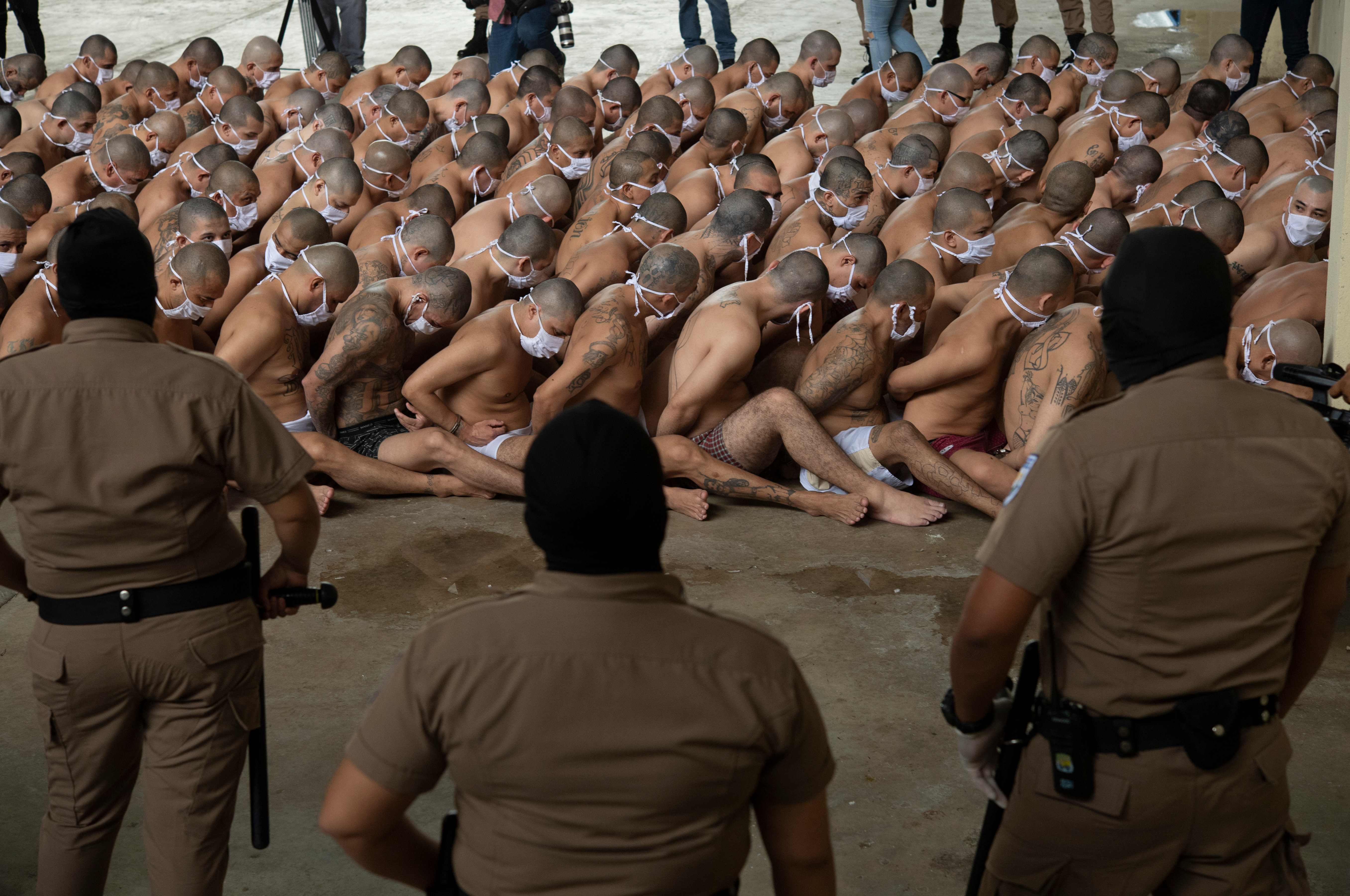 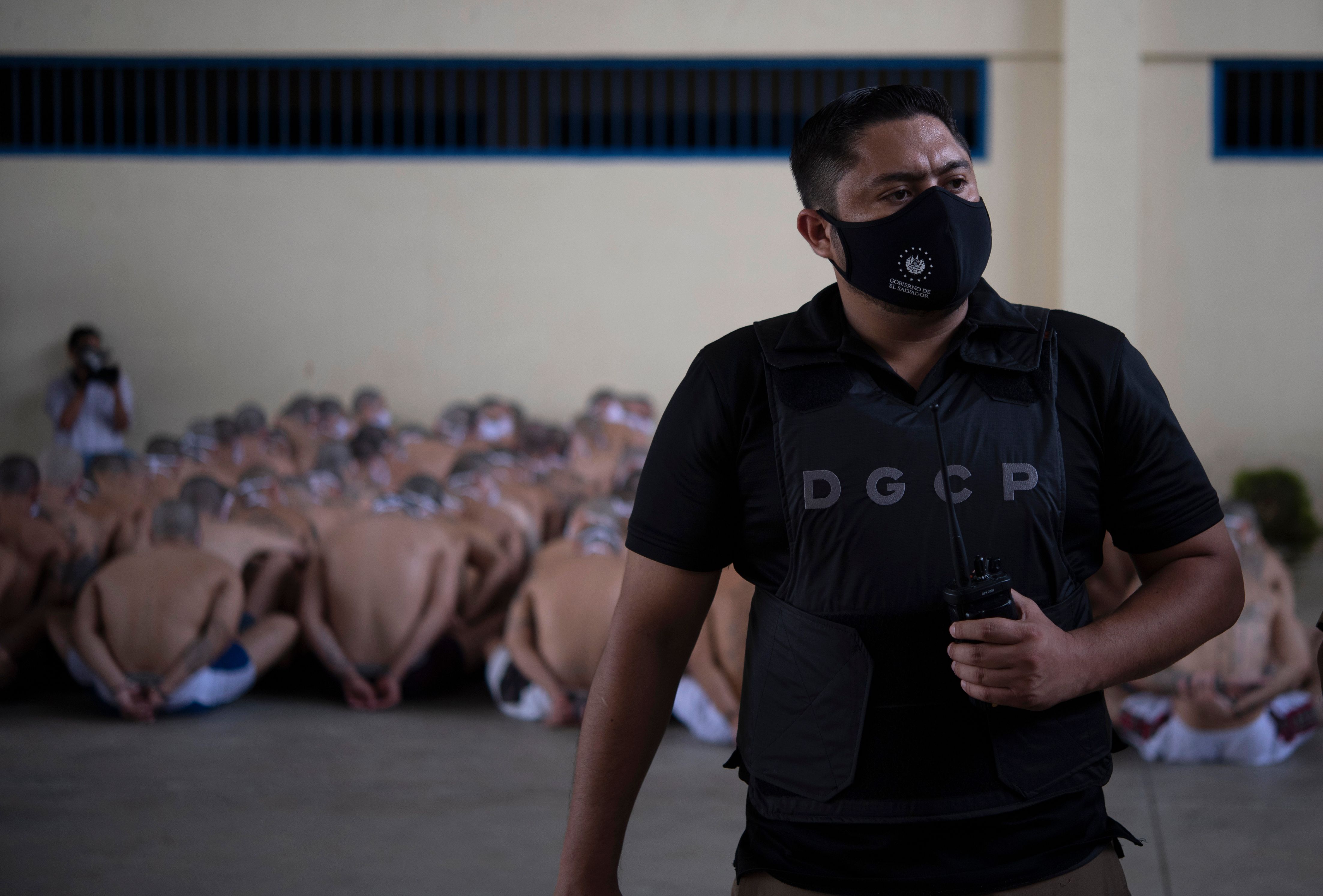 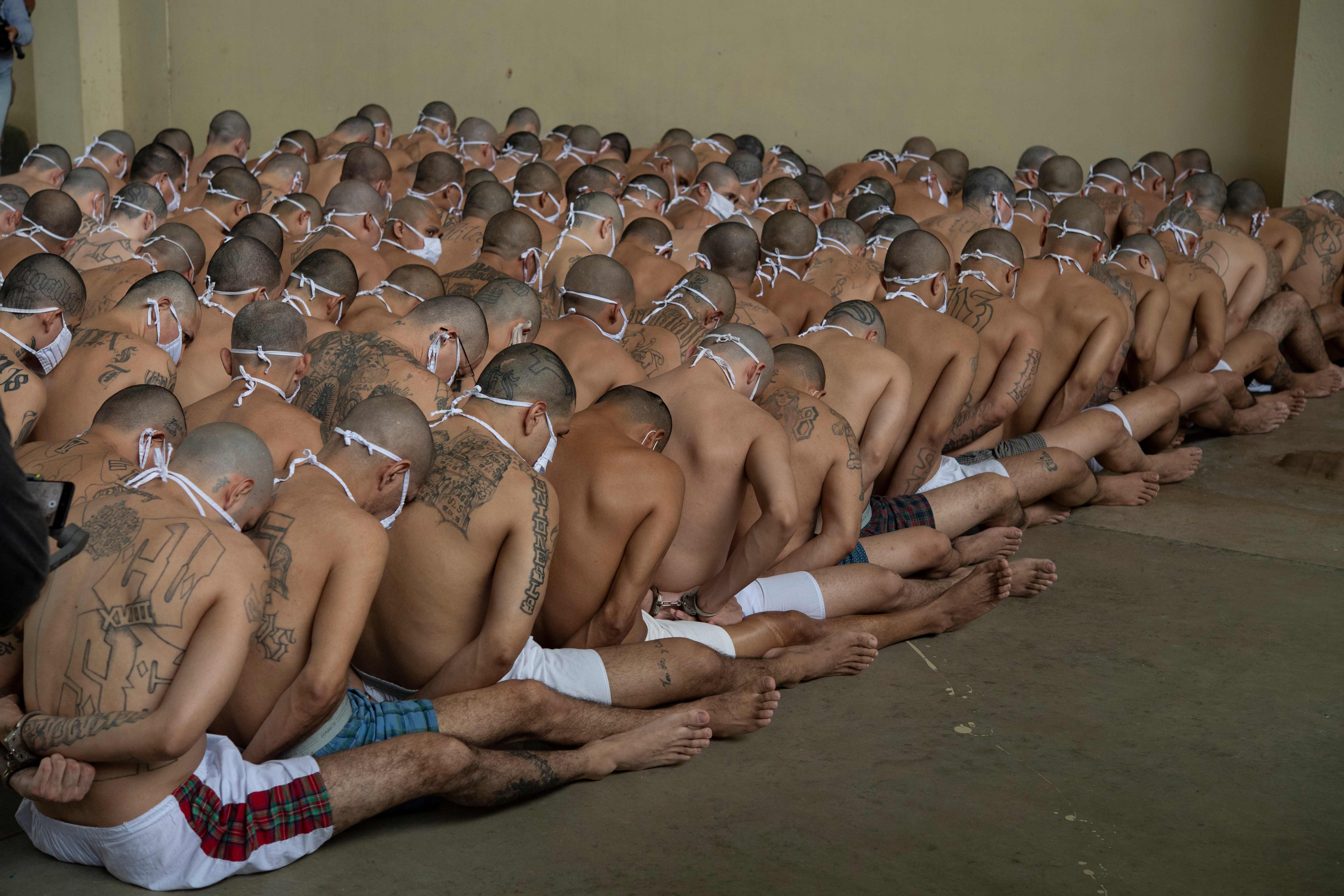 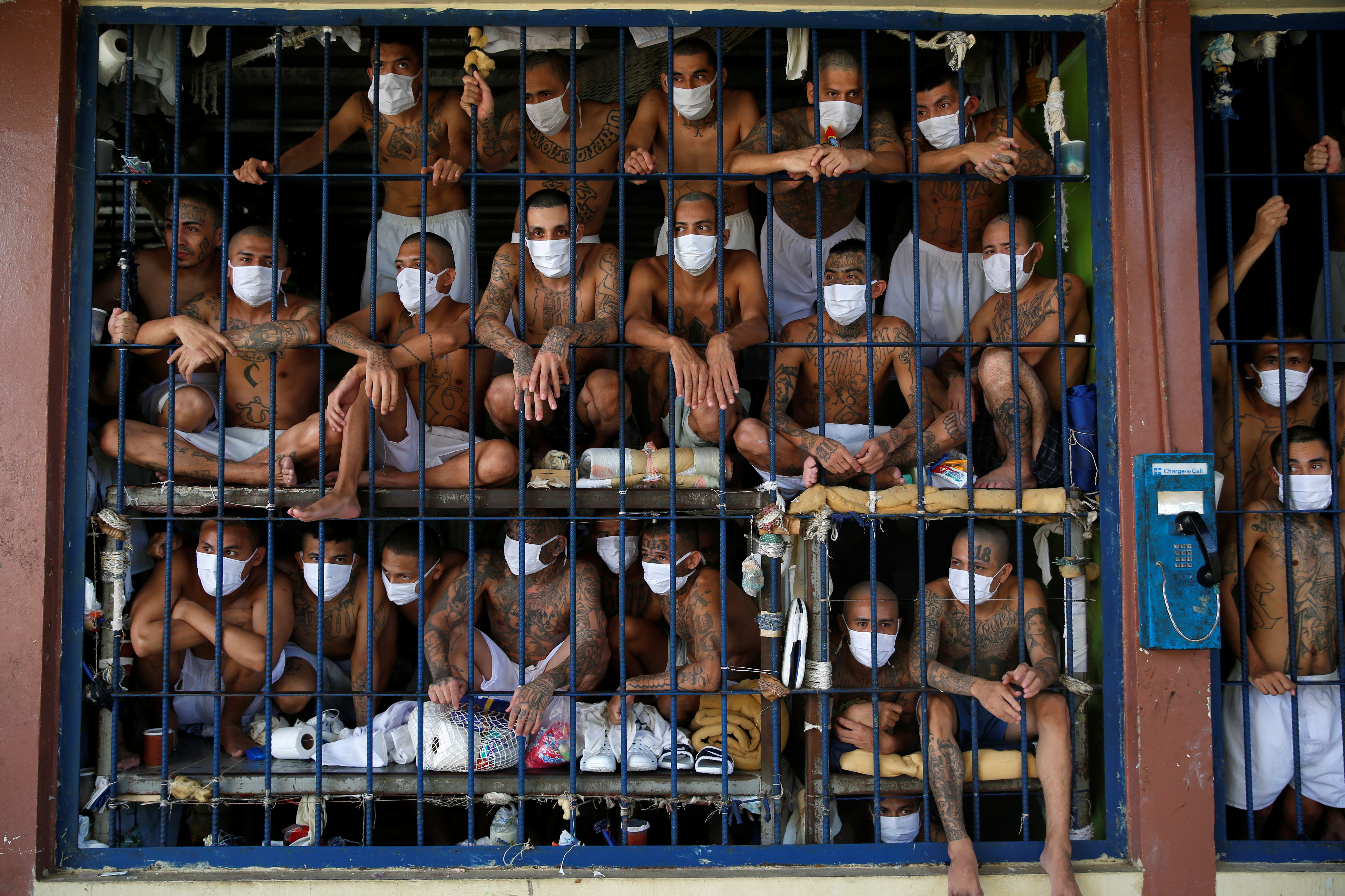 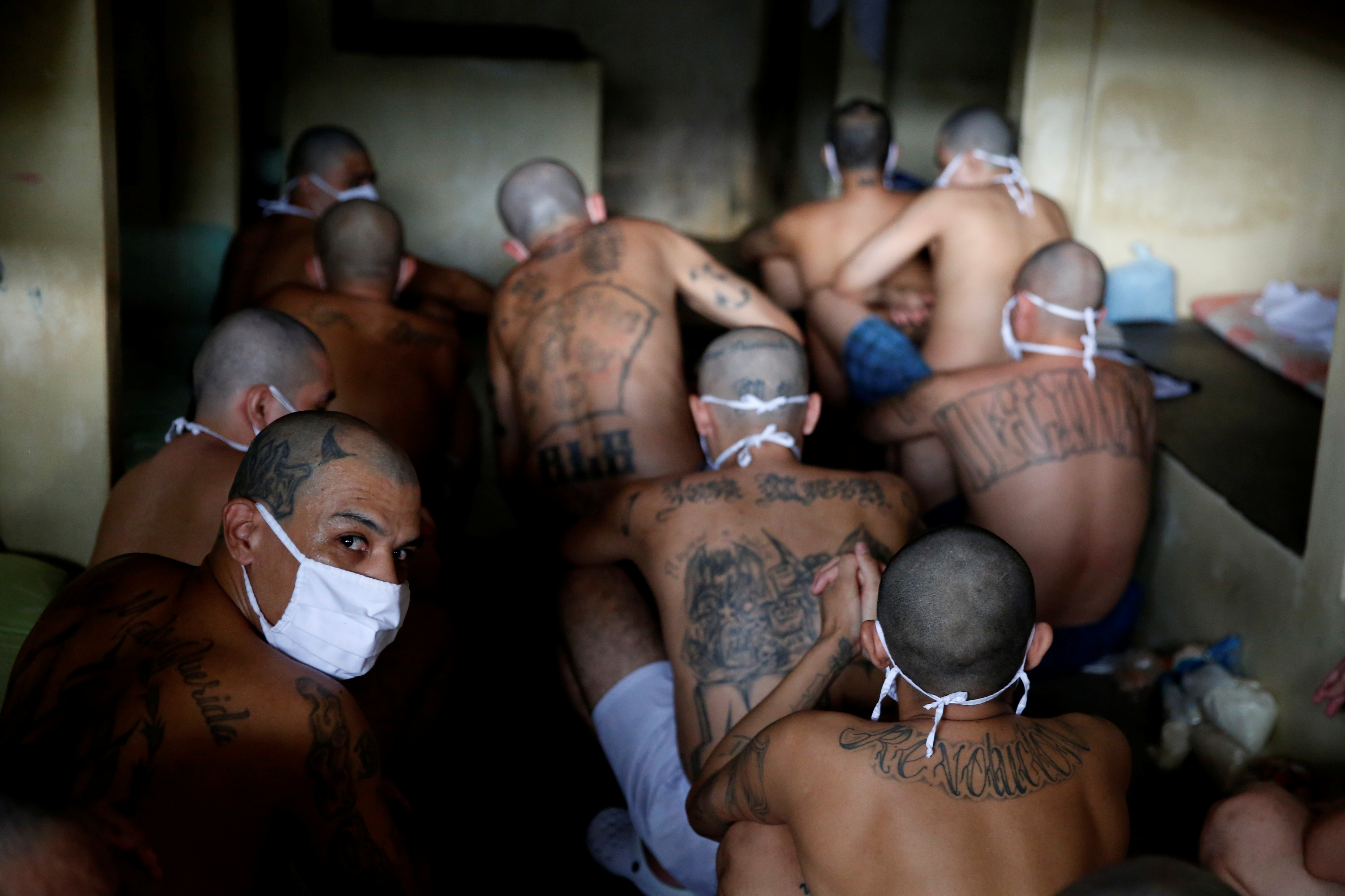 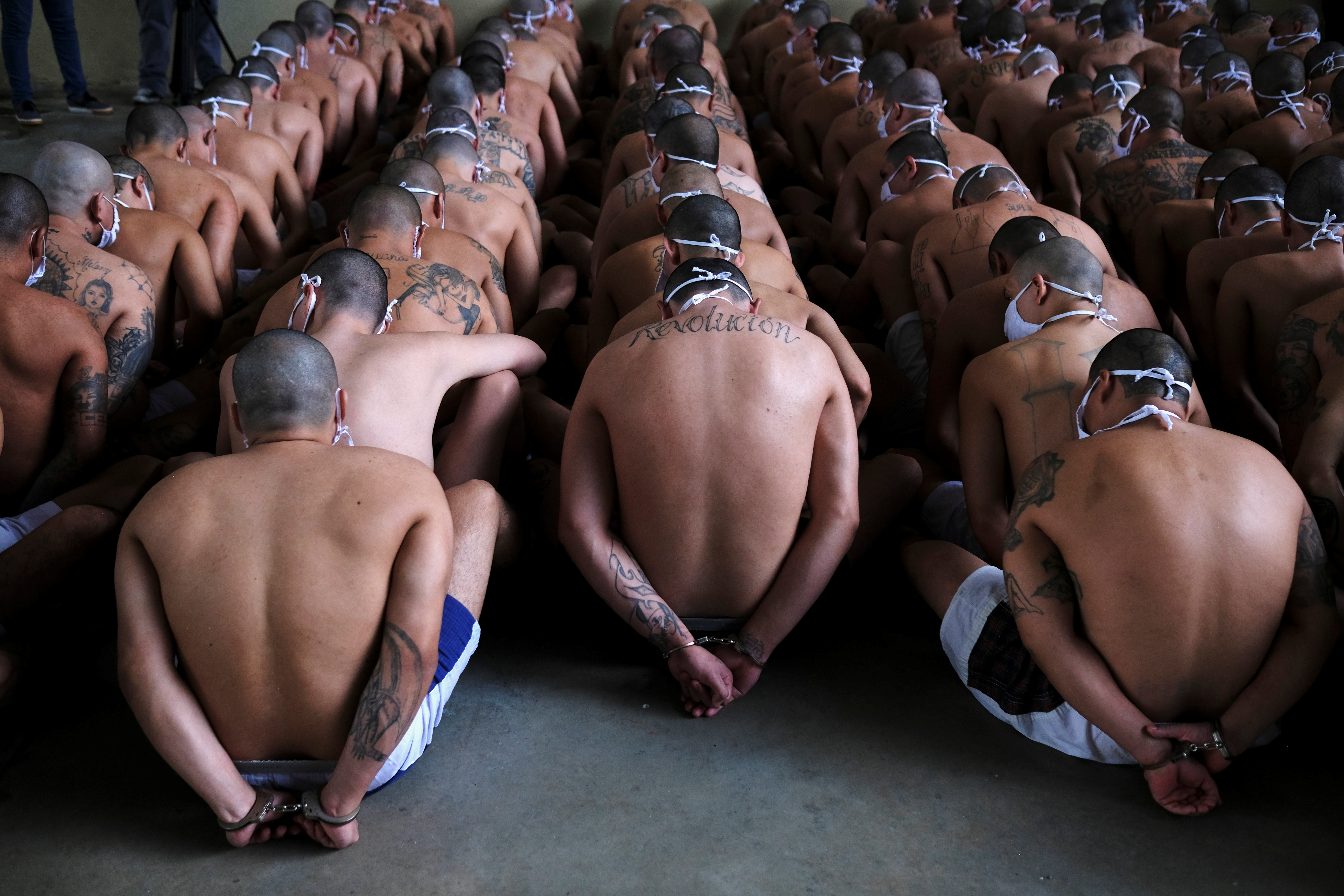 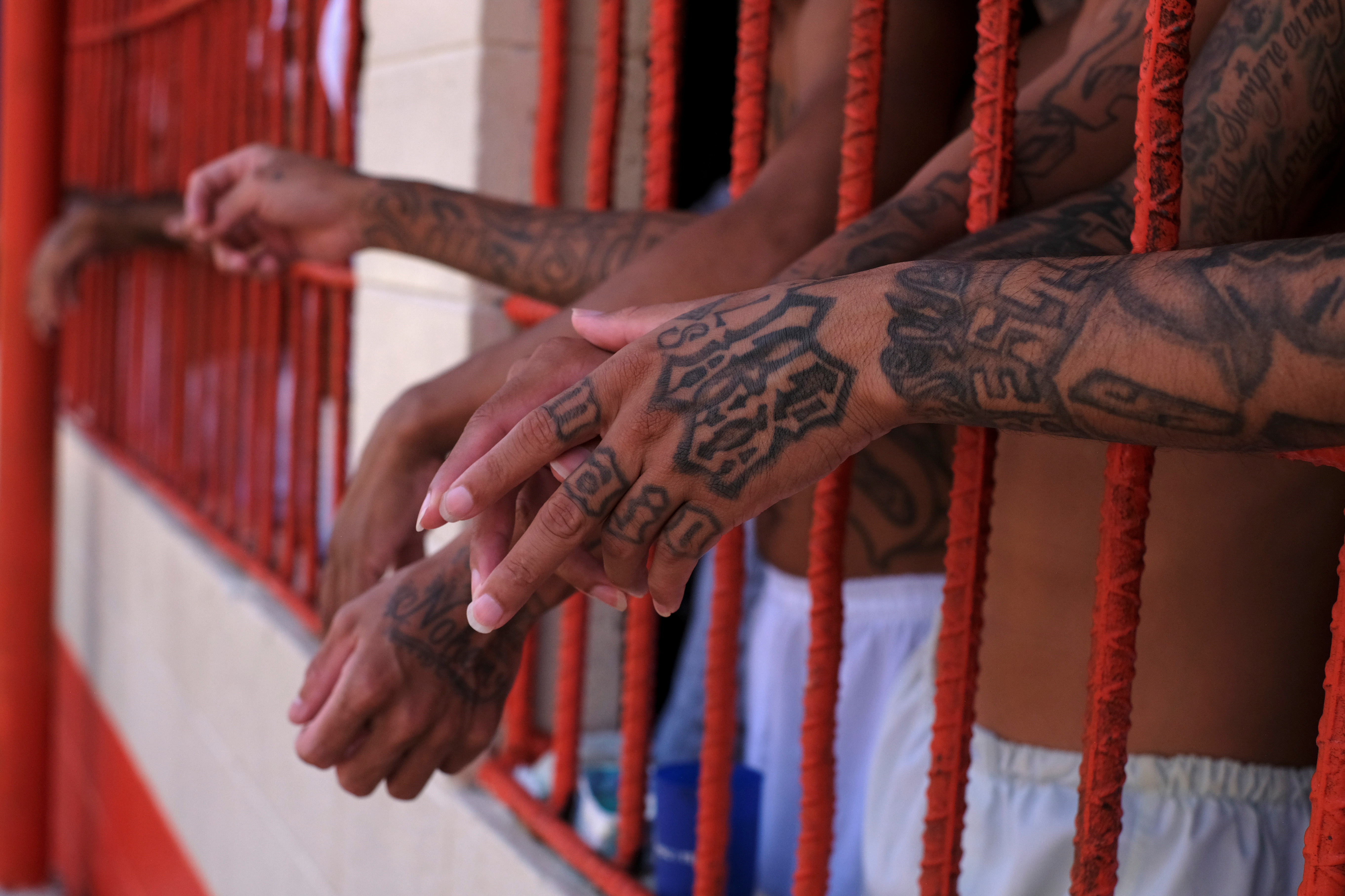 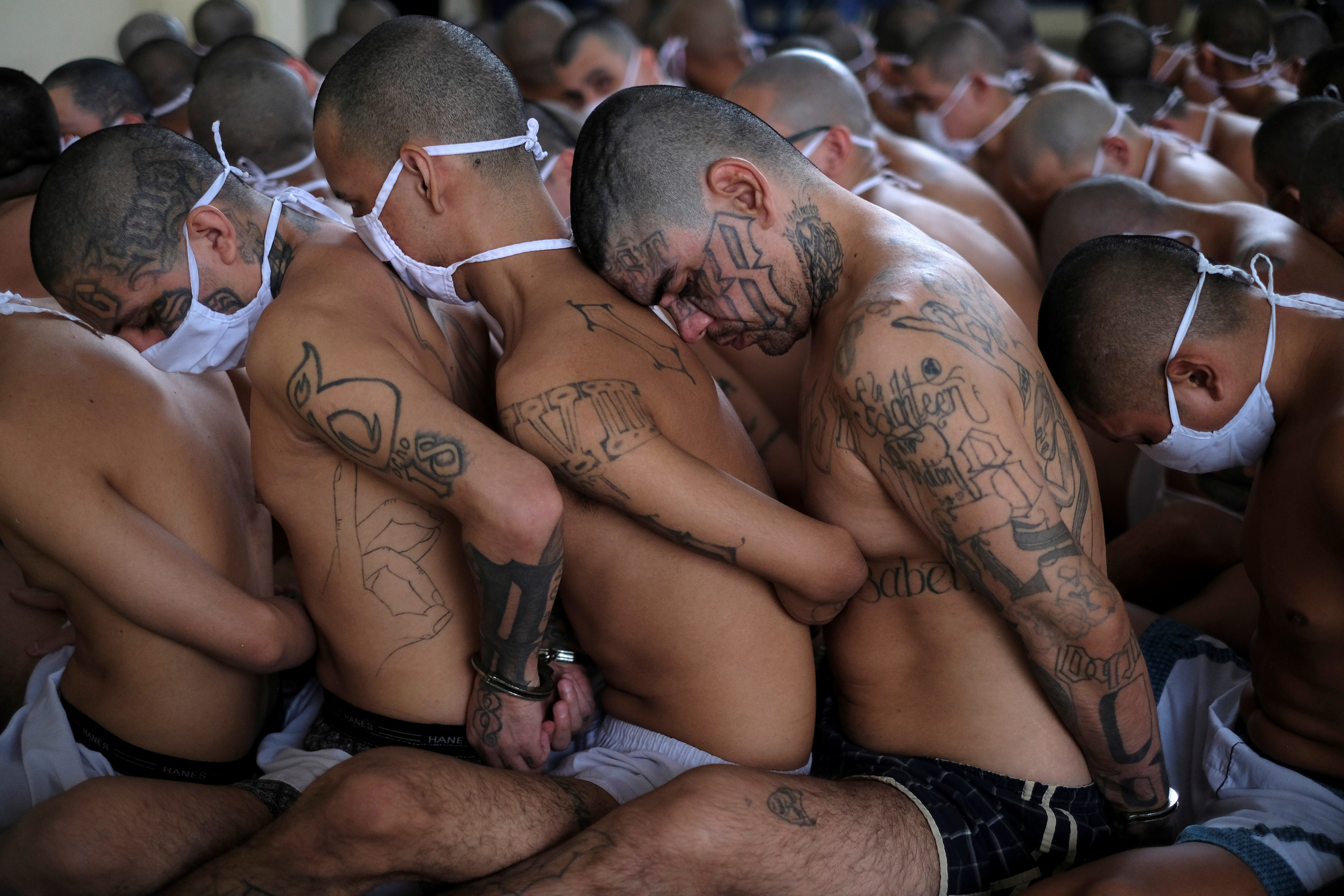 Bukele won support during his first year in office when the murder rate continued to fall.

After he took office in June, on average nine murders per day dropped to two.

But, the steep decline in homicidal violence in El Salvador – a decline of over 50 per cent – has now been called into question after a journalistic investigation attributed it to a pact with MS13 and Barrio 18 gangs.

On Friday, El Faro revealed it had government documents, including prison logs and prison intelligence reports, showing that government officials have been negotiating with the MS-13 gang since June 2019.

But Bukele has rejected the story, and denied that his government is in cahoots with MS-13 gangsters to lower the murder rate.

It's been claimed he's keen to get their support in exchange for prison privileges to give him a political boost during mid-term elections. 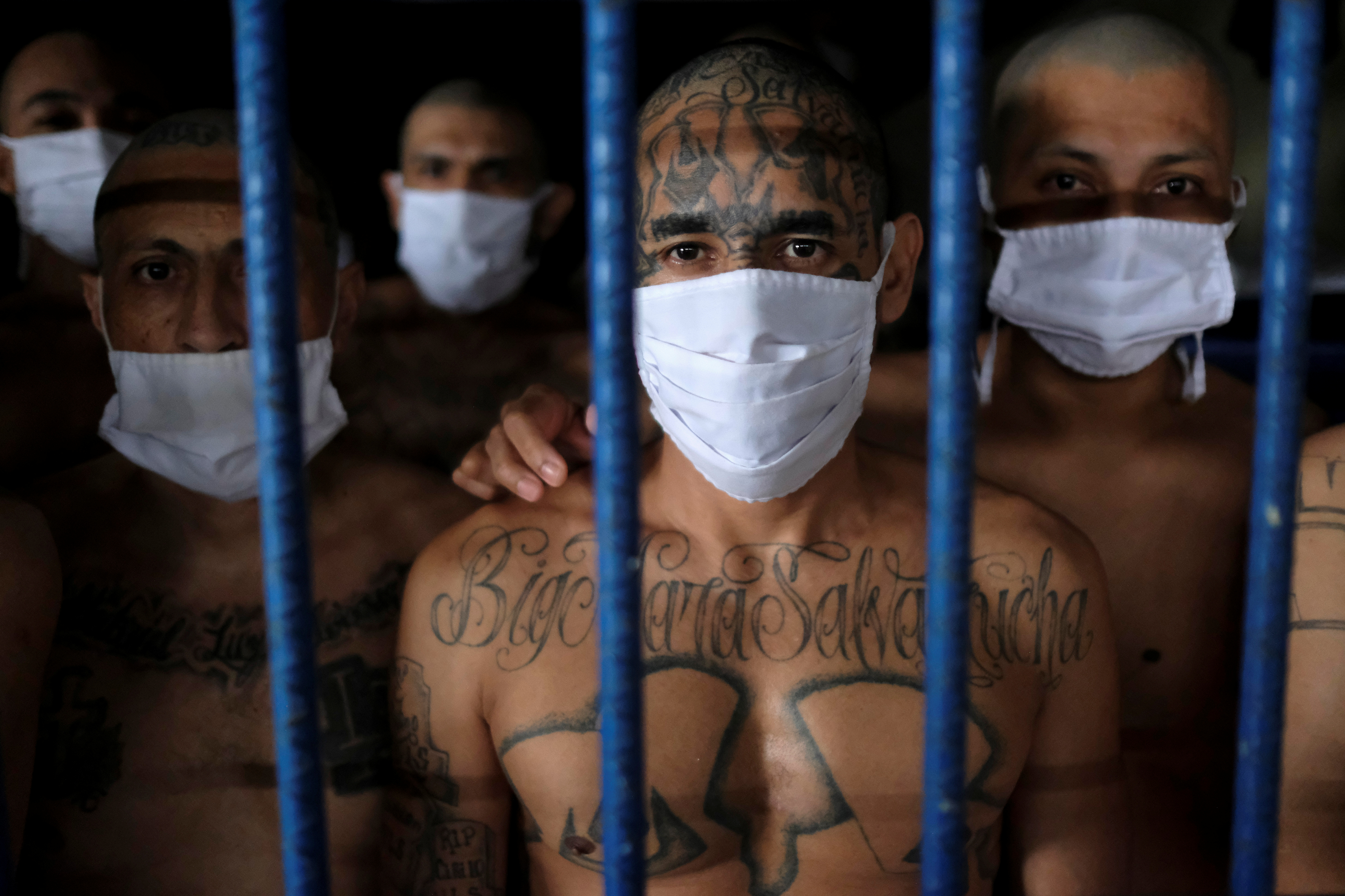 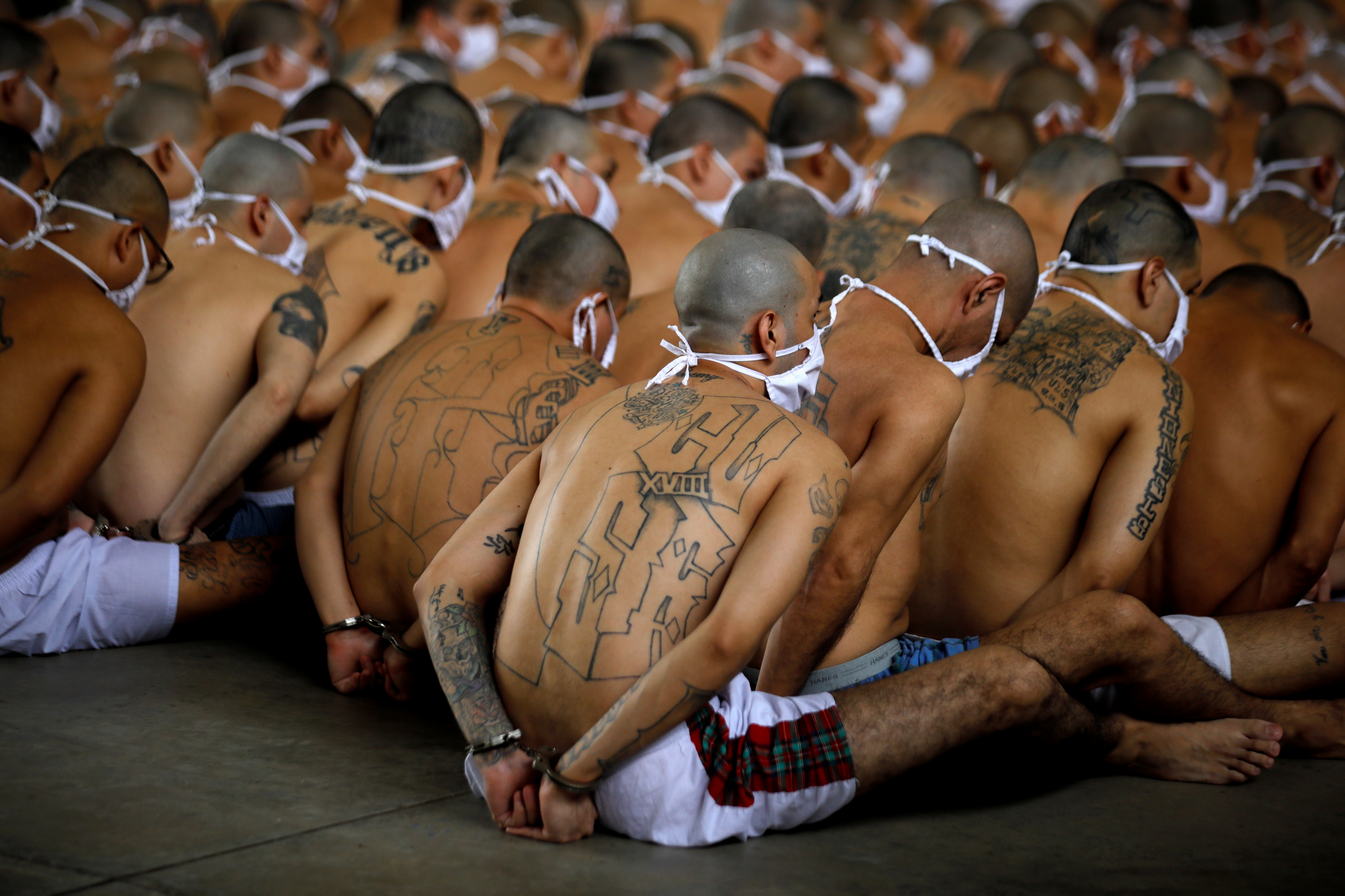 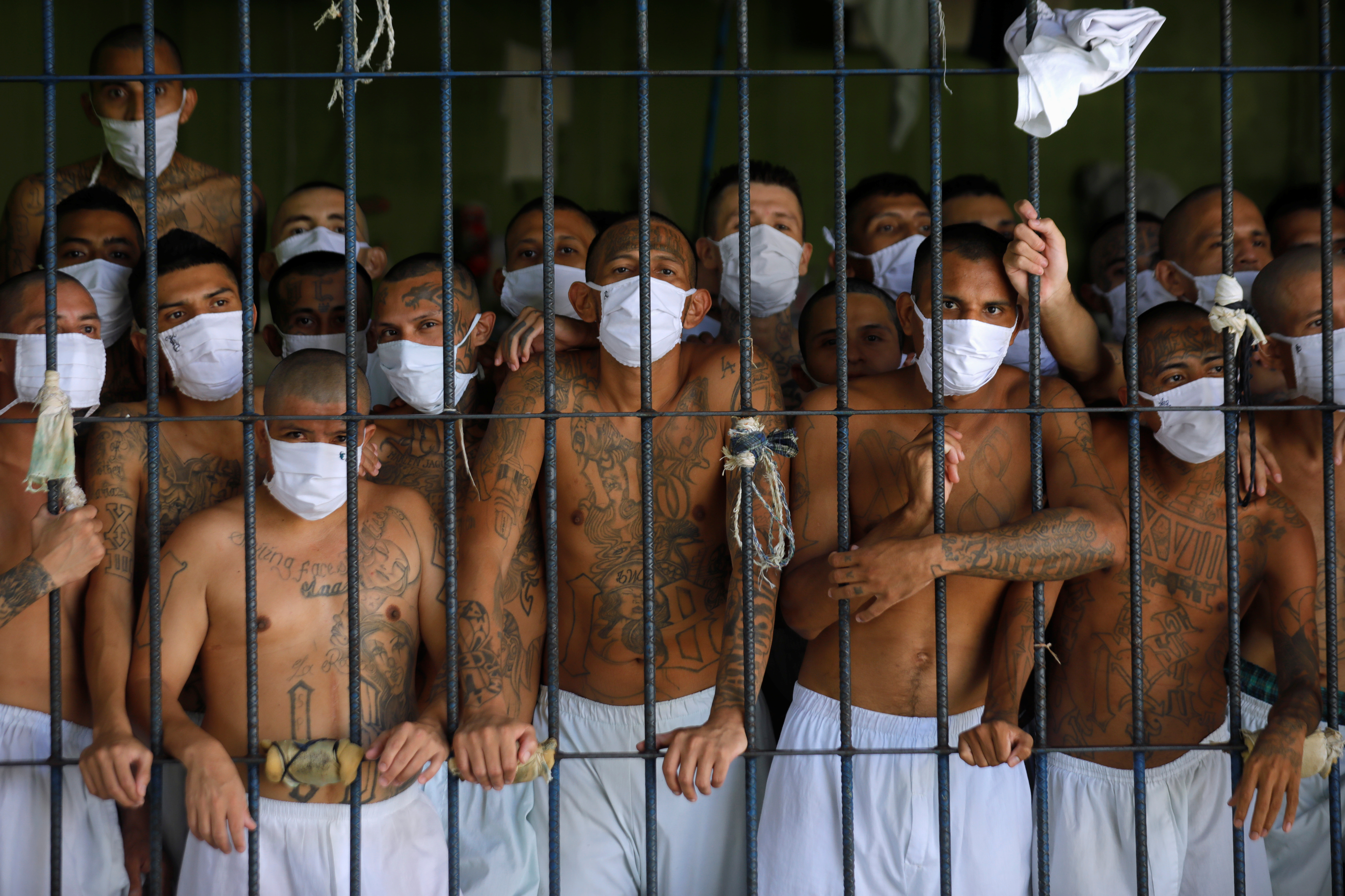 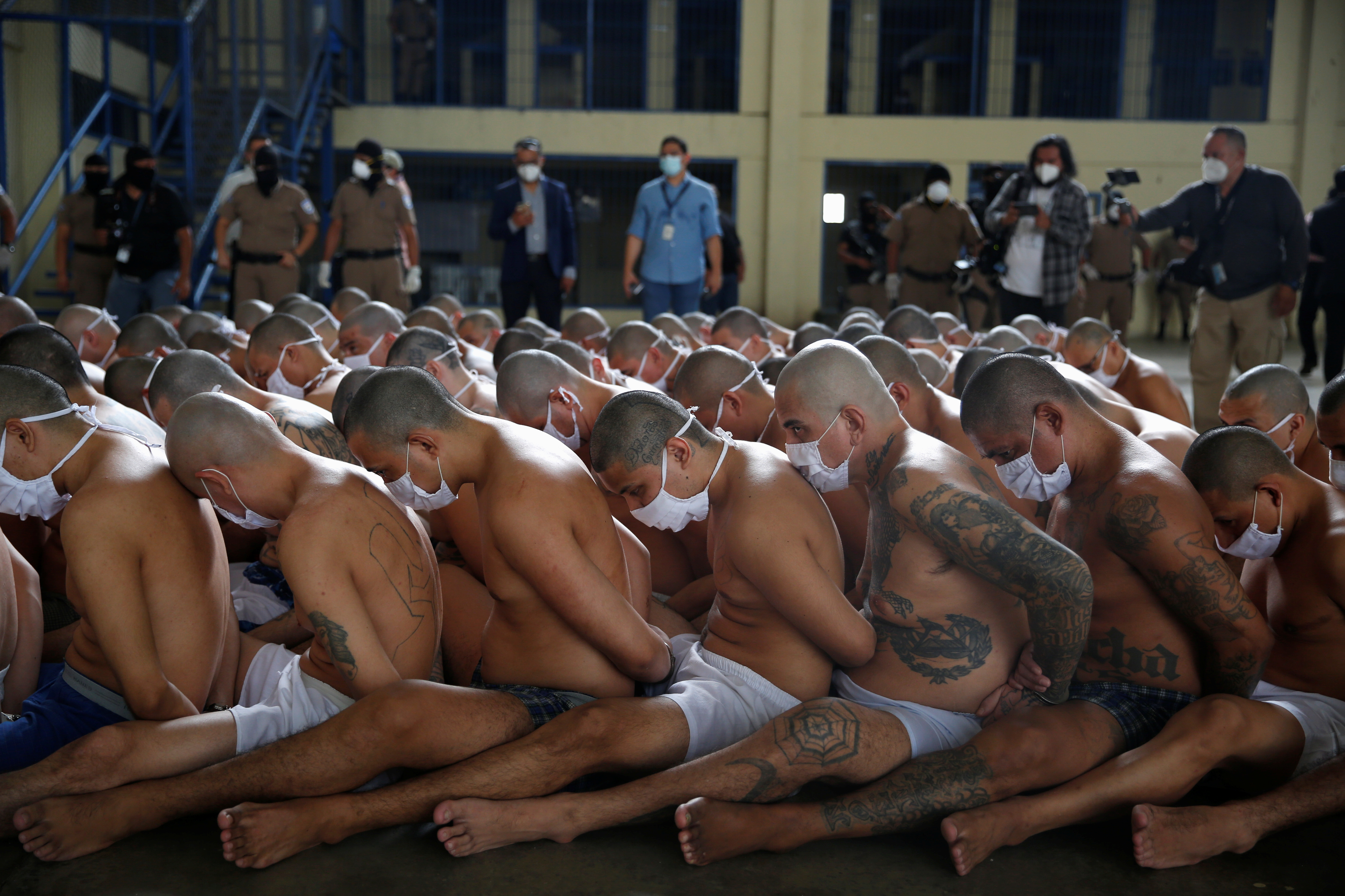 Bukele has instructed his security forces to use lethal force to protect people from gangsters and promised to defend those accused of using excessive force.

One weekend in April, however, there were 60 killings – a surge in violence allegedly directed from gangs in prison.

So his government reacted by releasing photos of hundreds of imprisoned gang members stripped virtually naked and stacked against each other as punishment.

“The gangsters that committed those killings, we’re going to make them regret it for the rest of their lives,” a vengeful Bukele, 38, tweeted back then.

Along with the humiliating photos, he said he had ordered that different gang members be put in the same prison cells, creating the potential for more bloodshed.

"I used to visit MS-13 designated Salvadoran prisons on a weekly basis in the early 2000s, when I was in El Salvador and conducting research on the war on gangs," writes human rights expert Miranda Cady Hallett in The Conversation.

"Even then I found conditions in these cinderblock warehouses to be harsh, with overcrowding and poor food.

"Running water was hit or miss. Sometimes, inmates would go days without access to water, leaving them to drink only what they’d stored," added the
Associate Professor of Anthropology at the University of Dayton in Ohio. 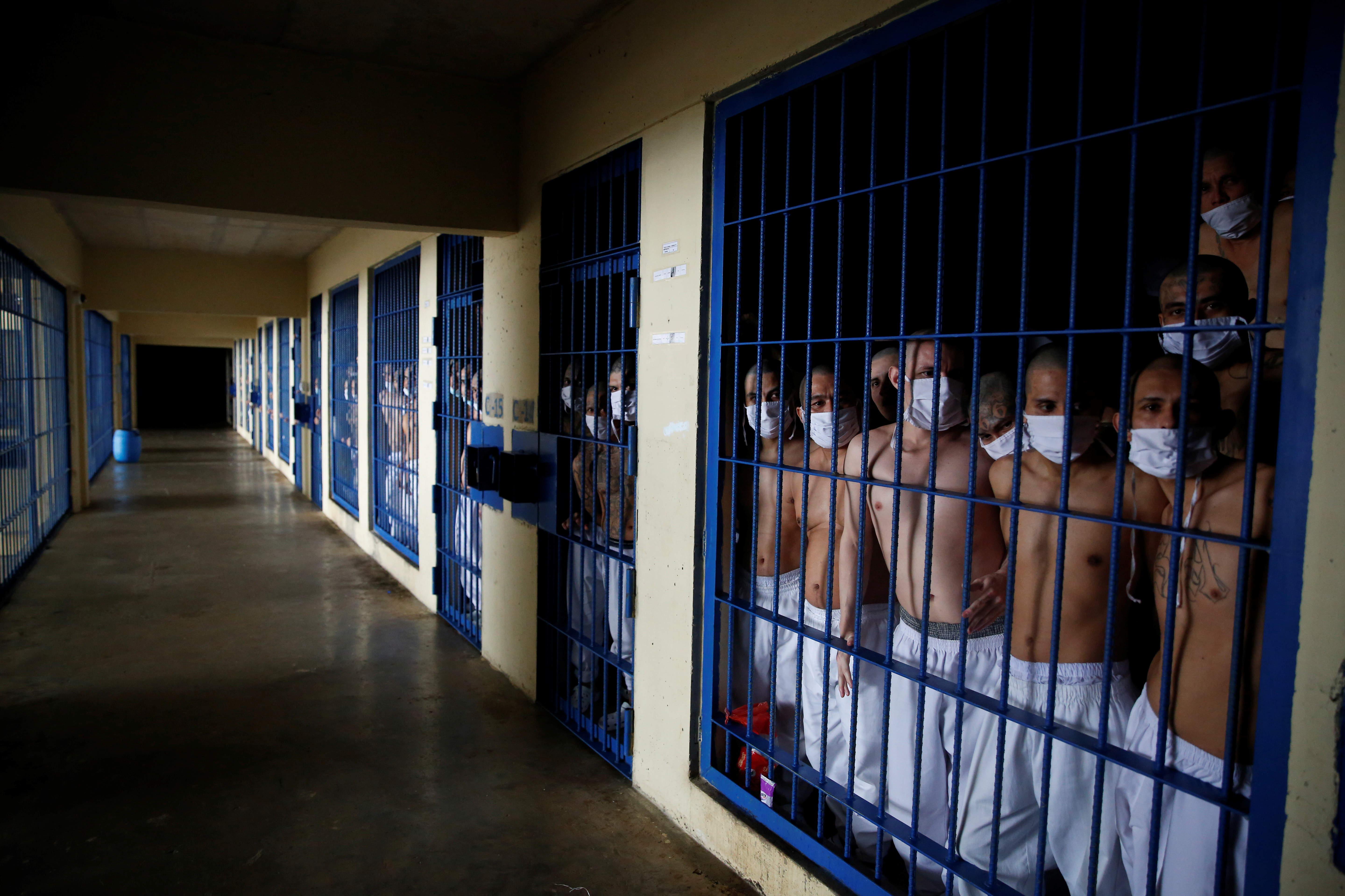 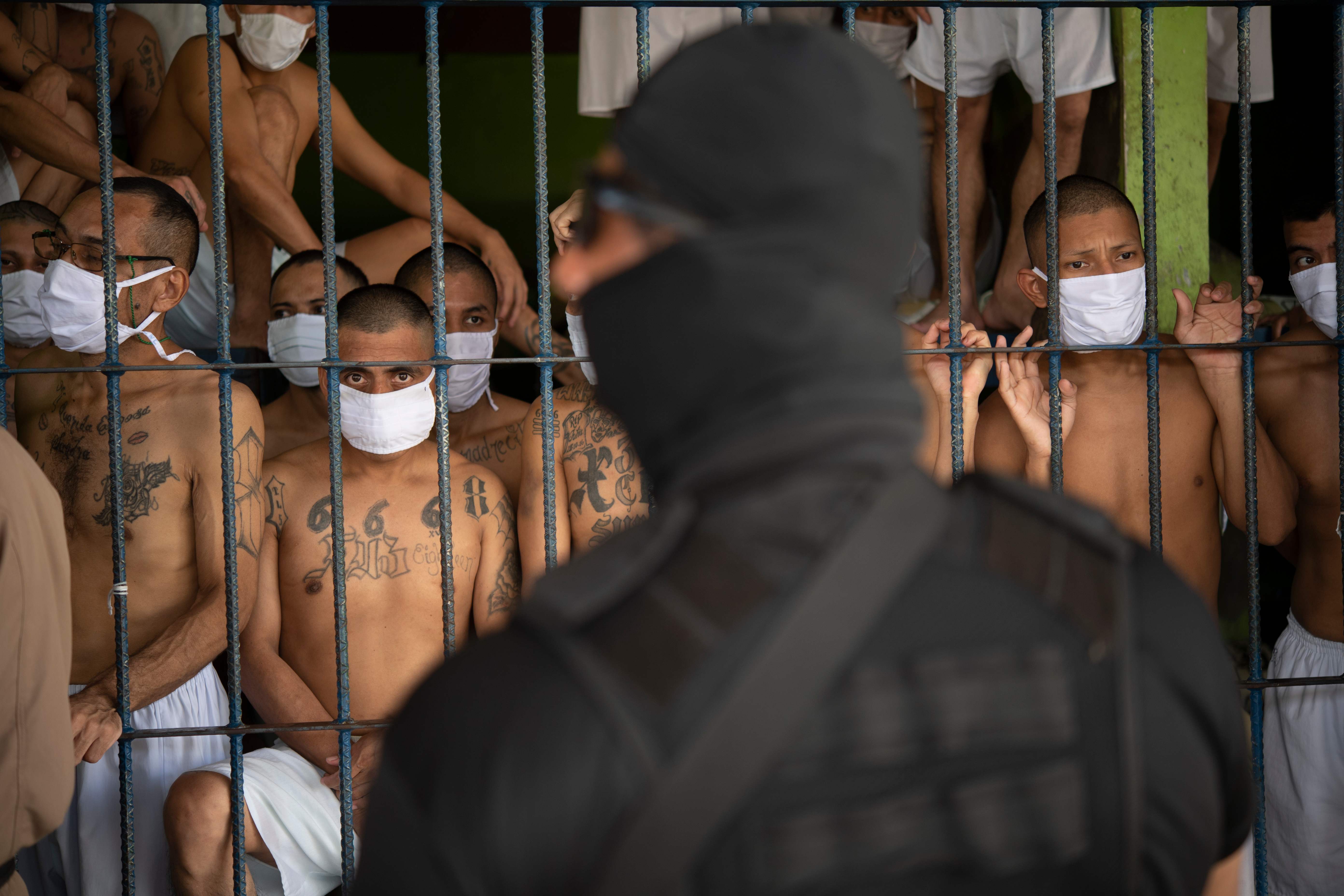 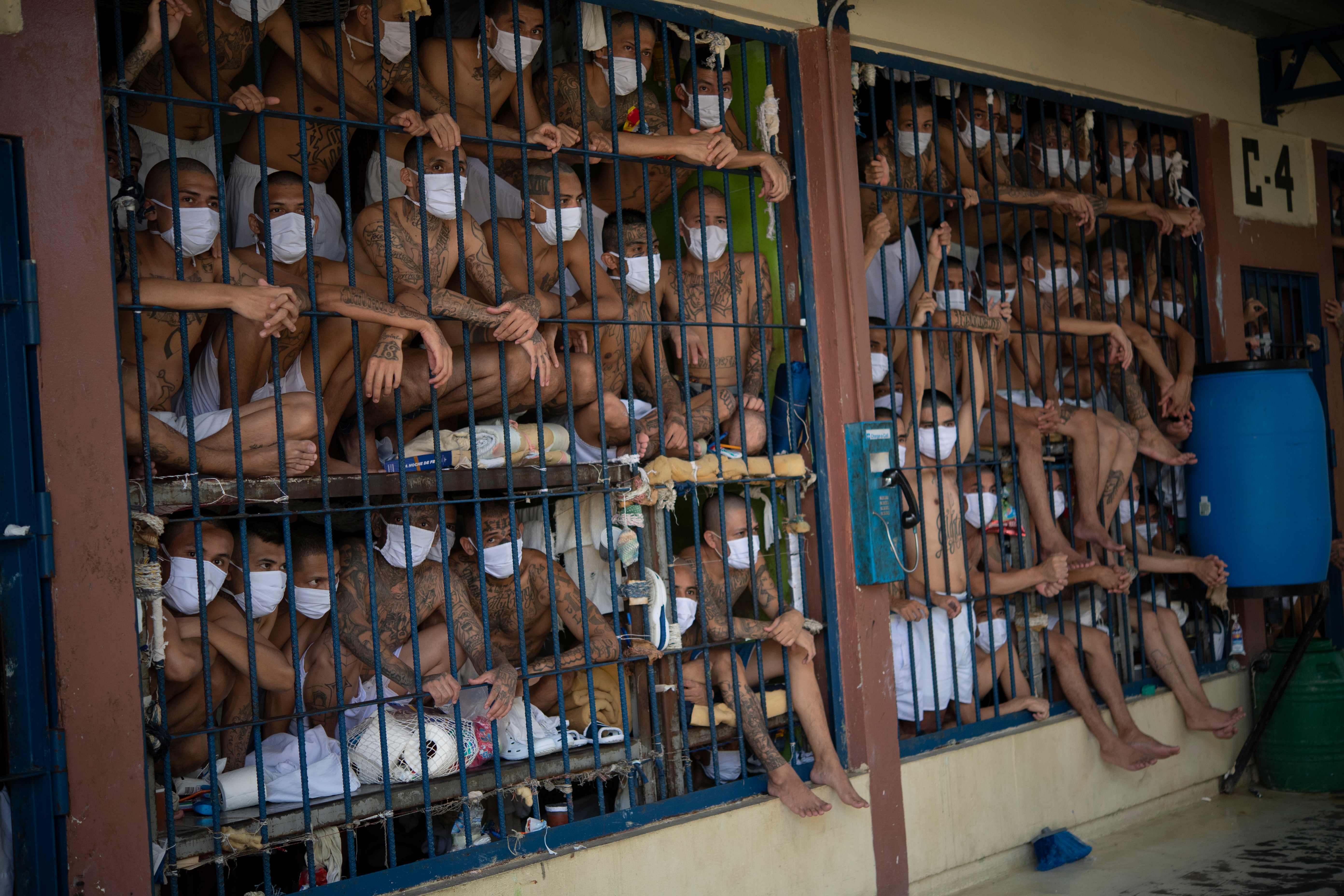