Swiss brothels have been given the green light to open on June 6 as the country exits lockdown, with strict health rules including keeping your faces ‘one forearm length apart’ during sex.

Anonymity is also a thing of the past, because clients’ personal details will have to be kept for four weeks in case they are needed for contact tracing.

Rules drawn up by a sex workers’ group also call for masks to be worn if possible and bed sheets to be washed after each client departs to stop the spread of coronavirus. 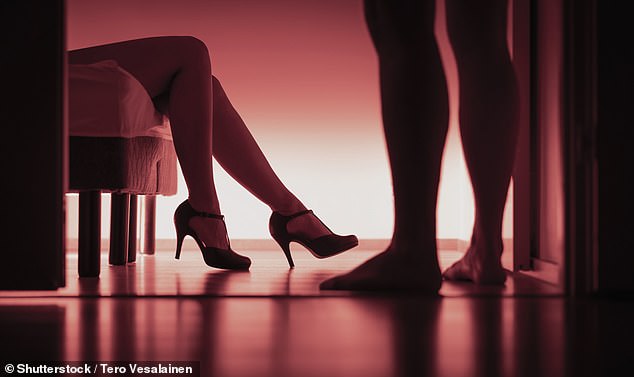 Swiss brothels have been given the green light to open on June 6 as the country exits lockdown, with strict health rules in place (stock photo)

Prostitution has been legal in Switzerland since 1942 and industry group ProKoRe has been lobbying the government to let it restart as soon as possible.

ProKoRe has already drawn up an exhaustive list of rules to be distributed to individual brothels and agreed with sex workers.

‘During sex, positions should be used in which the transmission of droplets is low,’ the guidelines say, referring to the small particles thought to spread the virus.

‘There will be no services with close facial contact. There must be a distance of at least one forearm length between the two people.’

The rules continue: ‘Services involving two or more clients will not be offered.

The rules also say that rooms used by prostitutes should be aired for at least 15 minutes between each encounter.

Bed sheets should be washed at 140F (60C) after each client has finished, and both the client and sex worker should ideally have a shower before and afterwards.

In addition, ‘all clients are made aware that contact details will be recorded and kept for four weeks for the purpose of contact tracing’.

The guidelines also apply to cars, which could have their numberplates recorded in order to ensure that infected clients can be tracked down later. 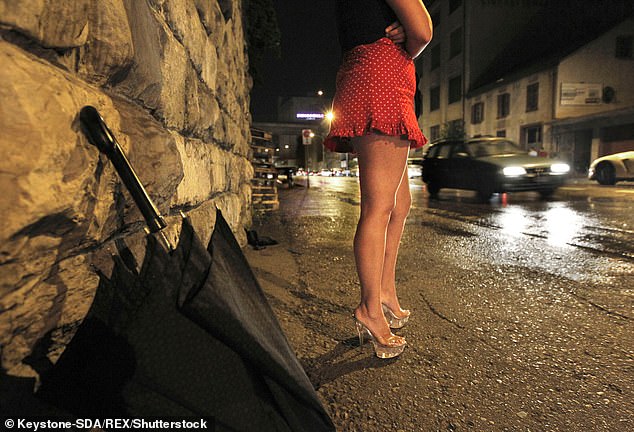 The rules acknowledge that some of the Swiss government’s preferred outcomes such as plexiglass screens between customers and staff are not achievable in brothels.

However, ‘the argument that protective measures cannot be enforced in the sex industry does not hold true,’ ProKoRe said in a letter to the government.

Many protective measures in brothels or smaller studios can be checked by the police, they wrote.

Sex positions cannot be monitored in this way but the same is true of private dealings between people and their doctors or therapists, ProKoRe says.

‘Kisses were only exchanged rarely even before the coronavirus pandemic,’ the group points out.

Brothels will re-open on June 6 along with a host of other venues including zoos, campsites, swimming pools and sports grounds.

Some gatherings of up to 300 people will be permitted, including certain sports competitions and holiday camps for young people.

The borders with Germany, France and Austria will be opened again from June 15.

Switzerland has recorded 30,796 cases of coronavirus and 1,655 deaths as of Thursday morning, according to government figures.