Sweden will reopen a preliminary investigation into a rape allegation against WikiLeaks founder Julian Assange. 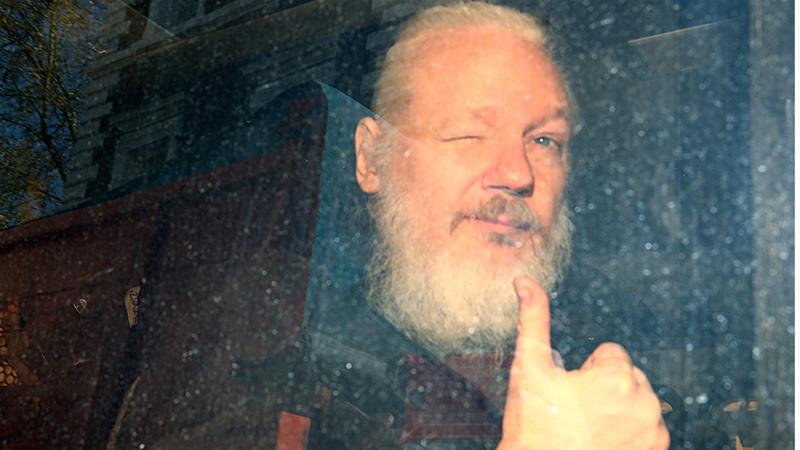 Julian Assange is to be investigated in Sweden over a rape case dating from August 2010, prosecutors announced on Monday.

“My assessment is there is still probably cause [to investigate] rape and a lesser offence,” Eva-Marie Persson, Sweden’s deputy director of public prosecutions, said.

Sweden had first issued an arrest warrant and declared Assange an “internationally wanted suspect” in November 2010.

But after Assange skipped bail in the UK and went into hiding at the Ecuadorian embassy in London, the extradition order was impossible to enforce.

In November 2016, Assange was interviewed by Ecuadorian prosecutors after an agreement was reached between Sweden and Ecuador to cooperate in criminal investigations.

“Mr Assange was recently sentenced to 50 weeks in prison [in the UK],” Persson said. “He will serve 25 weeks before he is eligible for release.

“I will proceed to issue a European arrest warrant providing for him to be extradited to Sweden after serving his sentence in the UK,” she said, at a press conference in Stockholm.

The US also wants to extradite Assange over his publishing of leaked military videos showing the killing of civilians in Iraq. Persson said she expected the US to submit a formal extradition request to the UK no later than June 14, 2019. A decision on which extradition request would be given greater priority “will be left entirely to the British authorities”.

“If he’s extradited to Sweden, he must not be extradited to a third country without the consent of the British authorities,” she said.

“A future Brexit will not, according to available information, impact on the case.”

Swedish prosecutors had filed preliminary charges in 2010 after two women said they were victims of sex crimes committed by Assange when he visited the country.

Seven years later, a case of alleged sexual misconduct was dropped when the statute of limitations expired.

That left a rape allegation, and the case was closed as it could not be pursued while Assange was living at the embassy and there was no prospect of bringing him to Sweden.

The statute of limitations on that case does not expire until August 17, 2020.

“While Mr Assange is serving his sentence in the UK, I intend to further the investigation as much as possible,” Persson said. That process could include interviews via video link.

“I would like to make the following very clear: My decision to re-open the preliminary investigation is not an indication of whether to file an indictment with the court,” Persson said.