The latest gadget for anyone wanting to be a James Bond villain could hit the waves in the shape of a £52 million hyper yacht complete with a free £4 million Bugatti Chiron supercar.

The ultimate high prestige Xenos super boat is expected to attract the mega rich who will head to glittering ports such as Monaco and St Tropez.

Although still on the drawing board the yacht is reminiscent of the vessel used by the Bond villain and Spectre operative Emilio Largo in 1965’s Thunderball. 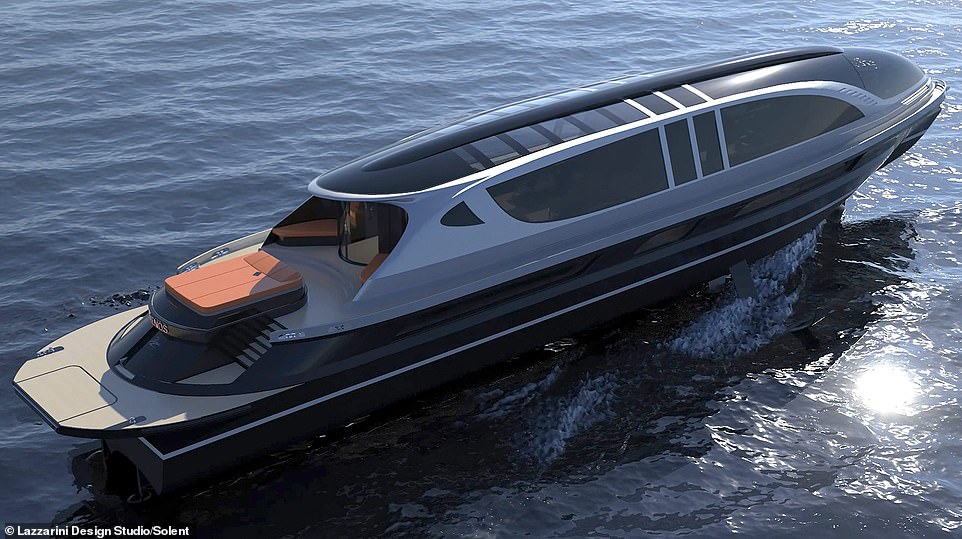 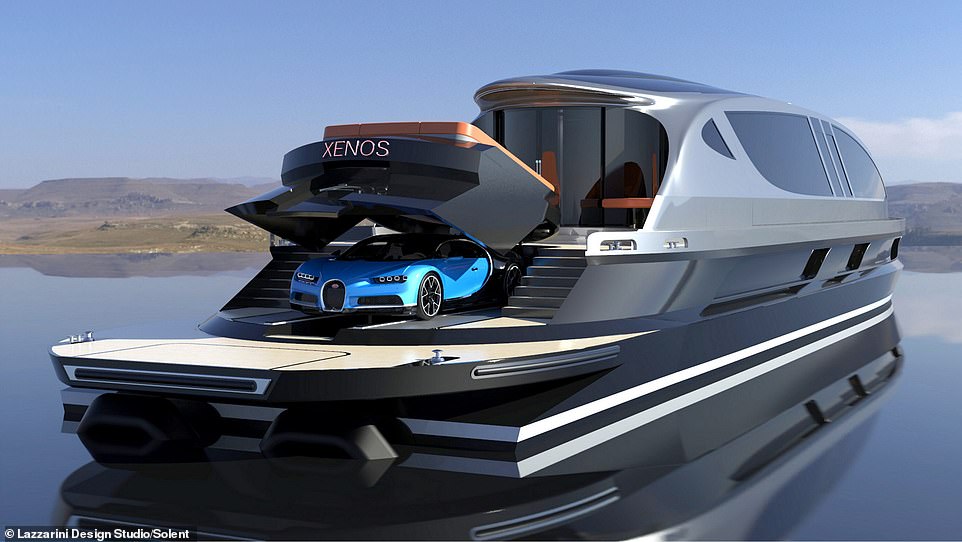 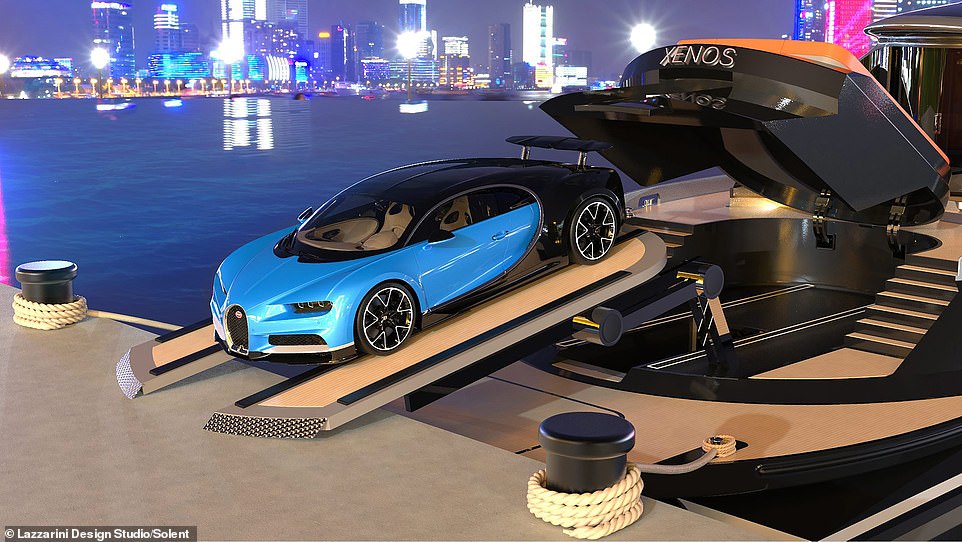 Lazzarini Design Studio is the team behind the fantasy boat which they claim will have a top speed of more than 100mph thanks to a 15,000 horsepower engine.

It is planned to build the 130-foot vessel from aluminium and carbon to add to the sleekness and lightness of the boat.

According to the Lazzarini team it has been ‘designed for comfortable high speed cruises.’

The sleek black and chrome yacht is set to have auto-tinting windows, roof mounted solar panels and also be available as an electric powered model.

It is expected that, if it ever leaves the drawing board, that the Xenos will easily cope with rough waters thanks to its ability to swap between a conventional hull and hydrofoils. 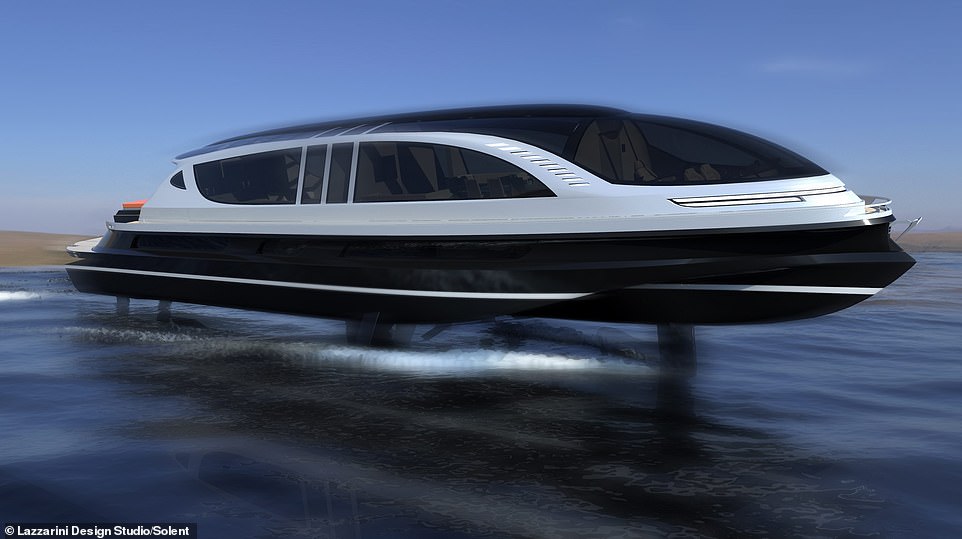 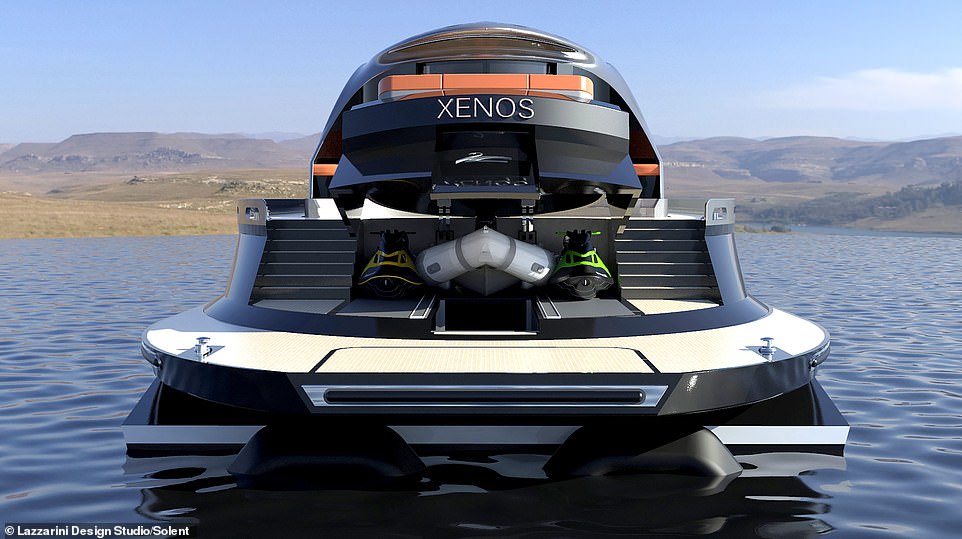 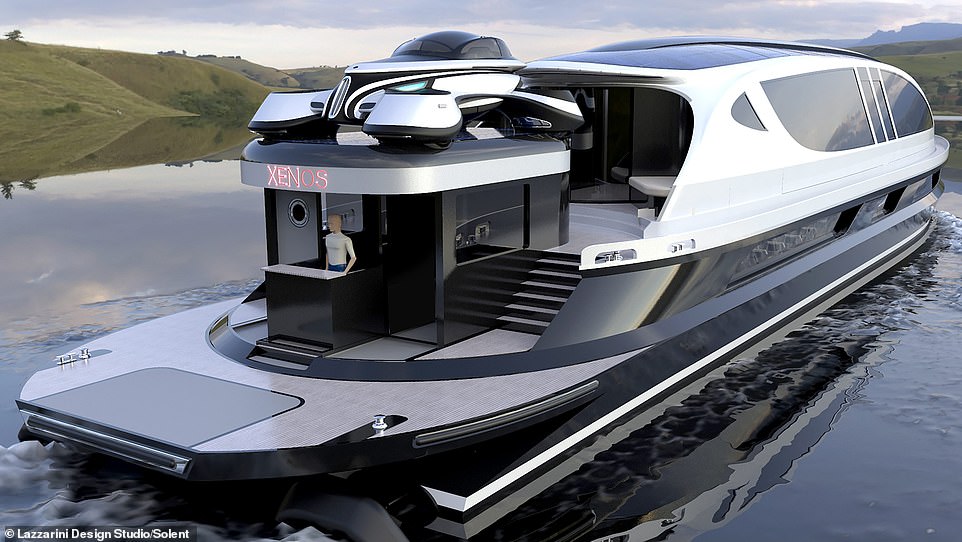 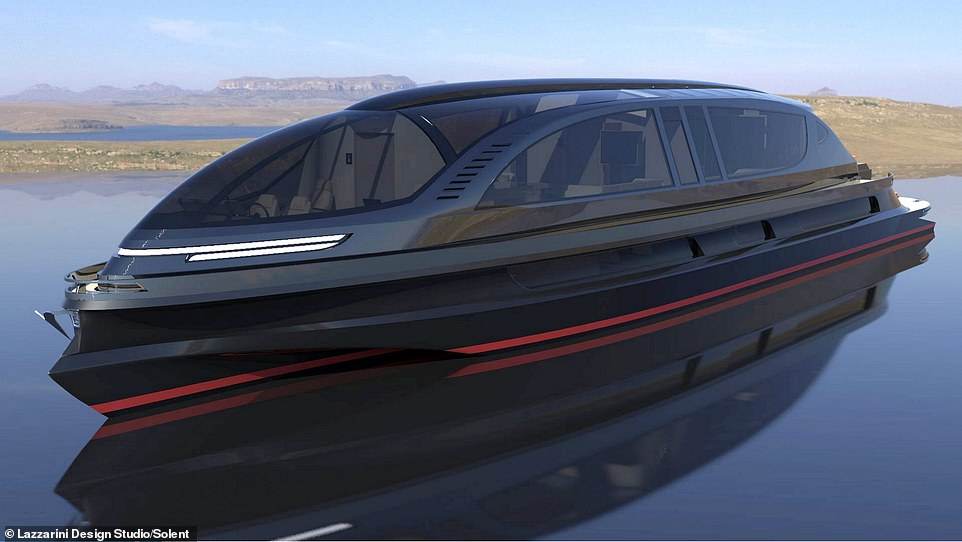 And with the designers claiming that Xenos, which means different in Ancient Greek, will reach speeds of 90 knots it will make it the fastest 130-foot long yacht in the world.

Not content with simply providing the ultimate luxury on the waves Lazzarini also plan to add a free Bugatti Chiron to the package.

This pièce de résistance is sure to be a major selling point as there are only 500 of the supercars in the world. 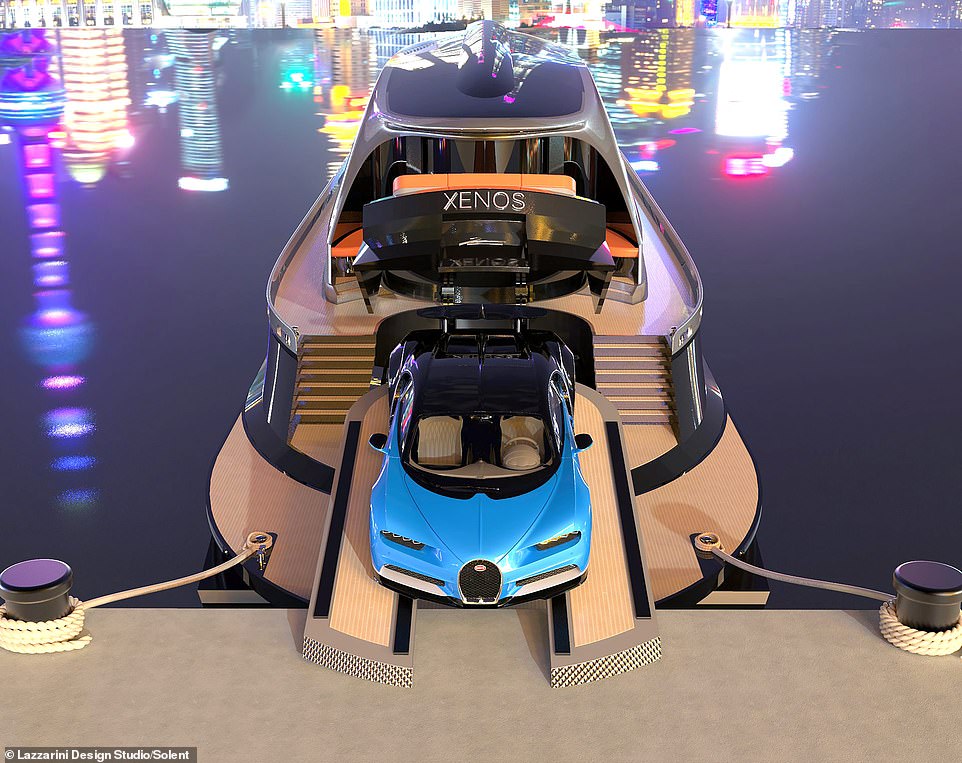 The car will be stored in an on-deck garage with a folding ramp to allow owners to drive straight off the yacht into the harbour.

The Bugatti Chiron last year became the first car in the world to go over 300mph.

Designers at Lazzarini said: ‘The Hyper car is nicely included in the price of the Xenos – the world’s first Hyper yacht.’