People flocked to Brighton to enjoy the record-breaking Bank Holiday Monday but some were unable to properly cool off after seeing the murky water – which turned out to be an algae bloom. 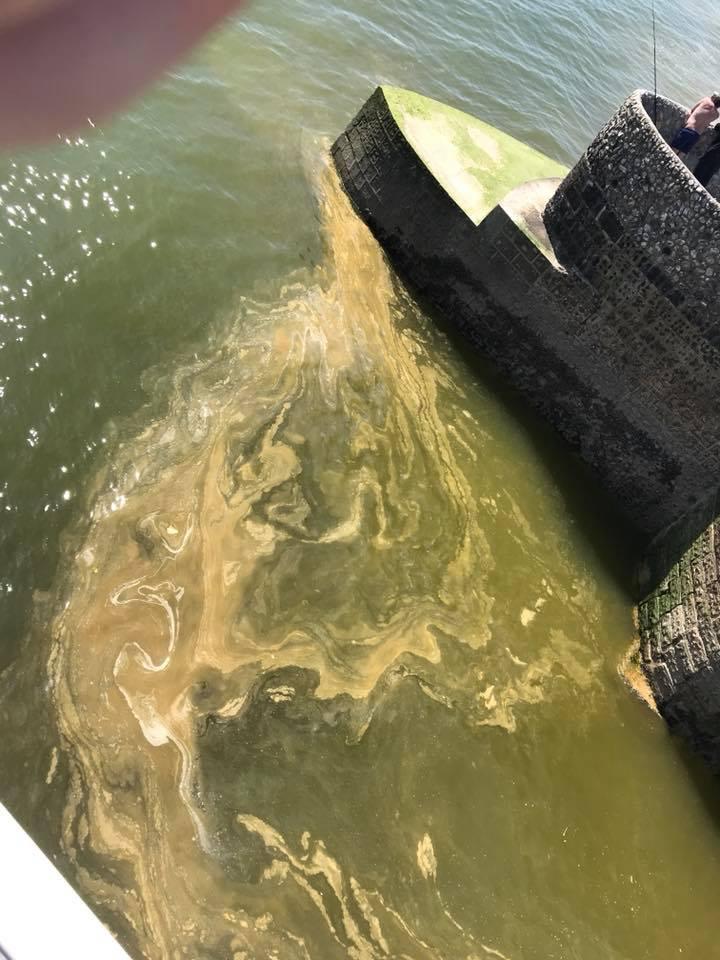 He thought it was sewage and posted pictures on Facebook, adding: "Brighton Pier ladies and gents… emptying it's sewage tanks mid day.

"And yes… that's a sanitary towel and a large floating s***!

"People are literally swimming through it/in it surely that can't be legal for the pier to do?" 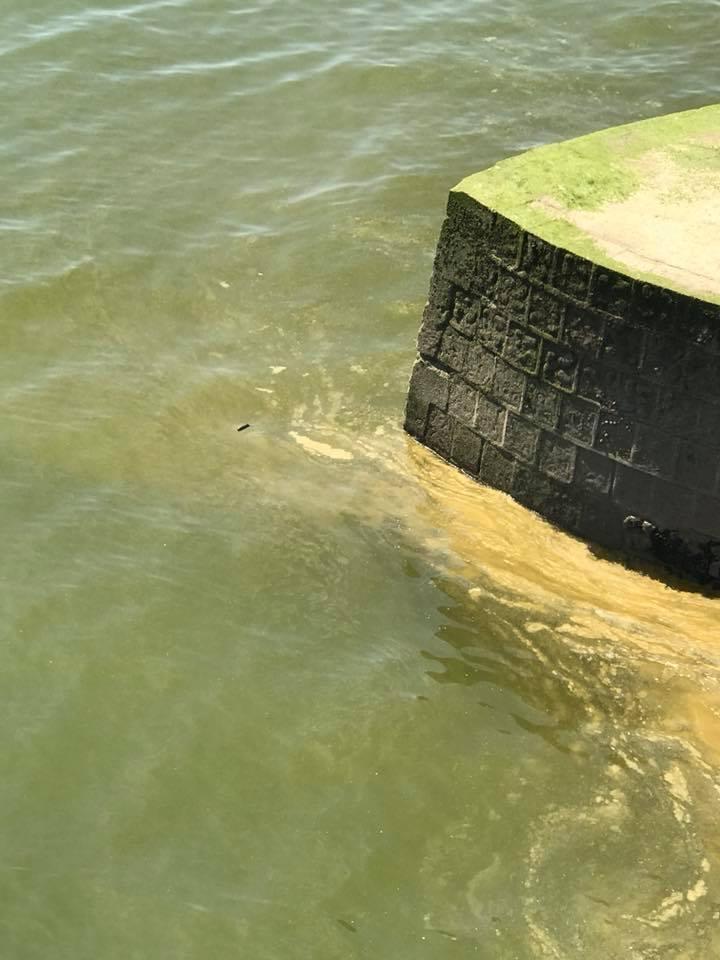 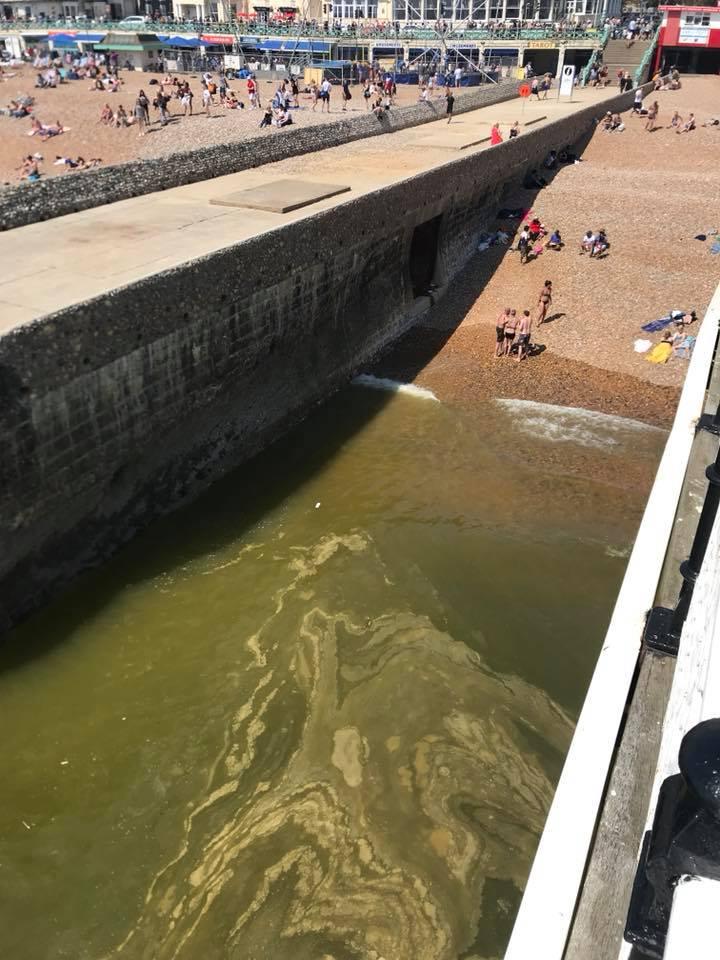 He told the Sun Online: "I was hoping to but was not able to after that.

"The whole family we were going to go in and take a little dip as it was a scorcher but after they saw that we thought 'no chance'."

The 32-year-old and his family had gone to Brighton for a daytrip, but were put off from swimming in the sea.

But what they thought was sewage was actually an algal bloom, after Southern Water confirmed there had been no leaks from any sewage pipes in that area.

A spokesman added: “What was seen in the sea by Brighton Pier yesterday was an algal bloom – a naturally occurring algae that looks and smells pretty unpleasant but is, for the most part, harmless and not a sewage spill." 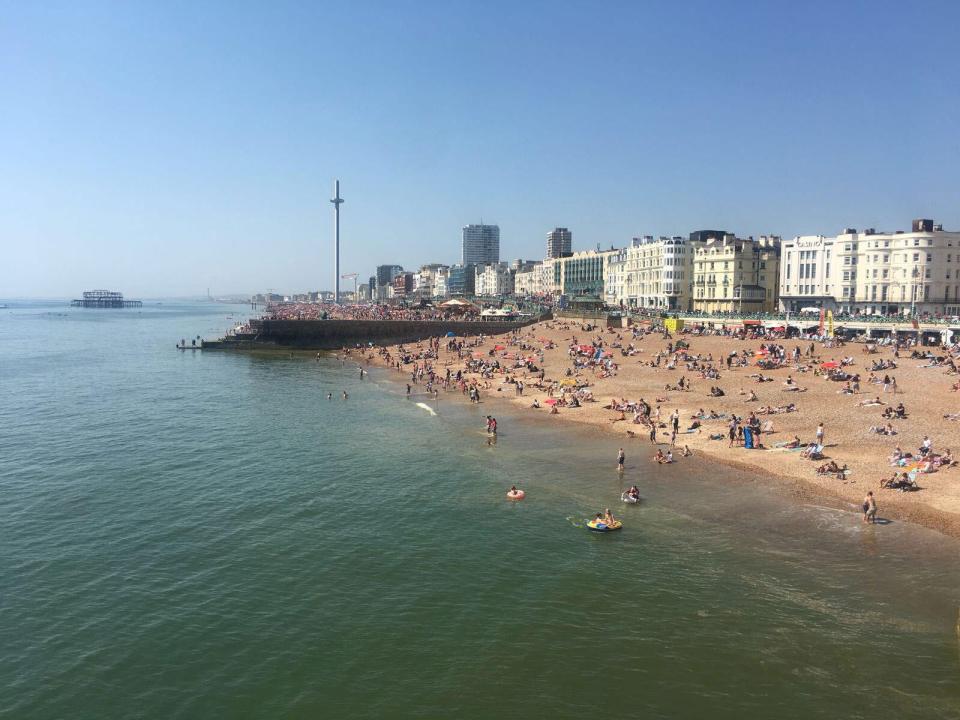 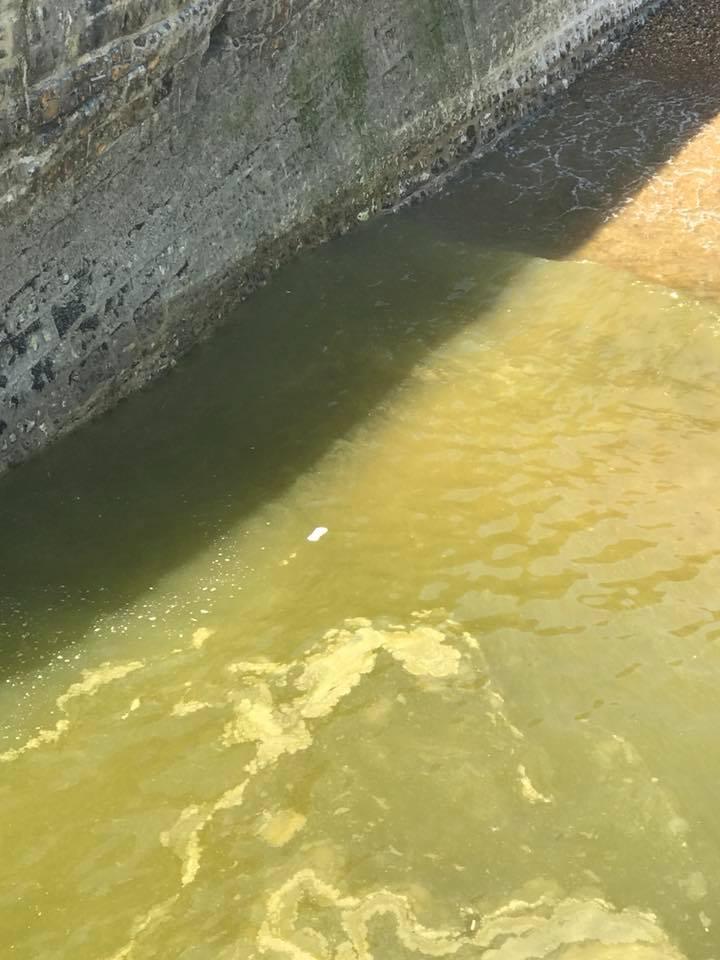 What is an algal bloom?

A big clear-up got under way today after Bank Holiday revellers left mountains of trash piled on Britain's beaches and in parks after soaking up the weekend sunshine.

Beauty spots were covered in litter and bags of rubbish were piled-up next to overflowing bins.

After a recent drive to stop plastic getting into the sea, many people still left their plastic bags and bottles on the beach at Brighton after a day in the sun.