A 65-year-old Serbian man allegedly phoned in a fake bomb threat on Thursday in the hope of keeping a flight attendant who refused a date with him in the country, according to media reports.

The unidentified man confessed to the hoax, which caused Lufthansa flight LH1411 to be evacuated before taking off from Belgrade to Frankfurt, Germany, Sky News reported Saturday.

"This morning at 6 a.m. an unknown person called and reported there was a bomb on the plane bound for Frankfurt," Serbia's interior ministry said in a statement after the threat was called in. 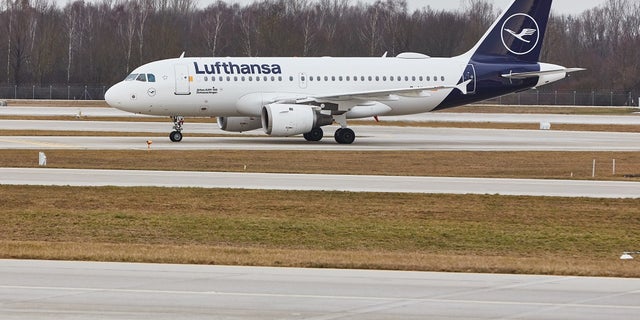 A Serbian man allegedly phoned in a fake airline bomb threat to keep a flight attendant he was smitten with in the country.
(Lufthansa Group)

The man told authorities he met two flight attendants earlier and that they had declined his dinner invitation. He became smitten with one of them and allegedly phoned in the fake threat to keep her in the country after failing to find her hotel, according to the news outlet.

The threat resulted in the evacuation of 130 passengers and five crew members from the plane. A search of the aircraft by police yielded nothing suspicious. The flight was delayed for eight hours, with some passengers choosing book alternative flights rather than wait.

The airline did not return Fox News' request for comment Saturday.

Authorities were able to trace the location from where the call was made and the suspect was arrested Friday. Prosecutors are asking he be kept in police custody.

The outlet said he's been charged with causing panic and disorder.