SEE the moment a shocked fisherman finds a "tongue-eating" undiscovered parasite living in the mouth of a fish captured in a spine-chilling photograph.

The victim six-pound carpenter fish was pictured with its mouth closed after being caught by a fisherman before it opened its mouth to reveal a one-inch-long newly discovered species of tongue-eating louse parasite inside – in the place of the fish’s tongue. 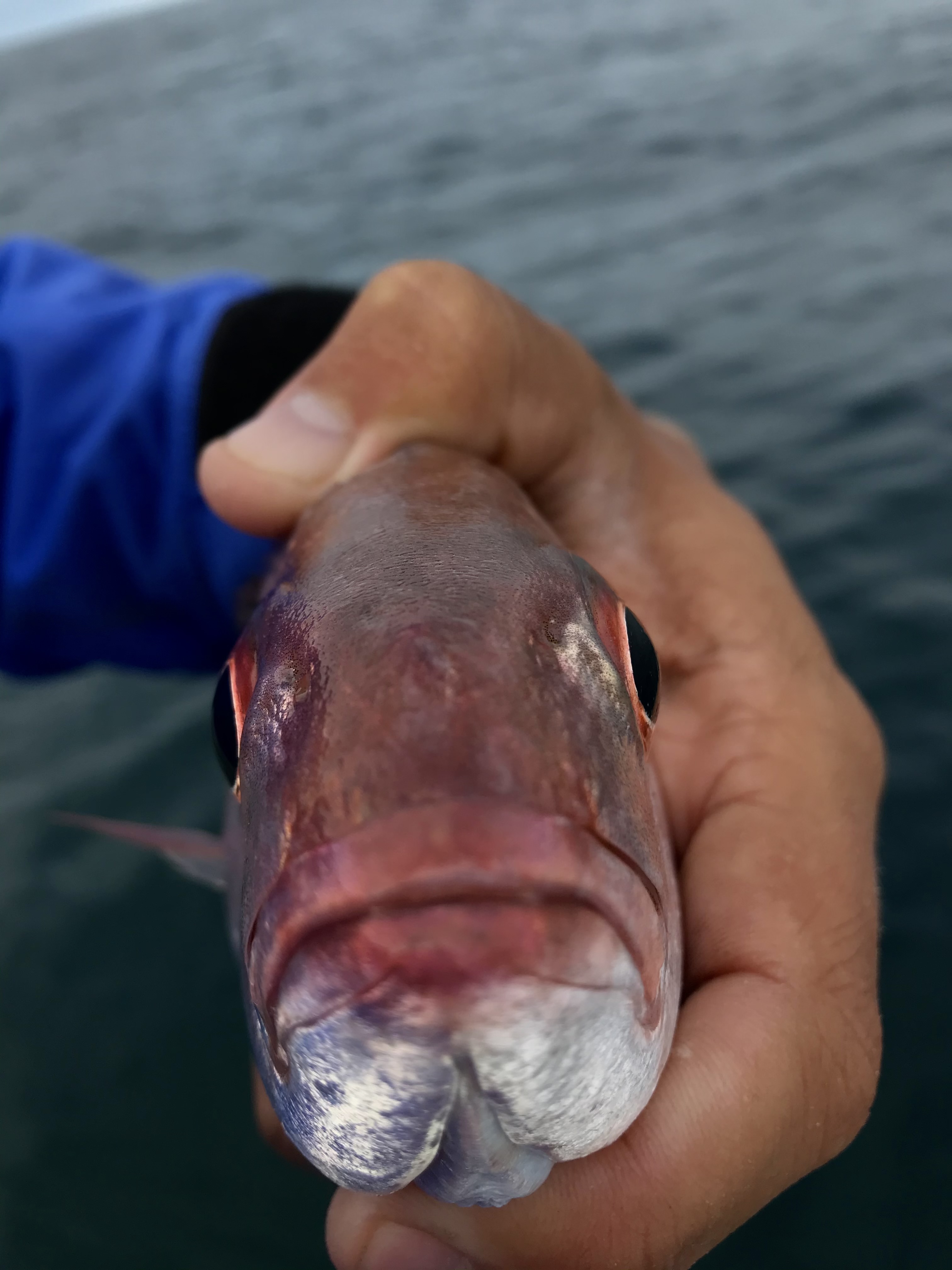 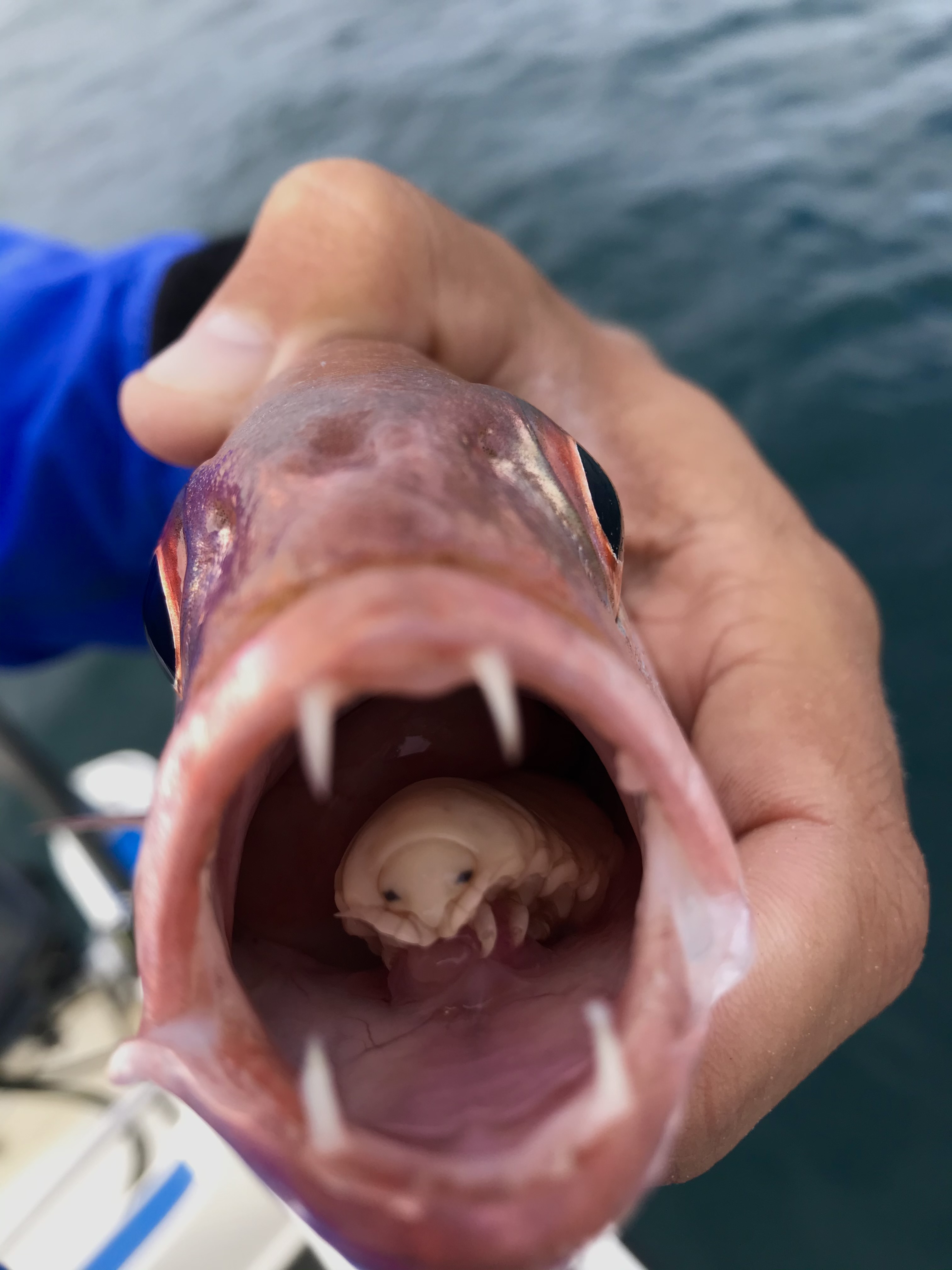 The seemingly blue-eyed parasite appeared to stare directly into the camera’s lens in a closeup shot.

This particular parasite enters the fish through its gills before moving onto the fish’s tongue, which it bites, cutting off the blood supply and causing the tongue to disintegrate. It then replaces the function of the tongue.

“Being a Marine Scientist and having fished since a young age, I've see my fair share of parasites living on fish and sharks,” said Don.

“But nothing could really prepare me for the moment I opened the carpenter’s mouth and saw this blue eyed alien with a moustache staring back at me.

“I knew I had to get a quick picture to help identify the species of louse, knowing there has been very few studies done on them. I grabbed my phone as my camera was packed away and snapped a few quick pictures before safely releasing the fish.

Parasite 'bites off the tongue'

“Later, I learned that this is the first photo documentation of this species in a hosts mouth.

“They are a species of isopod and all are born male. Free drifting in the ocean, they find a host fish and enter through its gills. The males attach themselves to the gill arches, until one is old enough to change sex to female.

“Thereafter, it moves onto the host fish’s tongue where it bites on and stops the blood circulation, causing the hosts tongue to disintegrate.

The louse then replaces the function of the hosts tongue and survives off the nutrient rich blood and mucous supplied to the host’s tongue.

“This form of symbiosis is closer to commensalism but unfortunately, the fish does lose blood to the louse so it’s technically parasitism.

"Besides the insignificant blood loss, there is no other harm caused and the louse should not be removed from the fish as it will cause the fish to die from blood loss.

“The louse dies when the fish dies, so there is no evolutionary advantage of this louse starving his host of food or blood. So for both species to complete their life cycles, a healthy relationship is maintained. 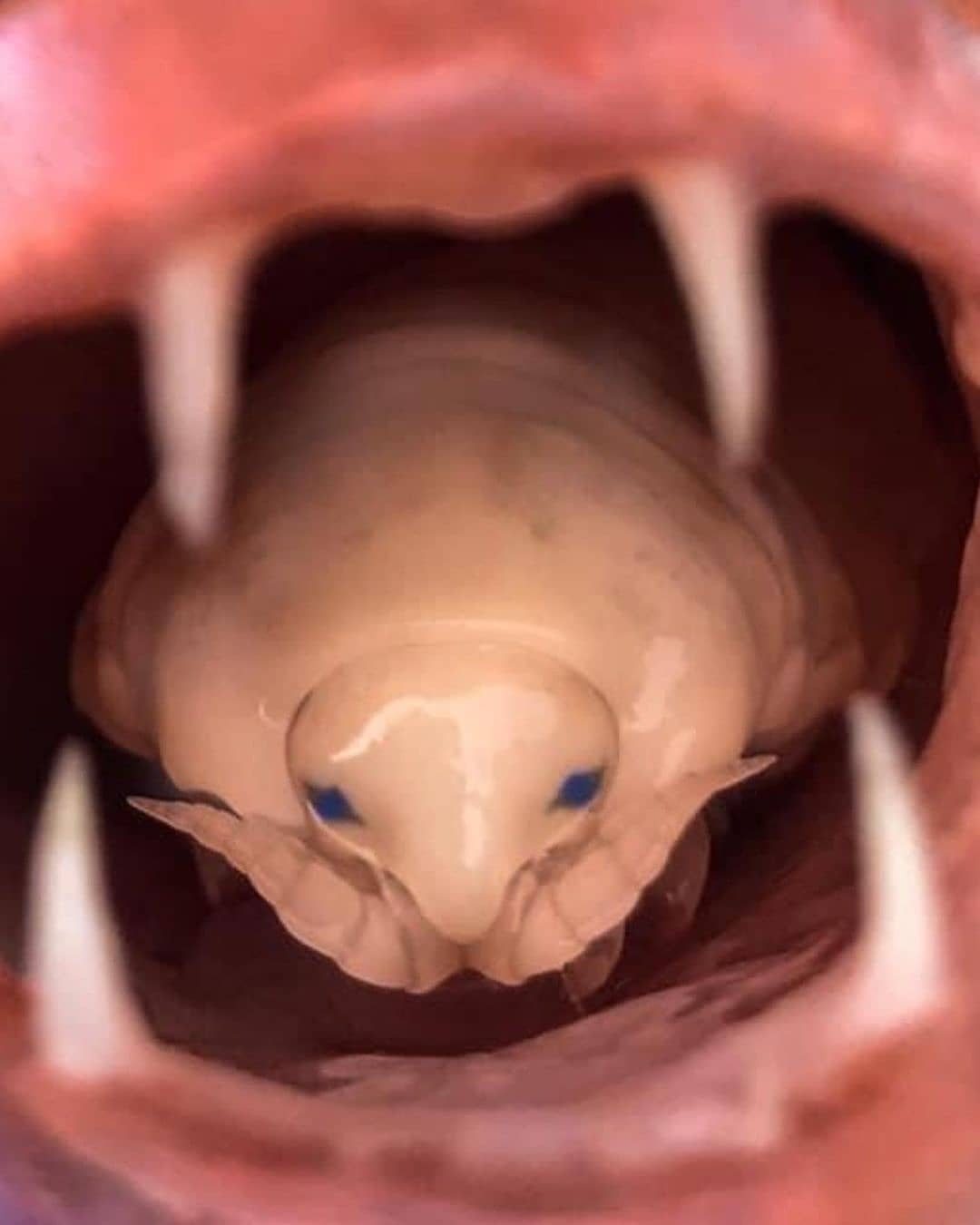 “This specific species of tongue eating louse only uses carpenters as their host and has eluded scientists for years.

“When we allow ourselves to slow down and look around us, nature reveals all of her magic to us.

“Too many of us are caught in the fast pace of life and don't allow ourselves to see all the incredible things nature has to show us.

“Next time you go down to the beach, make an effort to try to find and identify five species of ocean animals or plants.

“If you do this every time you go down to the beach, you'll start to feel a special connection to the ocean and start to see all the magic it has to show us.

“You don't need to be a marine biologist to help educate others about the importance of protecting the oceans.

“We as humans are the custodians and need to do everything possible to ensure we protect it.”

Parasites are small animals that require a host animal in order to complete their life cycle.

Fish flatworms – or flukes – are normally associated with freshwater fish in warm waters.