A RECKLESS student has admitted he was "foolish" in a grovelling apology letter after being fined £10,000 for throwing a house party.

Stuart Hawk, 19, wrote to neighbours yesterday to apologise for a "major lapse of judgement" which led him and the five other housemates to host a 50-person party. 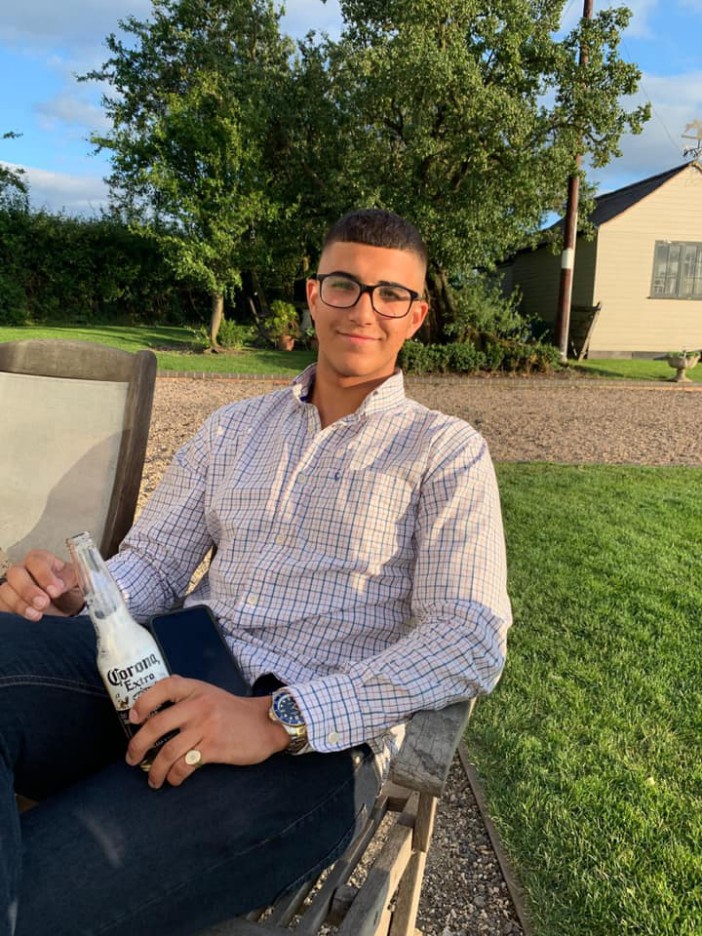 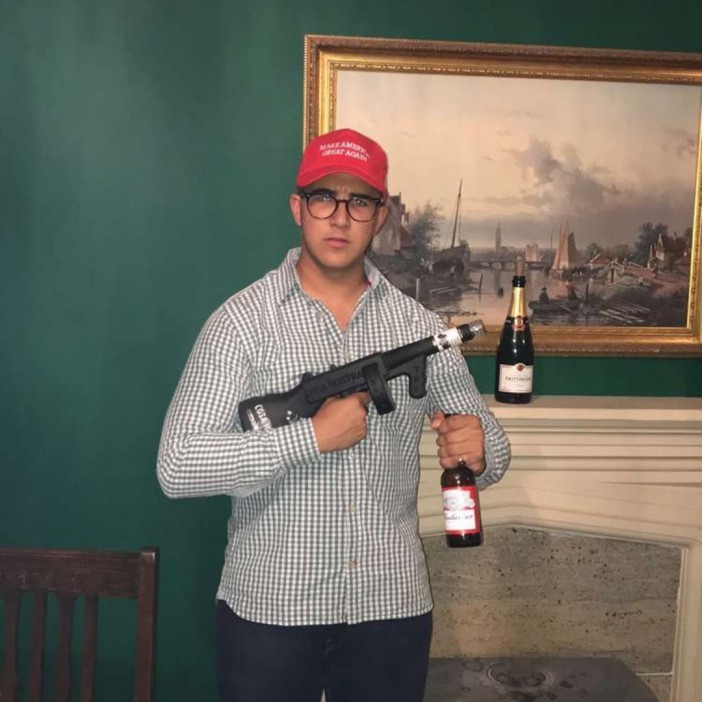 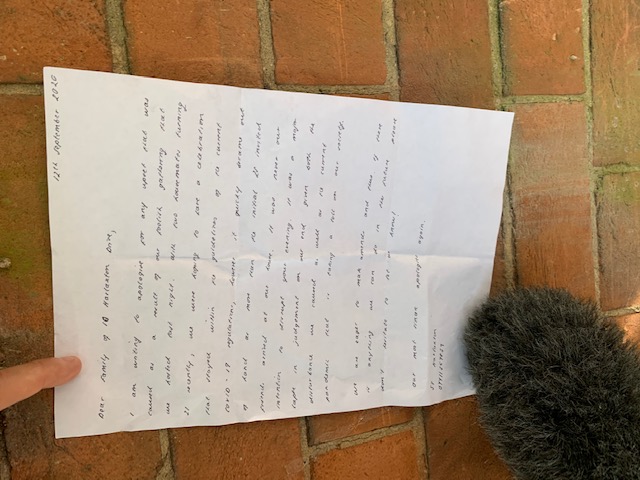 Cops dished the hefty fine for their self-confessed "out of hand" Friday night bash in Lenton, Nottingham, just days before the new "rule of six" comes into play.

He told the MailOnline: "We don't want to talk about what happened. It has all been a big shock. Of course we would all like to apologise to any neighbour who might have been offended."

And in a grovelling letter to neighbours the housemates wrote: "With two housemates turning 21 recently, we were hoping to have a celebration that stayed within the guidelines of the current covid-19 regulations, however it quickly became out of hand as more than the initial 25 invited friends arrived at our house.

"It was never our intention to disrupt your evening. It was a major lapse of judgement on our end given both the disturbance we caused as well as the current pandemic that is taking a toll on our society."

Mr Hawk, a Nottingham University politics student, was today unmasked as a former boarder at the £30,000 per year Bromsgrove School in Worcestershire.

One of the students told the MailOnline that the party was supposed to end at 11pm.

It is thought the fine – which is the maximum financial penalty under new powers introduced last month to crackdown on illegal parties – will be split between the housemates.

I am writing to apologise for any upset that was caused as a result of a foolish gathering that we hosted last night.

With two housemates turning 21 recently, we were hoping to have a celebration that stayed within the guidelines of the current covid-19 regulations, however it quickly became out of hand as more than the initial 25 invited friends arrived at our house.

It was never our intention to disrupt your evening. It was a major lapse of judgement on our end given both the disturbance we caused as well as the current pandemic that is taking a toll on our society.

We are eager to make amends and plus if there is anything we can do in the future please don’t hesitate to let us know!

Our most sincere apologises.

Furious neighbour Kate Loewenthal lashed out at the trouble-makers for thinking "they're young and untouchable", insisting that she warned them several times to keep the noise down.

Ms Loewenthal told The Sun Online: "I received a letter of apology, it was a heartfelt apology and they said they were really sorry for any trouble they had caused and the party had been misjudged.

"It came through  my letterbox on Saturday. I appreciate their effort.

"I don’t want to comment on whether one should be fined £10,000 but they can’t just get away with a warning, it needs to be more significant."

The local residents' association chairwoman, who lives opposite where the rowdy party was, insisted it was not her who called the police – although "thankfully someone else did".

She added: "There were lots of concerns from residents, we’re pleased action was taken, it needed to be sorted. These students need to understand and be punished.

"They are putting other people at harm and at risk and maybe even themselves. It’s a lovely residential neighbourhood and students are lucky to live here.

"We welcome students but they push things to the extreme. At the beginning of lockdown we had another group screeching at the top of their voices till 3-4 in the morning, loud and drunk,  and  keeping everyone awake.

They are putting other people at harm and at risk and maybe even themselves. It’s a lovely residential neighbourhood and students are lucky to live here.

"Our biggest concern is that we have a lot of elderly and vulnerable residents and it would be devastating if they caught the virus. We need to protect our community which includes students."

Assistant chief constable Steve Cooper from Nottinghamshire Police said officers were prepared to use "the full weight of the law" to prevent the spread of Covid-19 across the city and county.

He added: "We need to all remember we are very much still in the middle of a global pandemic and we all need to take responsibility for our actions.

"This party was a clear example of a householder who deliberately flouted the rules without a care for anyone else and as a result we have used the full powers we have to deal with this.

"Under current rules we can issue fines to anyone hosting gatherings of more than 30 people which can result in fines of up to £10,000. 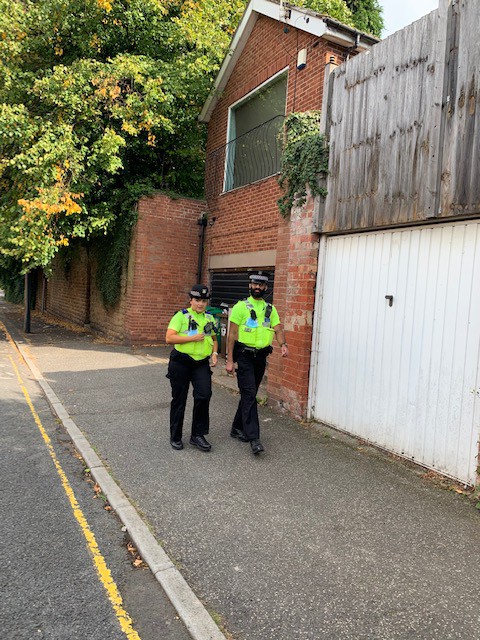 "And now we are on the eve of rules becoming even tighter so there can be gatherings of no more than six."

Blame for a surge in coronavirus cases has increasingly been put on younger people.

This week Health Secretary Matt Hancock pointed the finger at under 25s living in some of the country's richest areas who, he said, were not social distancing.

He told LBC on Monday: "We are seeing problems with social distancing. The rise in cases is largely among younger people, under 25s, especially between 17 and 21.

"The message is that even though you are at lower risk of dying of Covid if you are of that age, you can still have really serious symptoms and consequences.

"Also, you can infect other people."

"Inevitably it leads to older people catching it from them [the young].

"Spreading the disease amongst young people leads to older people getting it.

"It is important for everybody to wash your hands and follow social distancing. It's 'hands, face, space.'"

But critics have hit back arguing that young people cannot shoulder the blame after the Government urged the nation to eat out to help out – a scheme which an Oxford researcher said may be linked to the rise in cases.