But, it appears it’s not one followed by our cousins in America. 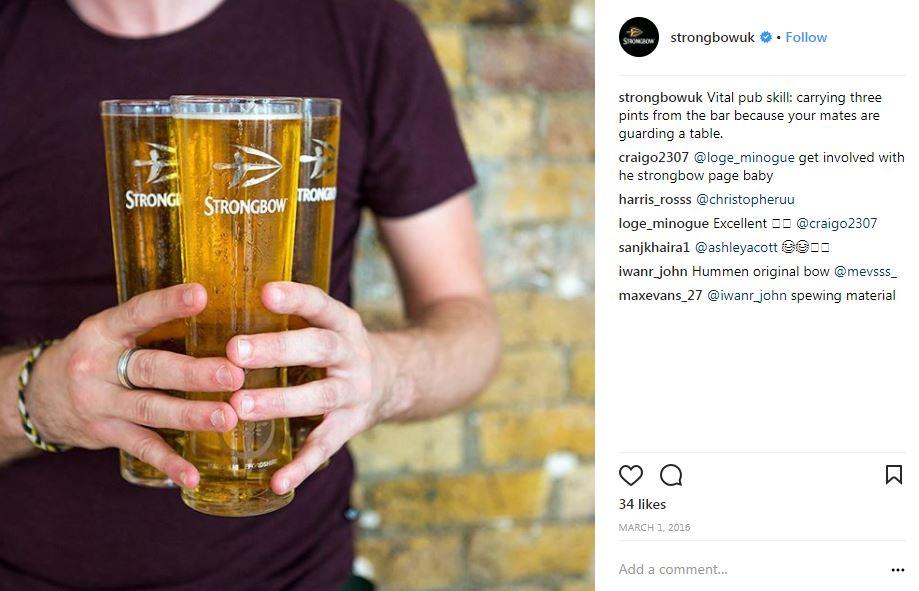 The difference between our approaches to the beverage are laid bare in Strongbow adverts from each side of the pond, which have recently appeared on Instagram.

In Britain a bloke is shown expertly clutching three pints in his hands with the caption: “Vital pub skill: carrying three pints from the bar because your mates are guarding a table”.

An American ad shows women holding dainty glasses in their hands with the caption: “Which flavor matches your outfit? Red Berries, Ginger, Gold Apple or Honey? Let us know in the comments! #CiderFaceOff.”

The contrast was pointed out by Twitter user Jasmine Scott from Brighton. 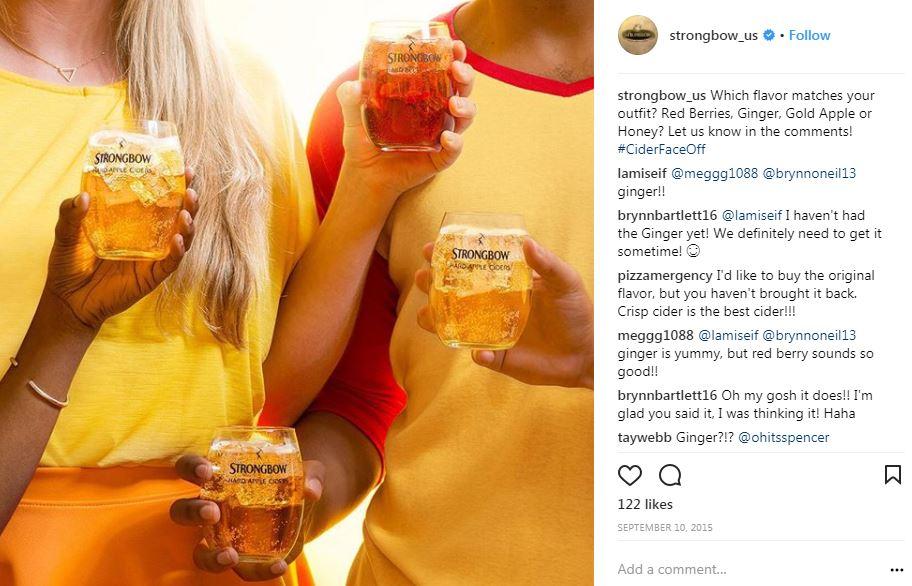 She wrote: “Dying at the difference between Strongbow’s UK and US marketing.”

Her observation was retweeted 1,400 times and received 4,858 likes.

It prompted a flood of comments including: “Superb! UK version: Let’s get bladdered on Cider! Us version: Cider is such a cool drink!”

Another person wrote: “Like it’s some posh drink. Hahahahahah.”

Another commented: “Marketing and Language, tells you a lot about the culture if you pay attention”.

Strongbow UK spokesperson Emma Sherwood-Smith said: "Unlike us, our US friends are not a nation of pint drinkers, but we didn't want them to miss out on the super refreshing taste of the world's most-loved cider which Brits have enjoyed for the last forty years."

It came as Bank Holiday boozers in Britain marked the recent three-day holiday by hitting the pubs and clubs across the country.

And it follows new research that says boozing could help prolong your life.

Researchers at the University of Texas found abstaining from alcohol increases your risk of dying, even when you exclude former problem drinkers.

And abstainers' (defined in the study as people who were not current drinkers, regardless of their past drinking status) mortality rates are higher than those of heavy drinkers.