It was a trip last September to show off the new baby with a family christening in India before returning home to Australia in April. Now Juna Devasia and 11-month-old Tessa look unlikely to make it back to be reunited with dad for her first birthday at the end of the month.

Juna Devasia and baby Tessa, 11 months, are stranded in India.

They are personification of the cap on Australians allowed to return home with thousands stuck overseas facing inflated air fares and dismissing government offers of one-off loans to assist with living expenses.

The new mother, a software engineer, has been stranded in the southern state of Kerala and says she is desperate to come home. "I came to India with my baby and was planning to travel back in April," she said. "On March 20 there was a call back for all stranded Australians to return. Unfortunately, I was not able to get a ticket back to Australia as all flights were fully booked.

"I have since been waiting for a flight to be reunited with my husband. Our baby is now nearing her birthday this month which we are still hoping to celebrate as a family together."

Husband Roby Varghese returned to Melbourne in February to his job as a nurse unit manager in an aged care home. "She's doing the best she can, my family are supporting her, but it's very hard," he said.

"There are capped seats to all locations, something like 30 seats per flight from Delhi. As soon as the tickets open they are gone … mostly at a very high price.

"Juna is desperately wanting to get back here. She says Tessa is missing me. If they increase the cap and she happens to fly by September 14, after two weeks quarantine I could see my daughter by her birthday." 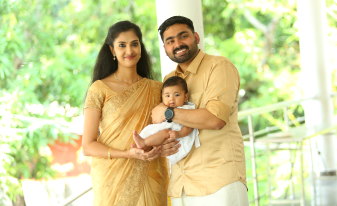 National cabinet has set a 4000 person-a-week cap on returning travellers. Yet last month it was revealed at times 1000 fewer Australians were arriving home a week than allowed. On August 21, national cabinet reaffirmed the quarantine caps until October 24.

Prime Minister Scott Morrison has previously said he hoped there would be room to lift the caps.

Laura Staples travelled to New Zealand in March to visit her mother Liz Davis who was diagnosed with incurable cancer. She got engaged to partner Adam Dannatt while there but they are stranded and have had five flights cancelled.

"As mum was very unwell and had just undergone a hip replacement we were not in a position to board a flight immediately," Ms Staples said.

"I have written to every MP and government department to fight the ridiculous incoming arrival caps and closure of Melbourne airport all to no avail. The federal government has failed us all." 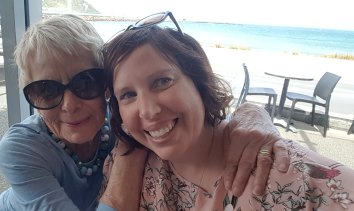 Danial Frater from Rockingham, Western Australia was hoping to fly home from Vancouver in Canada on Saturday but said his flight was canned.

"I am trying to get home," he said. "I don't have a job or any steady accommodation. I'm staying in a hostel. 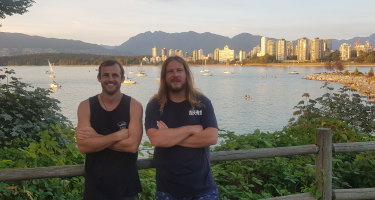 "I am sitting here trying to figure out what to do. All the while my funds have started to diminish and I have only got three months left on my visa.

His friend George Miller said his flight is rescheduled to December 6. "I have no work, living in a hostel and nowhere to go," he said. "I see they offered a loan to assist but I don't want to go into any more debt. I just wanna come home."

Get our Coronavirus Update newsletter for the day’s crucial developments and the numbers you need to know. Sign up to The Sydney Morning Herald’s newsletter here and The Age’s here.