A stowaway lizard has been rescued after it hid in a suitcase and flew 4,500 miles from sunny Florida to the chilly north east of England.

Returning holidaymaker Rachel Bond thought her 84-year-old mother was seeing things when she spotted the reptile scuttling around her home in Whitley Bay, North Tyneside.

The green anole lizard, a harmless tree-dweller native to the US, was found on Thursday, just a day before Storm Arwen brought weather chaos to Scotland and the north of England.

Ms Bond, 54, had unpacked after a trip to Orlando when her mother Margaret Crossland noticed the creature and shouted: ‘There is a lizard on my bedroom door.’

Ms Bond said: ‘I wasn’t sure if it was her age that had caught up with her, but when I went upstairs she was adamant that she had seen the reptile go into her room. 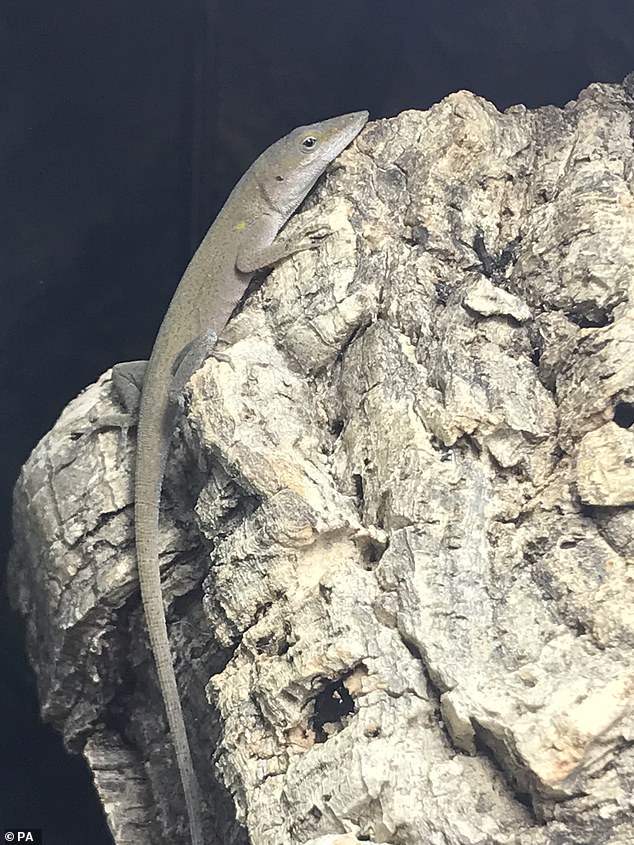 This stowaway lizard flew 4,500 miles from Orlando, Florida to Whitley Bay on North Tyneside after hiding in a suitcase owned by holiday maker Rachel Bond 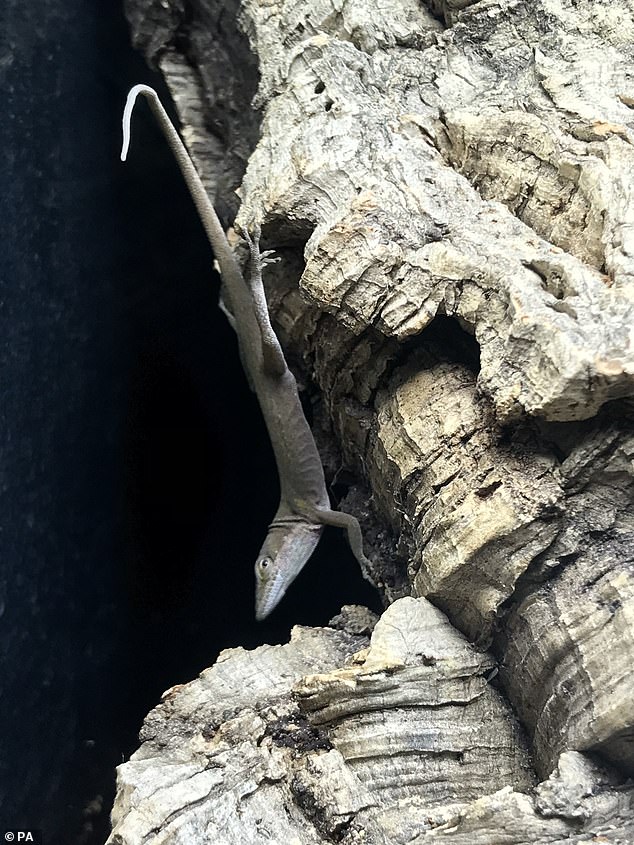 Ms Bond’s mother Margaret Crossland noticed the creature and shouted: ‘There is a lizard on my bedroom door’ 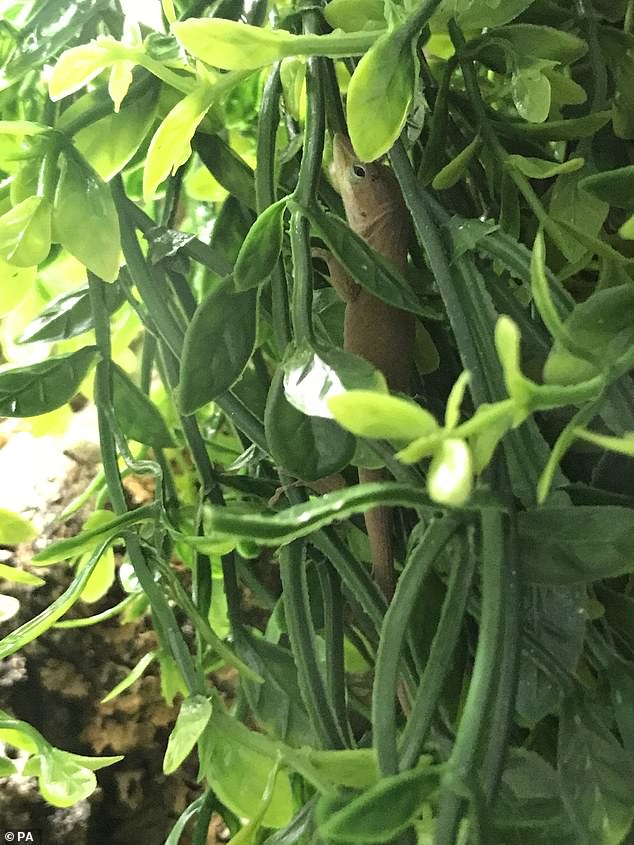 ‘We had a good look around and then we found it under the pillow on her bed.

‘I think she was very relieved she didn’t wake up in the night with it on her face – that would have been quite a shocker.

‘It is quite remarkable that the lizard managed to travel all that way unharmed – but I do feel sorry for him, after enjoying such nice warm weather he ended up in Whitley Bay in winter.’

She thought about keeping the lizard as a pet but called the RSPCA as she realised it needed specialist care.

Inspector Lucy Green said the lizard needed warming up but he was doing well in the care of a reptile expert.

She said: ‘It is amazing to think he has survived such an incredible journey. He is certainly a very lucky lizard.’

The RSPCA said it was unlikely they would return accidental stowaways to their native country, so they are routinely rehomed to specialist keepers, zoos or wildlife parks. 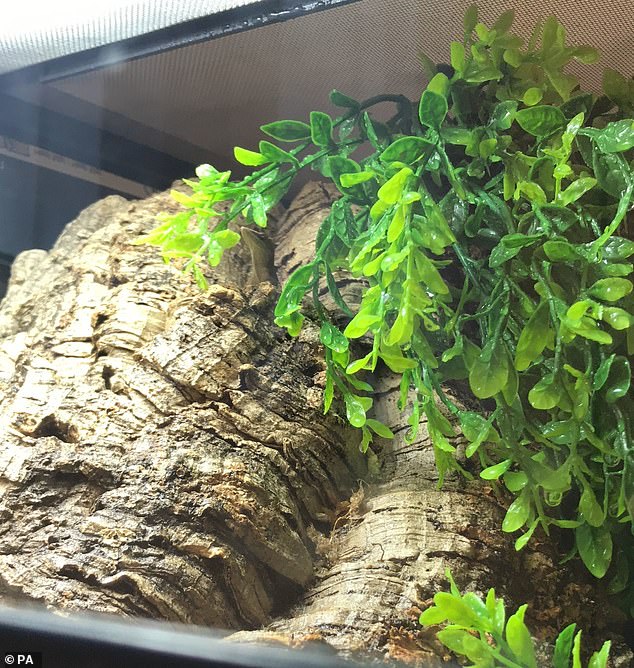 RSPCA inspector Lucy Green said: ‘It is amazing to think he has survived such an incredible journey. He is certainly a very lucky lizard’