Stormzy has told Eamonn Holmes to ‘get the f*** out of here’ after the This Morning host called Meghan Markle ‘uppity’.

The Grime star came to the defence of the Duchess of Sussex, as the row of the nature of criticism against her escalates – with some pundits saying media coverage of Meghan has been racist.

Speaking to radio station Hot 97, Stormzy said: ‘This whole royal family thing, I had no idea it was so deep. 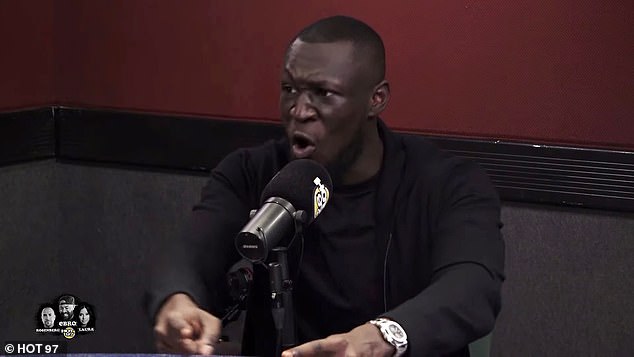 Speaking to radio station Hot 97, Stormzy has slammed Eamonn Holmes after his comments about Meghan Markle

‘She does her thing, I ain’t heard her say nothing crazy, and they just hate her.’

The 26-year-old rapper then directly reference comments previously made by This Morning presenter Eamonn Holmes, who had called her ‘uppity’, and then in a further tirade ‘manipulative’, ‘awful’ and ‘spoilt’.

He said: ‘Bro, she’s black, that’s who you’re talking about.’ 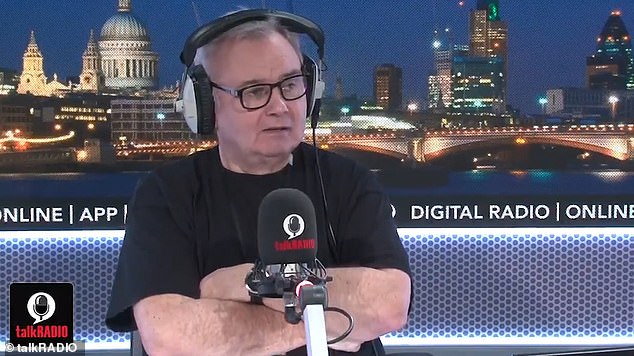 This Morning presenter Eamonn Holmes previously called Meghan ‘uppity’, and then in a later  tirade said she was ‘manipulative’, ‘awful’ and ‘spoilt’

He continued: ‘If I told someone write a list as to why you hate Meghan Markle, the list is rubbish.

‘There’s nothing credible to it but there’s an obsession with the Royal Family.’

The Blinded by Your Grace hitmaker has previously spoken out about racism in the UK. 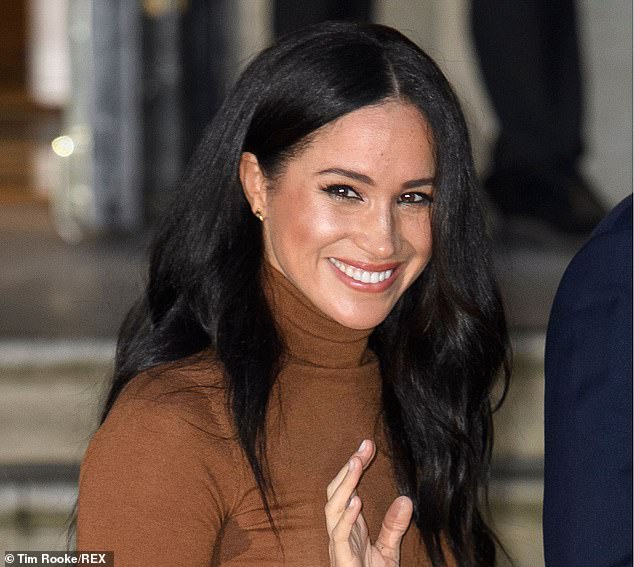 There has been an ongoing row about the nature of media criticism of Meghan Markle, with some critics describing it as racist

The rapper previously suggested he would find accepting an MBE or OBE uncomfortable because of Britain’s ‘dark’ colonial legacy.

He has also been critical of Prime Minister Boris Johnson and the content of his journalism before he entered politics.

‘If that is our figurehead, the top man, the leader we have to follow and he openly says these things, he encourages hate.’