New York: The adult film actress Stormy Daniels on Monday filed a lawsuit accusing US President Donald Trump of defamation for a tweet suggesting she made up an incident where she said she was warned not to discuss an alleged sexual encounter with Trump.

Daniels, whose real name is Stephanie Clifford, sued over an April 18 tweet in which Trump suggested she lied about the existence of a man portrayed in a sketch she released a day earlier. 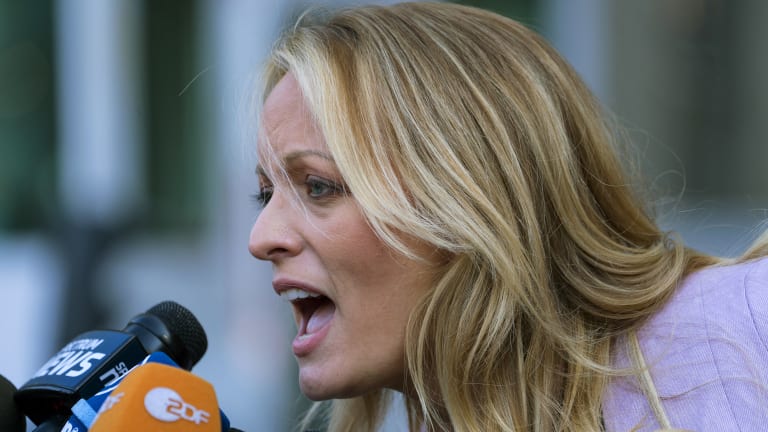 The sketch depicted a man Daniels described as having threatened her in a Las Vegas parking lot in 2011. She offered a $US100,000 reward for information about him.

"A sketch years later about a nonexistent man," Trump wrote. "A total con job, playing the Fake News Media for Fools (but they know it)!"

The lawsuit adds a new complication to litigation involving Trump and his personal lawyer Michael Cohen, who paid Daniels $US130,000 just before the 2016 US presidential election to keep quiet about her alleged relationship with Trump. 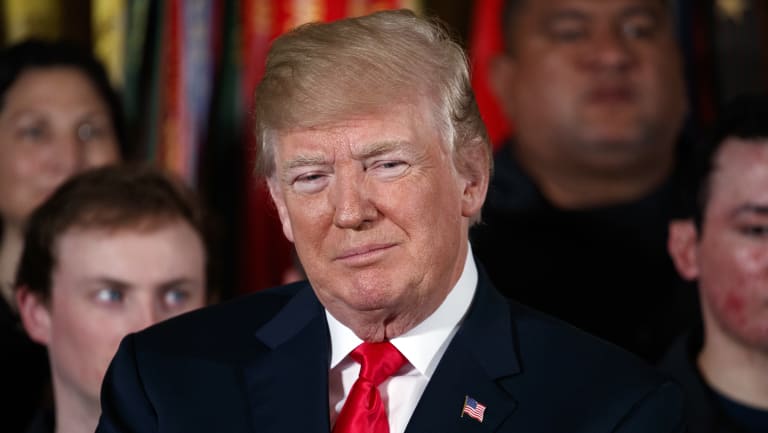 On Friday, a Los Angeles judge put Daniels' lawsuit to end that agreement on hold for 90 days, saying it might threaten Cohen's constitutional right against self-incrimination.

Cohen faces a criminal probe into his business affairs by federal prosecutors in Manhattan. He has said the $US130,000 payment was legal.

Daniels has also accused Cohen of defamation over a separate statement he made in February.

In accusing Trump of defamation, Daniels said the president knew his April 18 tweet was false or made it with reckless disregard for its truth, and falsely accused her of making up the assailant.

"By calling the incident a 'con job' Mr Trump's statement would be understood to state that Ms Clifford was fabricating the crime and the existence of the assailant, both of which are prohibited under New York law," Daniels said.