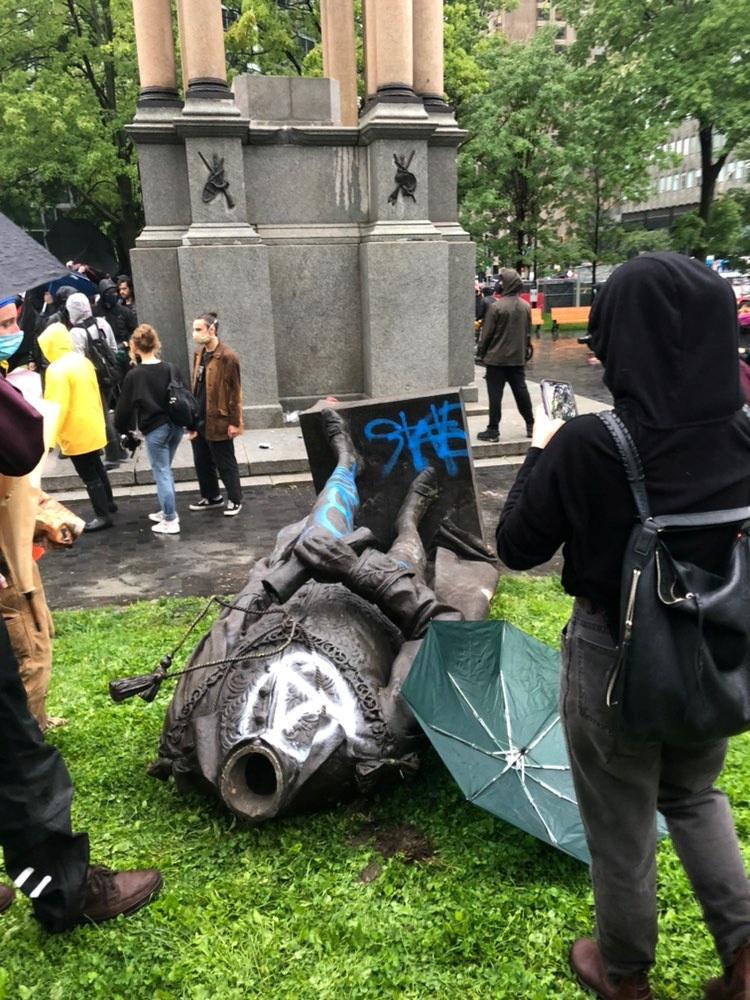 The incident occurred at the end of a peaceful march on Saturday when a group of people climbed the monument and pulled down the statue, causing the head to fly off, according to video posted on social media.

Calls to defund the police have been growing across the United States and Canada, after a spate of violent incidents involving police. The death of George Floyd, a Black man, while in the custody of Minneapolis police in May sparked global protests about racial inequality and police brutality, and renewed pledges from some to fight racism.

In June, a video showing a forceful arrest of a Canadian indigenous leader by the Royal Canadian Mounted Police raised questions about the use of force by the police.

The statue of Macdonald has been the site of repeated acts of graffiti in recent years, and it has often been covered in red paint.

“Whatever one might think of John A. Macdonald, destroying a monument in this way is unacceptable,” Quebec Premier François Legault said in a tweet. “We must fight racism, but destroying parts of our history is not the solution.”

Newly elected leader of Canada’s main opposition Conservative Party, Erin O’Toole, said, “We will not build a better future by defacing our past.”