A DESPERATE dog was so hungry after being chained in a yard with no food that she chewed her own LEG off, it's believed. 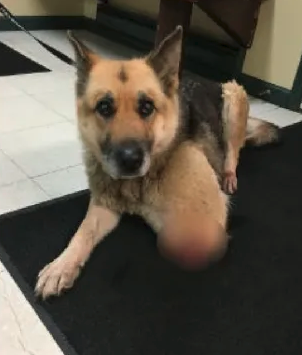 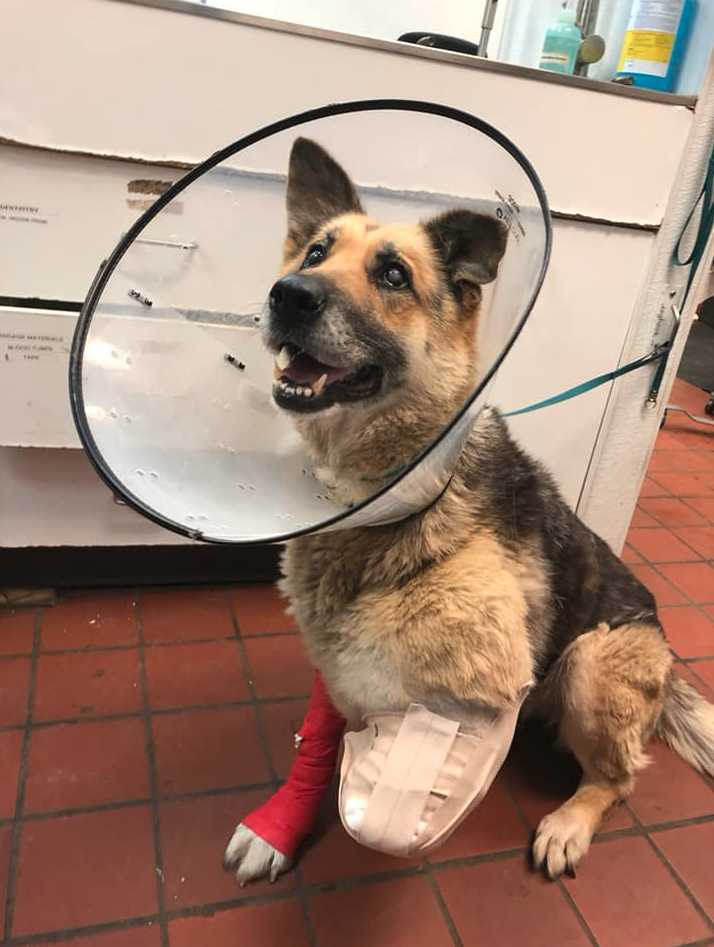 Vets who tended to the desperate animal after she was found without her front left leg found bones in her stomach.

The pet's alleged cruel owner has since been arrested on suspicion of animal abuse, News 10 reports.

Carl Pritchard, 59, was later charged with overdriving, torturing and injuring animals as well as failure to provide appropriate shelter for dogs left outdoors.

UPS driver Mark McGee, who discovered the distressed dog, has since been hailed a hero and described the shocking scenes.

He said: "I did a double take. I’m like you’ve got to be kidding me. I knock on the door, nobody answered.

Mark added that if he had not have been making a delivery to the home he would not have spotted Zoe from the road.

Executive Director of the Susquehanna SPCA Stacie Haynes said the pet would have suffered a very painful death if she wasn't found.

After being rushed to a veterinary hospital more was discovered about Zoe's horrific wound.

Stacie said: "The x-rays showed bones in her stomach and that’s why we can safely assume that she ate her leg.”

The dog was also determined to have a number of other untreated conditions and allegedly had been left chained-up for several days.

Her rescuer also told vets about an unusual swelling on her shoulder that he had not seen during previous visits.

Stacie said: “Initially they thought the swelling was cancer and maybe she had bone cancer and that’s why she gnawed her leg off because she was in so much pain."

But tests would reveal that it was actually a fatty tissue, which was wrapped around her shoulder, chest and arteries.

The nine-year-old dog desperately need surgery to remove it but it was feared she wouldn't survive due to being nine-years-old and her fragile condition.

Despite having a low estimated chance of survival Zoe miraculously survived the operation.

The next 24 hours are said to be critical for the dog but it's hoped she will recover and soon after will be put up for adoption.

Her owner Pritchard, who has surrendered ownership of this dog, will appear in court on December 4.