Spanish tourism officials have already confirmed their commitment to the introduction of Covid immunity passports that would enable Brits to resume their historic love affair with the Costas. Whitehall sources have said the prospect of foreign trips this summer is looking “increasingly positive.” Foreign Office minister James Cleverly confirmed talks with “international partners” on the issue of vaccine passports were ongoing in a recent BBC Breakfast interview although he stopped short of giving any guarantees on foreign travel this summer.

Today it emerged British favourites like Magaluf in Majorca and San Antonio in Ibiza could get the go-ahead to open up to International tourism if agreement on a Covid vaccine passport is reached.

The Balearic Islands were chosen last year to trial a pilot scheme involving thousands of German tourists which started a week before Spain officially re-opened its borders to foreign holidaymakers in June following a three-month shutdown.

The islands’ tourism minister Iago Negueruela, who attended the Madrid meeting with the region’s president Francina Armengol, said yesterday/on Saturday: “We have offered to become one of the first parts of Spain where the vaccine passport is trialled.

“We showed with last year’s pilot that we can work effectively and the Spanish government’s response to our proposal was very positive.

“We will focus our efforts from now on in becoming a lead region in the implementation of immunity certificates to facilitate mobility.” 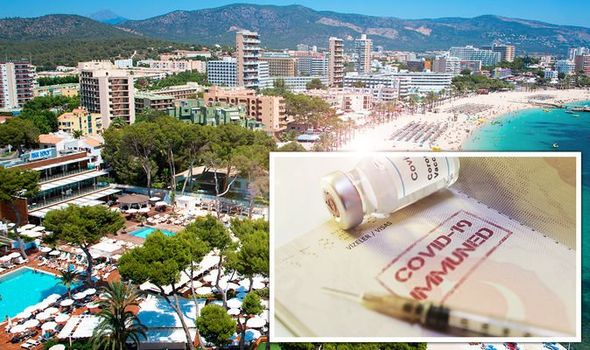 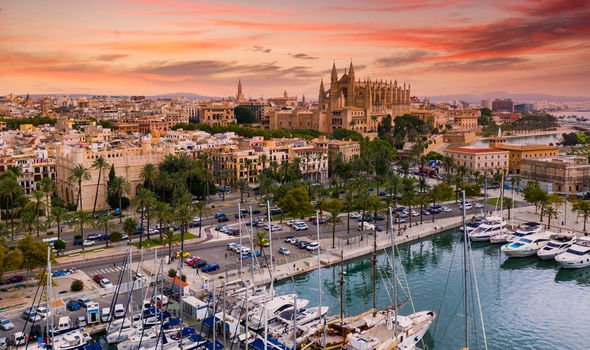 The Balearics’ push for the return of British tourists came less than a week after Spain’s Secretary of State for Tourism told Brits: “We’re looking forward to welcoming you again.”

Francisco Valdes said: “The UK is among the countries with the highest vaccination rates in the world and we aim to have at least 70 per cent of our adult population immune by summer so I’d say to British people, ‘Keep open your expectations regarding holidays in Spain. We’re looking forward to welcoming you again.’”

The Spanish government has made no secret of its hopes that vaccine passports will help to revive summer tourism and confirmed it is working on the issue.

Mr Valdes insisted last week Spain was on track with its plans for recovery, boasting: “Our Health Ministry is certain that in summer 70 per cent of the Spanish population will be vaccinated.

“I think this year is going to be the year in which we see light and we make good on the theory that this will also be the year of reactivation.

“It’s going to be the moment we recover mobility and go on to re-establish the connection with our main foreign tourism markets.”