Baikonur, Kazakhstan: Booster rockets carrying a Soyuz spacecraft with a Russian and a US astronaut on board headed for the International Space Station have failed mid-air, forcing the crew to make an emergency landing, Russian news agencies report. 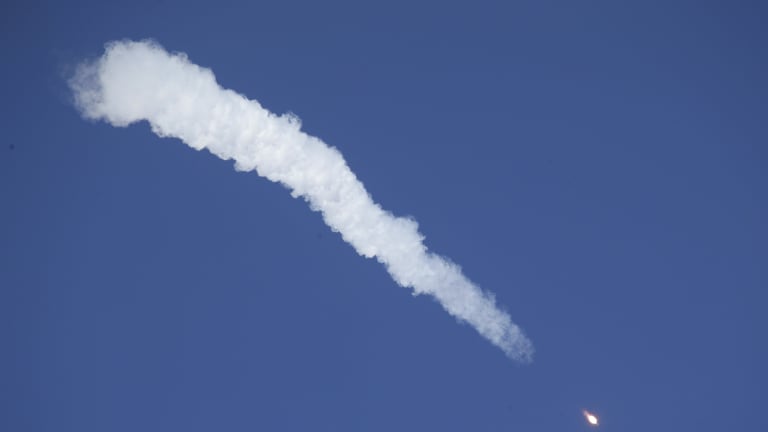 The rocket was launched from the Soviet-era cosmodrome in Baikonur, Kazakhstan.Credit:AP

Agencies cited sources as saying that the crew was safe and was making an emergency landing in Kazakhstan where Thursday's unsuccessful launch took place.

The rocket was carrying US astronaut Nick Hague and Russian cosmonaut Alexei Ovchinin. Footage from inside the Soyuz showed the two men being shaken around at the moment the failure occurred, with their arms and legs flailing.

The rocket was launched from the Soviet-era cosmodrome in Baikonur, Kazakhstan.

A Reuters reporter who observed the launch from around a kilometre away said it had gone smoothly in its initial stages and that the failure of the booster rockets must have occurred at higher altitude.

Russian news agencies reported the crew had safely made an emergency landing and were in radio contact and that rescuers were en route to pick them up.

"Search and rescue teams are in the air and heading towards the expected touchdown location for the Soyuz spacecraft returning to Earth carrying two crew members," NASA said in a statement.