SouthYork the sequel: Fourteen years after oligarch paid £3m over the asking price for Prince Andrew’s marital home and razed it to the ground, an ultra-modern mega-mansion is born

When Prince Andrew’s former marital home was razed six years ago by its new owner, few design connoisseurs would have lamented its loss.

Sunninghill Park had been compared to both a Tesco superstore and Southfork Ranch, JR’s vulgar pile in Dallas, and it had gone to wrack and ruin after lying empty for eight years.

Now its sprawling replacement is nearing completion at long last – and while the jury is out on whether it is any easier on the eye, its luxurious and ultra-modern credentials can’t be denied. 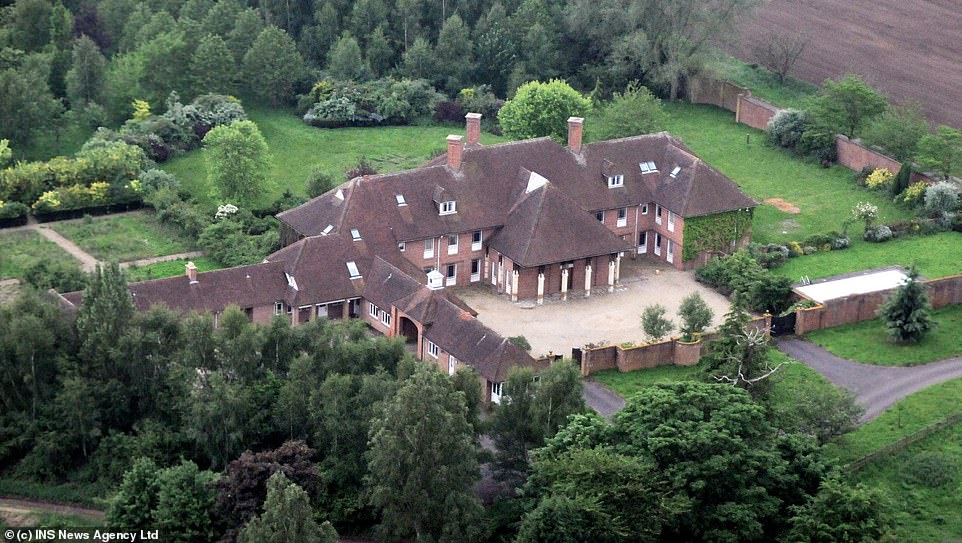 Then: Sunninghill House, on the edge of Windsor Great Park near to Ascot, which was sold by Prince Andrew in 2007 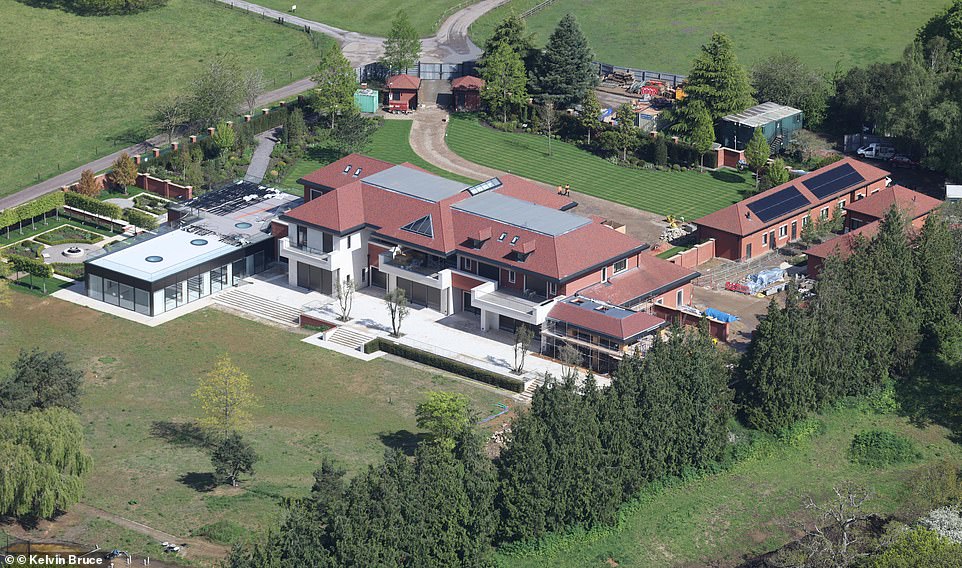 Now: Sunninghill Park’s sprawling replacement is nearing completion at long last – and while the jury is out on whether it is any easier on the eye, its luxurious and ultra-modern credentials can’t be denied

Timur Kulibayev, son-in-law of the former president of Kazakhstan, Nursultan Nazarbayev, bought Sunninghill Park in Ascot, Berkshire, in 2007 for £15million.

Curiously he paid £3million more than the asking price, even though the property had been on the market for five years.

It was later reported that the Duke of York had been acting as a fixer in Mr Kulibayev’s business deals. Andrew – who is close to the tycoon’s father-in-law, enjoying goose-hunting trips with him – denied any impropriety.

The oil and gas tycoon left the house, which was only about 30 years old, empty and it fell into disrepair.

Demolition work began in 2015 after bats that had been roosting in the roof were found a new home, and planning permission for a new property was granted. 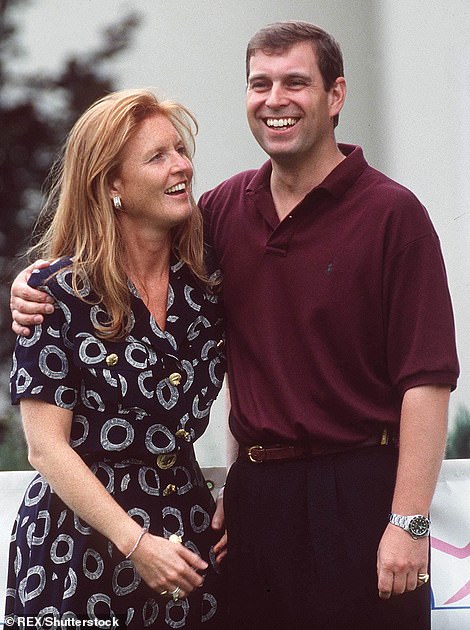 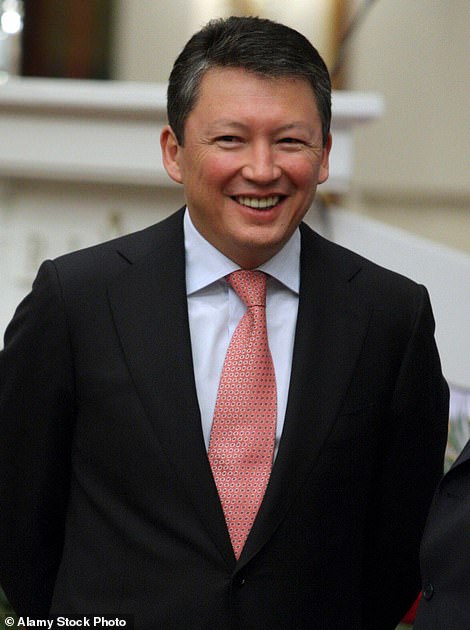 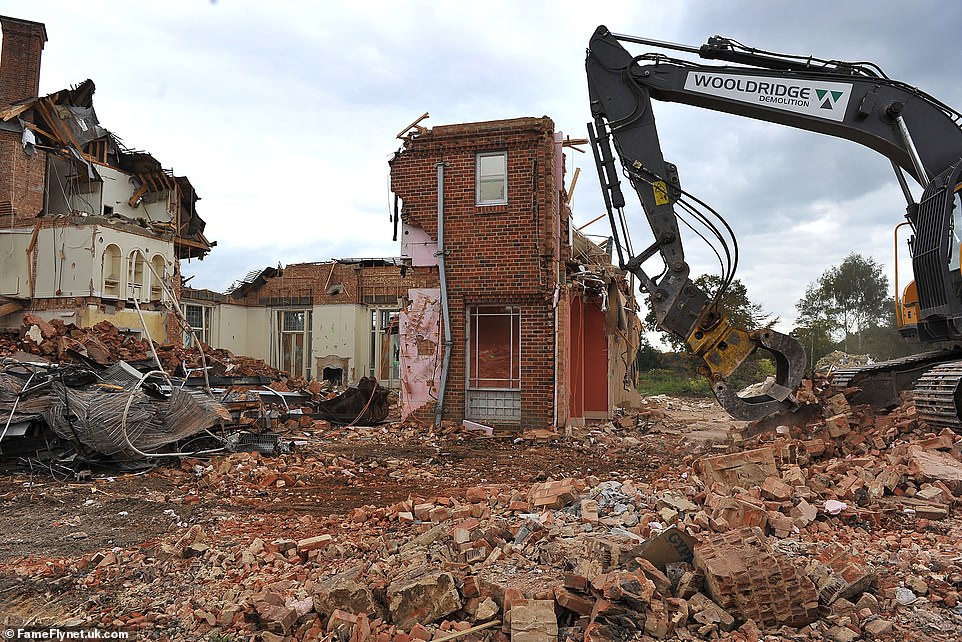 Demolition work began in 2015 after bats that had been roosting in the roof were found a new home, and planning permission for a new property was granted

This is the first time a photo of the apparently completed rear exterior has been seen.

The main building is brick with stone cladding to create ‘a modern interpretation of a county house’, according to planning documents.

There is also a huge split-level terrace for entertaining, a sun deck, fountain, children’s play area, as well as a walled kitchen garden.

Further afield there are tennis courts, while outbuildings include a four-vehicle garage, guardhouses at the entrance and staff quarters.

Architects HOK, behind the BBC’s New Broadcasting House in central London, are reportedly the designers.

Inside, the luxury continues. On the ground floor there is a gym with steam, ice and sauna rooms, a games room, library and guest bedroom.

The upstairs is split into a children’s wing, where there are two en-suite bedrooms and another for a nanny, and an adult wing, with two grand master bedrooms, plus dressing rooms and a living room.

The previous house, which had 12 bedrooms, was a gift from the Queen to Andrew and Sarah Ferguson after they married in 1986, and they moved in to the new-build in 1990.

It was nicknamed SouthYork after the ranch in the 1980s TV show Dallas. The couple’s marriage ended in 1996 and the house was put on the market for £12million in 2002.

Andrew moved to Royal Lodge in Windsor Great Park two years later, while Sarah and daughters Beatrice and Eugenie stayed on at Sunninghill until 2006.

It is not known if Mr Kulibayev intends to move into his new house, sell or rent it.