South Korean and US warplanes have conducted bombing drills in a warning to Kim Jong-un after North Korea test-fired a ballistic missile over Japan for the first time in five years. The allies sent out warplanes to practise bombing a target in the Yellow Sea and Japan as tensions continue to build in the area.

A South Korean air force F-15K jet dropped a pair of guided bombs on a target off its west coast, in what South Korea’s military called a demonstration of precision strike capability against the source of North Korean provocations.

The show of strength comes after the hermit state fired the missile, with an estimated 2,850 mile range and a maximum altitude of about 1,000 km.

The missile fired on Thursday was the first to fly over Japan in five years, prompting a warning for residents to take cover and a temporary suspension of train operations in northern areas of the country.

It was the longest travelled by a North Korean test missile, which are usually “lofted” high into space to avoid flying over neighbouring countries. 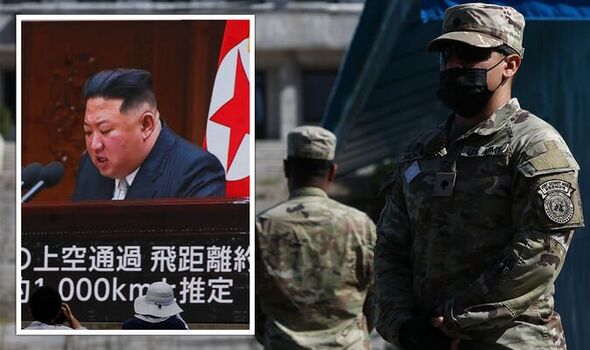 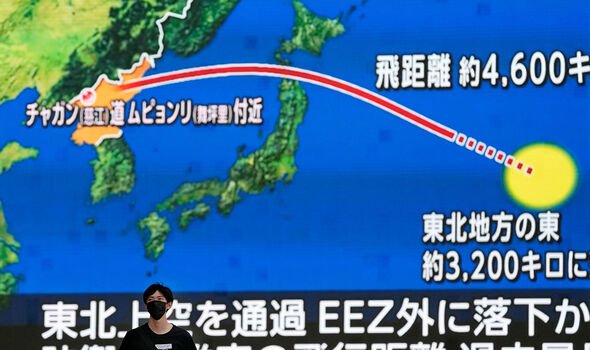 Japan said it took no steps to shoot the missile down but Defence Minister Yasukazu Hamada said it would not rule out any options, including counterattack capabilities, as it looks to strengthen its defences in the face of repeated missile launches from North Korea.

South Korea also said it would boost its military and increase allied cooperation.

While, the US strongly condemned North Korea’s “dangerous and reckless” launch. 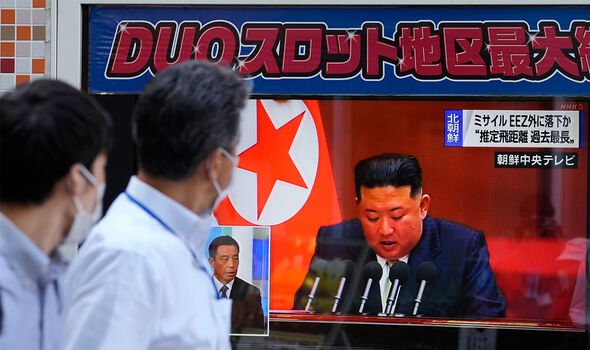 US Secretary of State Antony Blinken also held phone calls with his South Korean and Japanese counterparts during which they “strongly condemned” the test.

It is the latest in an escalating cycle of muscle flexing in the region after a US aircraft carrier made a port call in South Korea for the first time since 2018 on September 23.

While Kim Jong-un’s state has conducted five launches in the last 10 days. 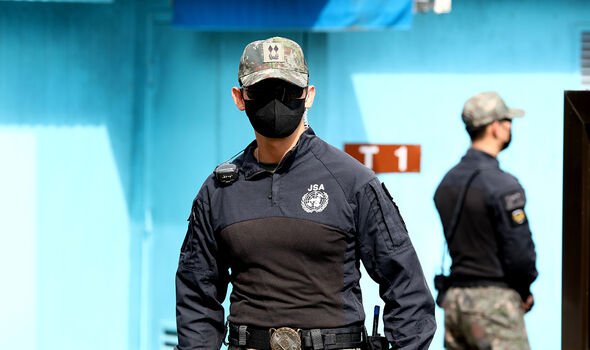 The period has also seen joint drills by the US, South Korea and Japan, and a visit to the region by US Vice President Kamala Harris, who stood at the fortified border between the Koreas and accused the North of undermining security.

But North Korea has accused the US and its allies of threatening it with exercises and defence buildups.

Recent tests have drawn relatively muted responses from Washington, which is focused on the war in Ukraine as well as other domestic and foreign crises, but the US military has stepped up displays of force in the region.

The hermit state has launched several recent tests from there, including multiple missiles that it said were “hypersonic”. 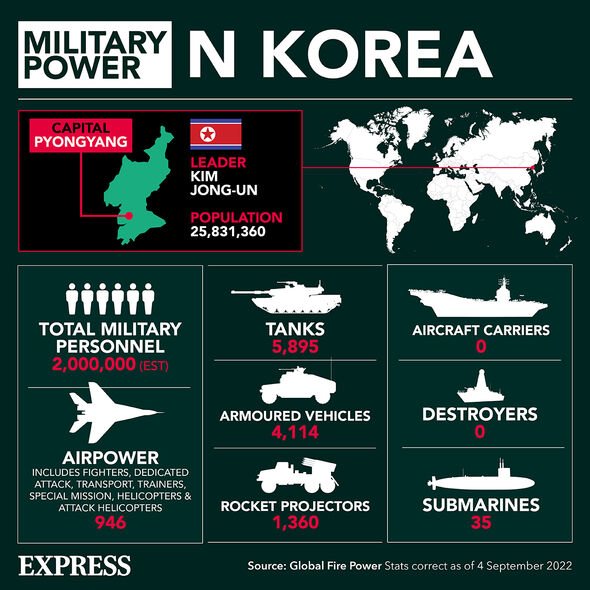 Kim Dong-yup, a former South Korea Navy officer who teaches at Kyungnam University, said the initial details suggested the missile may have been the Hwasong-12 IRBM, which North Korea unveiled in 2017 as part of what it said was a plan to strike US military bases in Guam.

The Hwasong-12 was used in 2017 tests that overflew Japan, and Kim noted it was also test fired from Jagang in January.

He said: “Compared to the usual highly lofted trajectory, this allows them to expose a long-range reentry vehicle to thermal loads and atmospheric reentry stresses that are more representative of the conditions they’d endure in real-world use.” 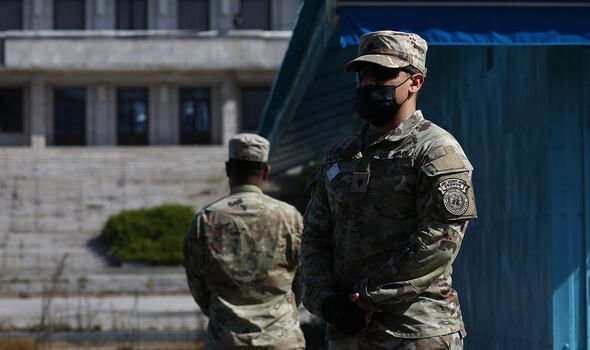 South Korean President Yoon Suk-yeol called the test “reckless” and said it would bring a decisive response from his country, its allies and the international community.

South Korea’s defence minister, Lee Jong-sup, told parliament the North had completed preparations for a nuclear test and he said if there was a test, it could use a smaller weapon meant for operational use, or a device with a higher yield than in previous tests.

Lee said it was difficult to predict when North Korea would conduct its seventh nuclear test, but politicians briefed by intelligence officials last week said a window could be between China’s Communist Party Congress this month and US mid-term elections in November.