RESIDENTS say they could hear screams as a double-decker bus overturned on an icy road this morning.

Emergency services raced to the scene in Bridgwater, Somerset, at around 6am following reports of a crash. 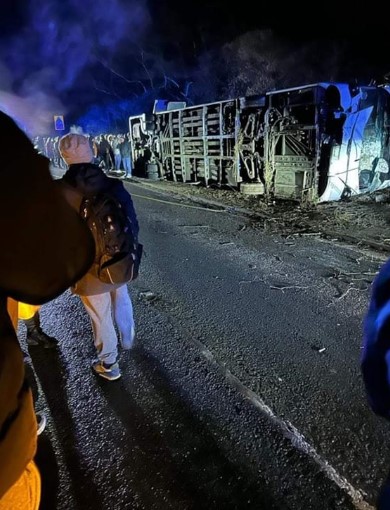 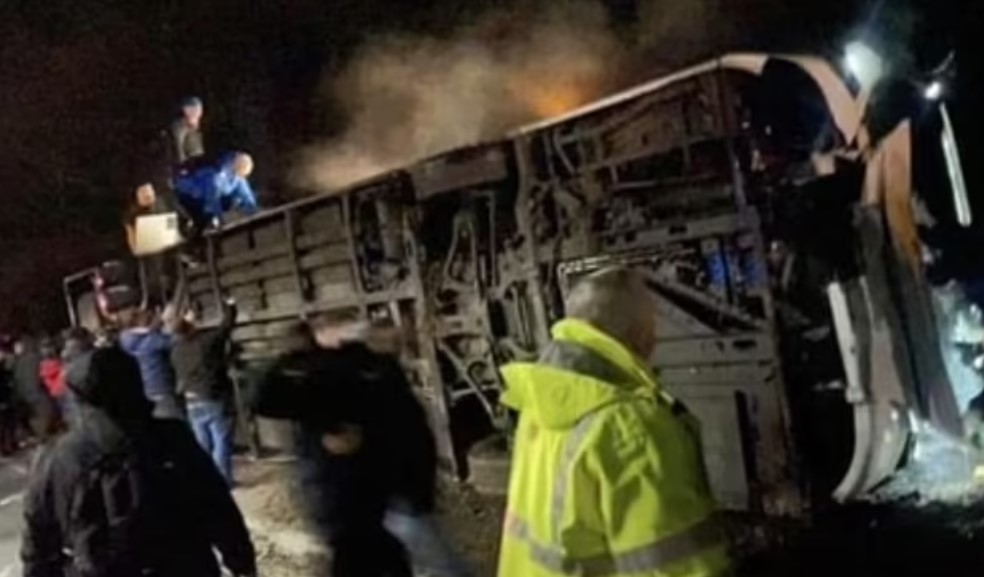 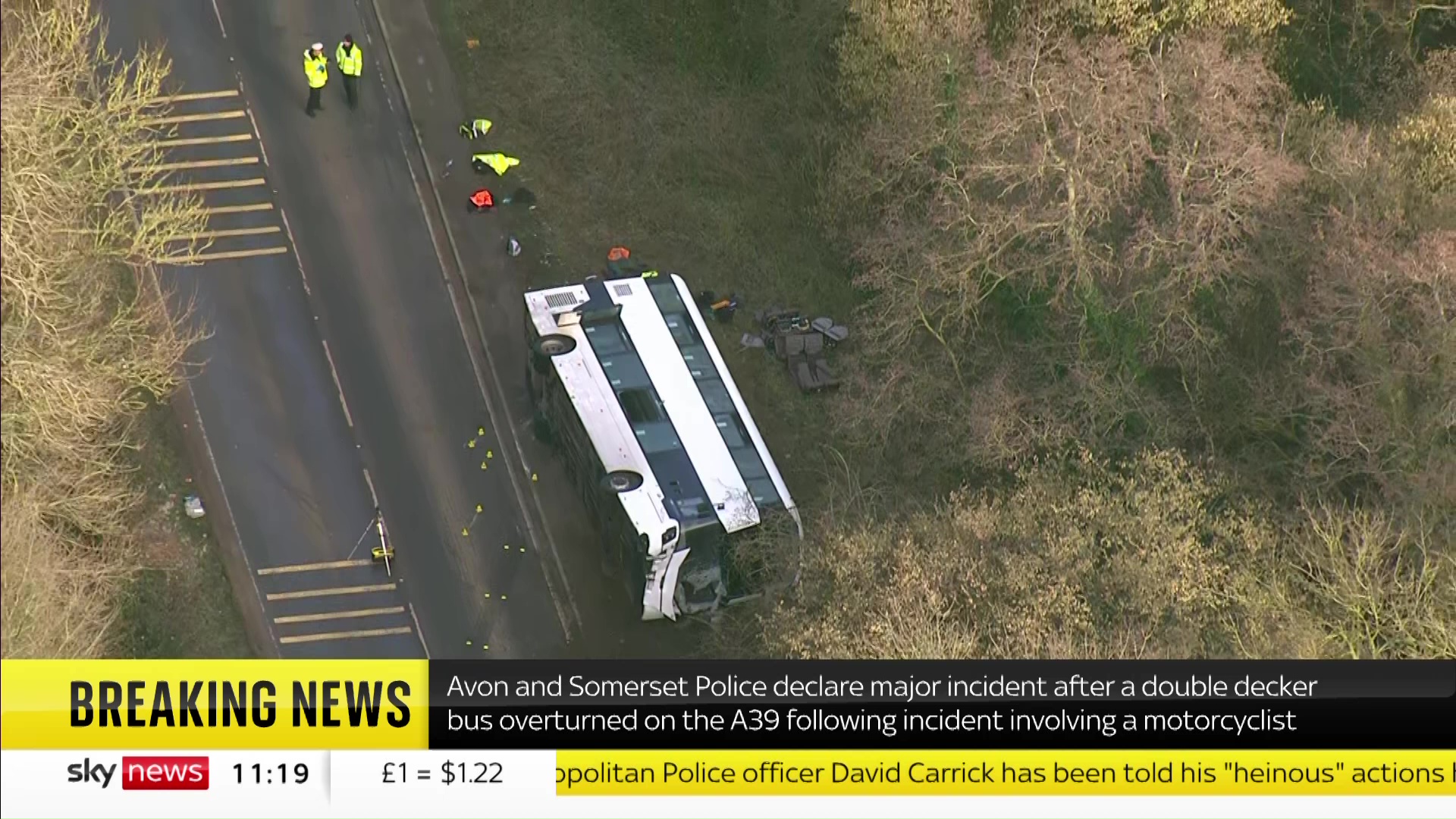 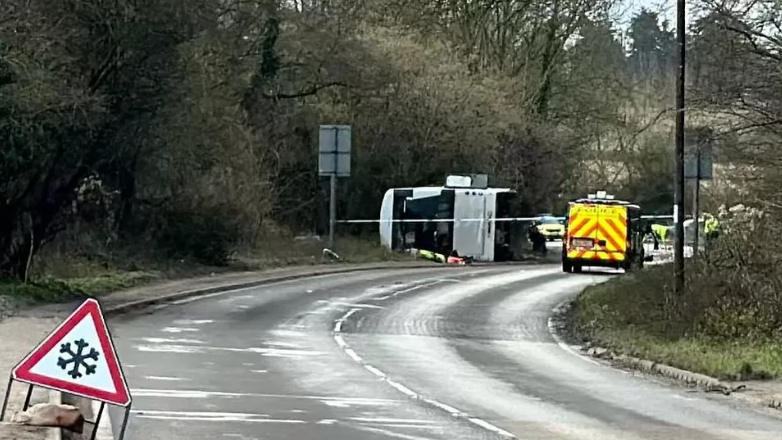 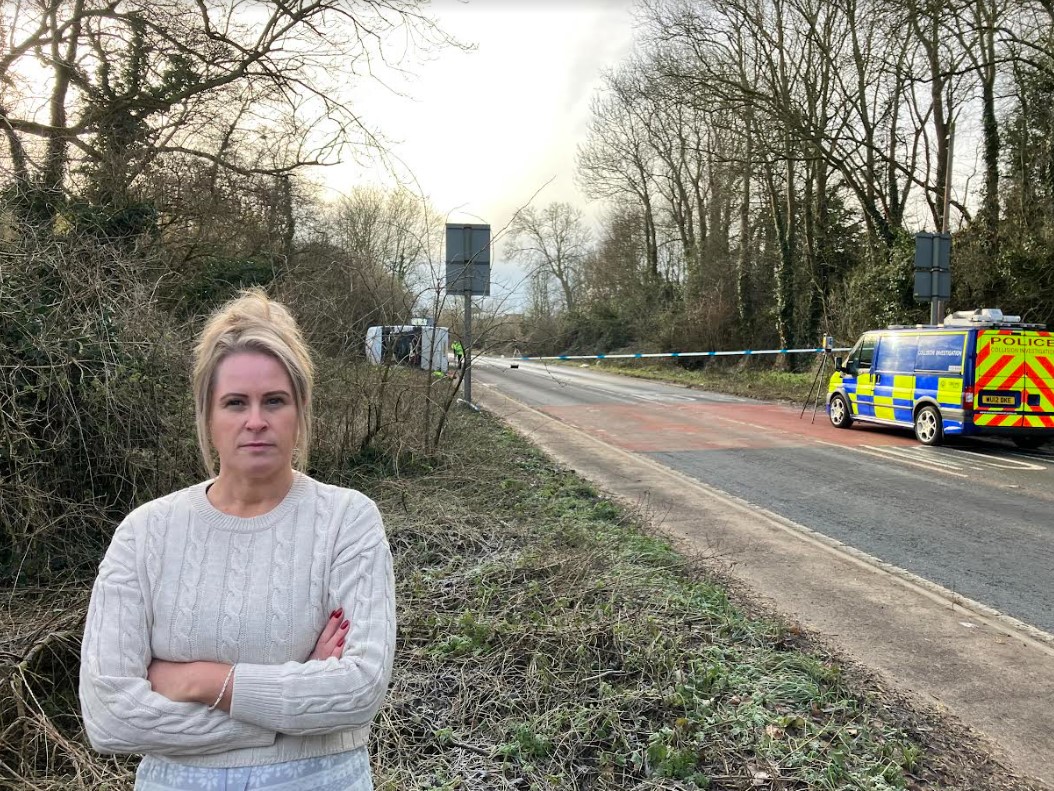 Somerset Passenger Solutions, which operates the bus, said there were no fatalities but confirmed some passengers had been rushed to hospital.

Police later confirmed 54 people were triaged at the scene, with a further 26 were described as "walking wounded".

It is too early to confirm if their injuries are life-threatening.

A horror video has revealed the moment trapped passengers, who were travelling to Hinkley Point C nuclear power station, were rescued. 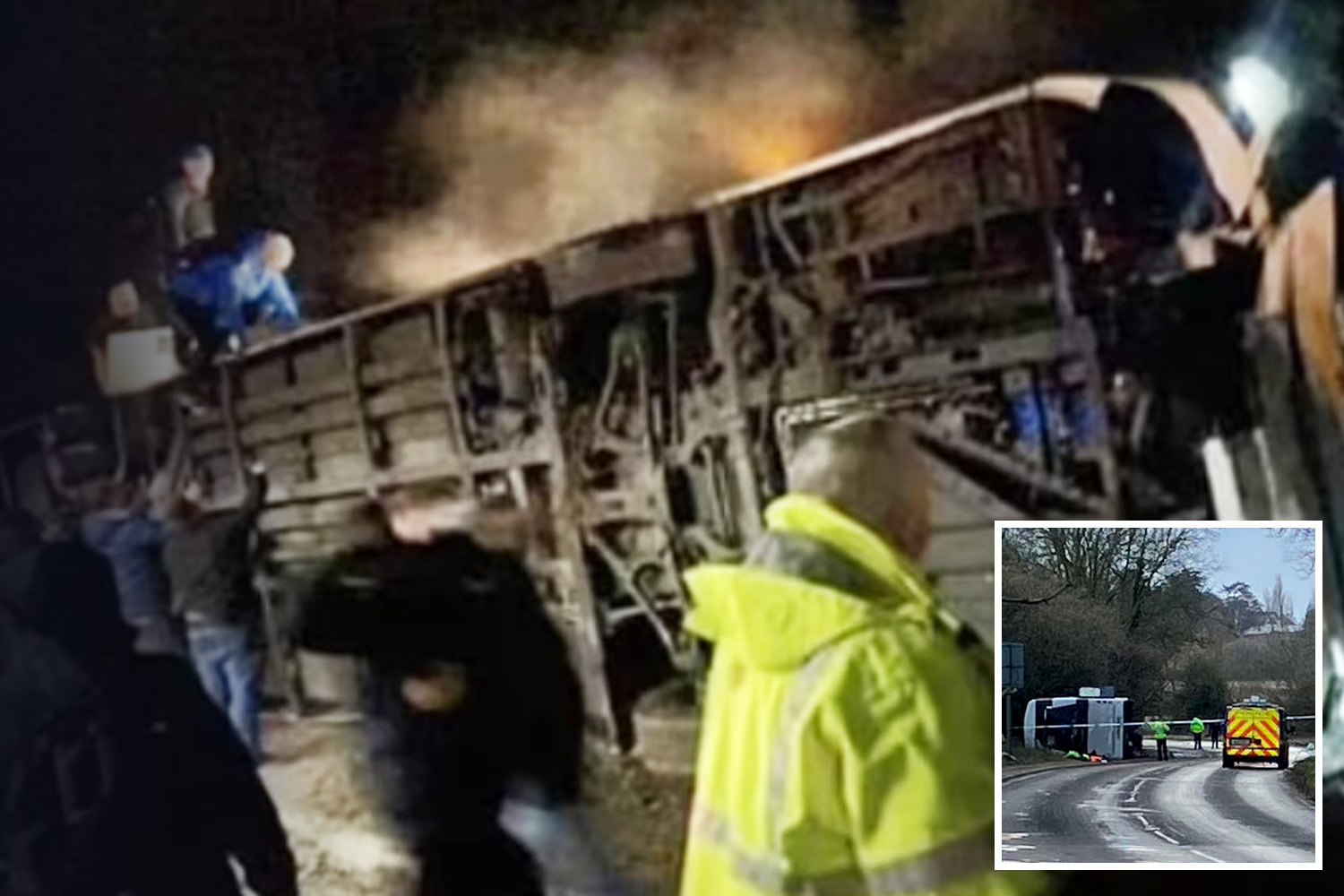 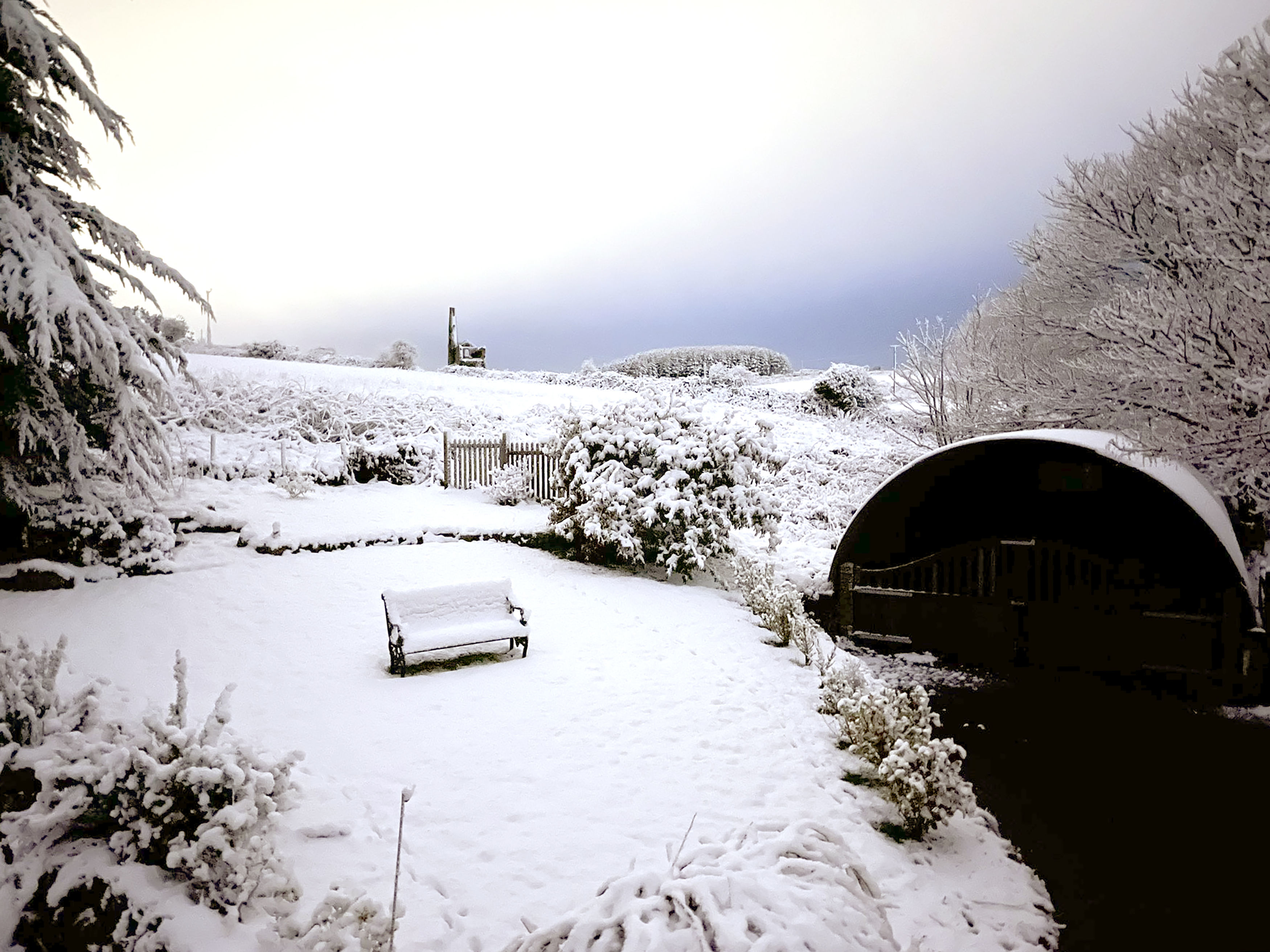 People can be heard yelling while others clamber across the overturned coach in the dark.

Meanwhile, a resident has told of how she woke to the crash and could hear screaming and shouting.

Charis Ware, 45, said she rushed out to see about 20 ambulances surrounding the overturned bus.

The mum-of-four, who lives next to the crash site on the A39 near Callington, recalled the horror.

FROM BISH TO BUGZY

She told The Sun: "It was really scary. I heard lots of banging and shouting and screaming, and horns honking which woke me around 6am.

"My partner Chris is a medic at the power station so he ran up there to help.

"There were blue lights everywhere, it was chaos. There was around 20 ambulances."

Charis said she'd "never seen anything that bad" on her road.

She added:"It's a very busy fast road and can be quite dangerous.

"I'm just glad there weren't any fatalities but I heard that a couple of people were seriously injured and have gone to hospital."

The mum said she wasn't surprised to hear the weather conditions may have played a part in the crash.

"There was a huge puddle there yesterday and I knew it was going to be dangerous when it froze," she added.

"There was no grit put down.

"The bus was on its way to the power station and hit the ice and span round and flipped onto the verge."

At around 11am, Somerset Passenger Solutions confirmed it was one of their buses involved in the crash.

A spokesman said: "There were no fatalities at the scene.

"The emergency services were called immediately and a road closure was put in place.

"A number of passengers onboard the vehicle received treatment at the scene with some taken to hospital.

"Somerset Passenger Solutions is working closely with the relevant authorities and emergency services and an investigation is taking place into the root cause of the accident.

"We are supporting our colleagues and passengers who were involved in the incident."

A source earlier told The Enquirer: "The bus is understood to have swerved to avoid a motorbike.

"The air ambulance is on site and medics have set up a triage scene at the site."

Cops said the vehicle flipped on its side amid "extremely icy and dangerous" conditions.

The road remains closed with a "significant number" of police, fire and ambulance crews on site.

A Hinkley Point C spokesperson said: "A bus carrying members of the workforce has been involved in a traffic incident on the A39 in Bridgwater.

"Emergency services are on the scene and travel to and from the site has been suspended."

Avon and Somerset Police today urged people to "only travel if essential" following this morning's crash and 53 others last night.

A further 67 calls were received for other road-related incidents between 6pm and 11pm, mostly as a result of plunging temperatures which fell to as low as -10C overnight.

Seven are believed to have resulted in injuries.

Superintendent Mark Runacres said: "We are advising the public to only travel where absolutely essential due to the treacherous driving conditions.

"If travel is necessary, we ask the public to take extreme caution and allow additional time to travel.

"We have seen a significantly higher number of road-related collisions and incidents in the past 12 hours, which has increased the demand on police resources.

"We are working with local authorities and National Highways to ensure roads are properly gritted ahead of the rush hour traffic to improve driving conditions."

South Western Ambulance Service added: "Please take care while travelling this morning, the conditions are extremely icy due to the freezing overnight temperatures and residual water on the road from the past week's wet weather."

The Met Office has warned of huge travel delays and power cuts amid heavy snow.

It comes after forecasters confirmed last night was the coldest of the year.

The Met Office has warned of huge travel delays and power cuts amid heavy snow. 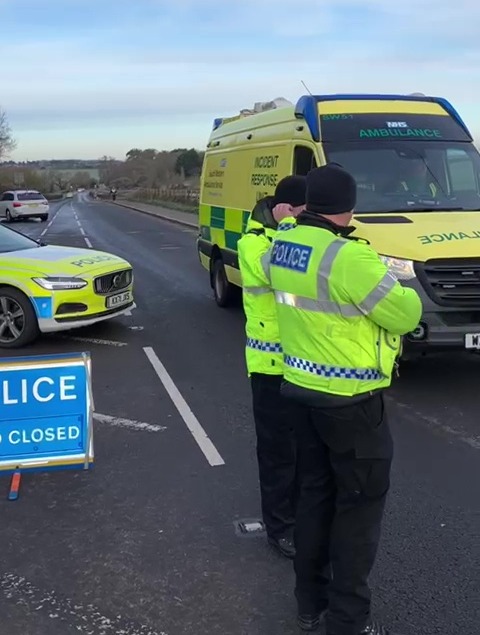 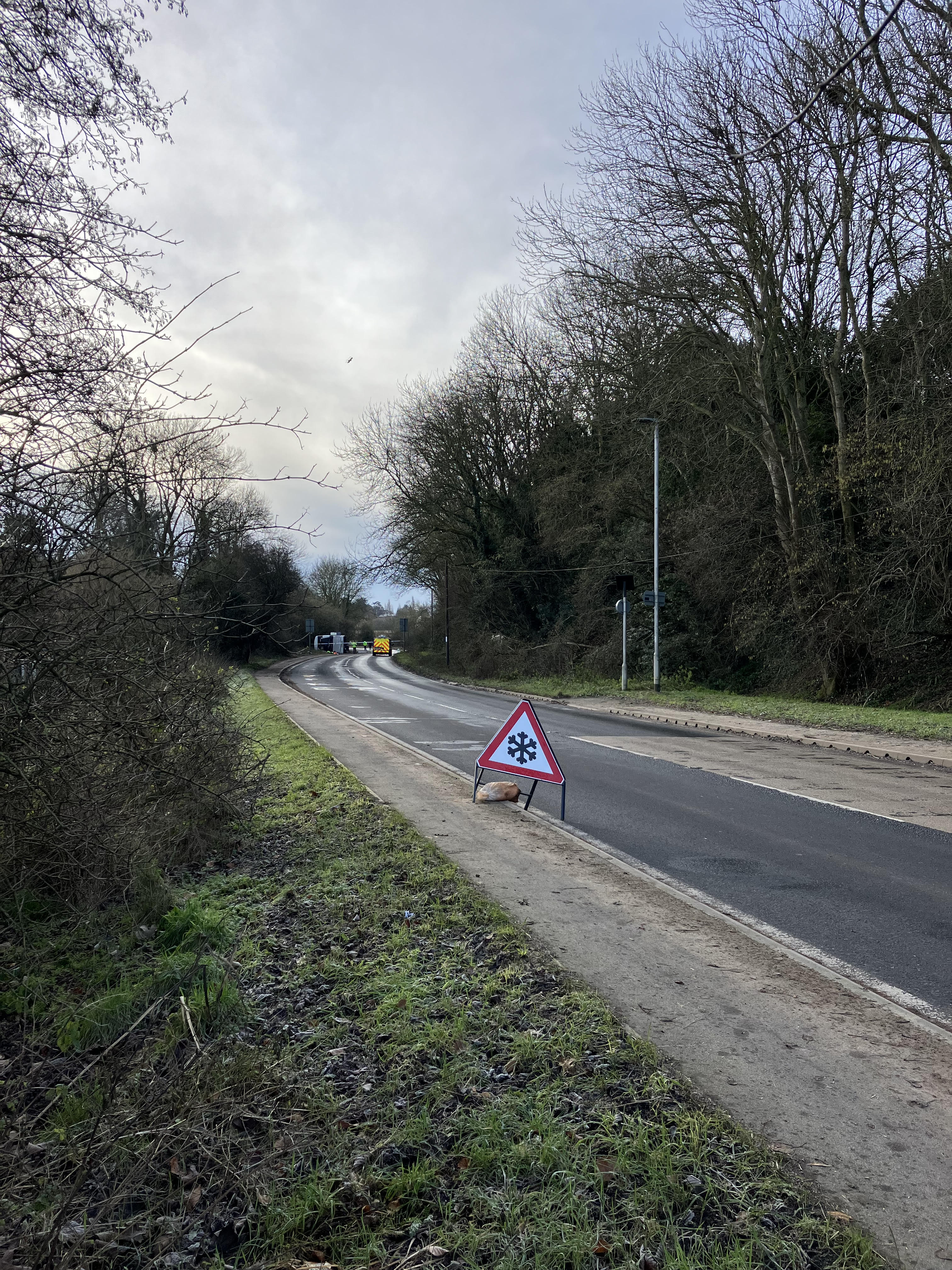 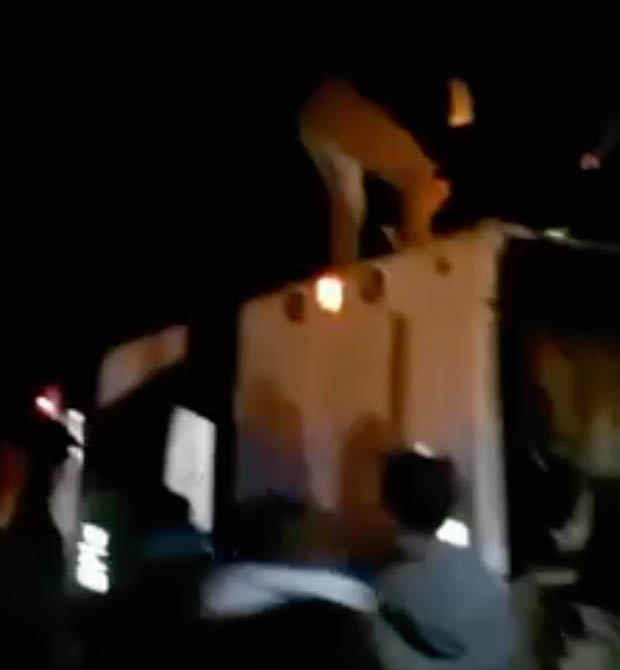 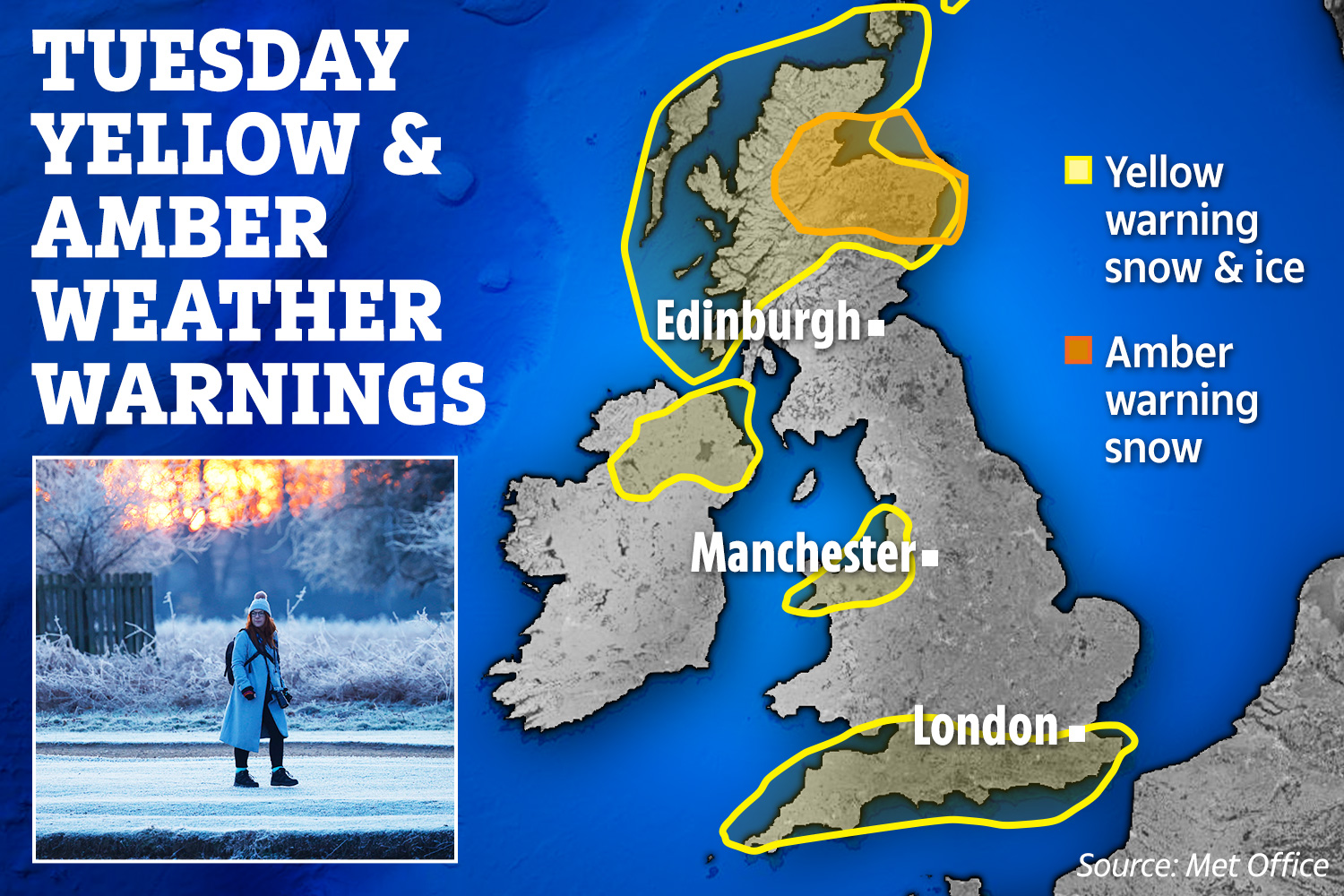