Army trucks rolled into Salisbury last night to start the clean-up operation after the poisoning of ex-spy Sergei Skripal and his daughter Yulia. 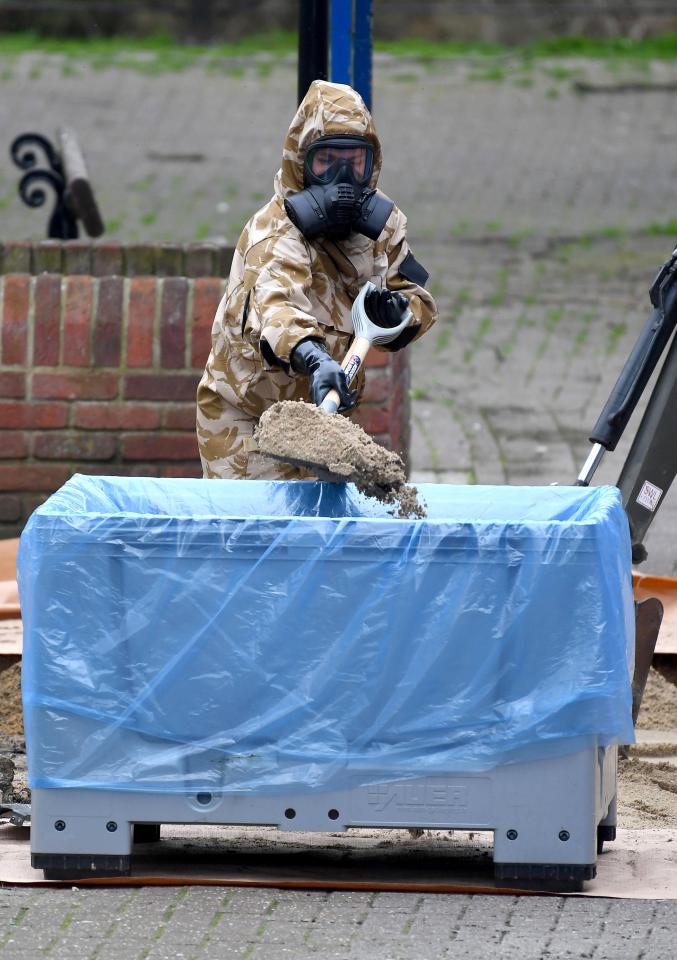 The area around a bench where the Russian pair collapsed more than six weeks ago, as well as a restaurant and pub, are among nine "hotspots" to be decontaminated after the nerve agent attack.

Soldiers were shown unloading large metal containers and other equipment for the process, which could take several months.

The paving operation will include collecting samples such as soil, turf and paving stones, then testing, cleaning and retesting to eradicate any trace of the nerve agent Novichok.

The process is being overseen by the Department for Environment, Food and Rural Affairs. 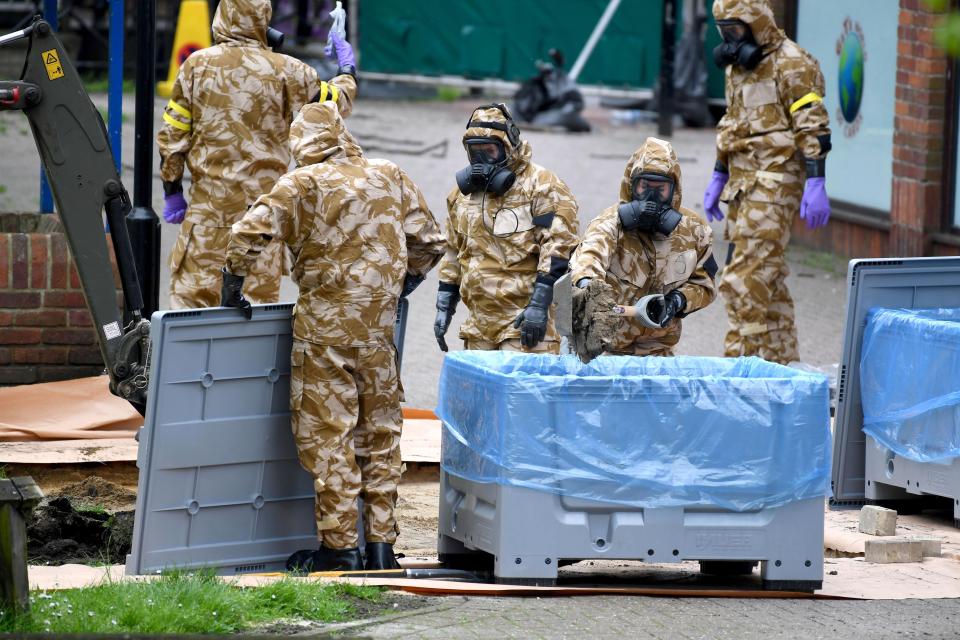 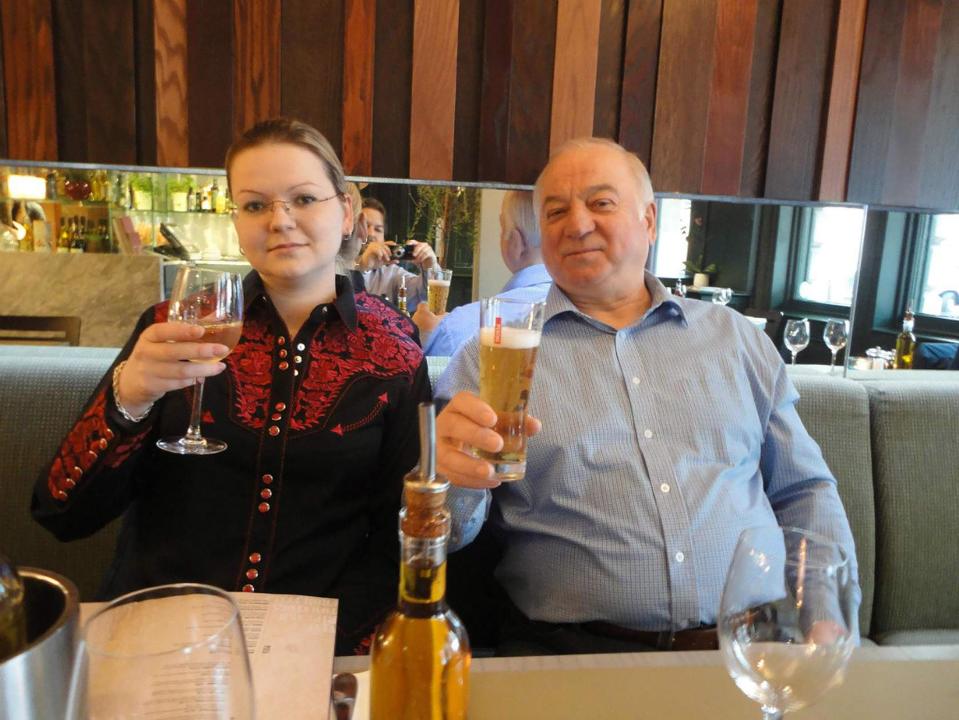 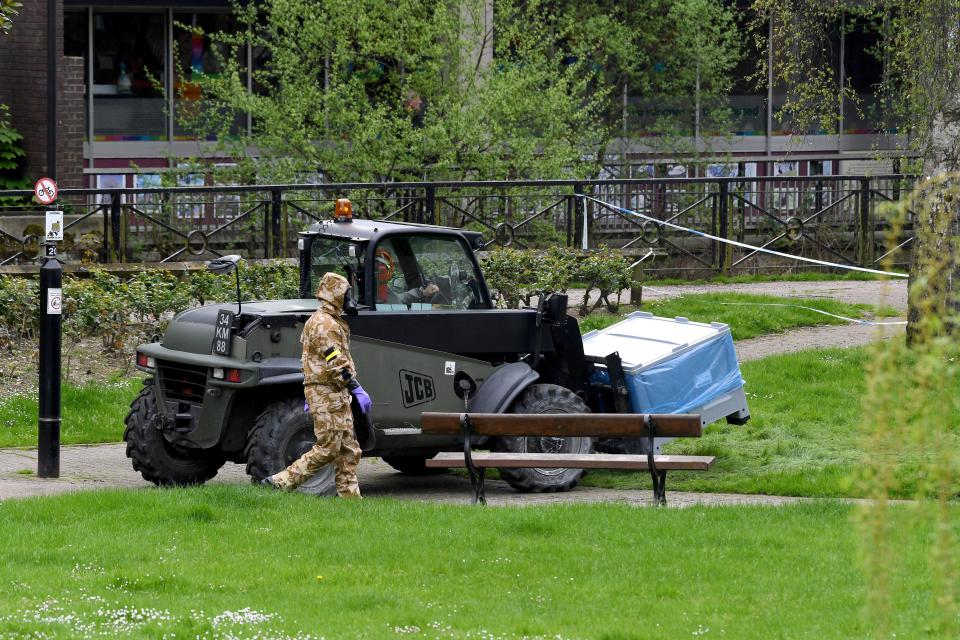 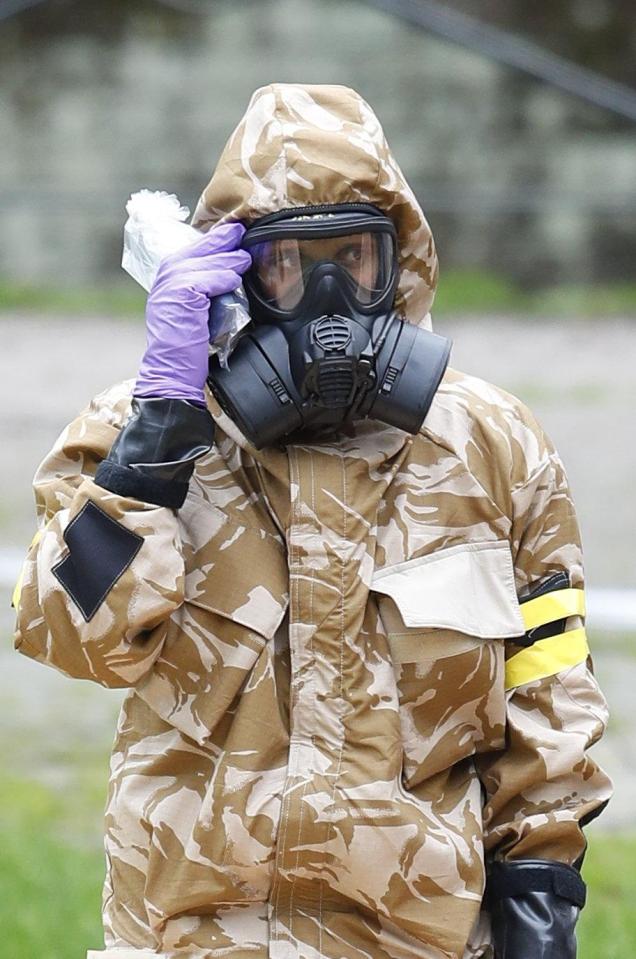 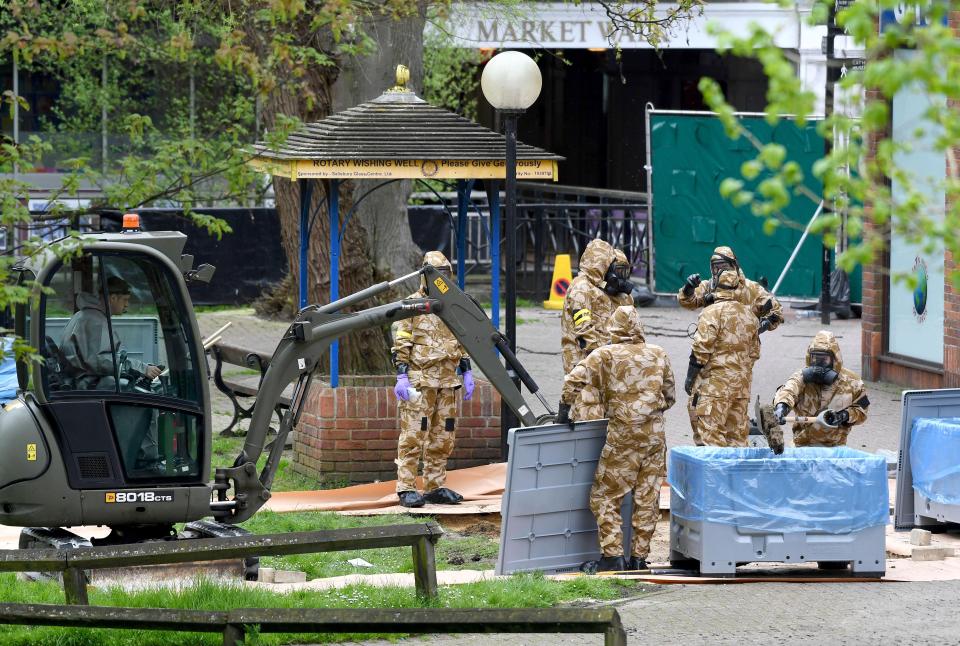 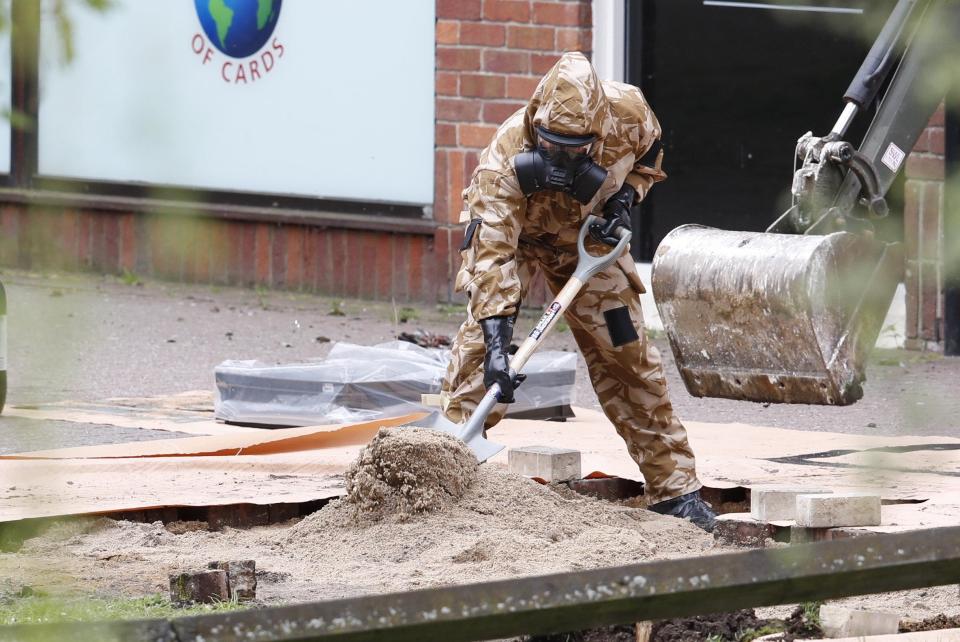 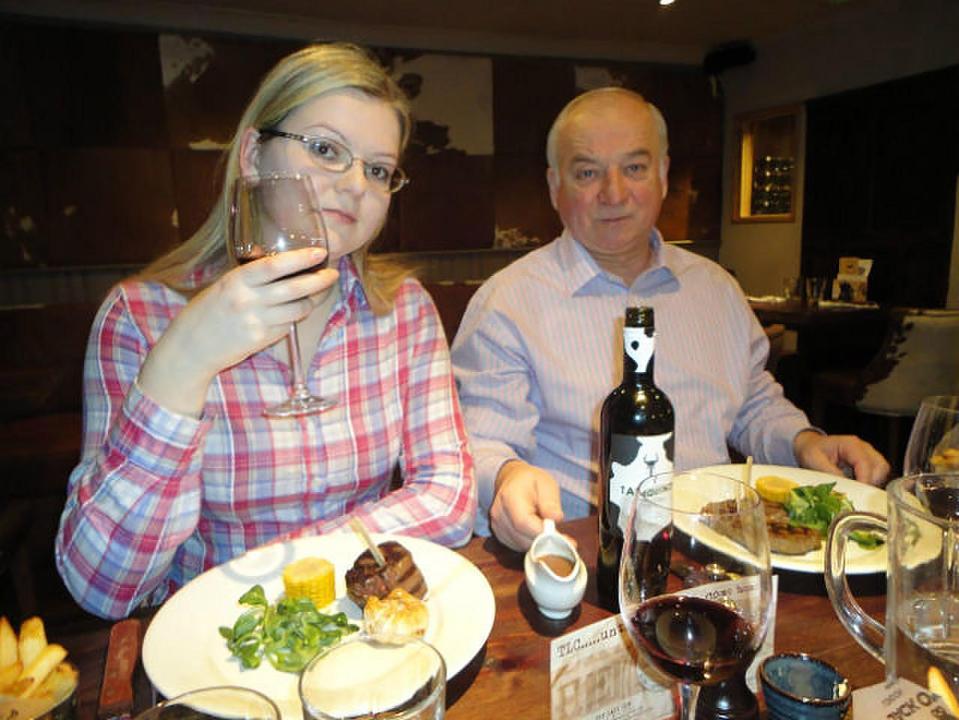 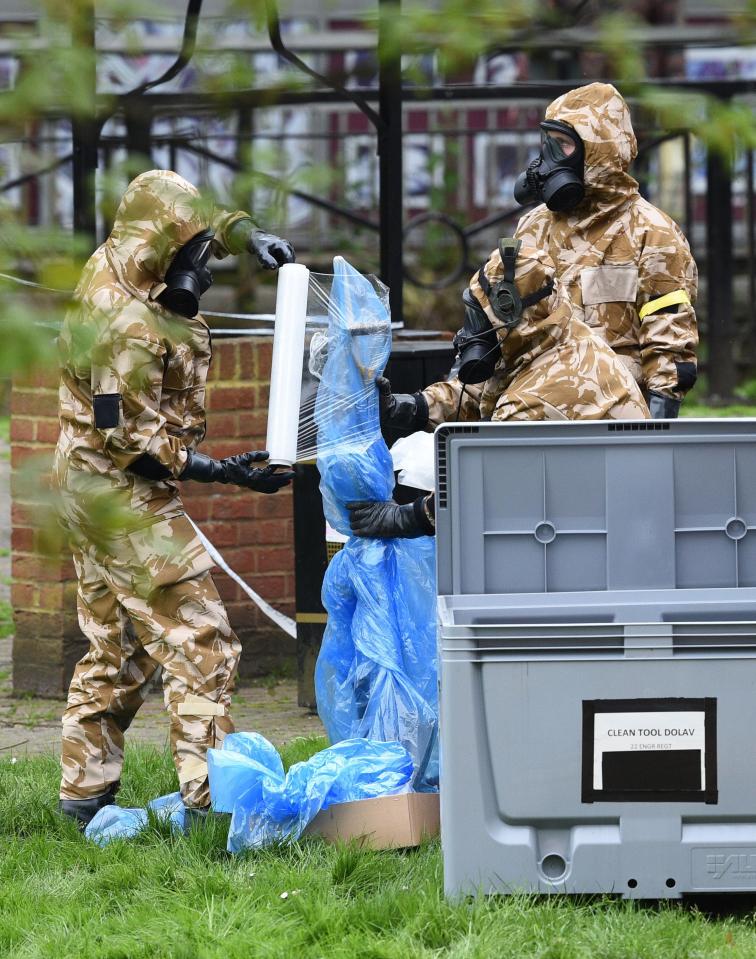 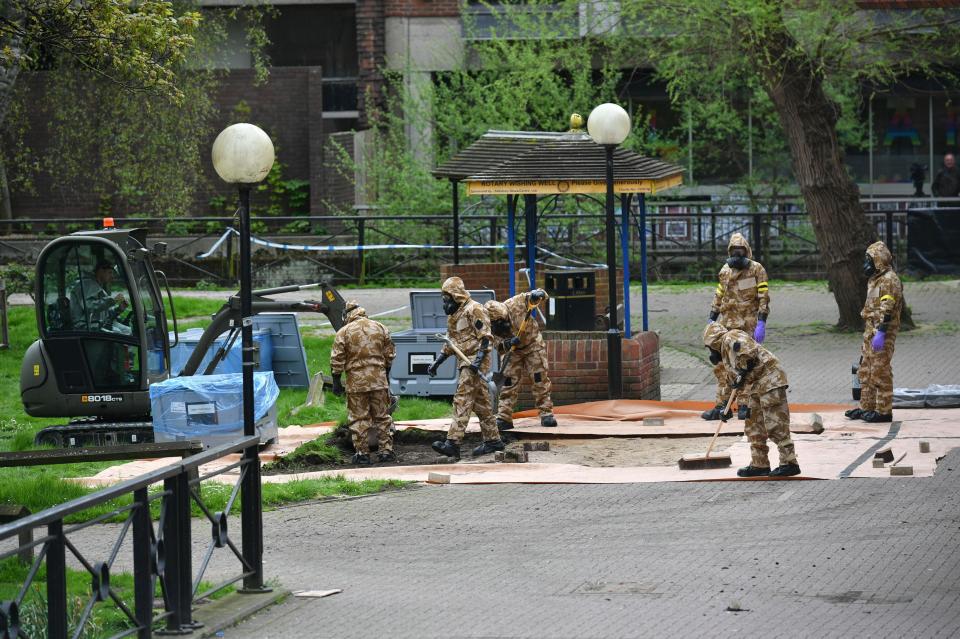 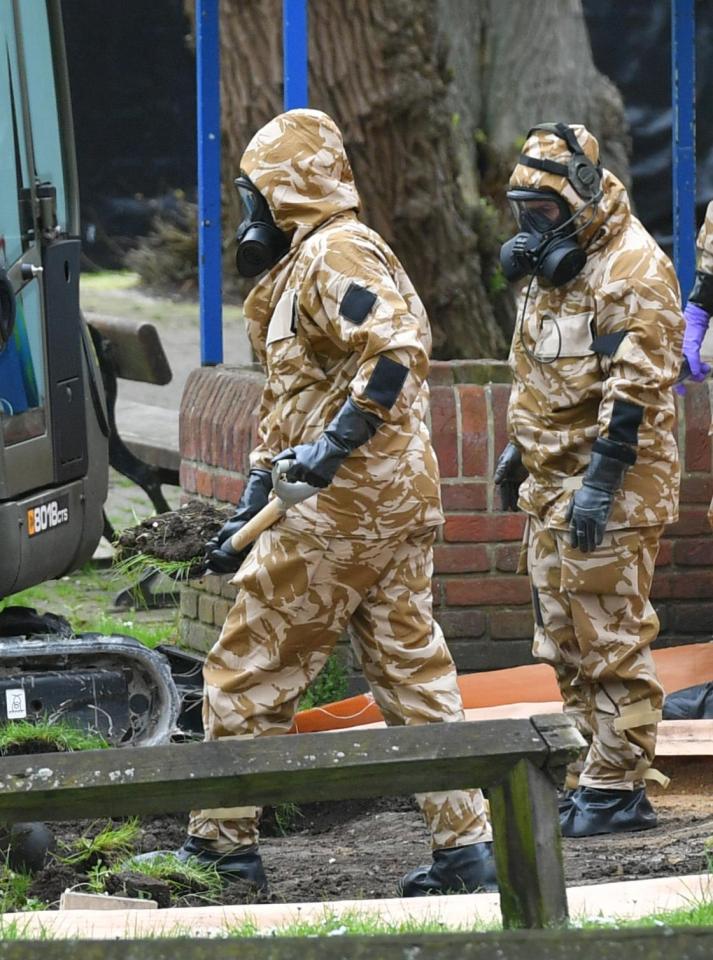 Ian Boyd, the chief scientific adviser of the department, said last week that each of the nine sites could still contain tiny traces of Novichok possibly still as toxic as when it was left there.

The sites will be watched 24 hours a day to stop intruders during the cleaning work in Salisbury after the March 4 attack.

Yulia, 33, is out of hospital, while Sergei, 66, is still being treated but is no longer critical.