Snow forecasters have recently caught flurries descending across the UK. January typically sees the most wintry conditions countrywide, with noticeably plummeting temperatures this side of the new year. While some people will welcome the picturesque scenes, others could find themselves in danger.

Where is it snowing right now?

Potentially deep snow has fallen across the UK this morning.

According to forecasters with WXCharts, few parts of the country have escaped it.

They found it was deepest further north in Scotland, mostly around the highlands. 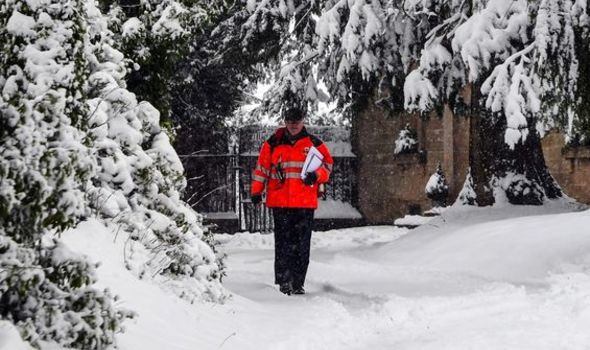 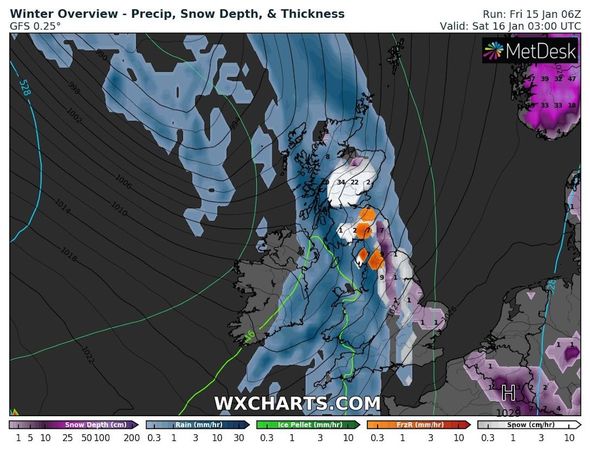 Central Scotland, mainly around the Cairngorms, saw more than 10cm of snow this morning.

From there, snowfall stretches out through most of the country but in a lighter concentration.

Both Inverness and Edinburgh saw snow totals between one and five centimetres.

Snow then extends south from Scotland into Northern England. 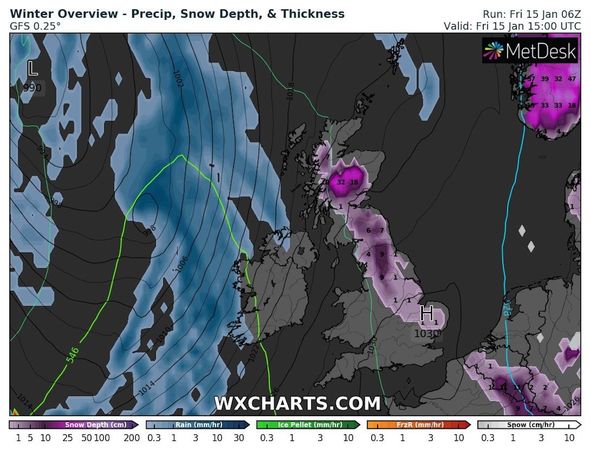 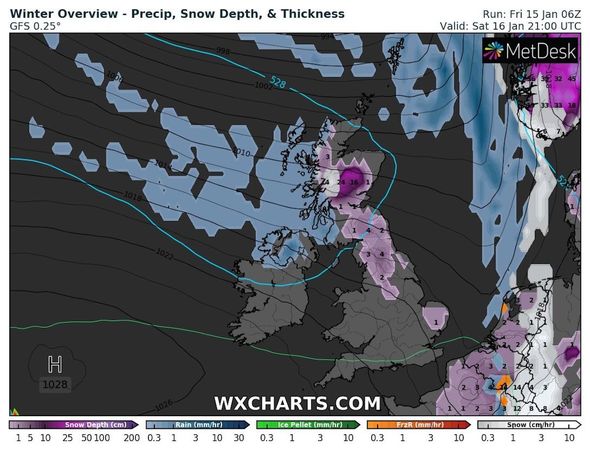 Newcastle and Manchester woke up to 9cm of snow this morning.

Forecasters expect coverage to decrease throughout the day to around 1cm and 4cm, with further flurries across the east coast.

WXCharts shows the snow will have mostly dissipated by Monday, but in the meantime could pose risks to health and travel.

The Met Office has issued a selection of warnings for the UK this morning. 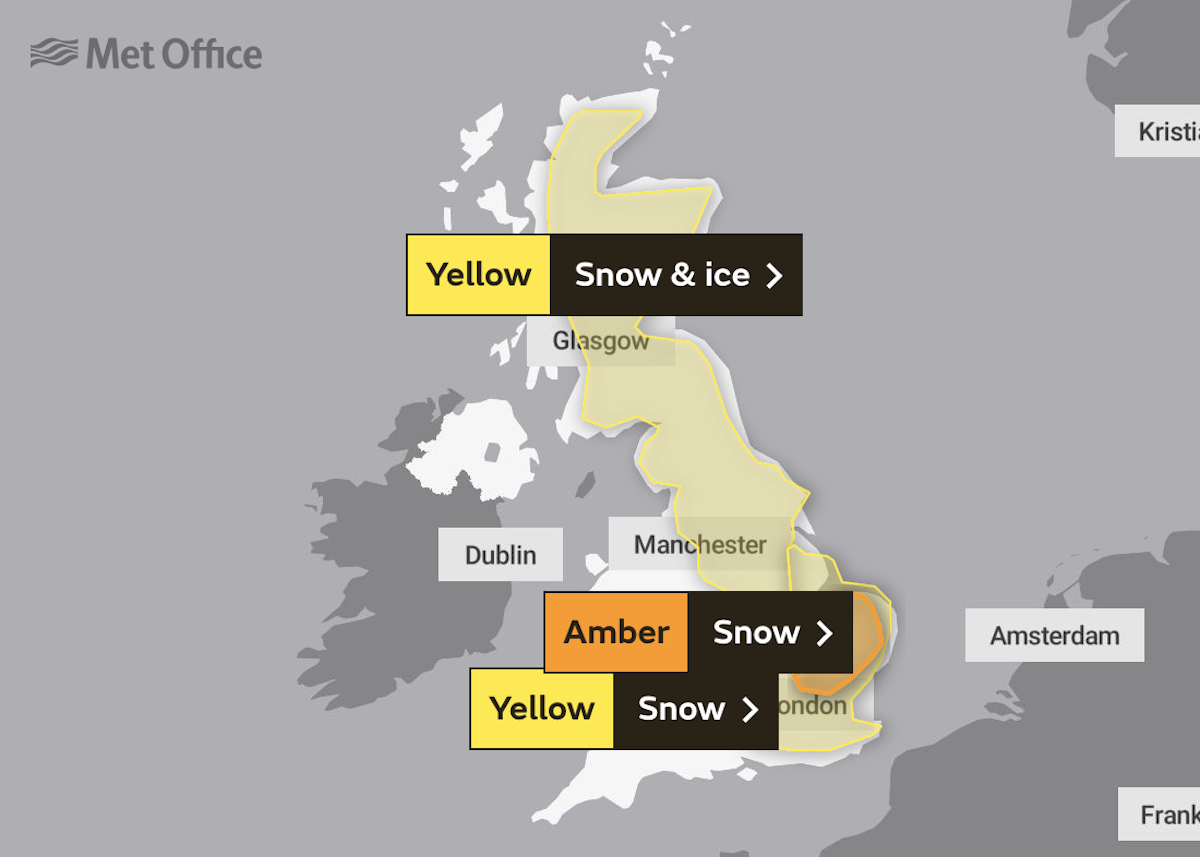 The agency has placed three separate warnings for the country – two yellow and one amber.

One snow and ice warning extends from Scotland down to Nottingham from 12am to 6pm, and another covers eastern England from Oxford to Norwich from 3am to 8pm.

The amber warning, which covers a smaller part of eastern England from 5am to 2pm warns of “heavy” snowfall.

The warning states: “An area of rain will move eastwards through Saturday and is likely to turn to snow as this runs into cold air over eastern England.

“Snow is likely to fall to low levels on the leading edge of the rain area before turning back to rain later from the west.

“East Anglia looks most at risk of seeing snow for longest.