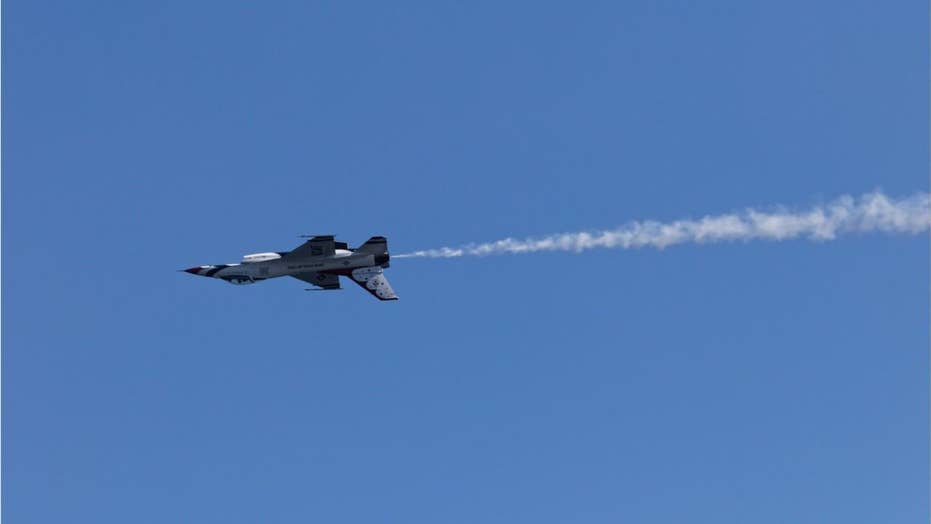 Two Marine pilots were grounded after creating a flight pattern in the shape of a penis. The incident is currently pending an investigation.

When two U.S. Naval officers decided to create a phallic drawing in the clear blue skies across Washington state two years ago using the exhaust of their jet, they apparently never thought it would spark an official probe and draw the eyes of leadership thousands of miles away in the nation’s capital, new transcripts show.

In an extensive investigation report obtained by The Navy Times through a Freedom of Information Act request, the two junior officers of Electronic Attack Squadron 130 appeared to have plenty of time to kill during their 90-minute training session on Nov. 16, 2017 before a spur of the moment decision to make the sky drawing.

“Draw a giant penis,” the pilot's cockpit officer said. “That would be awesome.”

“What did you do on your flight?” the pilot replied back. “Oh, we turned dinosaurs into sky penises.”

The penis plot's development strategy between the two was captured on the cockpit video recording system of the EA-18G Growler jet and included in a lengthy transcript obtained by The Navy Times.

“I could definitely draw one, that would be easy,” the pilot said. “I could basically draw a figure eight and turn around and come back. I’m gonna go down, grab some speed and hopefully get out of the contrail layer so they’re not connected to each other.”

The pilot then continued: "Dude, that would be so funny. Airliner’s coming back on their way into Seattle, just this big (expletive)ing, giant penis. We could almost draw a vein in the middle of it too.”

After figuring out what altitude would work and logistics to get the direction correct, the pilot remarked some features would be "a little lopsided."

But when their creation was complete, the two flew some distance away in order to oversee their work while laughing and taking photos, according to the Navy Times.

“Oh yes, that was (expletive)ing amazing,” the pilot said. “This is so obvious.”

It was also apparently obvious to people on the ground. Multiple people at the time sent photos into KREM2 to report the genitalia in the skies above them, with one woman complaining that she "might have to explain to her young children what the drawings were." 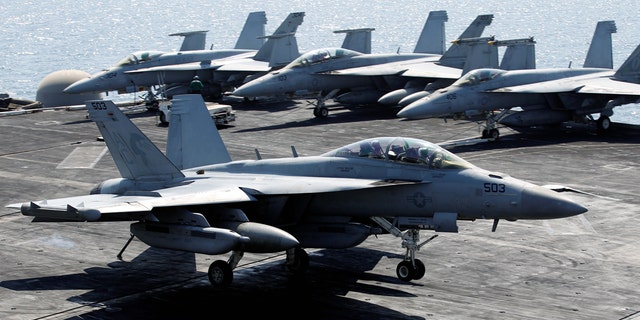 An EA-18G Growler like the one used to draw a phallic image in the sky over Washington state in 2017.
(REUTERS/Hamad I Mohammed)

Hours after the skyward hijinks, the squadron sent an alert to officials back in Washington D.C. that the phallic art was going to get a lot more eyeballs.

“Aircrew maneuvered an EA-18G aircraft in a pattern that resulted in contrails depicting an obscene symbol when viewed from the ground,” the alert warned, according to documents obtained by The Navy Times. “Media attention is expected.”

The Navy told KREM2 at the time: "The Navy holds its aircrew to the highest standards and we find this absolutely unacceptable, of zero training value and we are holding the crew accountable."

In a subsequent investigation, the pilot wrote in a statement obtained by the Navy Times: "My initial reaction was no, bad. But for some reason still unknown to me, I eventually decided to do it.”

The lieutenants responsible were not identified in the report, and it was not apparent what discipline they faced. A request for comment to the Navy's public affairs division by Fox News was not immediately returned. In the report obtained by the Navy Times, an investigator wrote, “While the skywriting conducted by (the lieutenants) was crude, immature, and unprofessional, it was not premeditated or planned and not in keeping with their character demonstrated prior to the incident."

The investigator added: "Even so, it has caused the United States Navy severe embarrassment in the public arena and jeopardizes the strategic narrative that underpins the justification of the flight hour program."

The Navy incident happened a year before two U.S. Marine Corps pilots were grounded pending an investigation into a digitally-mapped flight path over Southern California skies that appeared to be in the shape of male genitalia.